HEMBECK: The Beatles, the Fantastic Four, Frankenstein and Me

Home » COMICS HISTORY » HEMBECK: The Beatles, the Fantastic Four, Frankenstein and Me

A BEATLES WEEK Special! Satirist Supreme Fred Hembeck turns on the Wayback Machine to a day in 1964 …

You ever been out in public and have complete strangers comment on just how happy you look? Happened to me once. The day I bought Fantastic Four Annual #2, in fact. No, not directly after purchasing this Marvel Masterpiece, though that did have a lot to do with my sunnier-than-usual disposition. 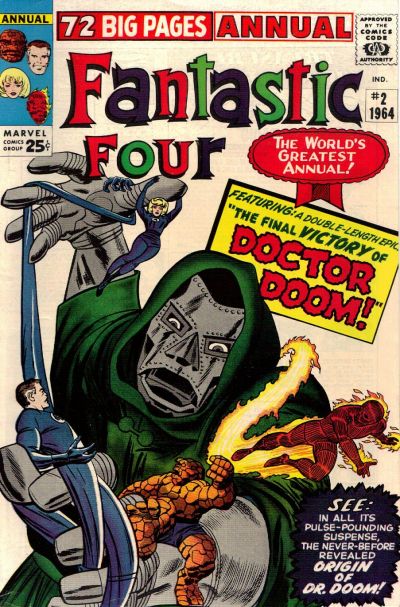 I was in the record section of a department store, one we’d never been to before, and yet, I remember it as clearly as if it happened yesterday.

A middle-aged couple spied me clutching a copy of the then brand-new United Artists release of “A Hard Day’s Night,” the soundtrack to the Beatles’ first film, and apparently could sense the palpable joy I exuded in my anticipation of plunking my pennies down for this exuberant recording. 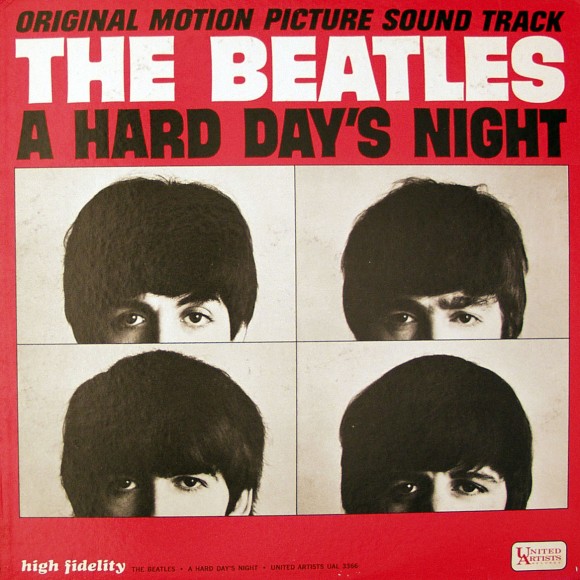 I don’t recall their exact words — it coulda been something like “Look Martha, the kid’s pretty happy with himself…” — but I do remember that they sensed my mood perfectly. Because, not only did I have the Fab Four’s latest in my hot little hands, I knew I had the Fantastic Four’s latest waiting at home for me as well!

And it was all Dr. Doom, all the time!! 72 pages focusing on the greatest villain in the history of comics! Whoa! And beyond the teasingly titled 25-page cover epic, ” The Final Victory of Dr. Doom,” in addition to a brand-new 12-page exploration of the Secret Origin of said Latverian HMO practitioner, there was a reprint of Fantastic Four #5.

Now, generally, Marvel annuals were favored over their DC counterparts primarily due to their LACK of reprints, but here was a special case. Y’see, I missed F.F.#5 on the first go round! Number 4 was my initial F.F., but somehow, #6 became my second!?! That issue found the good Doctor allaying himself with the menace the quartet had faced in their fourth (and my first) outing, Prince Namor the Sub-Mariner. 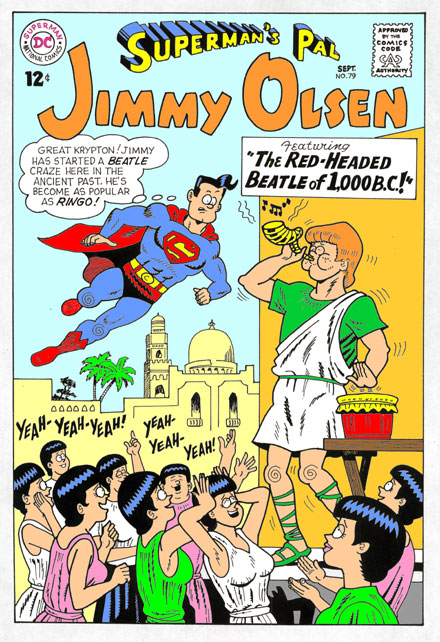 Right from the outset, I could tell this fellow in the riveted face plate was something special, an opinion that only intensified as he made what seemed to be numerous appearances over the next several years, memorable each and every one of them.

Still, I was denied that all-important debut, made all the more frustrating by the knowledge that it showcased, up until then, the sole example of Joe Sinnott’s slick embellishments over Jack Kirby’s pulse-pounding pencils on the Fantastic Four! But, finally, I was to be denied no longer!

Mix in the inking of Chic Stone on the King, a sentimental favorite of mine, that aforementioned Beatles disc, and what more could I ask for?

Well, actually there was one more thing going on that particular day. I knew that later, after reading my comic, and playing my new record enough times to drive my parents to distraction, I was going to watch “The House of Frankenstein” on TV!! 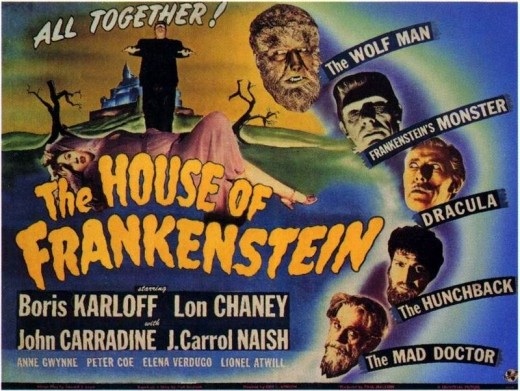 Yup, I was heavily into my Universal Monsters phase, and in the Frankenstein canon, “House” was the final entry — after the original, “Bride,” “Son of,” “Ghost of,” “Meets the Wolfman” and “House of Dracula” — AND the only one I had yet to see!!

In those long ago, pre-home video days, finishing off a series like that was quite a trick, as well as being somehow serenely satisfying!

Oh, the movie was far from a classic (only the first two qualify for that status — it was far enough removed from the original that it found Boris Karloff in the role of mad professor, not lumbering monster) but when I’d screened this entry into the ‘Stein oeuvre, I’d screened ’em all, which was, at that point in my life, a very good thing!

And that’s precisely what was written on my face when those folks encountered me amongst the black vinyl.

How exactly it ranks in the big picture, I couldn’t exactly say, but I have only to get a glimpse of the cover of Fantastic Four Annual # 2, to be warmly reminded of the day I hit the Trifecta of Eleven-Year-Old Nirvana, and you know that can’t be bad!! …

Slightly edited and reprinted from HEMBECK.com with the author’s kind permission. 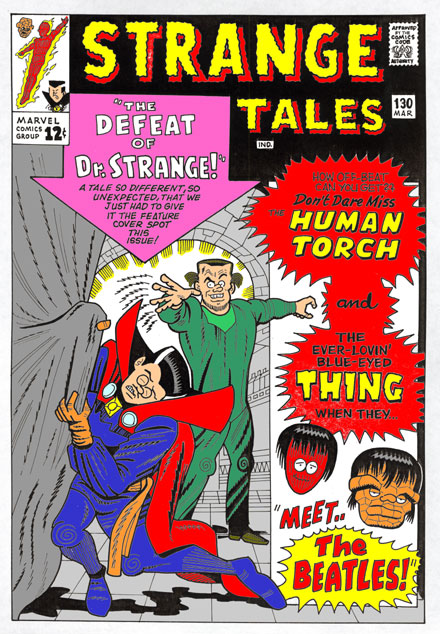