It’s Batapalooza! Here’s a review of Harley Quinn #0! It rocks!

Harley Quinn #0 is, without a doubt, one of the most entertaining comics I’ve read in the last several years.

Writers Amanda Conner and Jimmy Palmiotti bring their A games to this romp, which features no less than 17 pencillers, including Conner herself. It’s a fourth-wall shattering, color-saturated extravaganza of sexy, screwball silliness — just the kind of material that perfectly matches these creators’ collective schtick.

There’s not really much of a plot. The story, such as it is, has Harley interacting with Conner and Palmiotti while being put into a variety of nutty situations rendered by some of the top talent in the biz, including Bruce Timm, Adam Hughes, Sam Kieth, Art Baltazar, Walt Simonson and so on. (For the full list, check out the cover.) 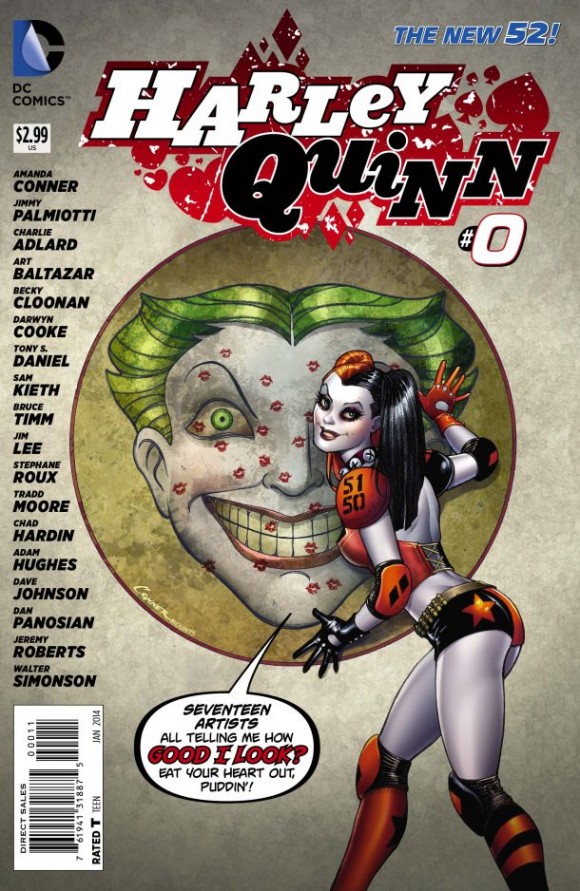 The highlight — and this isn’t a spoiler since there’s barely any story — is a sequence by Darwyn Cooke where Harley and Catwoman crash Jimmy and Amanda’s nuptials, leading to this epicness: 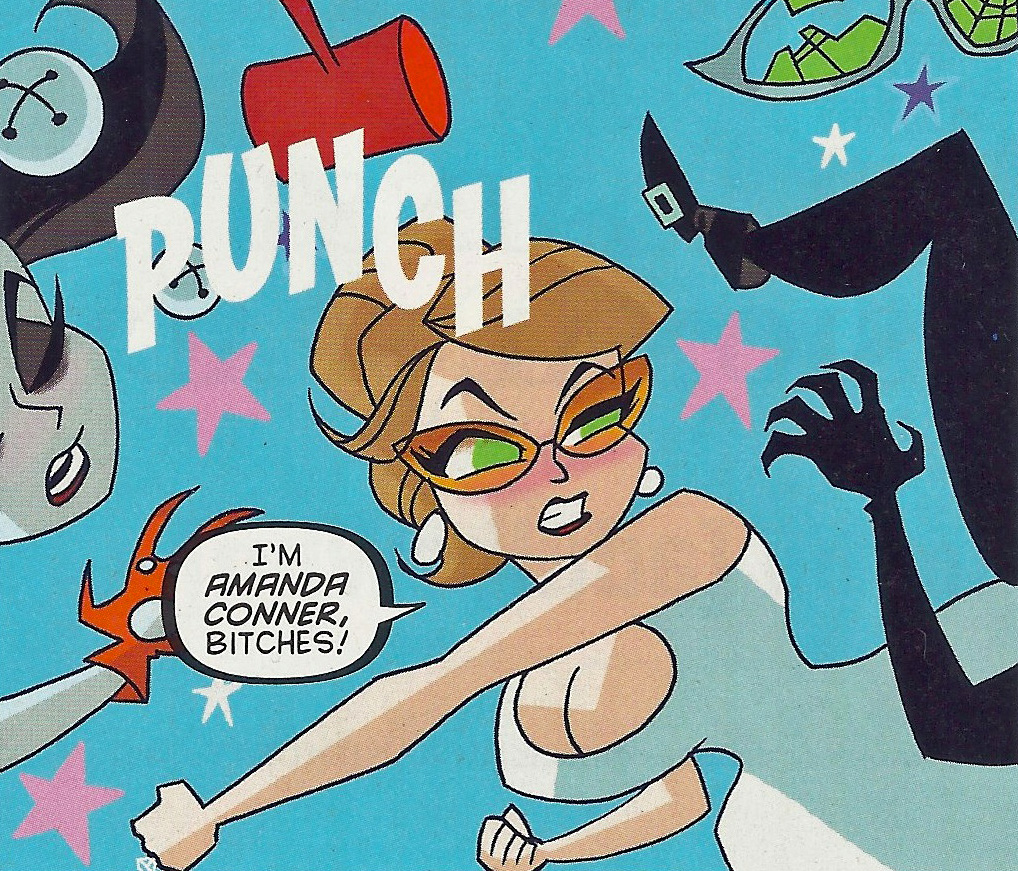 I confess I’ve never been much of a Harley fan. I always thought she was too broad and never quite fit in the Batman universe. But whatever.

And I cannot wait for the inevitable Roller Derby Harley action figure.