Batman ’66 #6, the print edition of the digital-first DC series, is out tomorrow and I had the chance to circle back to regular writer Jeff Parker for the first time since I first interviewed him when the book launched back in July. I had a number of things I wanted to follow up on, including whether we might get to see Joker, Penguin, Catwoman and the Riddler together again … so read on! 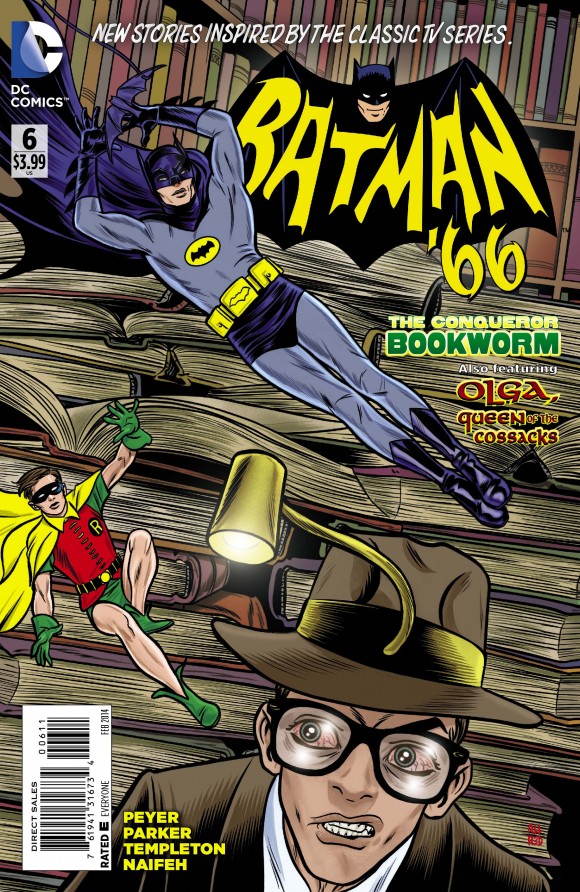 You’ve managed to squeeze in a lot of villains already, including a large number of show-only folks like King Tut and False Face. Who are some of the others we’re going to see in the next few months?

The Guilty Gunslinger, Shame, is riding in soon. I’m also working on another show-only, Marsha, Queen of Diamonds. I’m finding we can really do good stuff with villains I never was that into, it’s an excellent challenge. Still not sure I’m up to the Archer, but we’ll see. 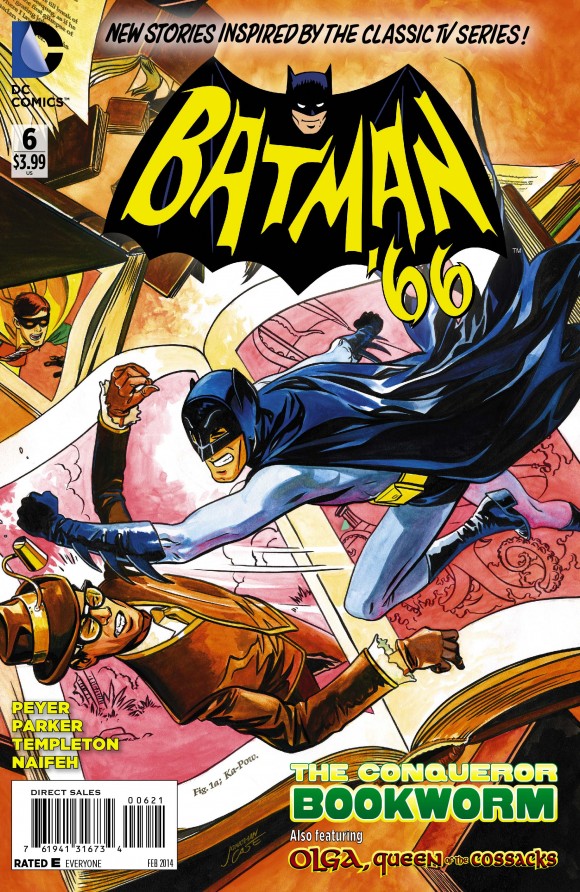 She starts turning up more and more, and you’ll see her and the Dynamic Duo team up in a big three part story that Jonathan Case returns to draw. 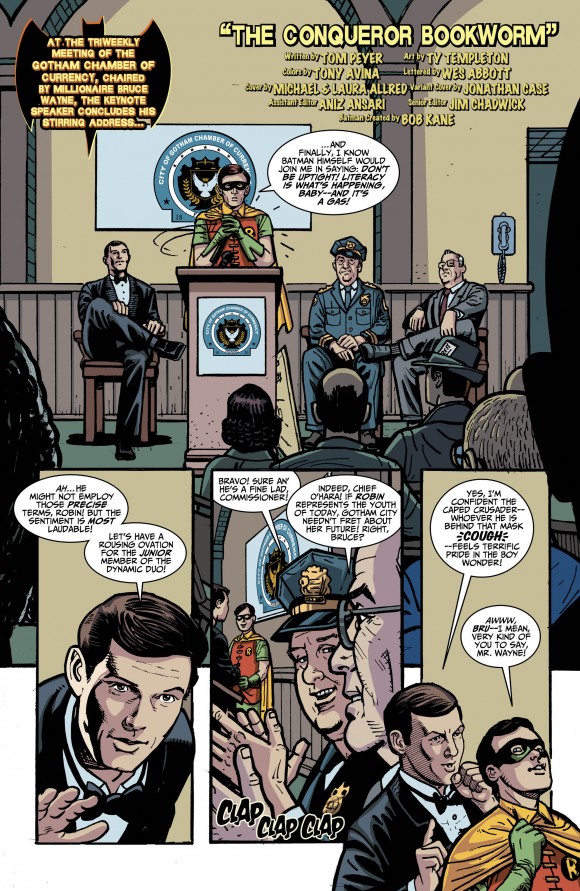 What are the chances we’ll get a sequel to the Batman ’66 movie? I mean, c’mon, you have to want to get Joker, Penguin, Riddler and Catwoman back together! (I smell an Annual!)

Hey, you’re good at this! I’m noting that now. 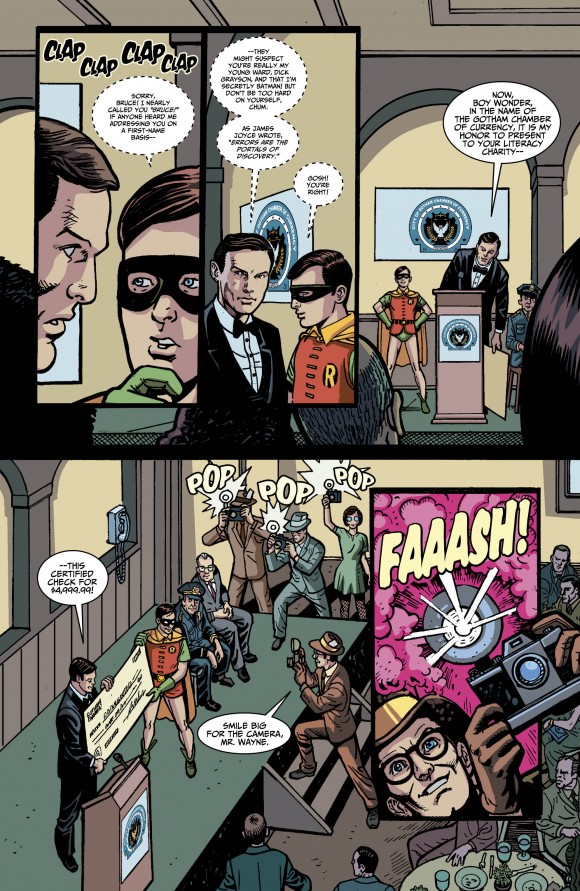 I’ve noticed that you haven’t repeated villains all that much. Why is that?

There’s so many that show fans have been waiting to see, I felt we needed to get to them first. But in that aforementioned three-parter, we get the return of Joker and Newmar-Catwoman. 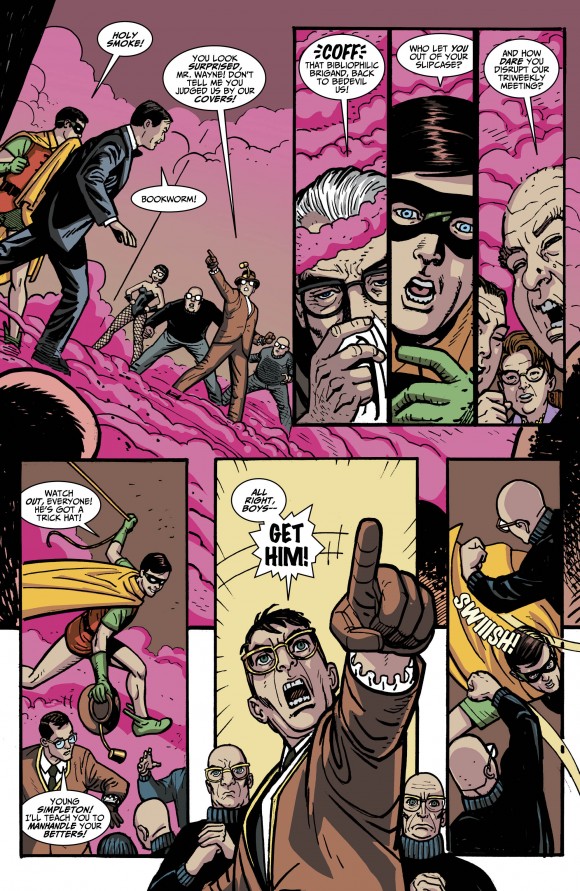 Have you heard from any of the actors who were on the show, or any of their family members?

In amazingly great timing, Julie Newmar emailed Jonathan a bunch of Catwoman pictures the other day! Presumably her favorites. So Jonathan’s heard from them before me. Our Bat Editor Jim Chadwick met Lee Meriwether earlier this year too. Which is interesting, because we’re bringing her in as another character she played on the show besides Catwoman, in a Batgirl story. (That’s gotta be Lisa Carson! — DG) 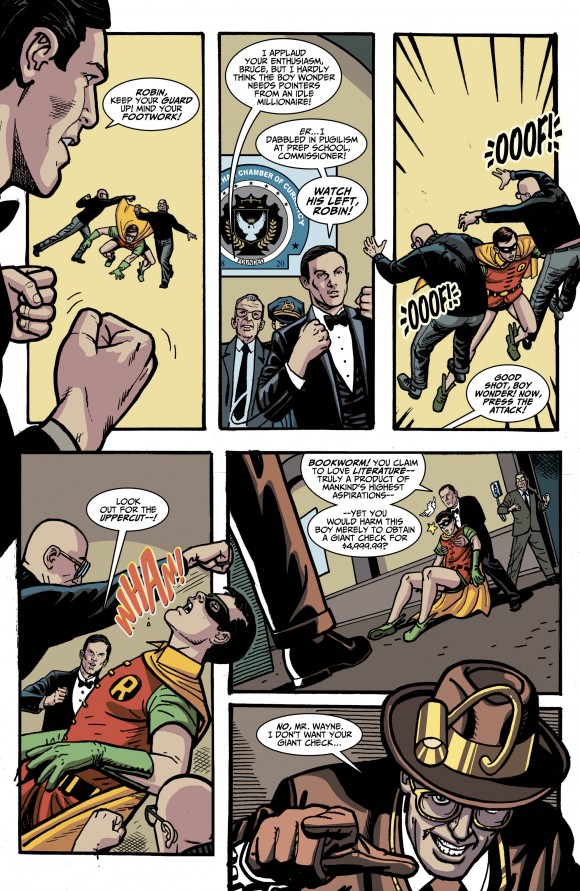 OK, I have to know: How much of the Batswag that’s out there have you gotten so far? Or is that just not your bag, as they used to say in the Swingin’ Sixties?

Almost none, and thanks for the reminder because there’s stuff I want. I hear there’s a holiday coming up and I wear a Large, if anyone is curious. 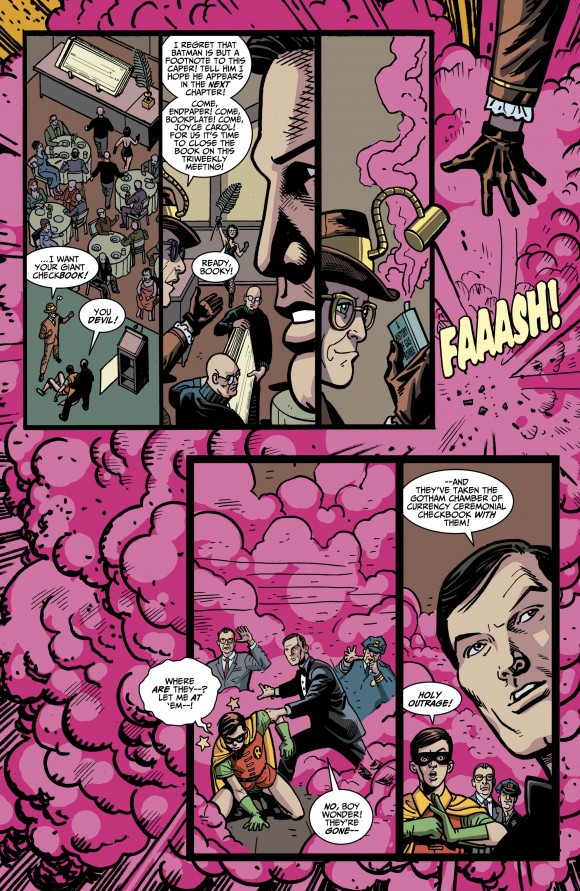 From the Batcomputer: In addition to Batman ’66 #6, there’s Batman and Two-Face #26, Batman Beyond Universe #5 plus a few minor titles. BUT we do get Harley Quinn #1, from Amanda Conner, Jimmy Palmiotti and Chad Hardin! If it’s anything like the Zero Issue, we’re in for a Bat-treat! 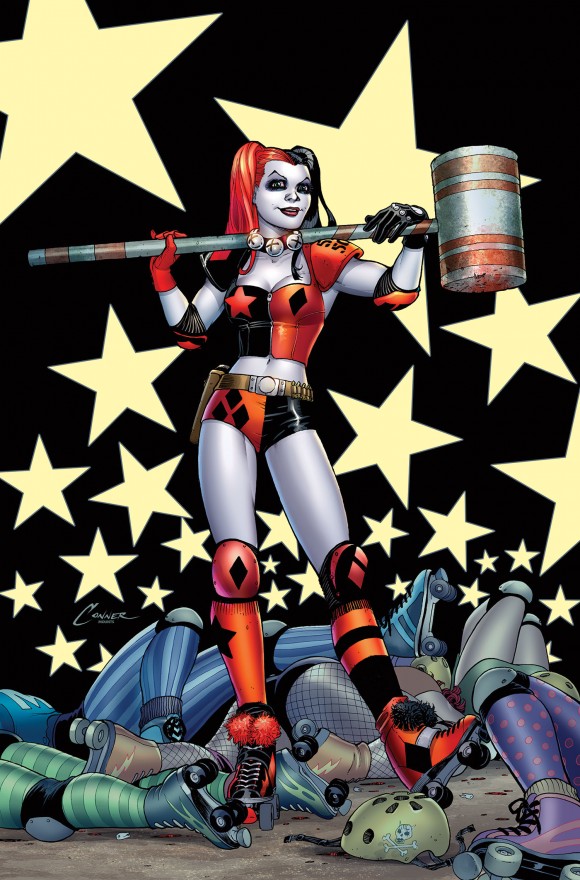