EXCLUSIVE! Behind the scenes with the Dark Knight Returns Animated-style 3-pack due this fall!

When you interview someone like Frank Miller, the toughest thing to do is come up with a question he’s never heard before. He’s iconoclastic, he’s controversial, he’s a legend.

So, when I sat down with him recently at an event at Midtown Comics in Manhattan, I figured I’d just turn the tables on him: 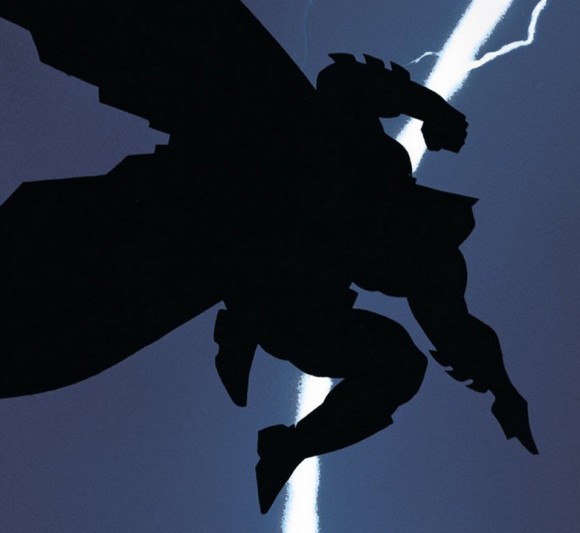 Dan Greenfield: You’ve probably heard every question there is to ask, so I’m sitting here thinking, “What about your work do you wanna talk about that you never get to discuss?”

Frank Miller: Oh. Um…Hmm… How much I love having toys made out of it.

Dan: (Laughs) Are you serious?

Frank: (Nods) I really ADORE having toys made out of characters I come up with and characters I draw and everything. Not so much the precious little models that break easily but plastic toys that kids can play with! 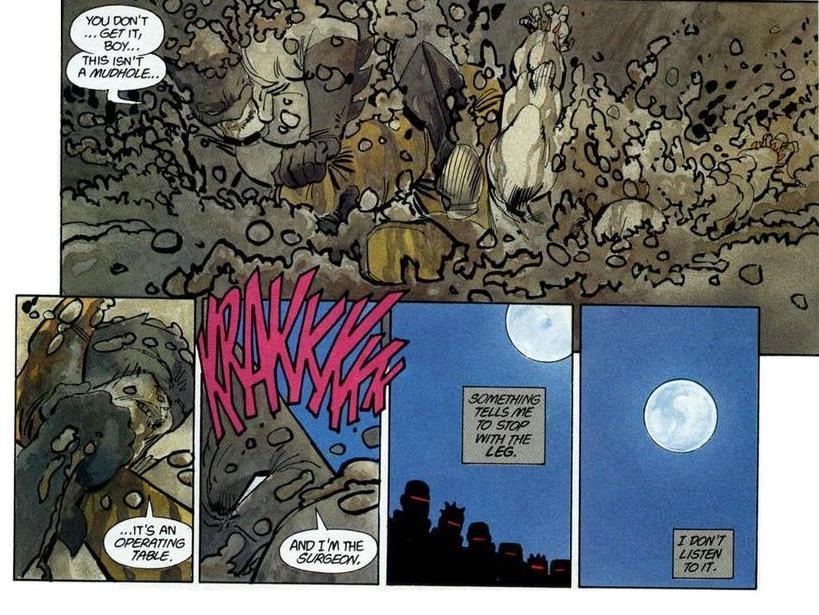 Dan: Are you pulling my leg?

Frank: Not at all! In fact, I’d also love to see more stuff animated. A great deal more. I would love, in fact, to animate Sin City. … To get connected with a Japanese animator and do a Sin City cartoon for grownups.

But I love toys, I love t-shirts, I love animation. I love all those things that gave me pleasure like comic books when I was a kid…and still do.

Dan: Were you happy with how DC’s animated version of Dark Knight Returns and Batman: Year One came out?

Frank: Um, yeah. But the one that I really loved the most was Bruce Timm’s Batman Adventures that he did. That captured Batman to perfection. What he did to Dark Knight…I almost wet myself. (Dan laughs.) I was so thrilled with the results. It was brilliantly executed. He took me to a screening of it and all I could do was shake his hand.

I gotta tell you, that was not the exchange I was expecting: Big Bad Frank Miller Wants Toys.

What makes it even better is that when I asked a bunch of creators to name their favorite Dark Knight Returns moments (click here), Darwyn Cooke picked the mudpit scene from Issue #2 — the very one he animated in that New Batman Adventures episode. 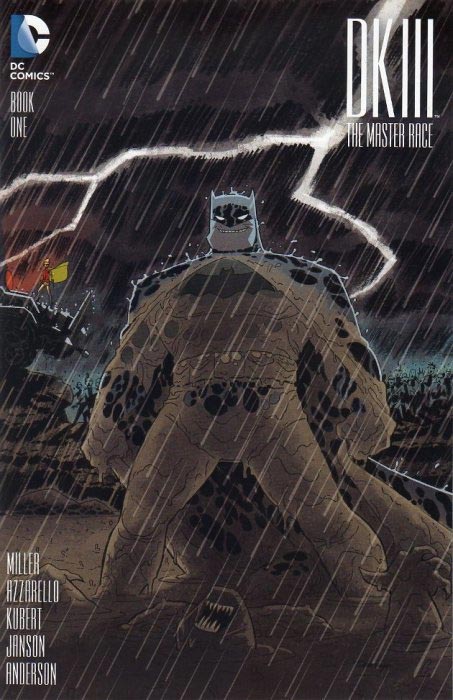 But then DC Collectibles went and announced that it’s producing a 3-pack of action figures from that episode — “Tales of the Dark Knight” — as part of its popular Batman: The Animated Series/The New Batman Adventures line, featuring Batman, Robin and the Mutant Leader. 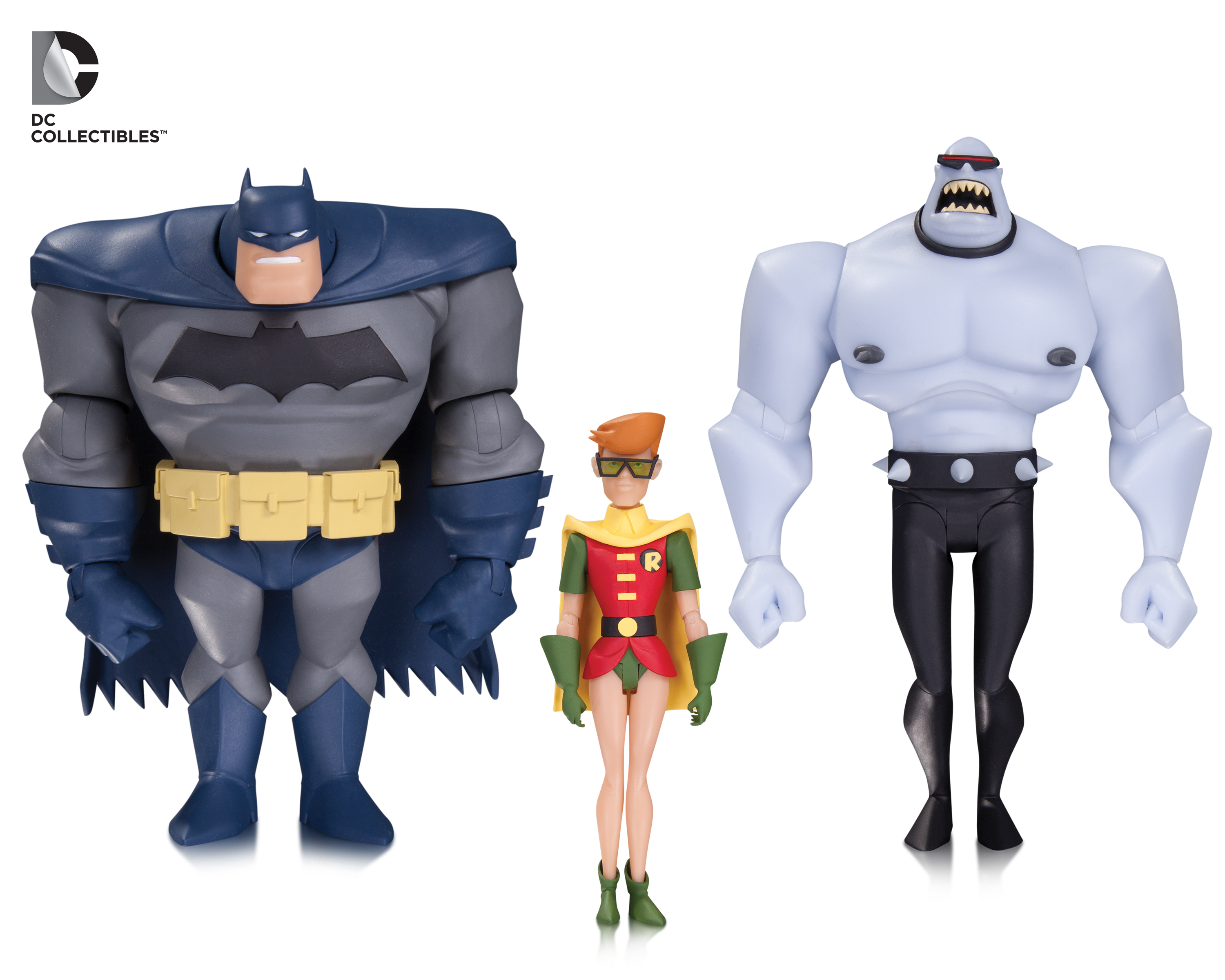 So I asked DC about it and they were more than helpful in sharing these EXCLUSIVE behind-the-scenes making-of images that show you just how detailed and articulated these figures will be — especially that bulky Bruce. 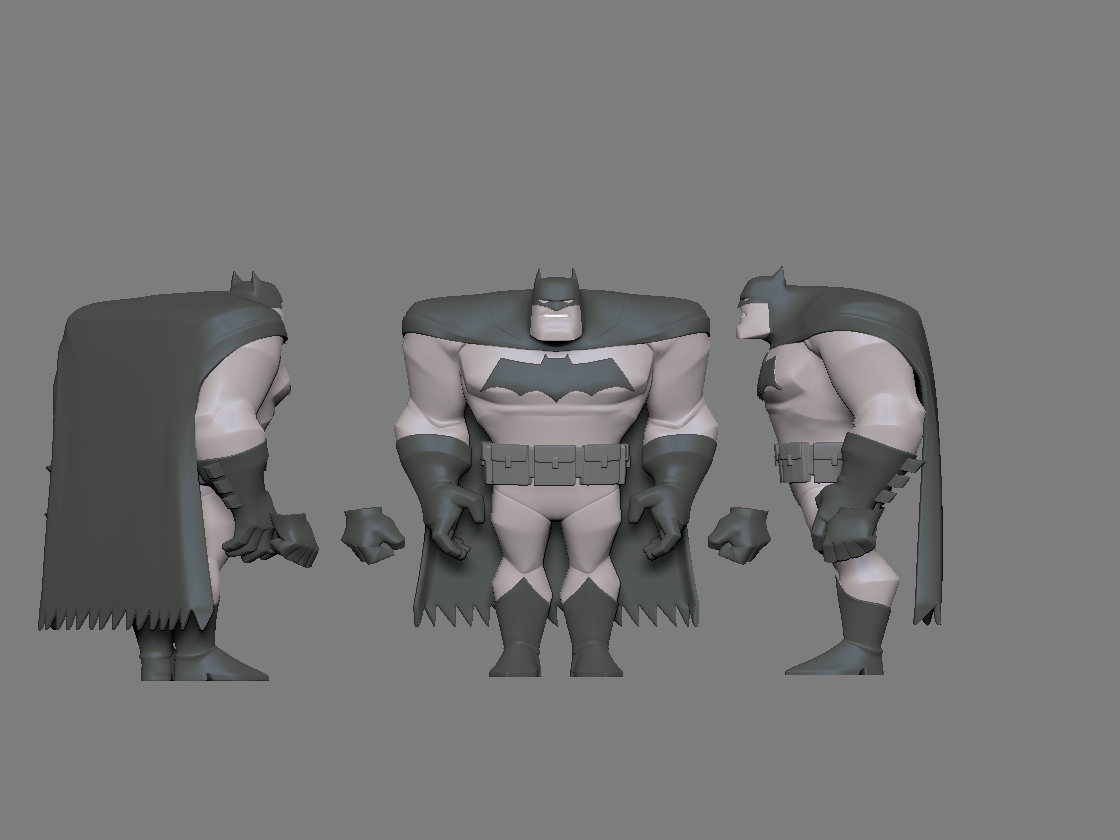 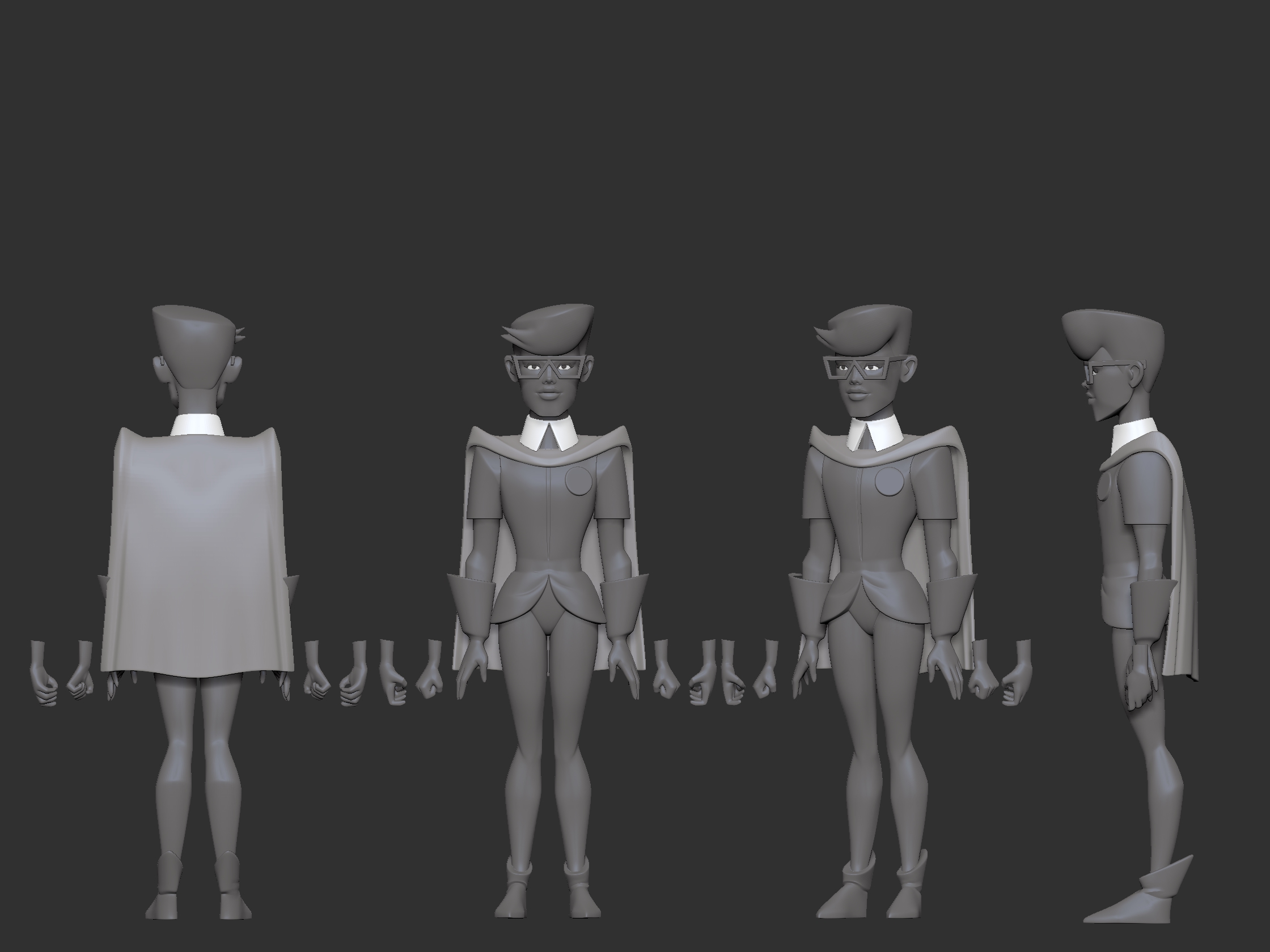 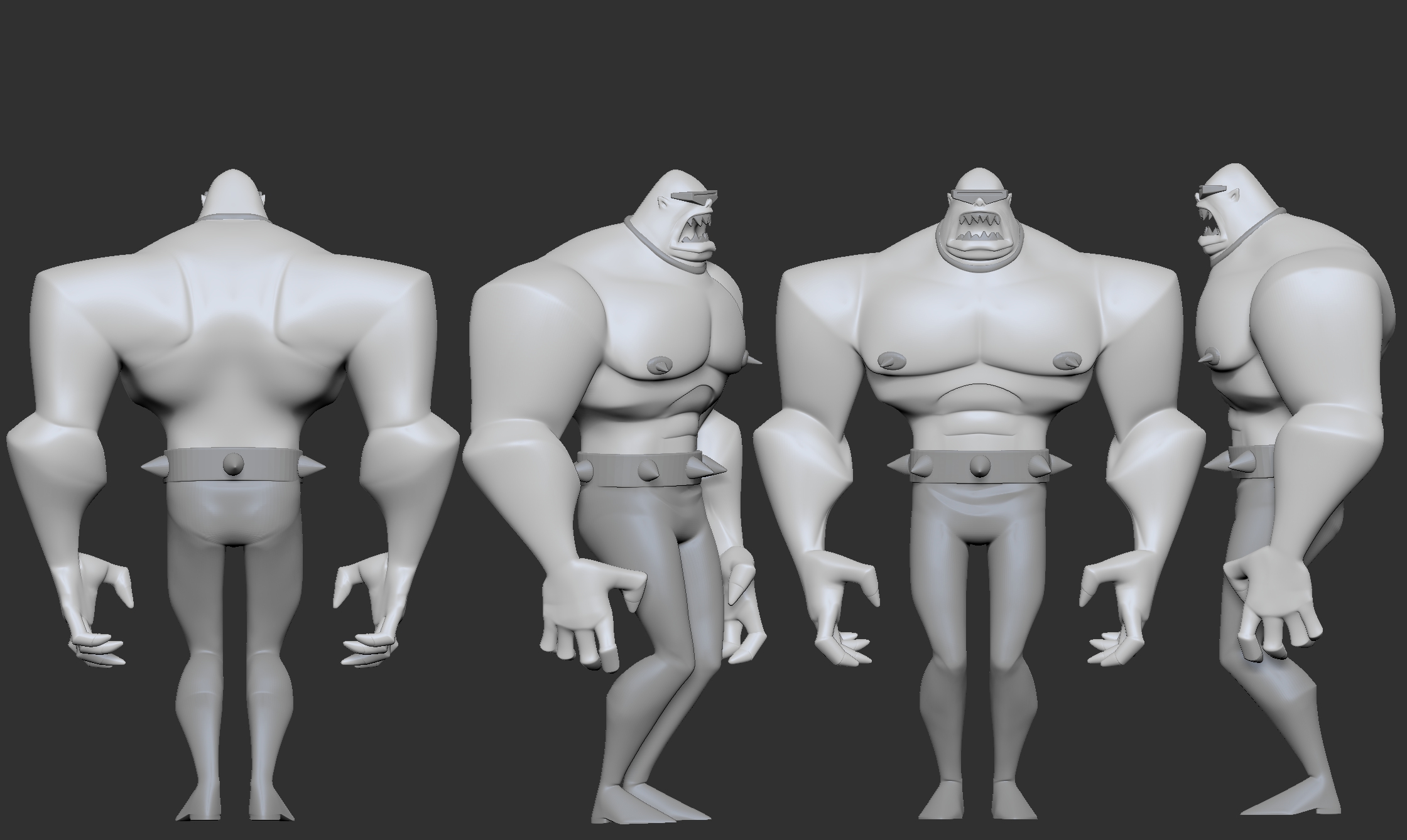 Each will come with bases to help them stand, interchangeable hands — and Robin will have her sling shot. 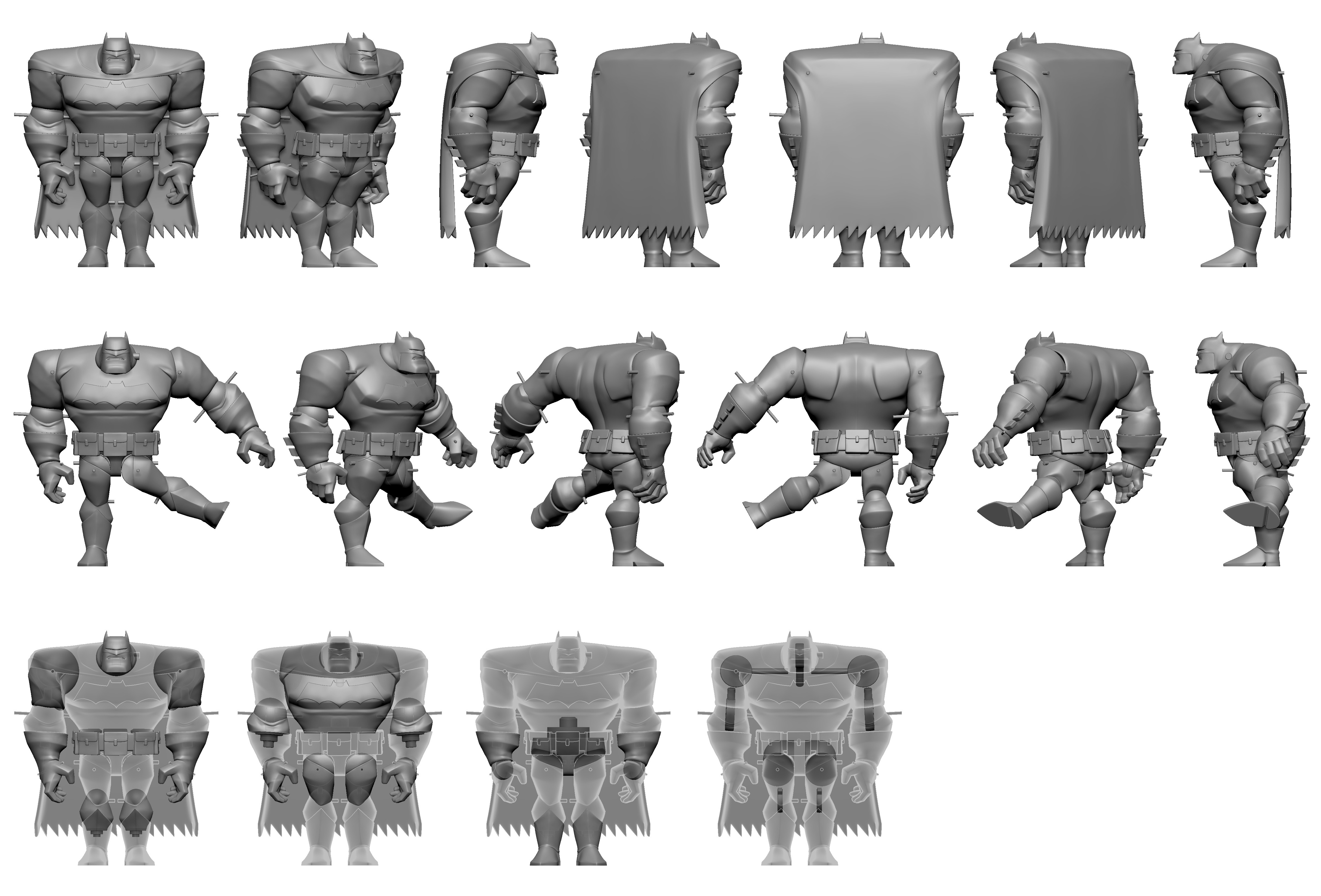 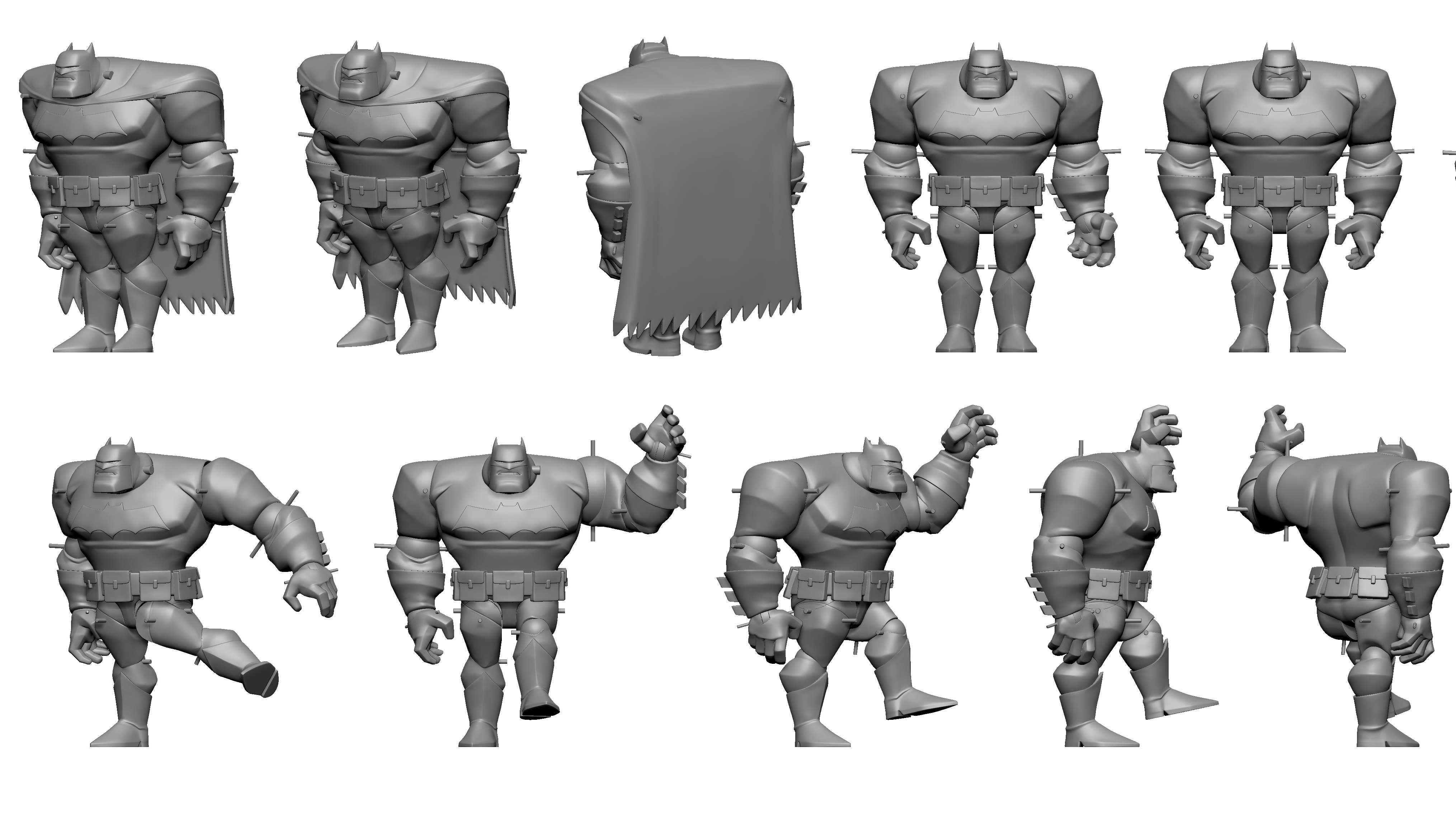 The set, which was sculpted by Irene Matar, will carry a list price of $70. It’s scheduled for October but these things do change so stay in touch with your retailer.

I’ve picked up many of the animated figures and these are definitely on my Must Get list.

I wonder if Frank will be able to come over and play.