You don’t get it, son. This isn’t a trash heap. It’s a shelf for your busts and toys.

I’m not looking to date myself or anything but this is just one of those things I never anticipated seeing when I read The Dark Knight Returns when it first came out 30 years ago: 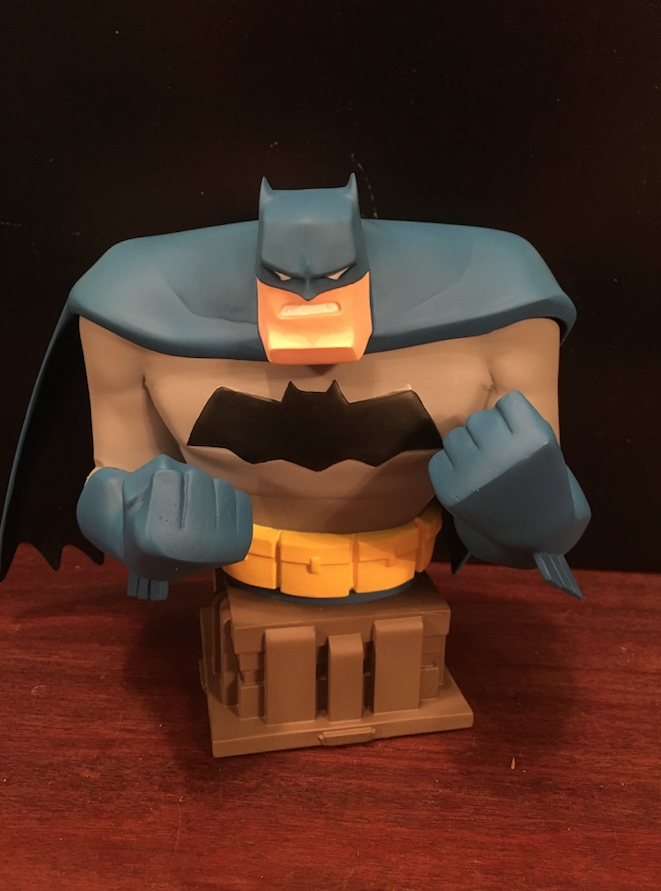 The mid-’80s were kind of the Dark Ages when it came to comics swag, so there wasn’t much Dark Knight stuff around, other than a poster here or a T-shirt there. (The poster is still around, framed in my home.)

What a difference three decades make. There’s plenty of DKR stuff out there now, with varieties of action figures, statues, you name it.

In the interim, we’ve seen not one, but two animated adaptations: The full-length, direct-to-video version and a New Batman Adventures segment that adapted the scene of Batman battling the Mutant Leader in the mud pit for Gotham’s street supremacy.

That clip? Here’s what Miller told me about it: “The one that I really loved the most was Bruce Timm’s Batman Adventures that he did. That captured Batman to perfection. What he did to Dark Knight…I almost wet myself. I was so thrilled with the results. It was brilliantly executed. He took me to a screening of it and all I could do was shake his hand.”

Anyway, DC Collectibles, which has been at the vanguard of Dark Knight swag, has a set of action figures based on that partial episode due early next year — but Diamond Select has beaten them to market with heavy-duty Batman and Robin mini-busts that are here to break heads and save Christmas. 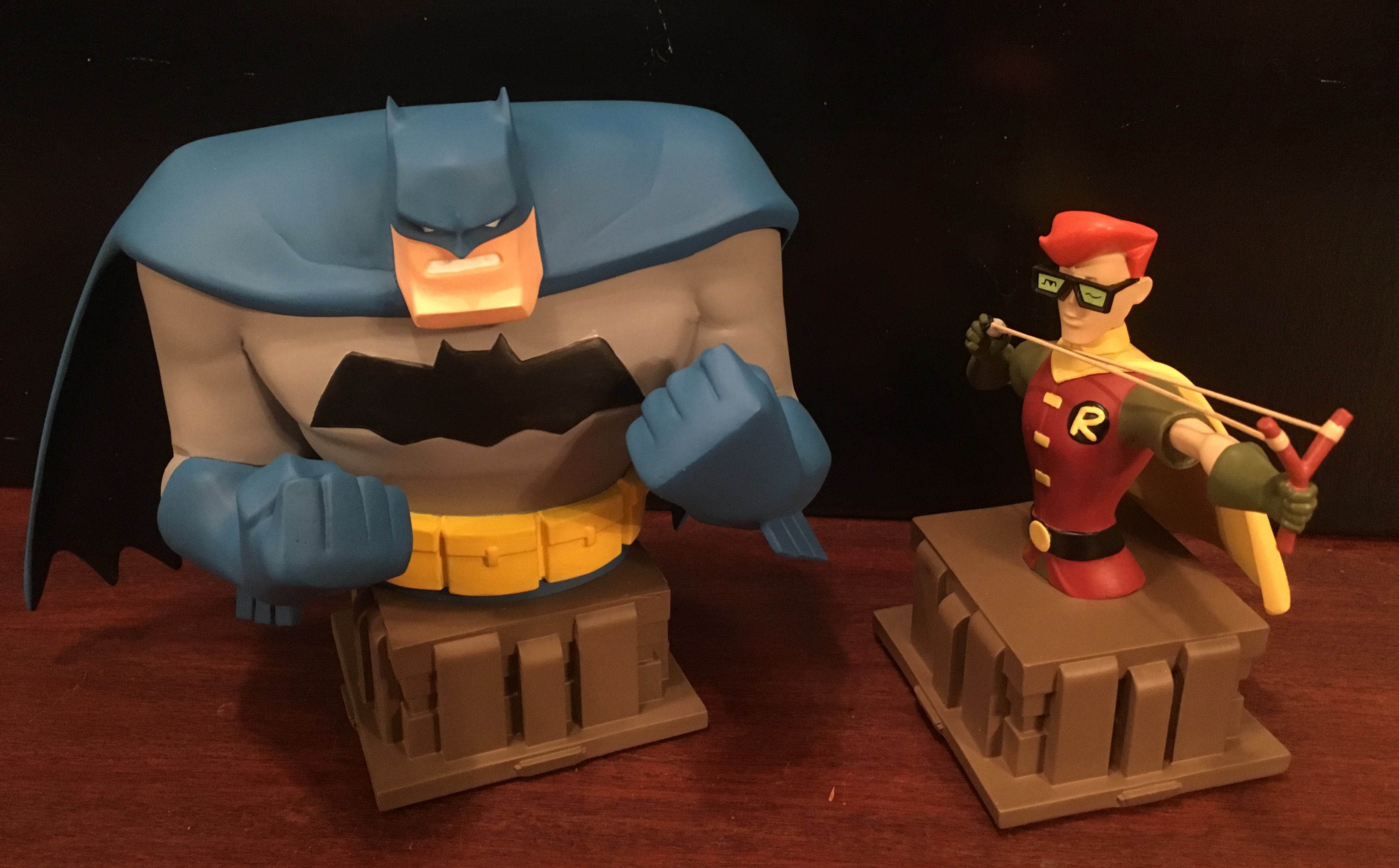 They’re part of Diamond’s larger Batman: The Animated Series line of busts but certainly work as DKR merch in their own right. The company has an excellent record of giving their minibusts personality and the same holds here: Batman is all over-muscled menace and Robin is sprightly and mischievous. 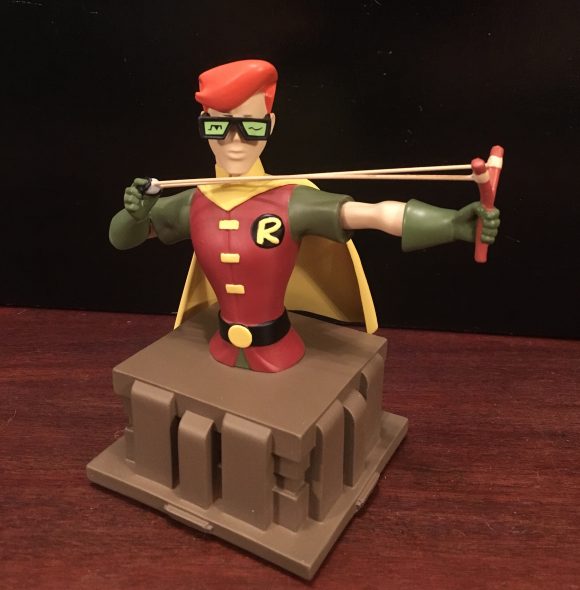 Since Wanted: Santa Claus — Dead or Alive! (from the 1979-80 Super-Star Holiday Special) was the first Batman story Miller ever drew, we just had to include these busts in this year’s HOLIDAY HOT PICKS. 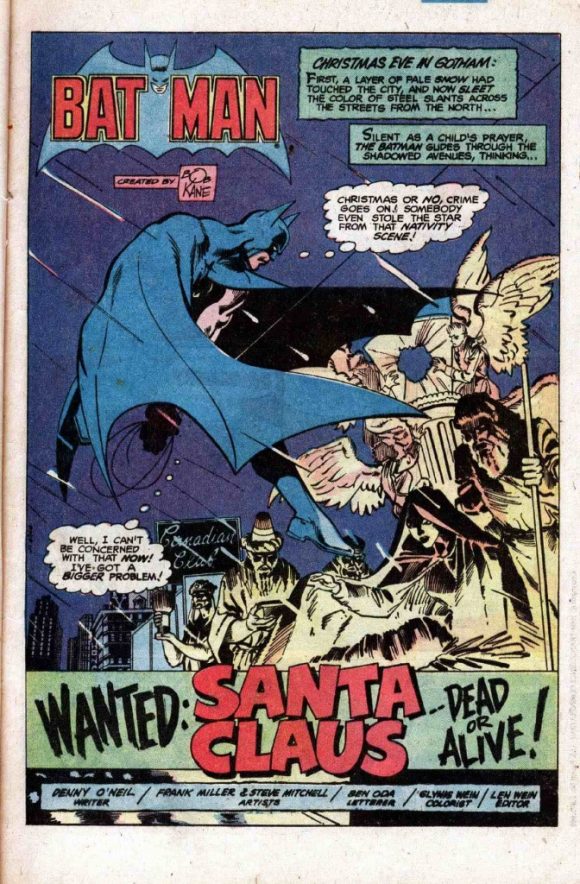 Batman is more than 6 inches tall and Robin’s about 5 inches. They were sculpted by Varner Studios and are each about $60, but shop around, as always. 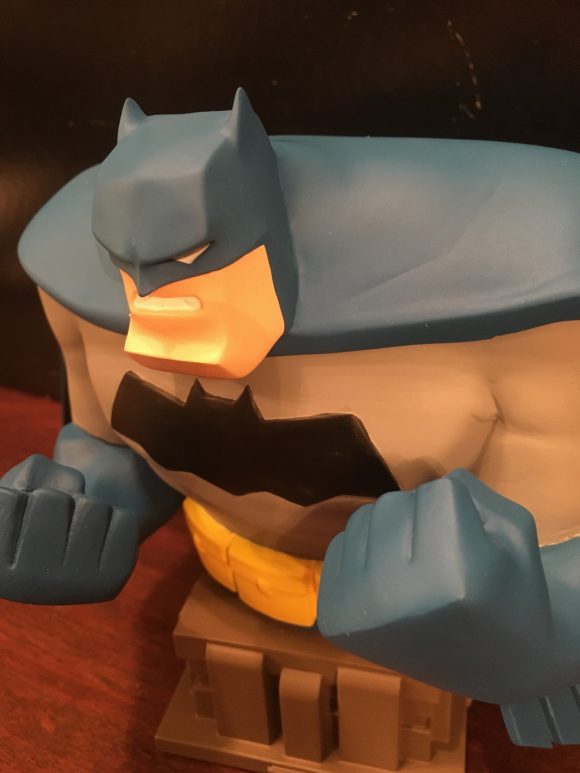 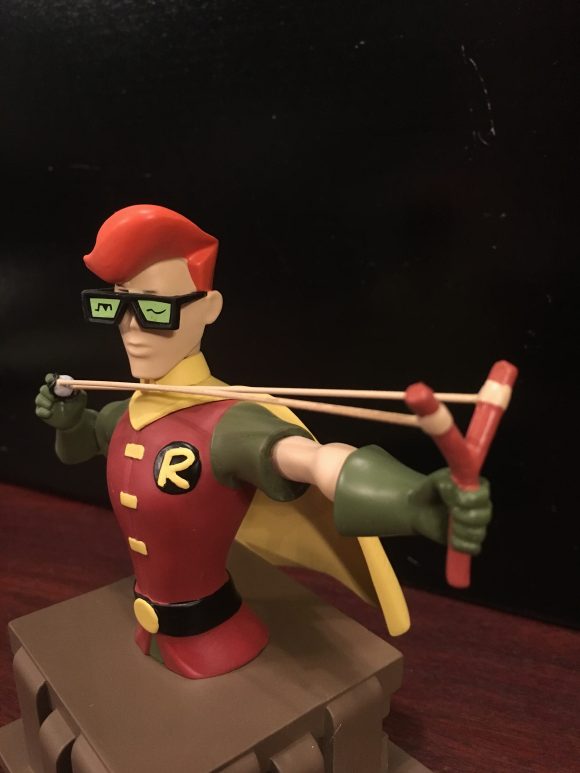