The Sex and Violence collaborator picks some great covers that show war is indeed hell.

We already gave you Jimmy Palmiotti’s Five Sexy Comics Covers. Now, Justin Gray gives you the violence. Get it?

Anyway, the PaperFilms folks hit their Kickstarter goal for Sex and Violence Vol. 2 in smashing fashion but time is still left so they have a pretty cool stretch goal (more on that below). 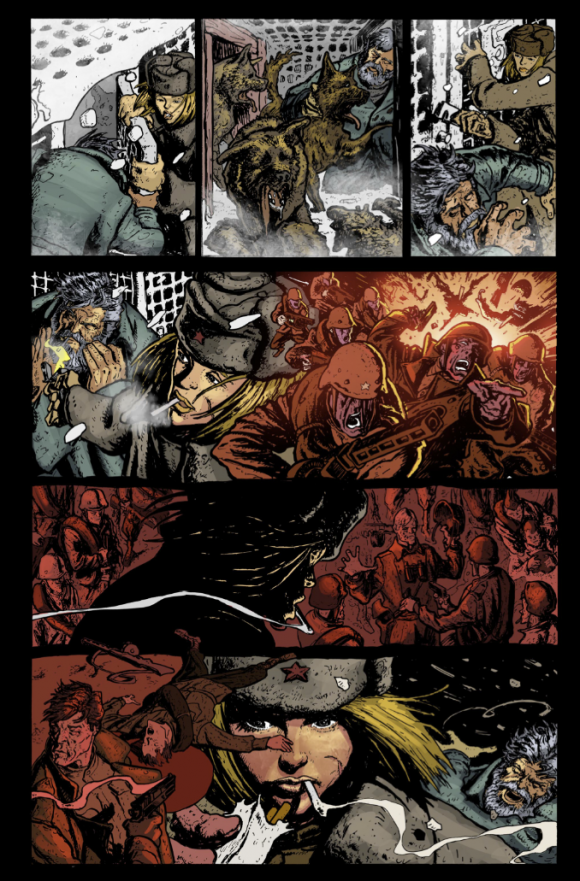 I don’t play favorites. It is a funny thing because so many people have a favorite song or movie or food, but I can never settle on one thing. This is only a problem when I’m asked to do a list of proposed favorites. In this case my five favorite war covers.

You can’t possibly have five in a world where the late master Joe Kubert gave us hundreds of great war covers, many featuring Sgt. Rock and Easy Company. I will say the theme among my favorite Kubert covers is one that reinforces the constant terror of war: Rock or a similar protagonist has just finished an intense battle and lived to die another day. They’re taking a moment to catch their breath or rejoice in survival, but the reader can see the hidden danger.

This is a theme repeated to great effect on many of the Our Army at War covers, especially with the cover to Issue #209. There is so much raw emotion the reader cannot help but be sucked into this man’s experience. And it was only 15 cents! This is the kind of moment that used to only happen in wartime. 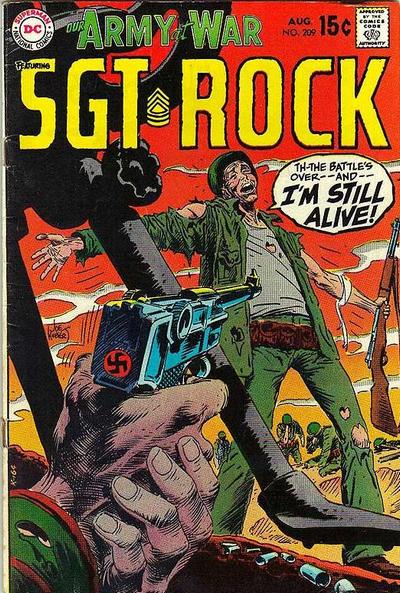 The same goes for the cover to Our Army at War #256. The sniper has a very strong mythology to it. I consider myself well adjusted and capable of discerning reality from fantasy and have no will to harm another human being on the planet.

However, in a video game my weapon of choice is almost always a sniper or sniper-like weapon. From the beam rifle in Halo to the Kraber in Titanfall there’s something about picking off an AI from across a map. It takes more skill and finesse than your shotgun and ARs. So for Red Dog Army (the second story in Sex and Violence Vol. 2), I wanted to throw a small spotlight on the decorated tradition of women snipers in the Russian army. Also getting a sniper is just as much fun as being one in the videogame world. 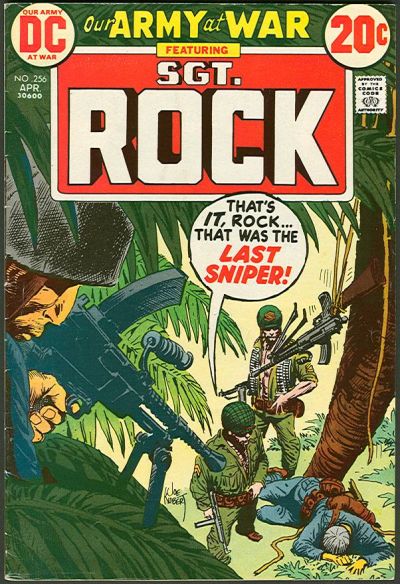 I’m fond of Kubert’s cover for the 300th issue. A run I believe will never be repeated in war comic form. The image of Rock and his men scaling the enormous 300 says everything you need to know about how monumental it was. I also like how pissed off that soldier is taking out the letter O. 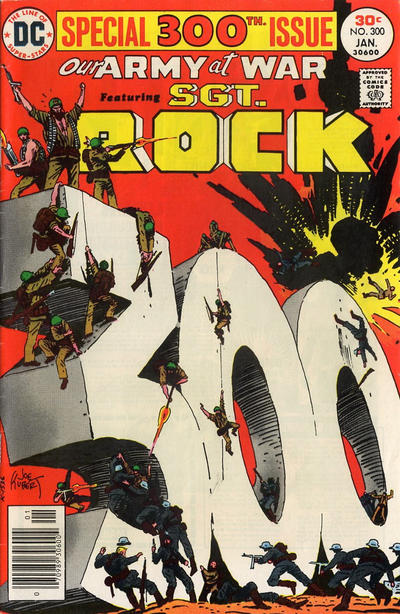 I want to include Weird War Tales #27 from 1974. First, Weird War has one of the best logos ever. The letters filled with corpses really plays into the horror genre of the ’70s. 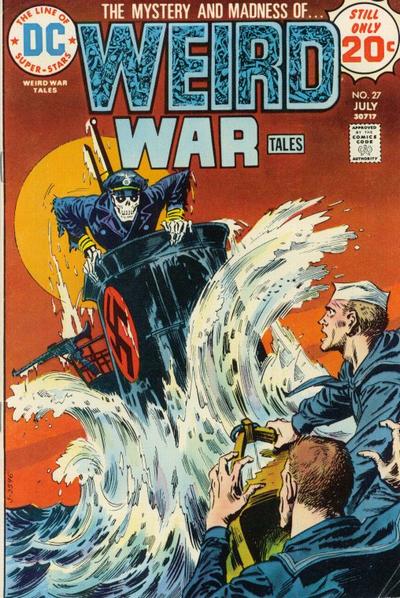 This story has one of the classic staples of a war story and it was something I wanted to include in Red Dog Army. I am talking about the insane commanding officer. In this case it is Kaptain Karl Lubisch commanding a U-235 submarine who orders his crew to sink the U.S.S. Althea. The twist is that Lubisch is knocked overboard and rescued by the very ship he wants to destroy just moments before the collision. He demands the captain of the Althea change course to avoid destruction and is instead thrown into the brig.

In a very Groundhog Day scenario, Lubisch is forced to live that day over and over for all eternity.

Finally is the Weird War Tales #6 cover by Joe Kubert, I believe the first appearance of J.A.K.E. who would become known as G.I. Robot. 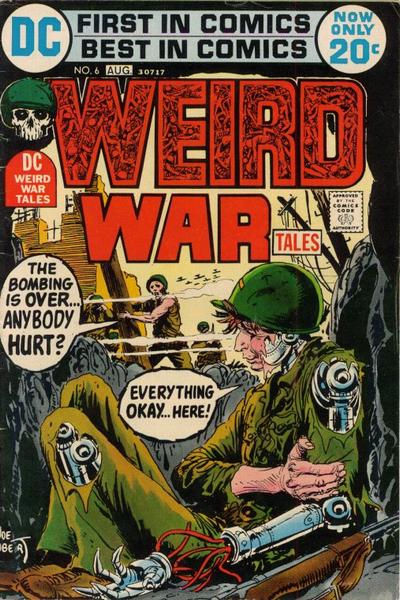 Now, as I promised, this is what the guys are offering if they hit $40,000 in their Kickstarter. It sounds pretty cool and there are two weeks left. Here’s Jimmy, Justin and the gang:

$40 THOUSAND STRETCH GOAL: If we hit 40 grand … we figured we would make this interesting and add content for everyone to enjoy. This stretch goal will be an interactive one. We will be taking submissions of illustrations and photos that stick with the theme of the book. We are talking both Sex and Violence on the Illustration side, and on the Photography side we are looking at a sexy theme, no nudity, but total tease and stylized themes.

What we will be doing is posting every single entry on the Paperfilms site every few days as they come in and then we will pick 5 winners in each category (5 in the Illustration category and 5 in the Photography category), announce them and they will be featured in the print book and the digital version of Sex and Violence Vol. 2. For the 5 winners in each category, we will credit each artist, photographer and model and give them three (3) copies of the book as well, autographed by Amanda Conner and Jimmy Palmiotti (in addition to their regular pledge!).

We will only be taking submissions from the people that have backed this Kickstarter. In the end, we get other people’s work out there, have some fun and add some content to the book. Note there will be a deadline associated with this so we have time to post, review and get the final images included for the print copy. No use of copyrighted characters is permitted. Further details will be communicated once we achieve the stretch goal.