I had a first look at HeroClix’s latest Batman ’66 offering at Toy Fair a few months back (click here) but now I’ve got the little boxed set in hand and lemme tell you, just like the sign says, COWABUNGA! 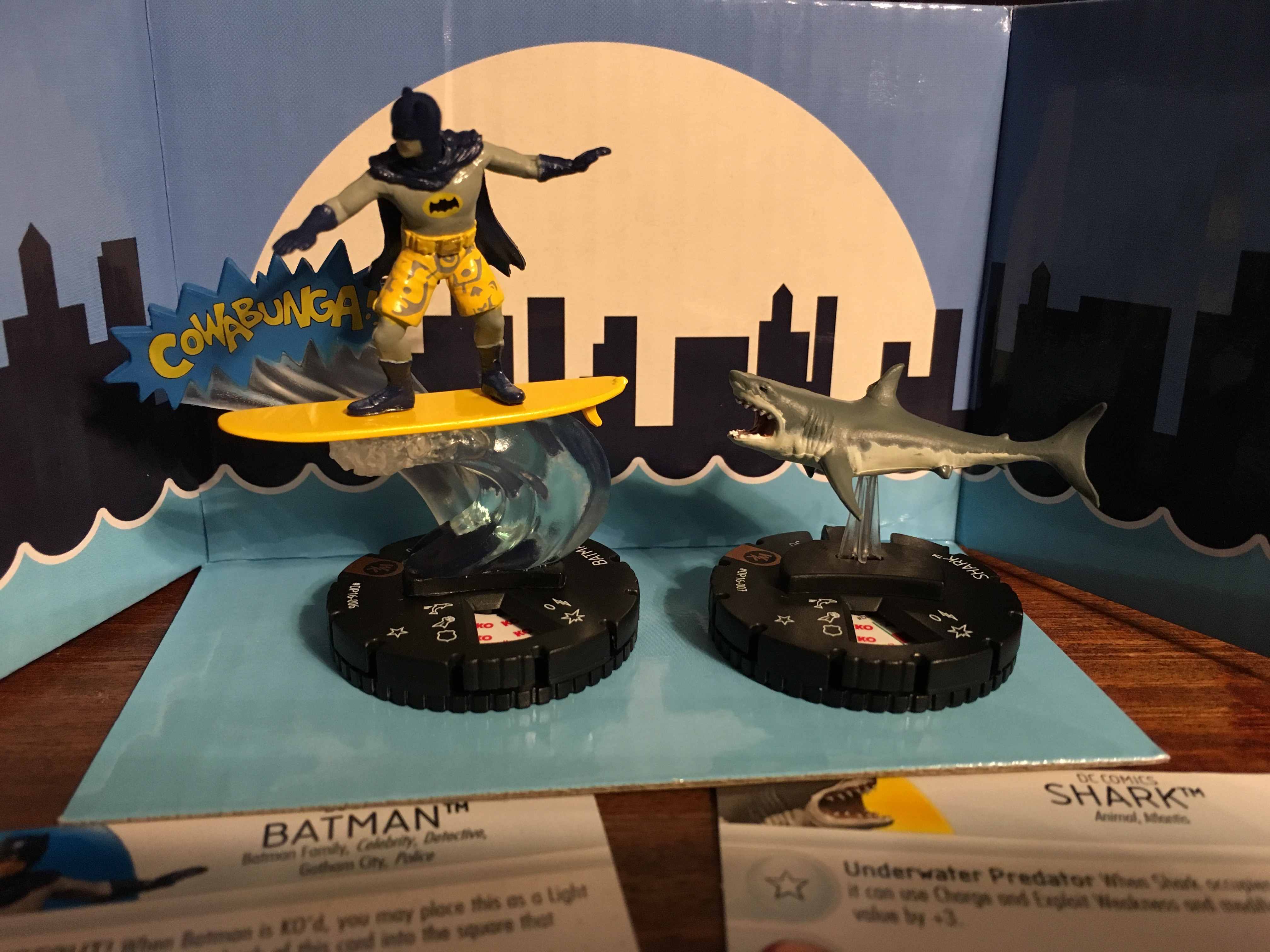 I preface every HeroClix review by pointing out that I’m not a player, I’m a collector. And as a Batman ’66 collector to boot, this is a great item to have.

Batman comes set on his bright yellow surfboard, riding a wave at Gotham Point (which is kinda sorta included as a backdrop — if Gotham Point were on the end credits of the episode Surf’s Up! Joker’s Under!). 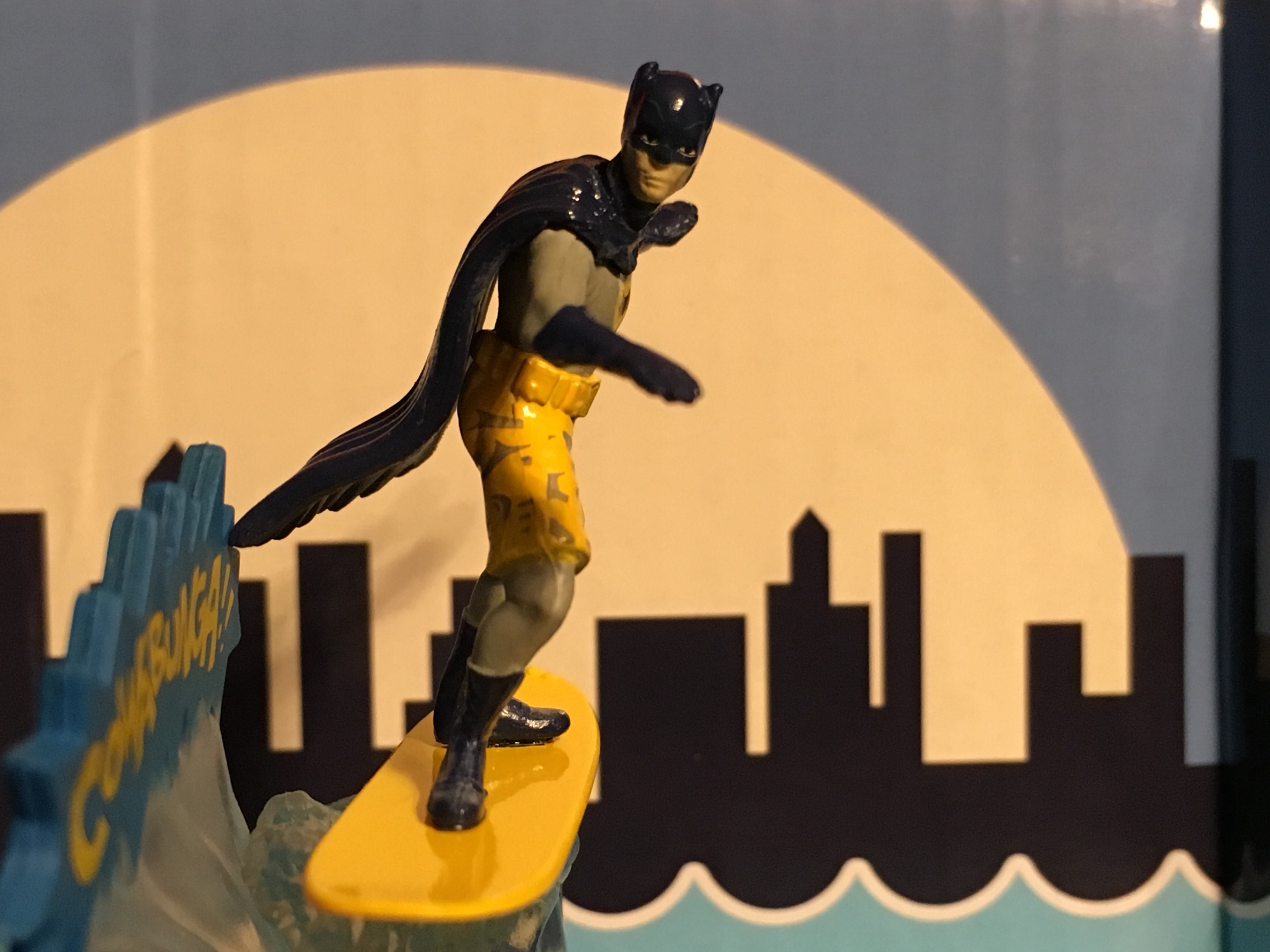 Batman is removable (as is the sound effect), allowing the board to be used separately in a HeroClix matchup, if that’s your thing. Me, I just dig the level of detail on this miniature. I mean, check out those baggies! 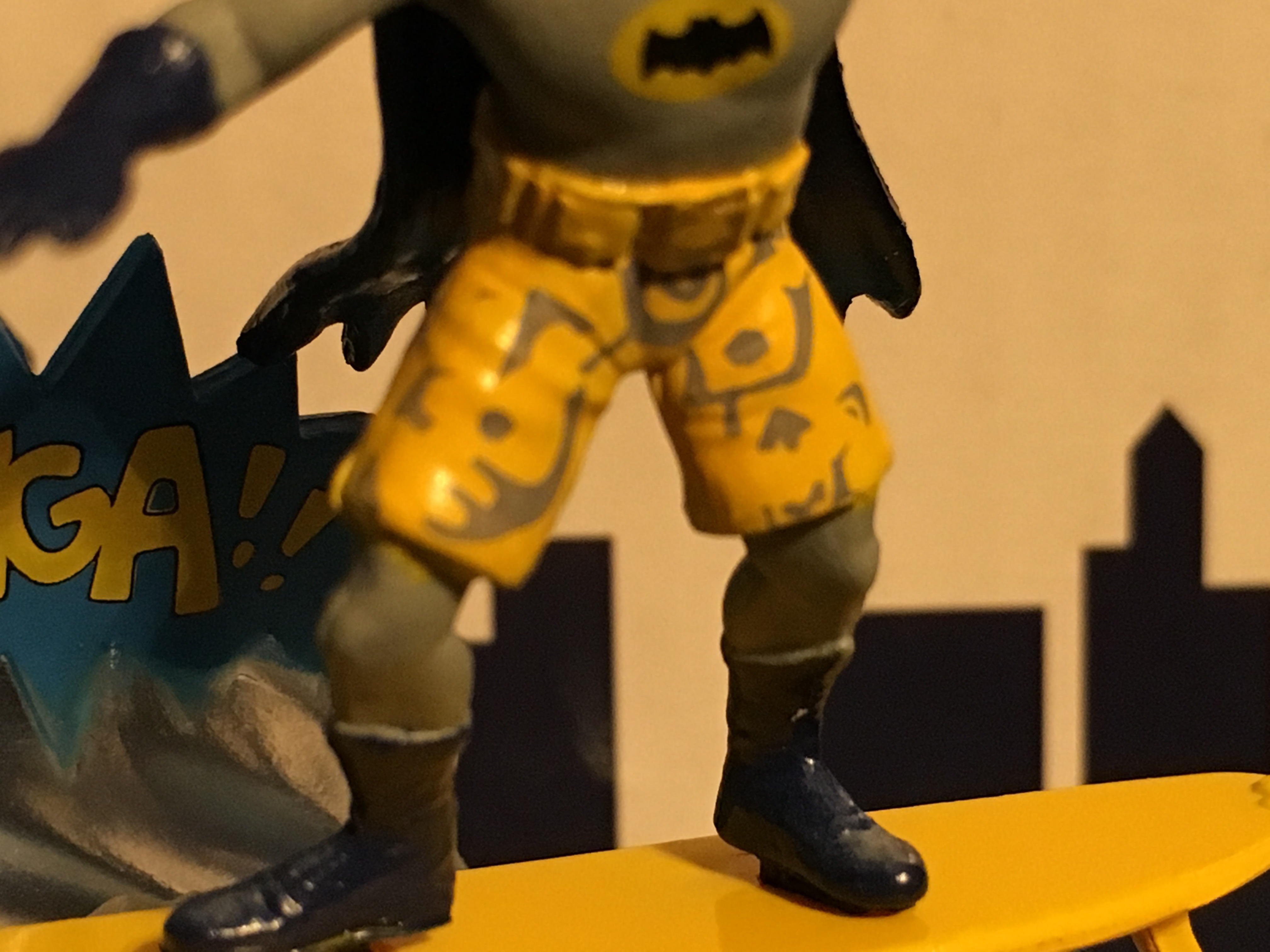 The shark is … a shark. And you know what that makes him, don’t you? The first officially licensed Batman ’66 shark. He even gets his own card — on which we learn he’s from Atlantis! 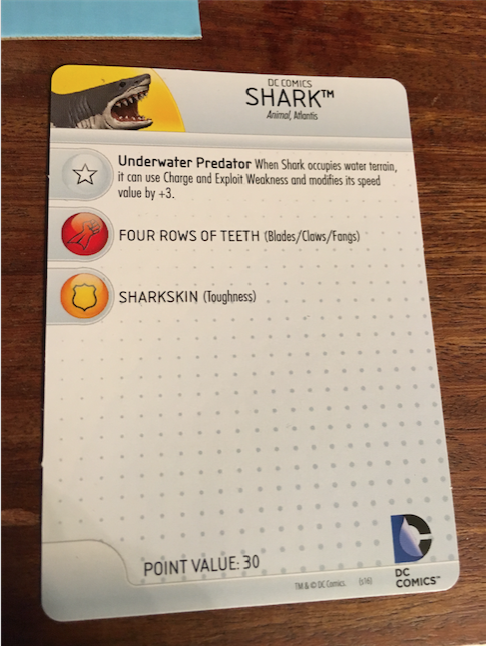 Anyway, here’s the downside for collectors: The set is a HeroClix convention exclusive, meaning you can only get it for $15 if you go to a WizKids-sanctioned event where they’re stocking them. (Click here for info.) Otherwise, it’s the secondary market, where the set is going for $25 and up.

So while good things come in small packages, you’ll have to search this one out. 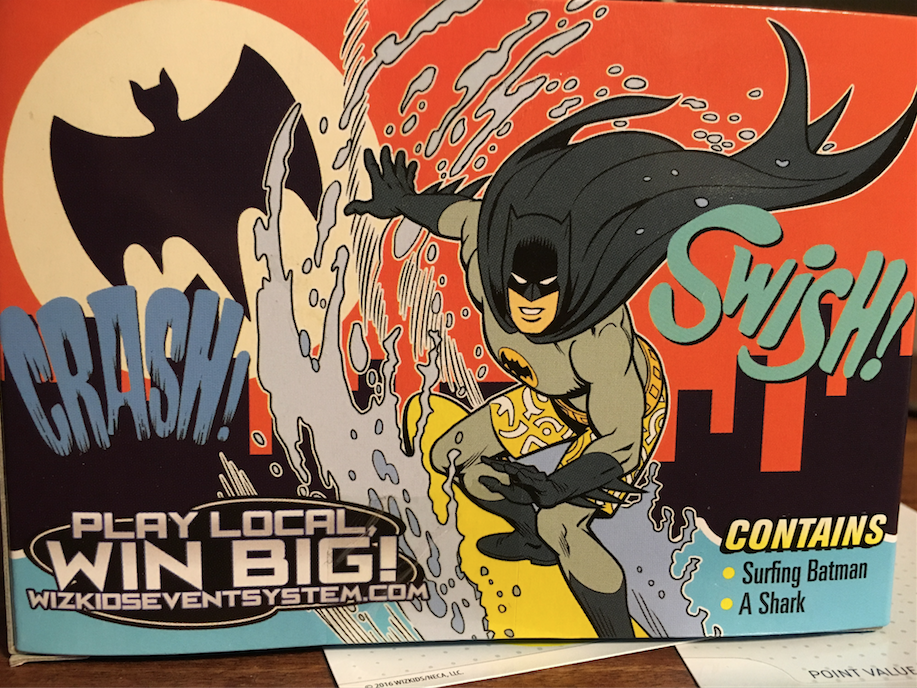 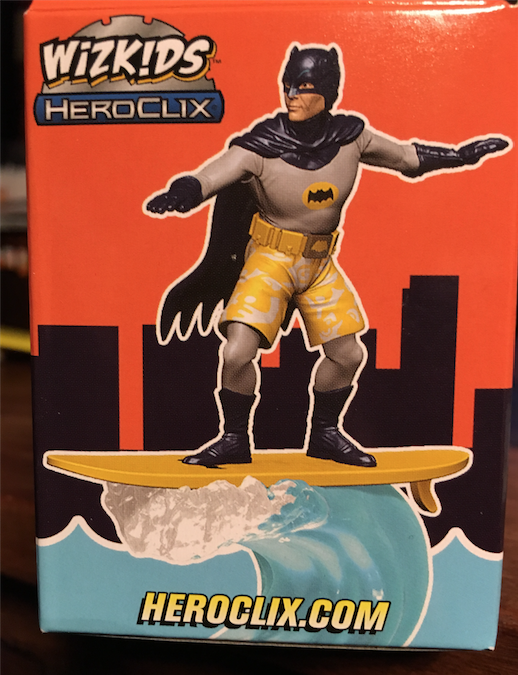 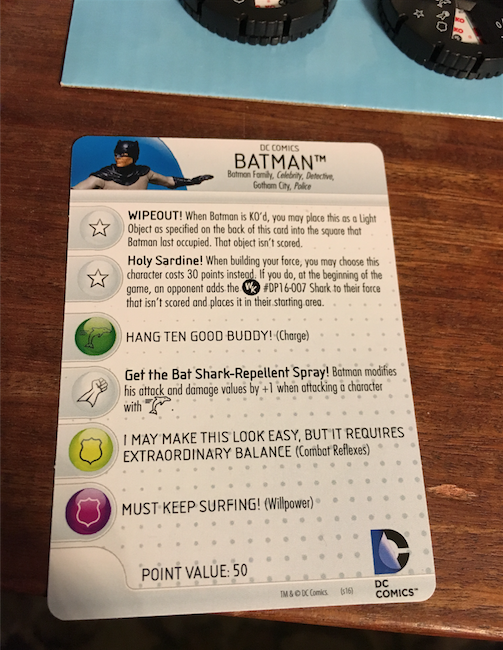 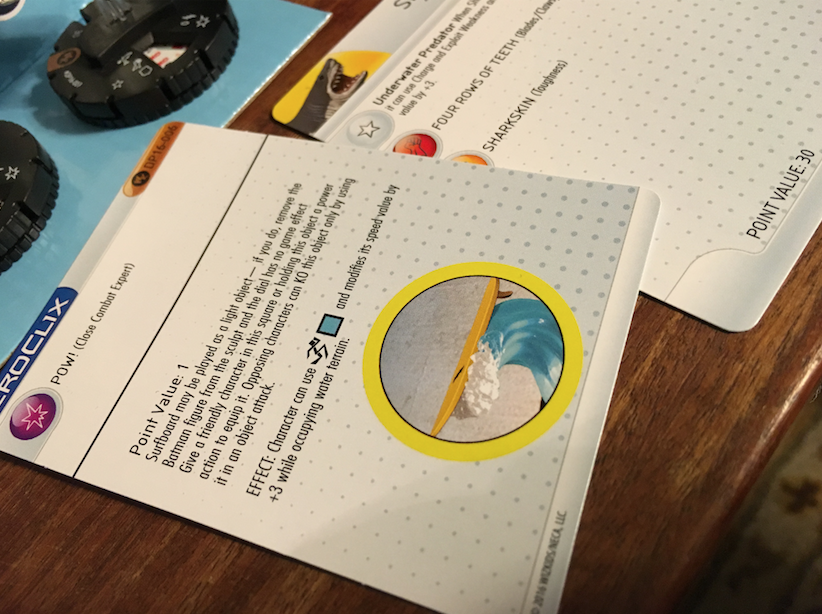