EXCLUSIVE LOOK: BATMAN ’66 Surfs Its Way Back to HeroClix

Well, just like I said with Diamond’s Batman ’66 Shakespeare bust (click here), it’s great to see that companies are still exploiting the Batman ’66 license for our considerable benefit.

This time, it’s WizKids’ HeroClix, which is coming out with a special 2-pack — Surfing Batman … and SHARK! 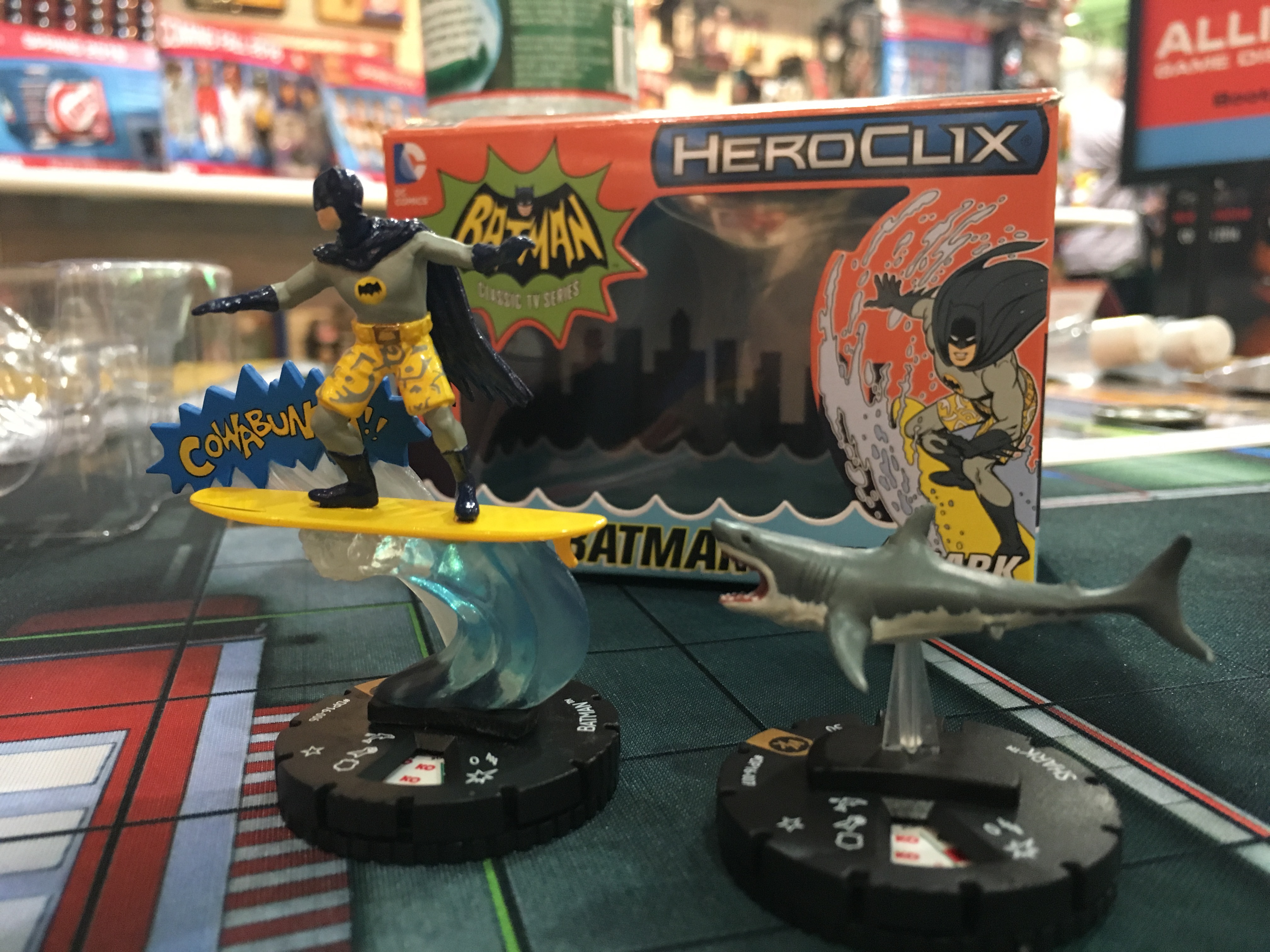 But how awesome is this? 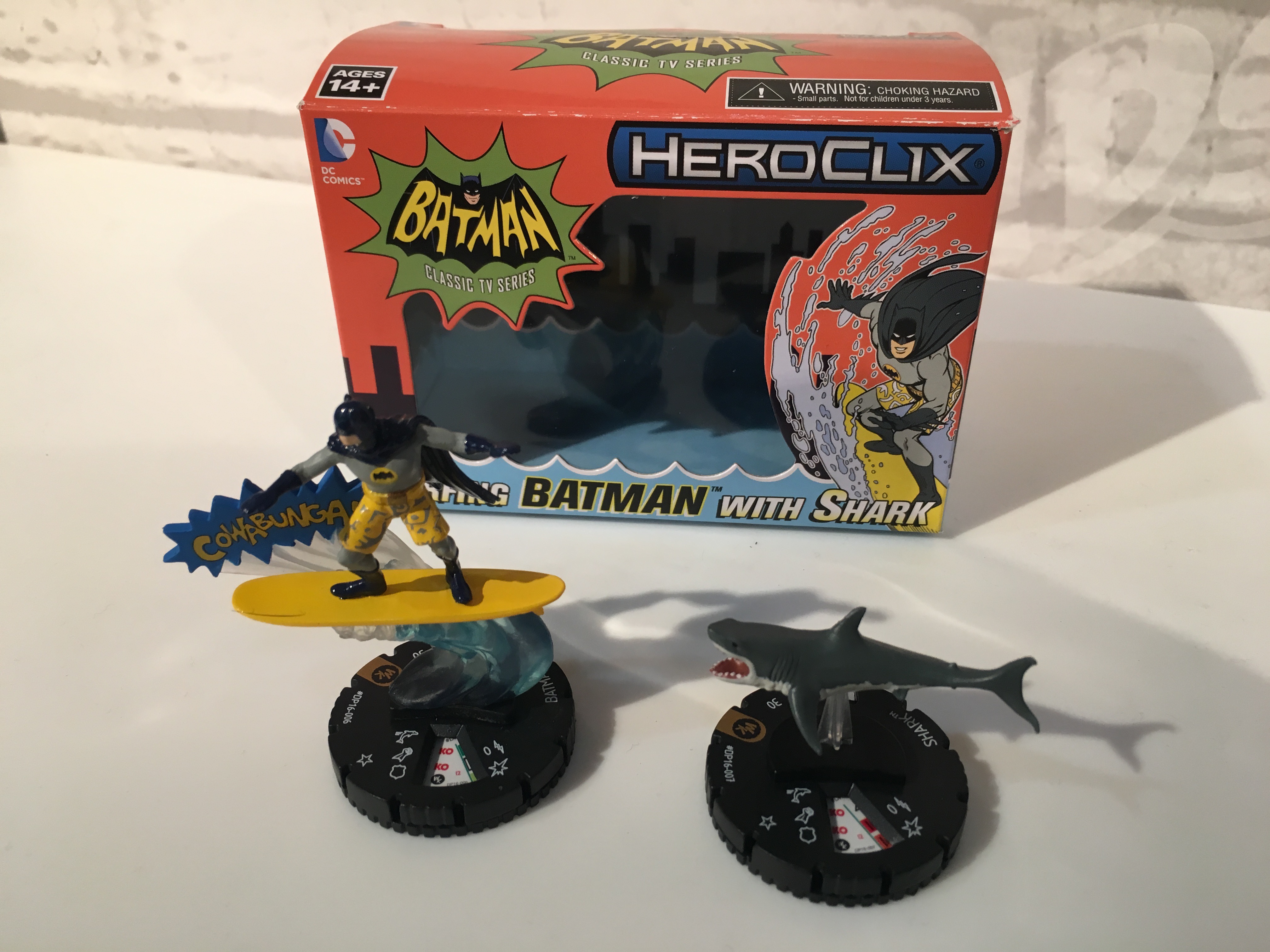 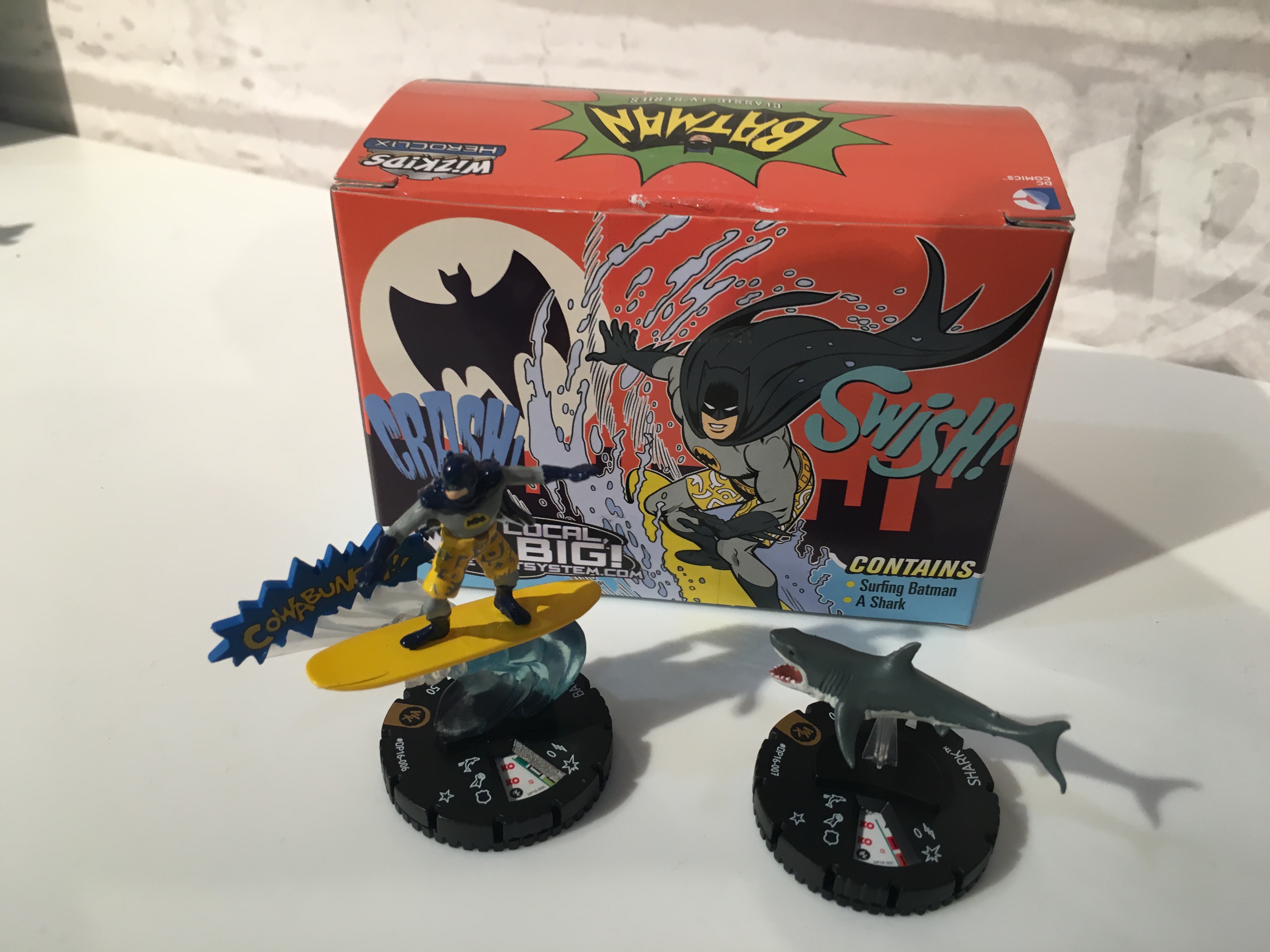 Batman comes in his yellow baggies, riding his yellow board — complete with COWABUNGA!! visual “sound effect.”

The set will be available as a convention exclusive at shows this year, though the HeroClix people haven’t yet announced the schedule. (Keep an eye out for details. And if you’re not at one of these conventions, I imagine that these will turn up on eBay eventually).

There are no plans for a Surfing Joker right now, but you know what they say: Sales make the world go around.

Now for guys like me who aren’t gamers, these are really hilarious items to add to your collection. 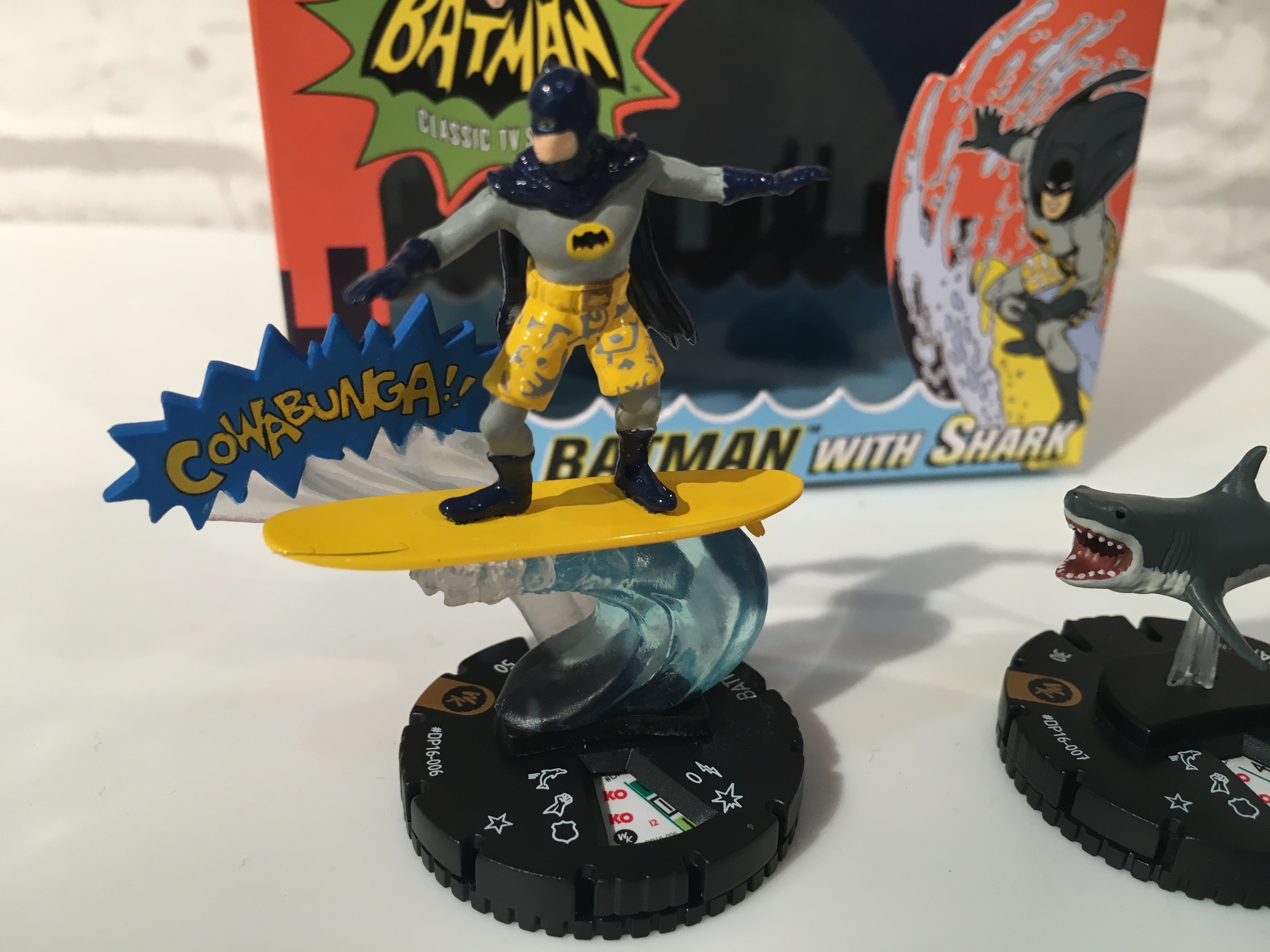 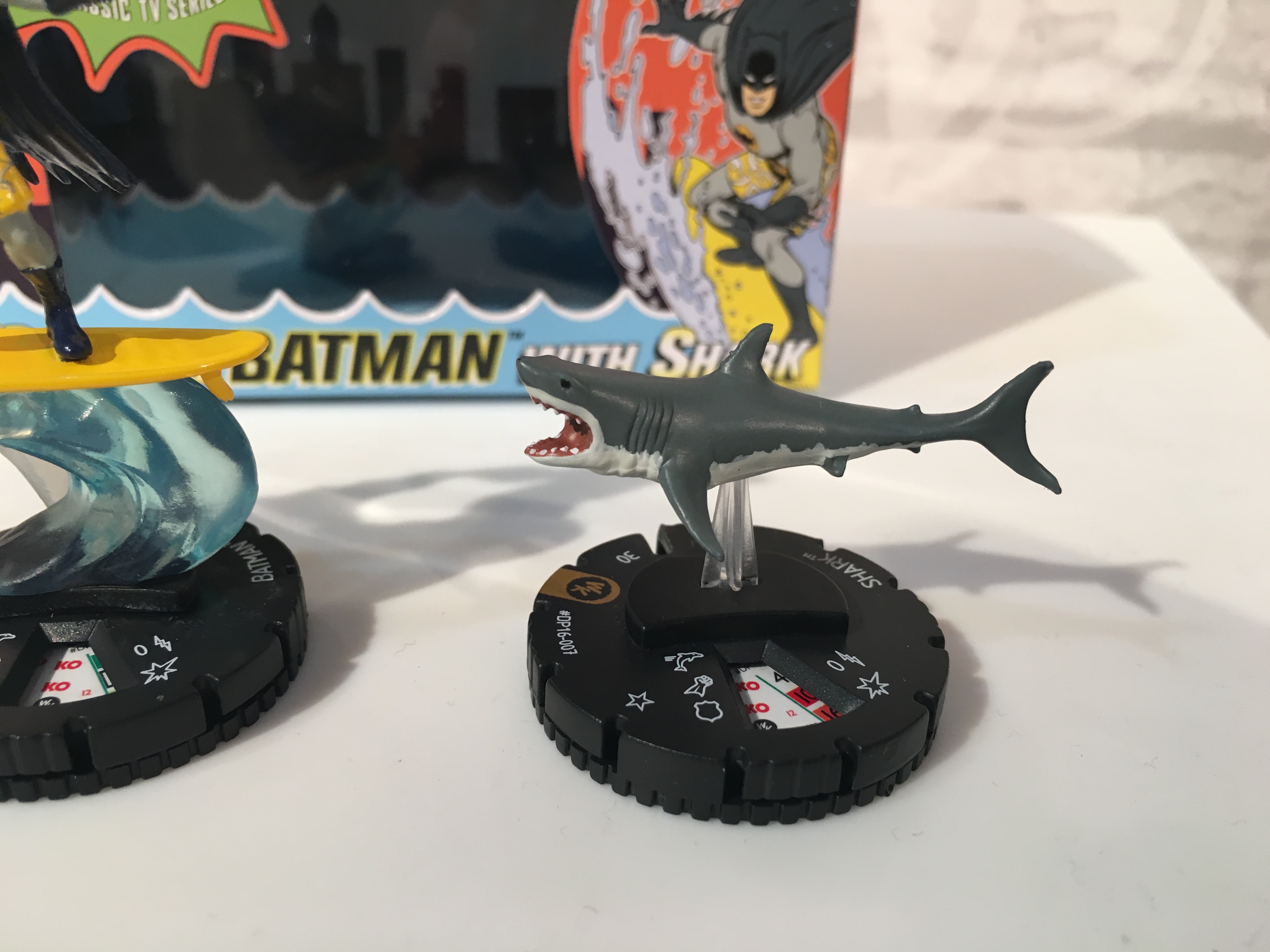 But I gotta tell you it was also a blast talking to the HeroClix guru Scott D’Agostino, who bleeds dice and dials.

Scott excitedly told me that Batman and the shark can be played by different players — and that the Batman-with-bomb will have a hot-potato feature that will allow you to pass the bomb from player to player until it explodes. 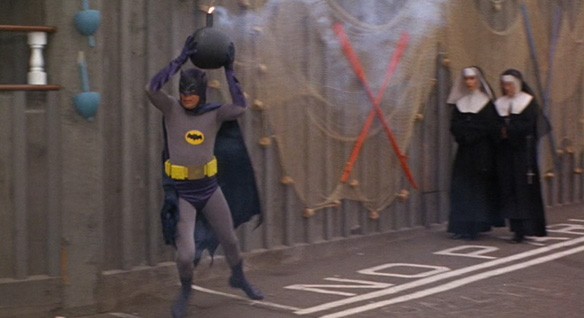