A BIRTHDAY TRIBUTE: Riddle me this…!

To this day, his performance as the Riddler remains one of the very brightest highlights of Batman ’66.

1. That laugh. That maniacal, sinister laugh. Few could match it. None have surpassed it.

2. Growing up, his Riddler episodes were like special occasions, in the same way Batgirl episodes or Julie Newmar Catwoman episodes were. Gorshin was tuned to that special frequency that mesmerized kids. 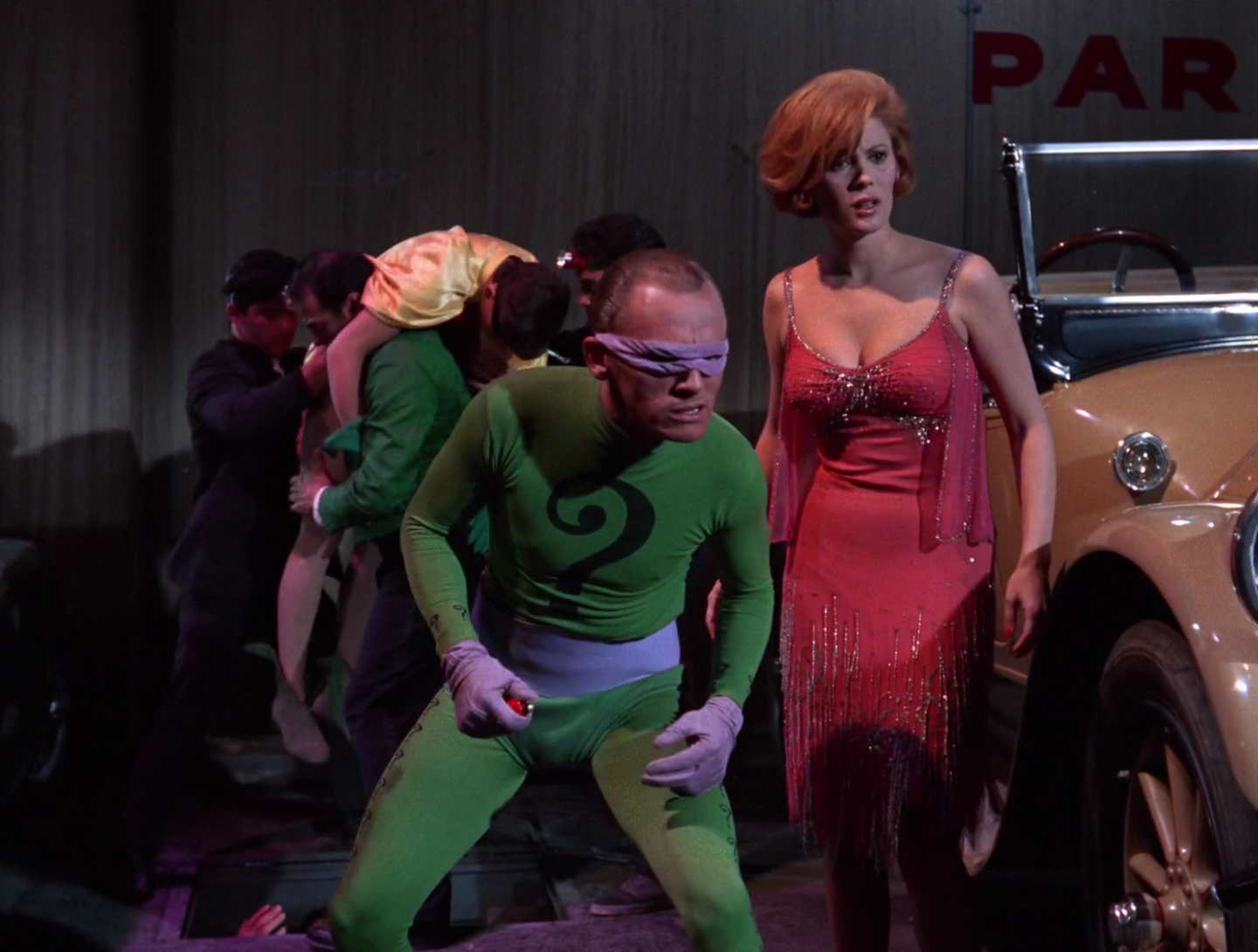 4. … but I still prefer the jumpsuit:

5. Gorshin was nominated for an Emmy in the best supporting actor in a comedy category. He was up against Werner Klemperer from Hogan’s Heroes; Don Knotts from The Andy Griffith Show; and, Morey Amsterdam from The Dick Van Dyke Show. Who won? Answer below.

6. In those childhood years, my love for the Riddler translated to comics too. Eventually, I came to understand that it was the Joker who was Batman’s Big Bad, but these remain some of my all-time favorite issues:

7. Same went for Megos. The funny thing is that when I did voices, my Mego Riddler sounded like Ted Knight’s Filmation version. But then Knight was just doing a riff on Gorshin. So go figure. 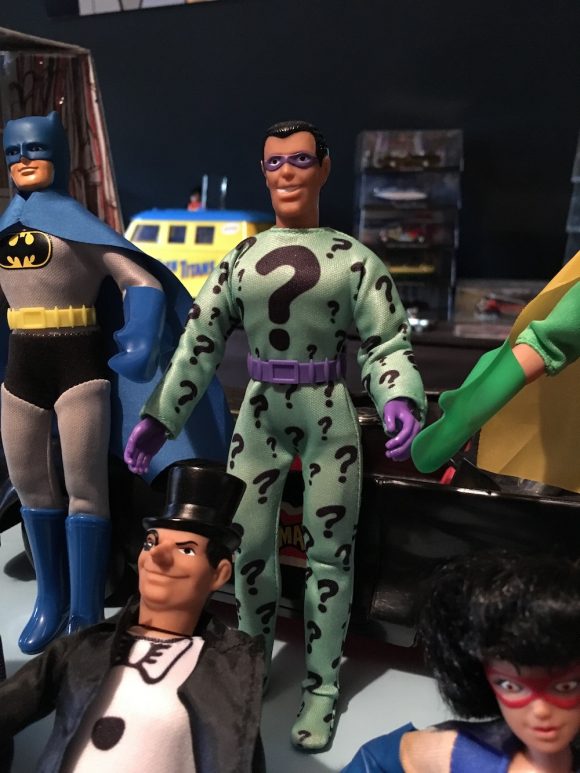 10. Don Knotts won that Emmy, by the way. I suppose it’s hard to argue. He was pretty damn funny on Andy Griffith. (But he was no Gorshin!)

11. Like several of his castmates, Gorshin came to define his character for generations — and his portrayal is still the best version of the Riddler in any medium, whether it’s movies, TV, animation or, yes, comics. I’m a fan of DC’s contemporary comics, but nobody’s written a decent Riddler in a long, long time. All of Gorshin’s manic kineticism has been stripped away because, I think, editors don’t want him to seem like Joker Lite. But if Gorshin made it work then, it’ll work now. 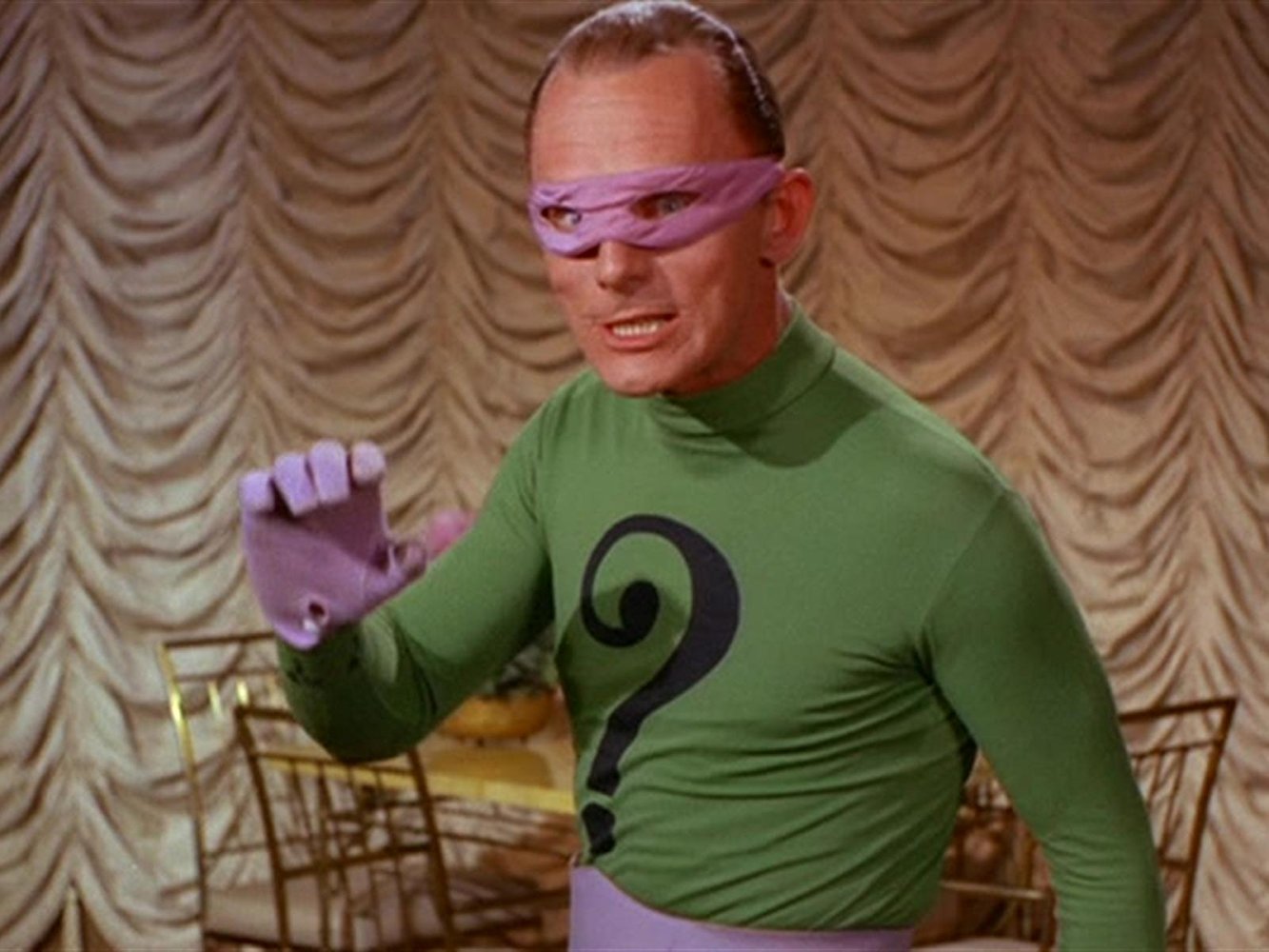 12. When I was Young Dan, the Riddler was it. Batman’s baddest adversary. But in the subsequent decades, I’ve come to better appreciate Cesar Romero’s Joker and, to an even greater extent, Burgess Meredith’s Penguin. And Newmar’s Catwoman was another animal entirely. So it’s hard for me to say now whether Gorshin’s Riddler still tops them all… 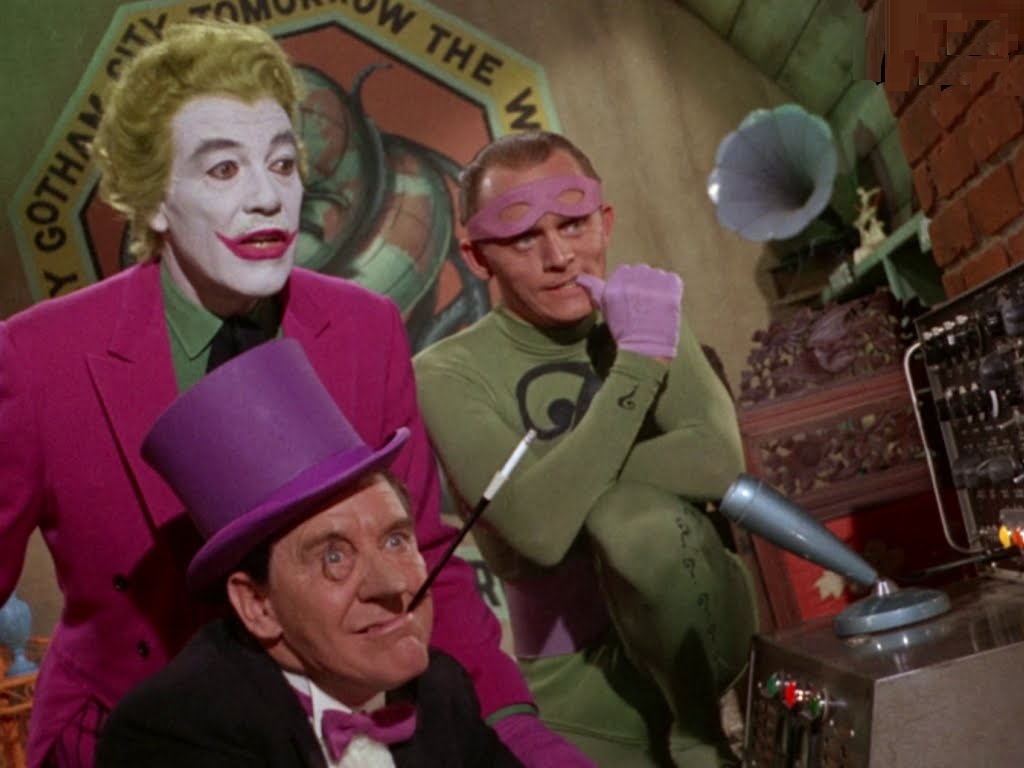 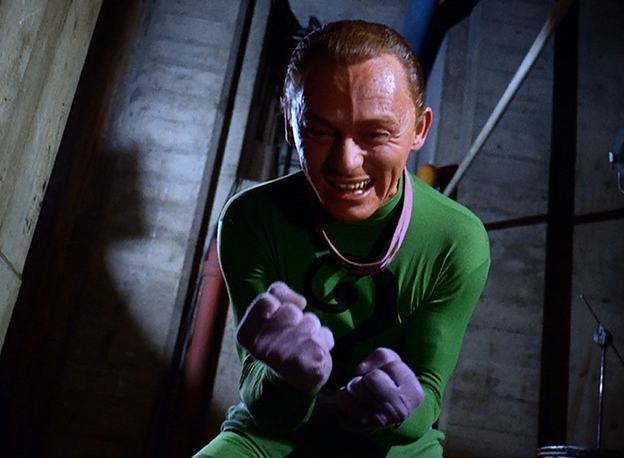