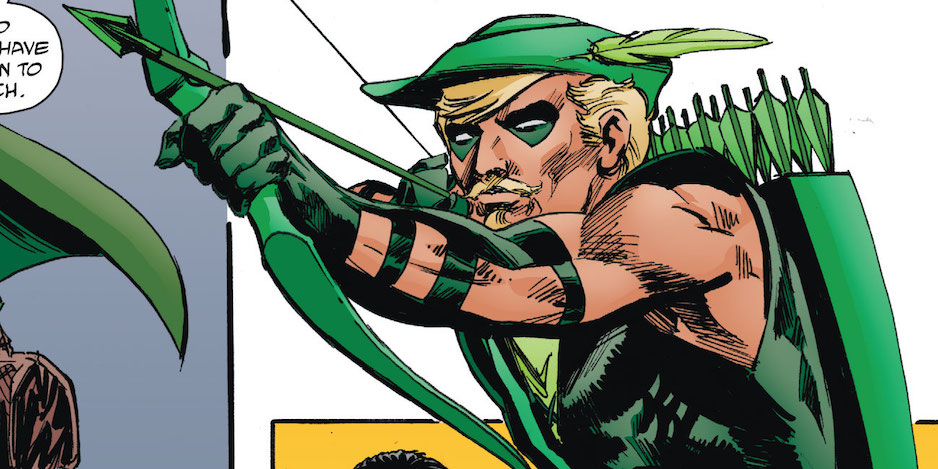 O’Neil and Grell, of course, worked on Green Lantern/Green Arrow a few years after the writer’s original 1970s run with Neal Adams came to an end — and this story takes place during those Bronze Age (green) salad days.

“I was honored to have the opportunity to work with him one last time for the (upcoming) Green Lantern 80th Anniversary book on a short story featuring Green Arrow that he wrote especially for me,” Grell said last week. “I noticed that, in the last panel, he wrote the words: THE END.”

So dig this FIRST LOOK at Time Alone, accompanied by the main cover by Liam Sharp and the issue’s table of contents: 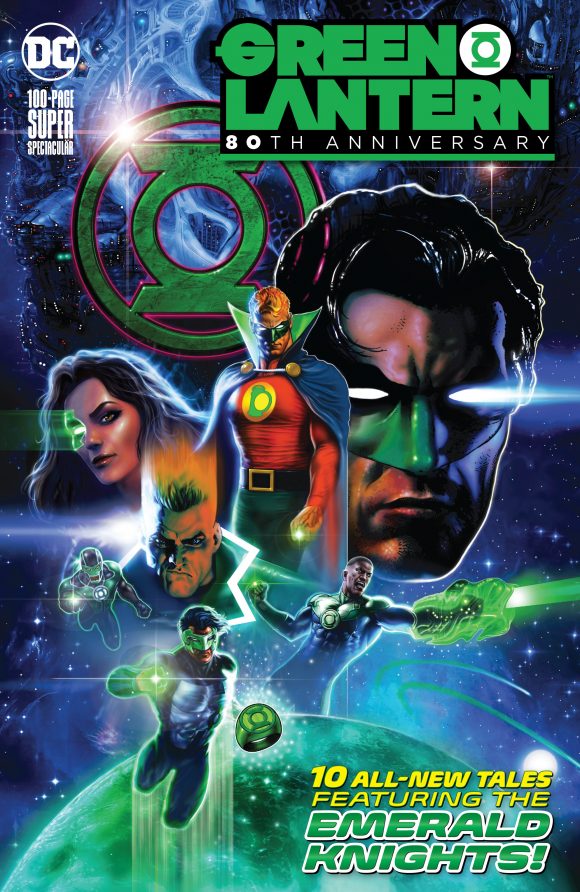 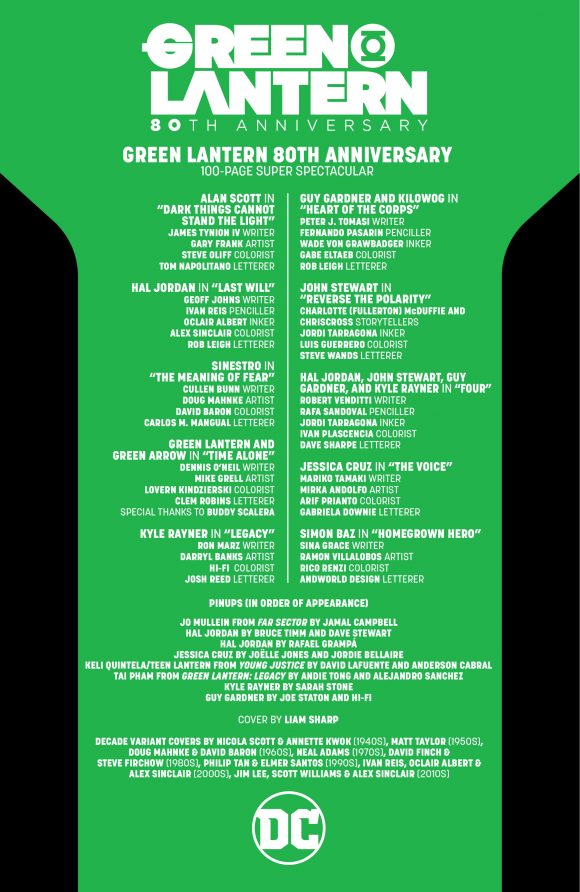 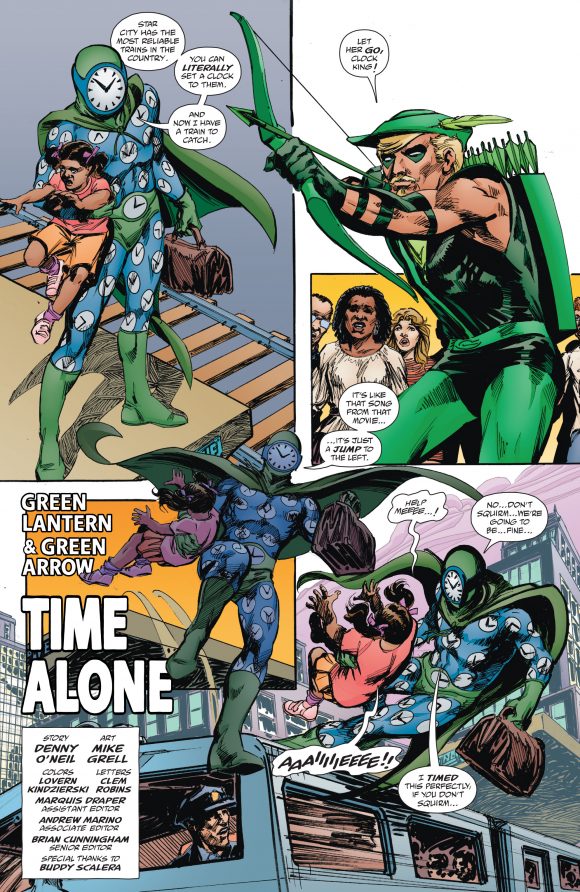 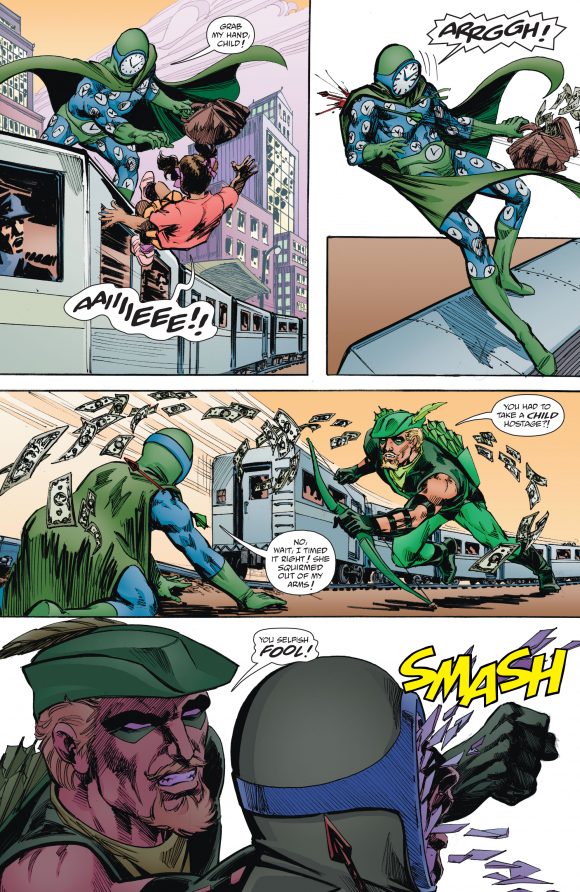 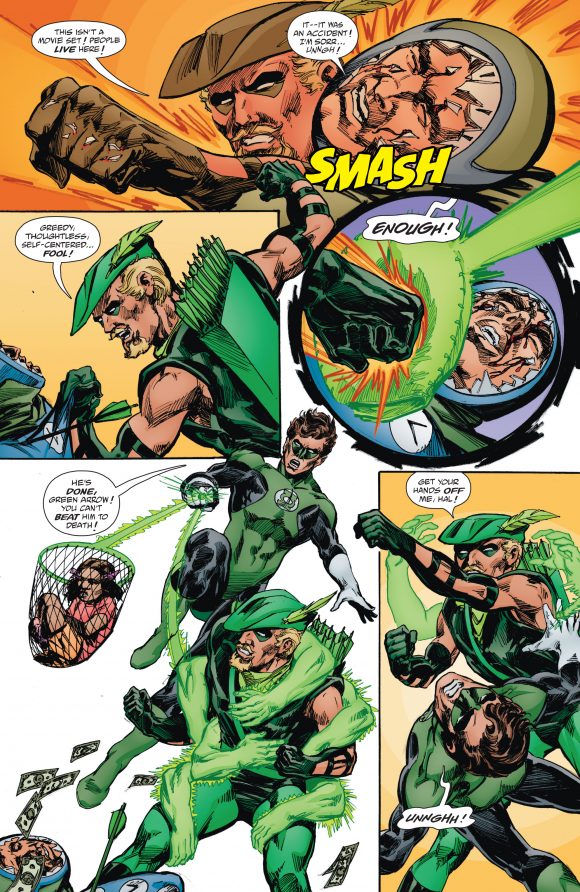 — What an absolute, bittersweet treat it is to see these mega-talents together one last time. And not for nothing, I would read every issue of a new Grell Green Arrow series. (One can dream, right?)

— You can also check out a preview at DC’s website. Click here for that and more info on the issue.

— And here’s some more O’Neil news: DC is planning a hardcover collection of his Richard Dragon, Kung Fu Fighter. Click here for details.

— Even though O’Neil didn’t collaborate with Adams for this final story, the artist has produced one of the decade-tribute covers for the issue. (1970s, natch.) That will definitely be the one I’ll be picking up. Adams also produced two retailer-exclusive covers and you can click here to check them out. 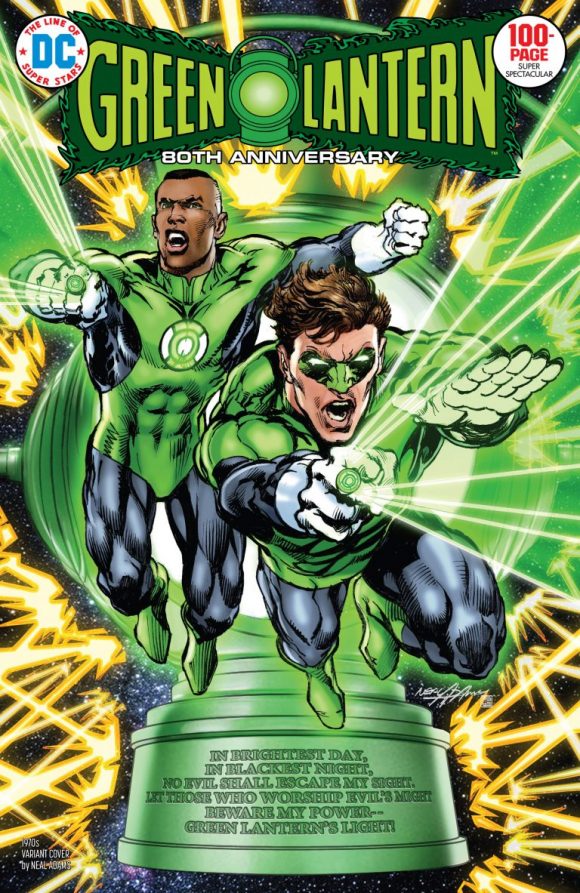 — In addition to Grell, click here for what some of comics’ top creators — including Kelley Jones, Jerry Ordway and Greg Capullo — had to say about O’Neil and his legacy.