Finally! Dig this FIRST INSIDE LOOK at BATMAN ’89 #1

For fans of the Dark Knight, particularly Tim Burton’s vision of Gotham’s guardian, DC’s new Batman ’89 comic has been a long time coming — and it’s been worth the wait.

DC on Thursday evening released the first SNEAK PEEK at Batman ’89 #1 — which is due Aug. 10 — and you can check out the pages below. But I’ve also had a chance to read the issue in advance and as someone who’s wanted this comic for about 30 years, I can tell you that it’s first rate — an organic progression from the world envisioned by director Tim Burton, yet unique to its medium.

But let’s get to the pages, by Batman screenwriter Sam Hamm, artist Joe Quinones and colorist Leonardo Ito: 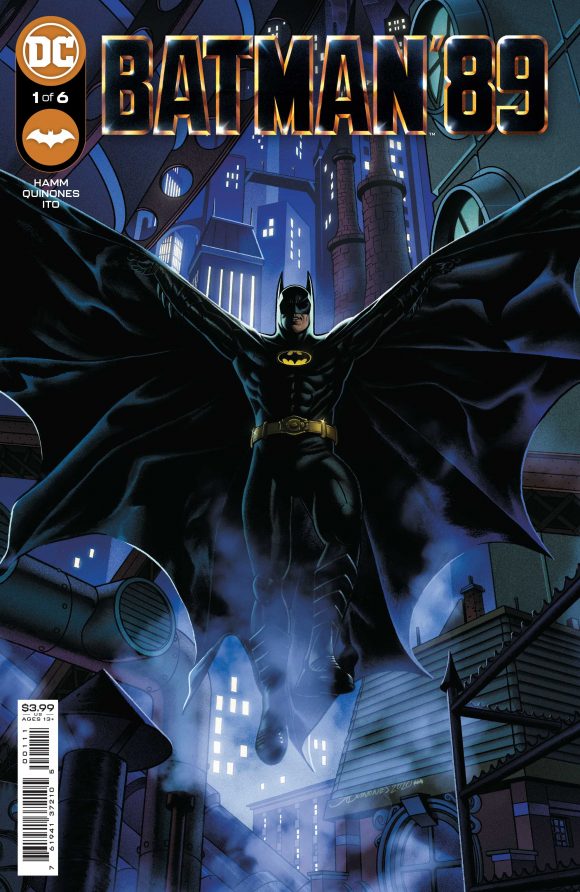 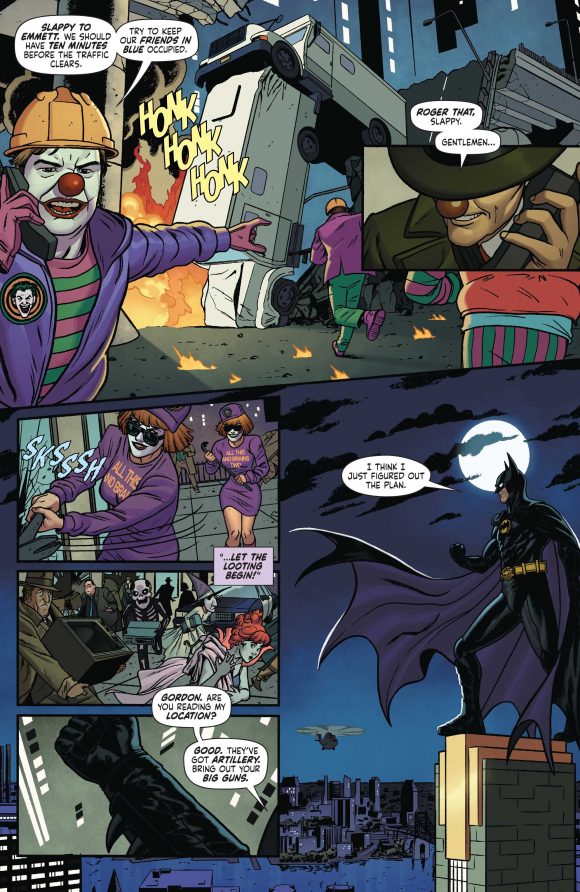 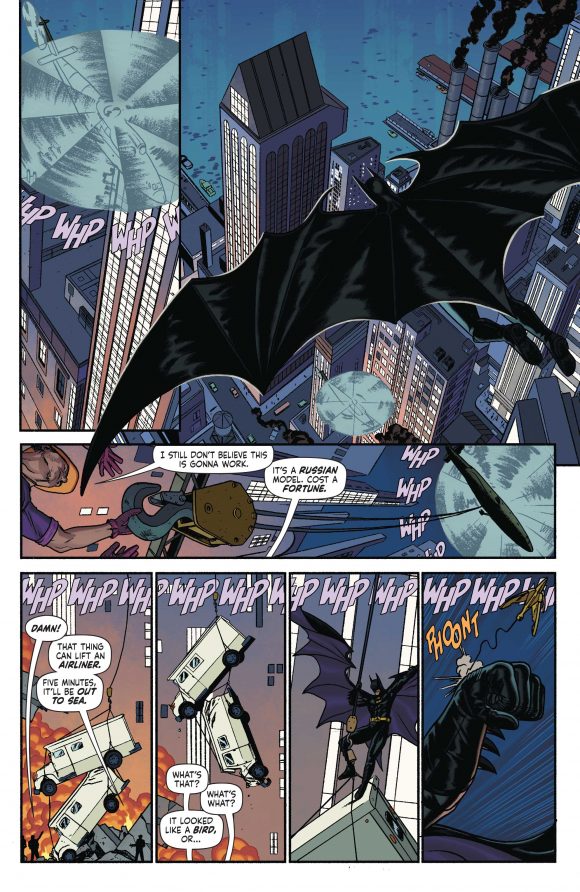 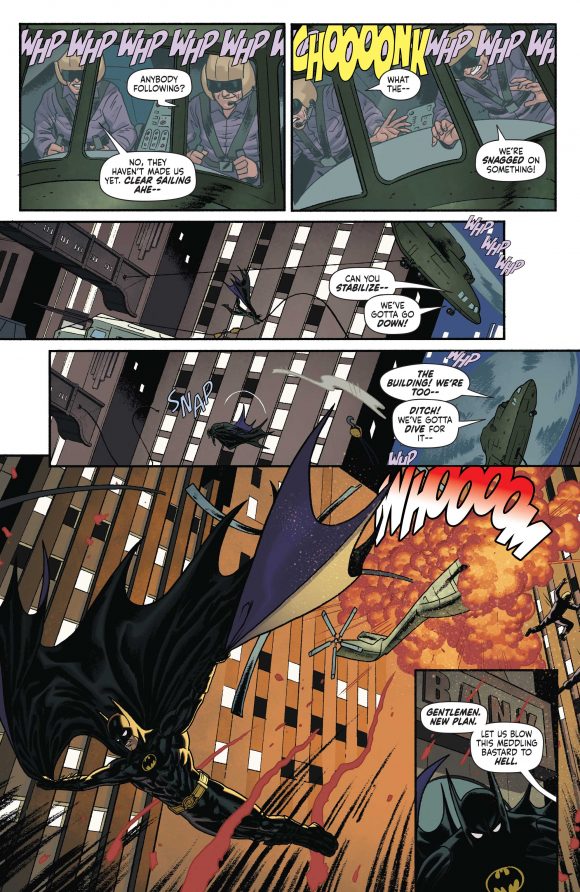 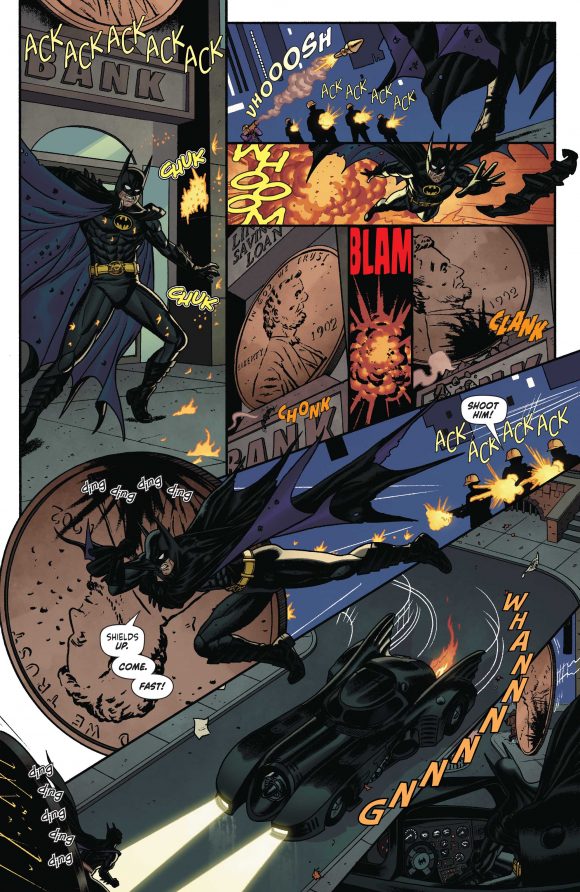 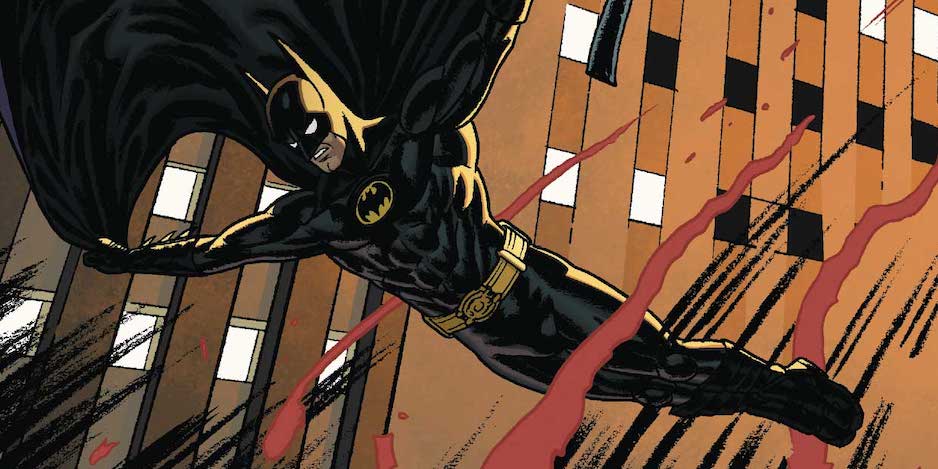 — Since this is a 6-issue series, obviously the first chapter — “Shadows” — is mostly set-up. But what’s important is that we immediately get pieces of Harvey Dent’s back story. There’s far more character work here than shown in Billy Dee Williams’ relatively brief screen time.

— Quinones draws a terrific Batman and Bruce Wayne. There are also Easter eggs throughout, as you might expect, and not all of them are callbacks to the films. Bits from comics and animation are also in the mix. Thematically, however, I’d say the story draws from Christopher Nolan’s Dark Knight Trilogy in addition to the Burton films.

— All in all, draw a big, huge bat on your calendar for Aug. 10, because you will not want to miss this.