Hmm, let’s read the Bat-tea leaves, shall we?

A second variant cover for August’s Batman ’89 #1 has been unveiled at Lunar Distribution — a “team variant” by Taurin Clarke — and it raises some new questions about what to expect from the much-anticipated Burtonverse comic by Sam Hamm, Joe Quinones and Leonardo Ito. 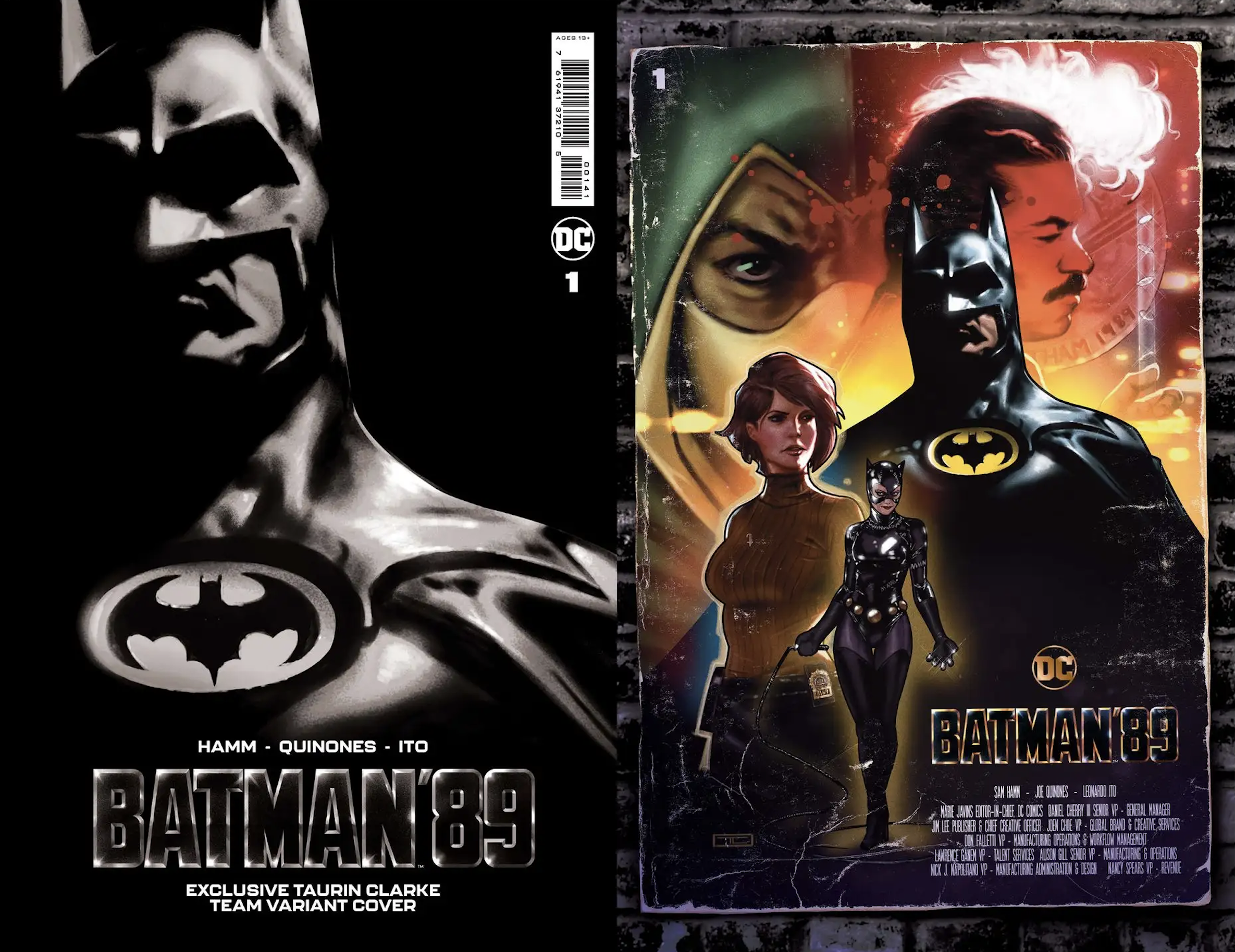 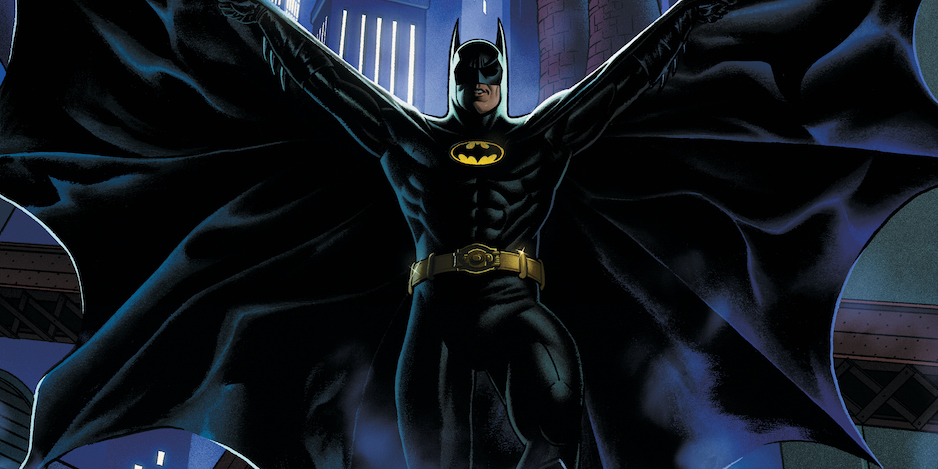 — Right off the bat: Who’s the woman carrying the police badge? Renee Montoya? Perhaps even Barbara Gordon? Someone new — or that I’m not thinking of?

— Even more intriguing: Who’s the looming figure in the upper left? Looks like an assassin wearing Ra’s al Ghul’s green and gold. Hmm. Or maybe even (though I doubt it) a Burtonverse version of Green Arrow? Or maybe even (though I doubt it even more) Kobra? Or none of the above? That’s OK, I can wait to read the comic to find out. (UPDATED: It appears to be… Robin! Even though the character here seems older. Check out Joe Quinones’ tweet. Then again, it could be an early costume because Quinones has also tweeted out a more traditional Robin look.)

— Issue #1 is due Aug. 10. But keep this in mind if you want this particular variant: Stores have to order at least 250 copies of the book to get it, so it’s going to be on the rare side. (Another variant cover has yet to be revealed, by the by.)

— Wanna see the other Batman ’89 #1 covers unveiled so far? Of course you do. Click here.