Everything has a National Day, it seems, and Friday is National Vinyl Record Day. Why? Because Aug. 12 is often used to mark Thomas Edison’s invention of the phonograph (though the date is in dispute).

Anyhoo, my favorite comics cover featuring an album is 1970’s Batman #222 by Neal Adams, which stars the Beatles and has all kinds of fun with the bonkers “Paul is Dead” conspiracy theory that took hold in the late ’60s. 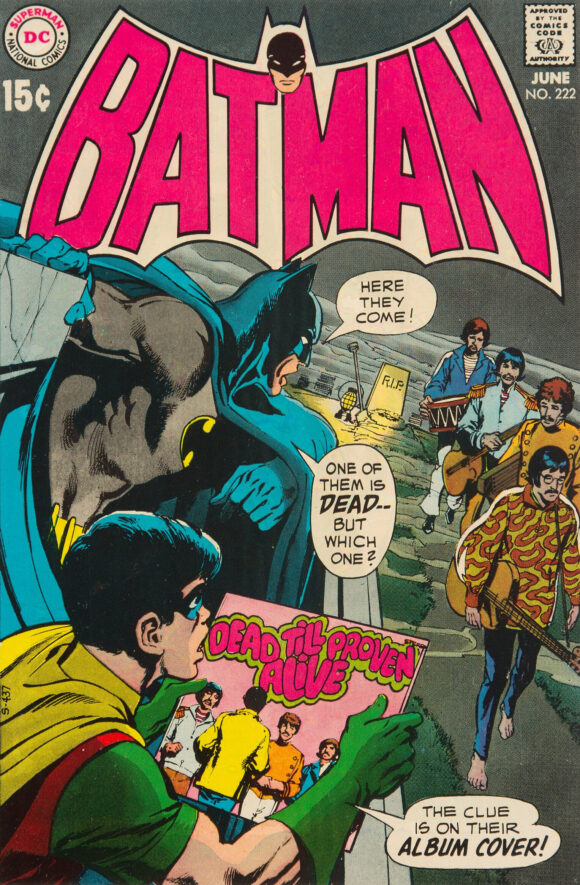 The story itself is a daffy take-off by Frank Robbins, Irv Novick and Dick Giordano — the band is called the Oliver Twists and “Paul” is renamed Saul Cartwright, for example — but the cover is Adams at his ominously atmospheric best.

As a kid it was a grail book of mine and it remains one of my favorite collectibles — so much so that I thought it’d be fun to track down the original art and present it here. Thankfully, it wasn’t hard — it’s at Heritage Auctions’ website, where it sold in 2017 for $77,675, including buyer’s premium).

So, roll up for the Bat-Mystery Tour and dig this: 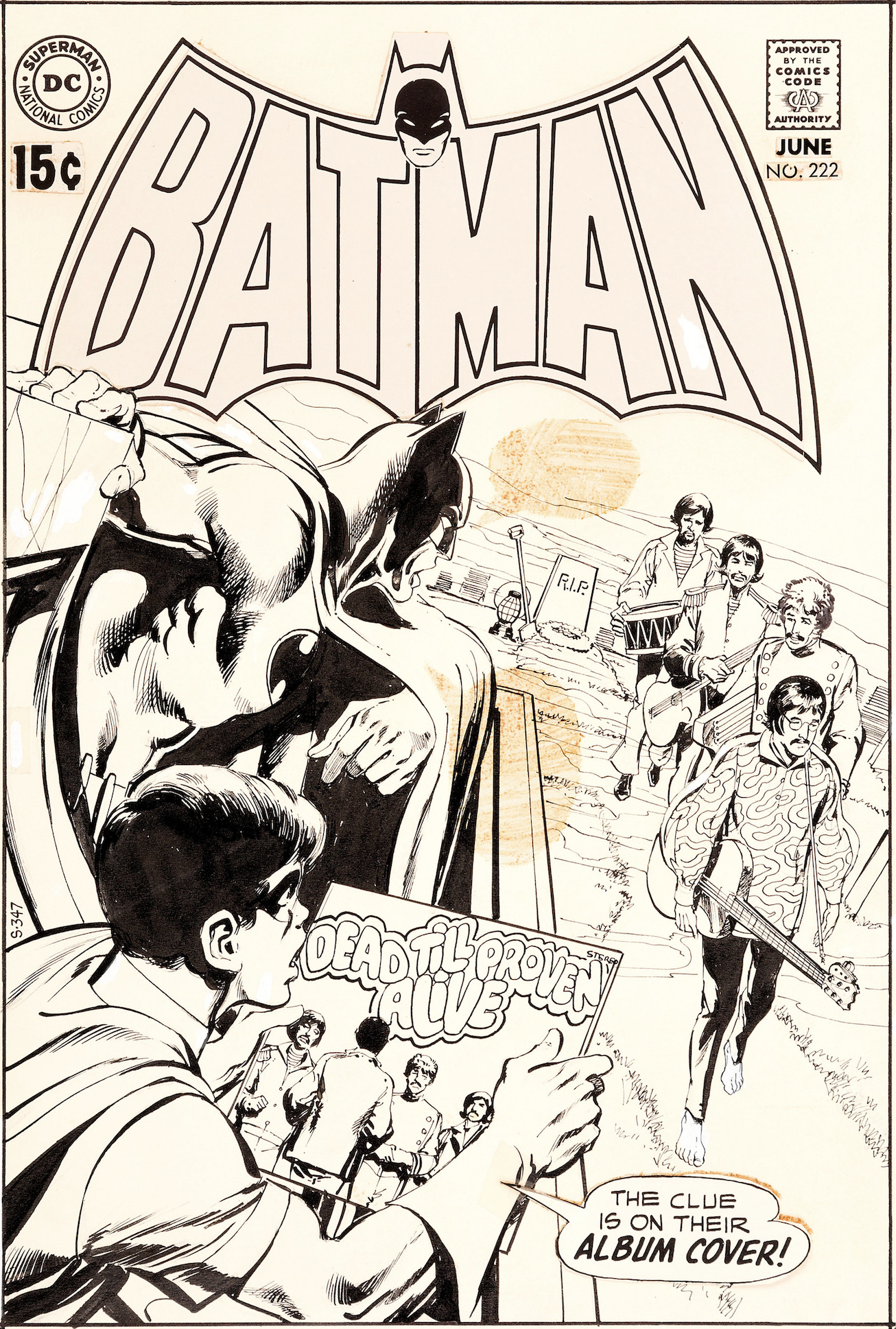 I never tire at looking at original covers and pages. The impact of the linework is so immediate that you feel like you’re in the artist’s head, seeing what creative choices were made, where the illustrator decided to place emphasis and where they decided to yank the reins.

Adams was in his prime here, so this is just a fab piece of art in its own right.