Yet one more example of why he’s the master…

Hey, all credit goes to 13th Dimension pal Karl Heitmueller for this one.

Karl recently posted on Facebook this image of Neal Adams and inker Dick Giordano’s original art for the cover of 1975’s Power Records adventure Stacked Cards and I just couldn’t resist sharing it, as well: 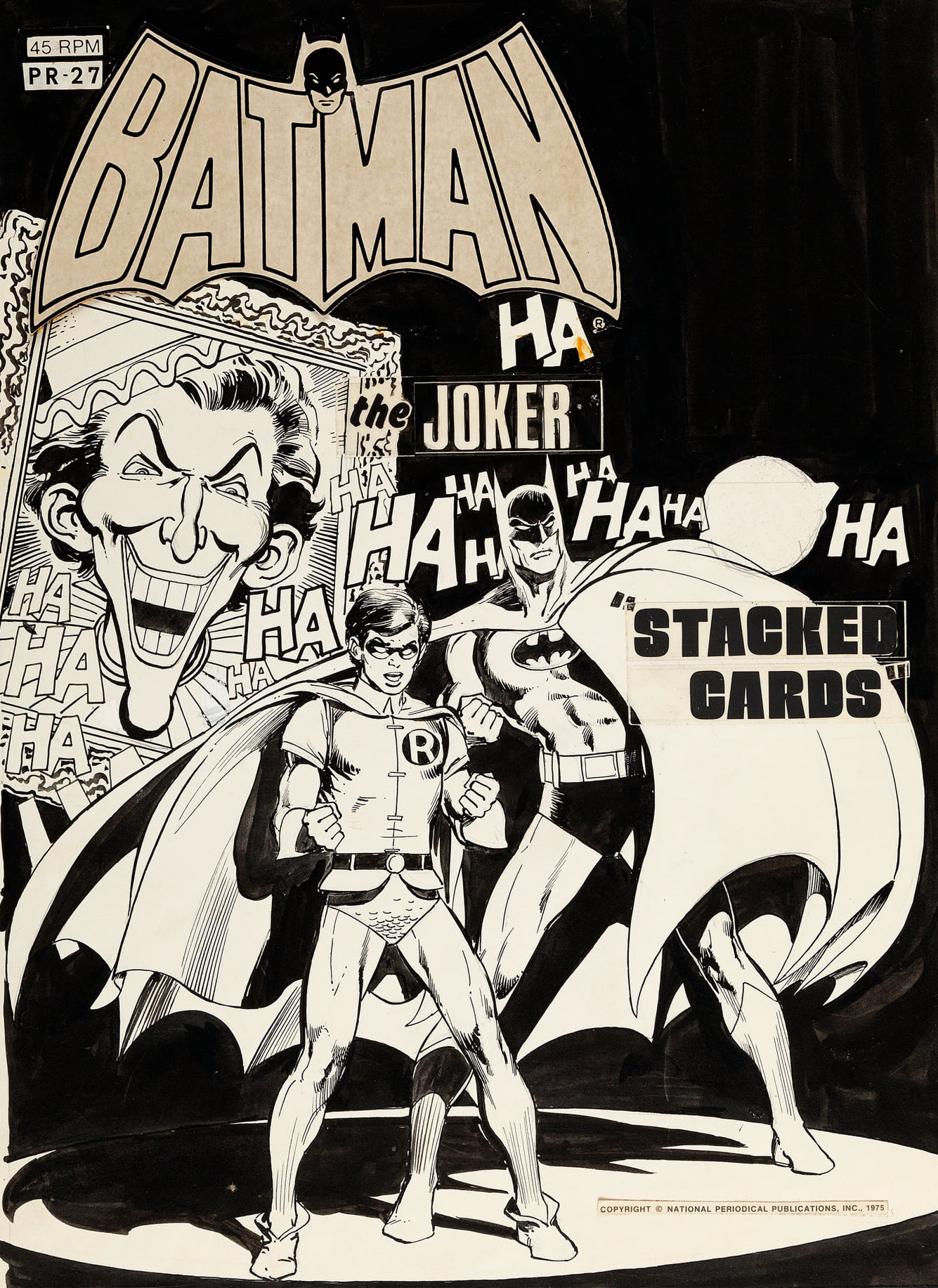 Since this wasn’t a standard DC Comics cover, Stacked Cards often gets left out when fans think of the best Batman covers of the ’70s. I think part of the reason is that the color registration of the finished product didn’t do the image any favors. (Nor did the crowded trade dress, but that was typical of Power Records, necessary because the company had to blare exactly what the product was.) 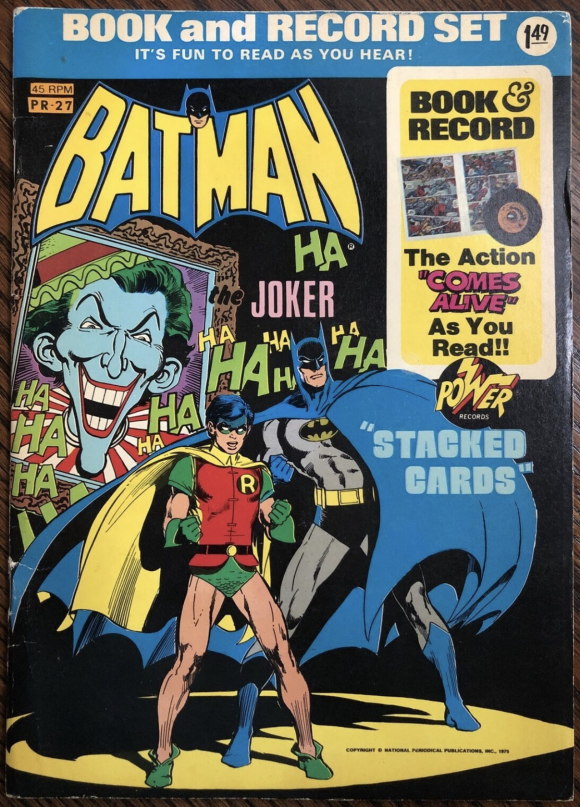 But taken on its own, in stark black and white, this is a classic Batman and Robin tableau, with hints not just of the Golden Age, but specifically Jerry Robinson’s habit of drawing the Caped Crusaders while a much larger image of the Joker menaces our heroes. (Adams went to this well with the classic Batman #251 and it’s brilliantly effective here too.)

It’s also the rare, straight up, Adams Batman and Robin pose; since Dick Grayson had left for college by this time, the artist didn’t have many opportunities to draw the Dynamic Duo, and certainly not in the standard “at the ready” position, like in 1941’s Batman #9 cover pencilled by Fred Ray and inked by Robinson: 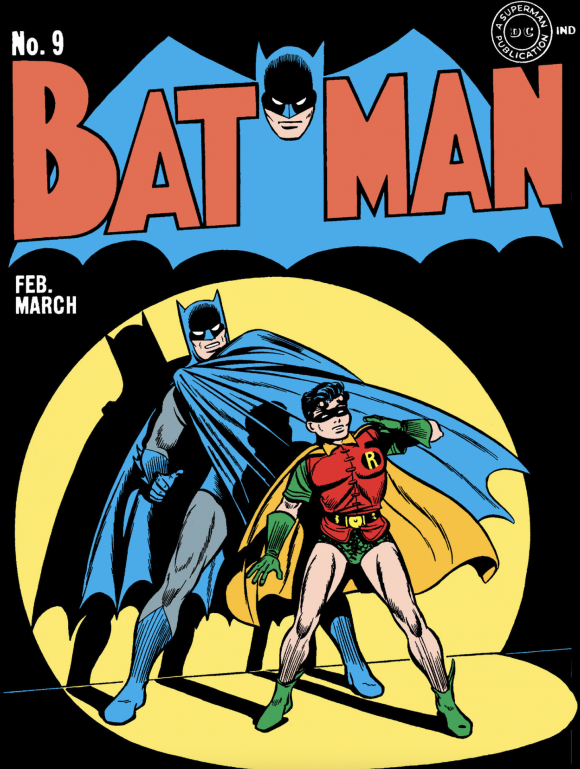 Anyway, there’s not much more to say about it — other than it sold at auction in 2018 for $31,070. I just wanted to show off some magnificent art for your entertainment and, to be truthful, my own.

— An INSIDE LOOK at STACKED CARDS: The Clown Prince of Crime on Glorious Vinyl. Click here.