Summer readin’, you’ll have a blast… 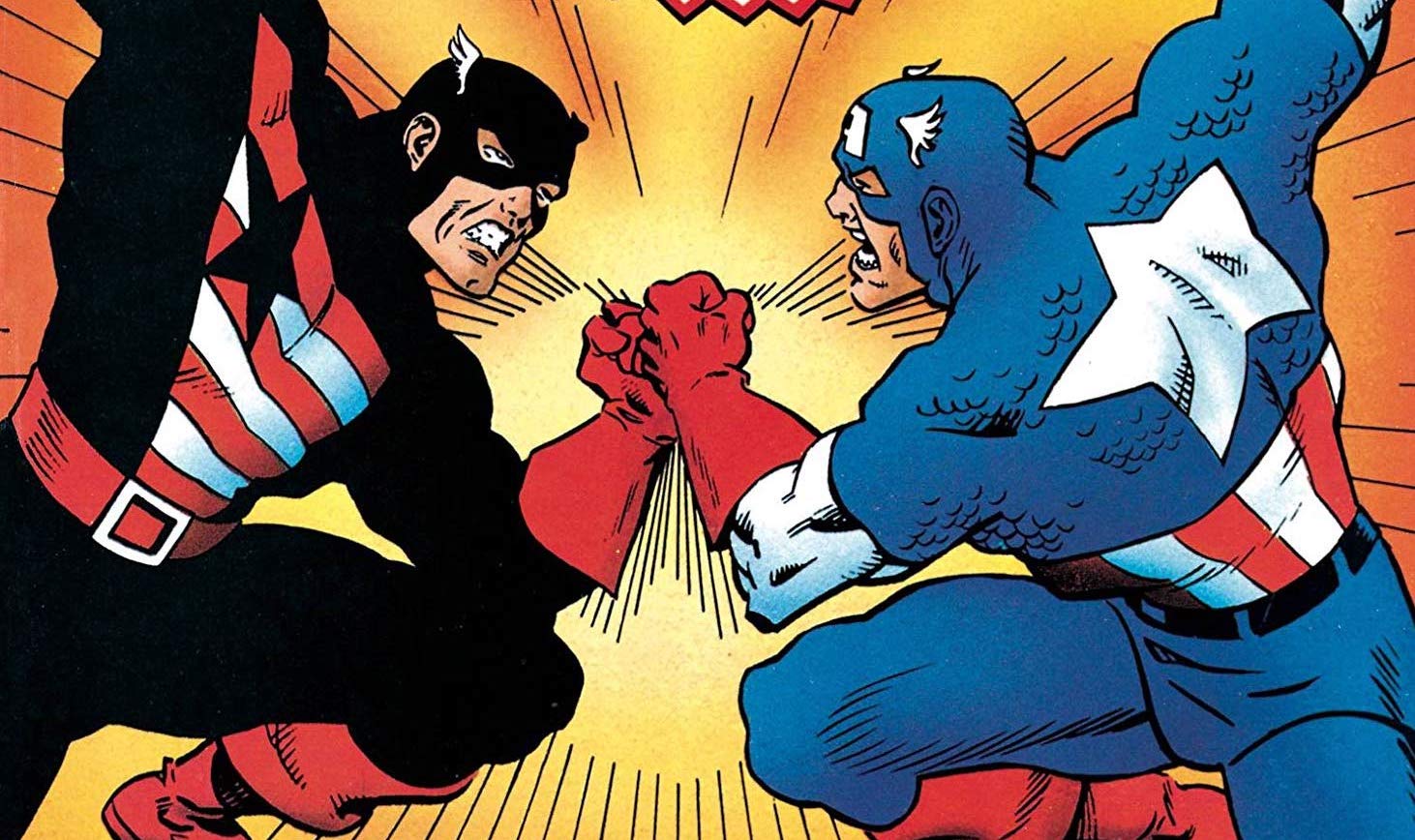 It’s February. There’s a blizzard here in Gotham. Time to think about summertime!

Well, Marvel has you covered with yet another wave of new Epic Collections, beginning in June.

We’re talking top-flight books from the ’70s through the ’90s starring the likes of Captain America, Conan the Barbarian, Spider-Man, Iron Man, Doctor Strange, the Punisher, and various mutants. Plus, classic Star Wars! 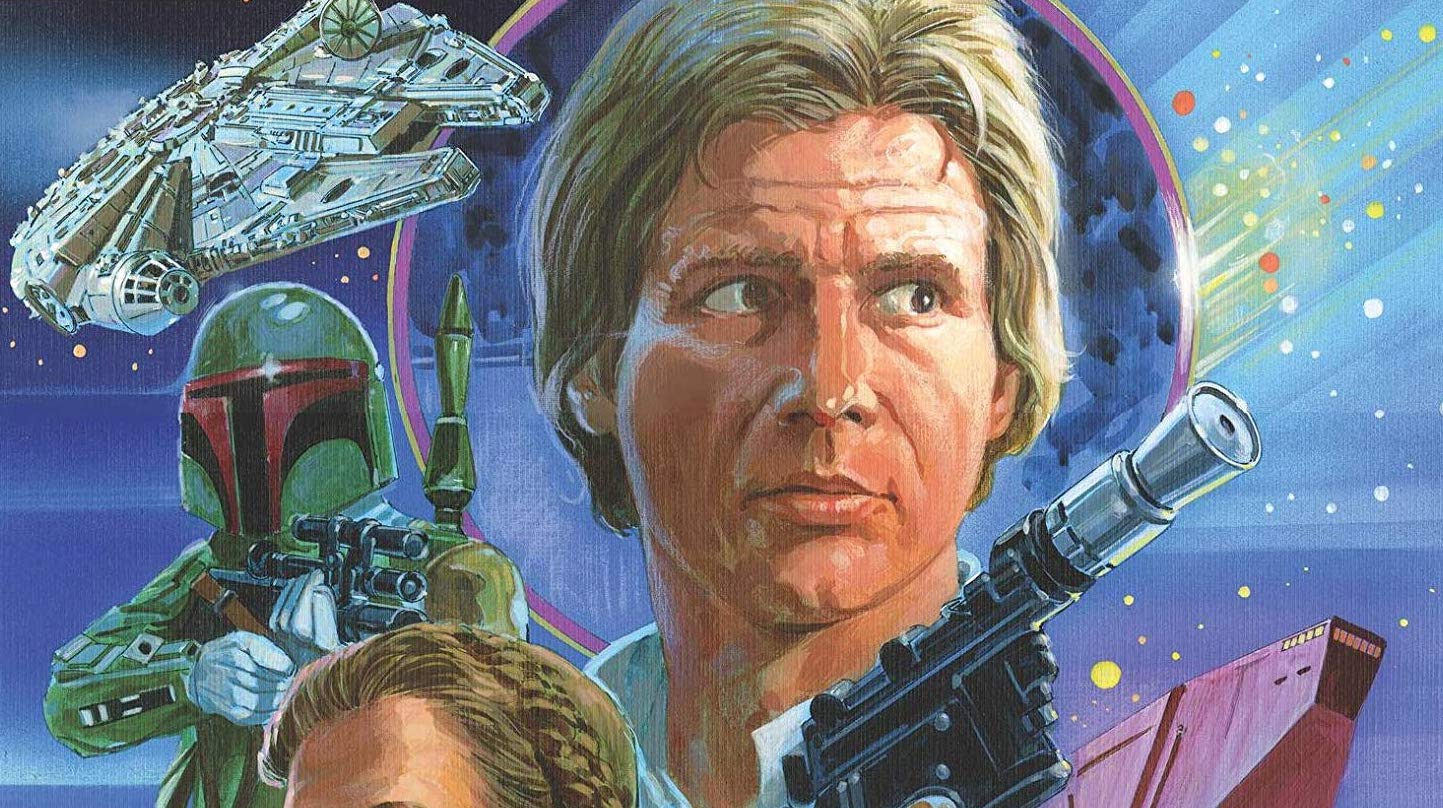 Dig this schedule, according to various listings on Amazon. All are priced at $39.99 except where noted:

Conan the Barbarian Epic Collection: The Original Marvel Years – The Curse of the Golden Skull Roy Thomas and John Buscema join forces to build CONAN THE BARBARIAN into one of the greatest comic book series of all time! Conan wanders the lands of Hyboria, eventually finding himself pressed into duty as a soldier in the army of his one-time foe, King Yedzigerd! Along the way, Conan travels the swamps of Stygia, the jungles of Kush and Zembabwei and the Eastern realm of Khitai, confronting monsters, demons and bloodthirsty warriors! Thomas adapts Robert E. Howard classics like “The Blood of Belshazzar” and spins all new tales including the fan-favorite “The Shadow in the Tomb!” And Neal Adams stops by to illustrate “The Curse of the Golden Skull,” teaming Conan with Juma against the wicked sorcerer Rotath! 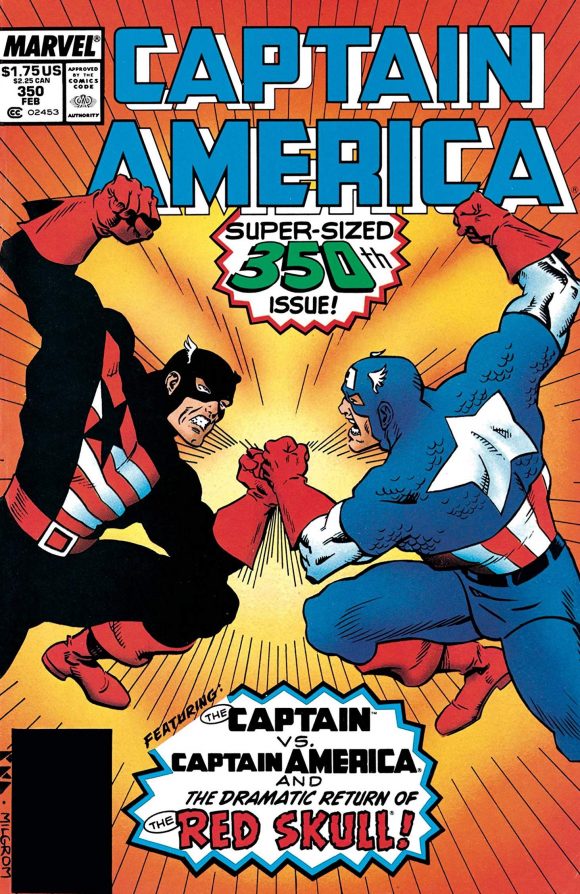 O Captain, my Captain! When Steve Rogers refuses to become a government operative, he’s stripped of his uniform and shield — and a new Captain America is appointed! John Walker, formerly known as the Super-Patriot, does his best to fill the big shoes that Rogers left behind. But can the volatile Walker handle the pressure, especially after his parents are caught in the crossfire? Meanwhile, Rogers reinvents himself with a new black costume and the identity of The Captain! But why is he trading blows with his old friend Iron Man? Freedom Force, the Horsemen of Apocalypse and the Serpent Society wreak havoc, but when the Red Skull returns, the two Caps will be put on a collision course — and by the end, only one shall wield the shield! 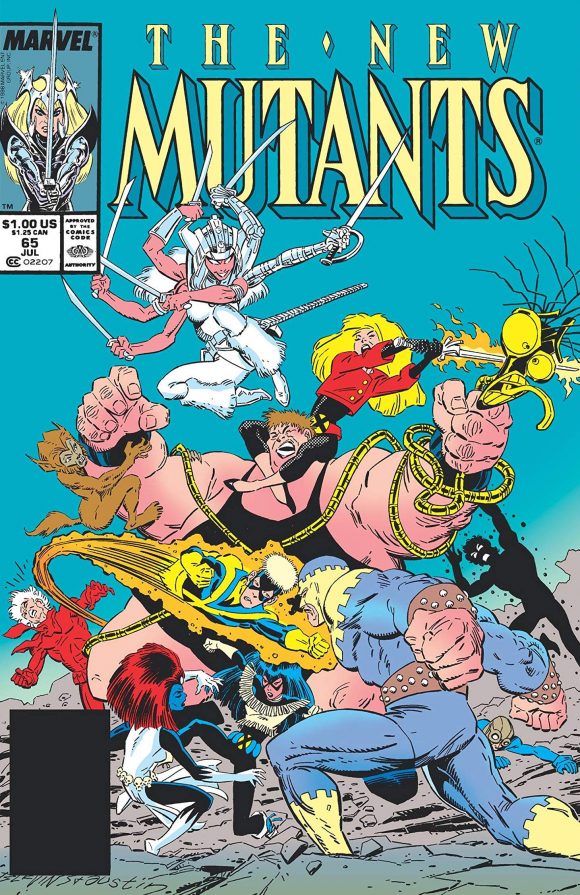 Tragedy strikes the New Mutants! Meet Bird-Brain, a bizarre creature who’s about to become the team’s feathered friend. The New Mutants face off against their rivals, the Hellions, to track Bird-Brain down…but before the quest is done, one of them will switch schools! But there’s worse in store for the team, as they trace Bird-Brain’s origins back to the freak-filled island of the Ani-Mator. Between his weird science and the armored killers of The Right, one of the New Mutants will not return home! Shattered by grief, guilt and loss, how can the team possibly move forward? The New Mutants clash with Freedom Force, and the alluring alien Gosamyr draws the team into an outer space adventure. But as Illyana’s rage grows, there’s trouble brewing in Limbo… 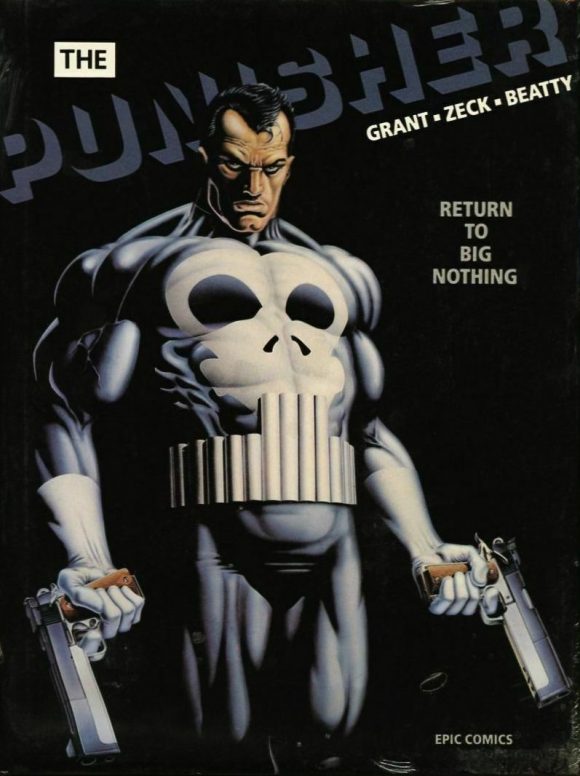 Don’t call him Big Nothing! In an acclaimed graphic novel, the Punisher has a run-in with an old sergeant that takes him back to his Vietnam days — but now they’re on opposite sides! Then, a fed-up Frank Castle targets corporate corruption — with a nuclear submarine! But when super villains wreak havoc with Acts of Vengeance, the Punisher takes on a very unfamiliar foe: Doctor Doom! Frank gives his confession, hears a murderer’s sins, and goes undercover to end a motorcycle gang’s reign of terror — but he’ll need a high-tech solution to battle the cyborg Reavers! Plus, money launderers, drug pushers and a murderous secret society are punished in Frank’s relentless war on crime! 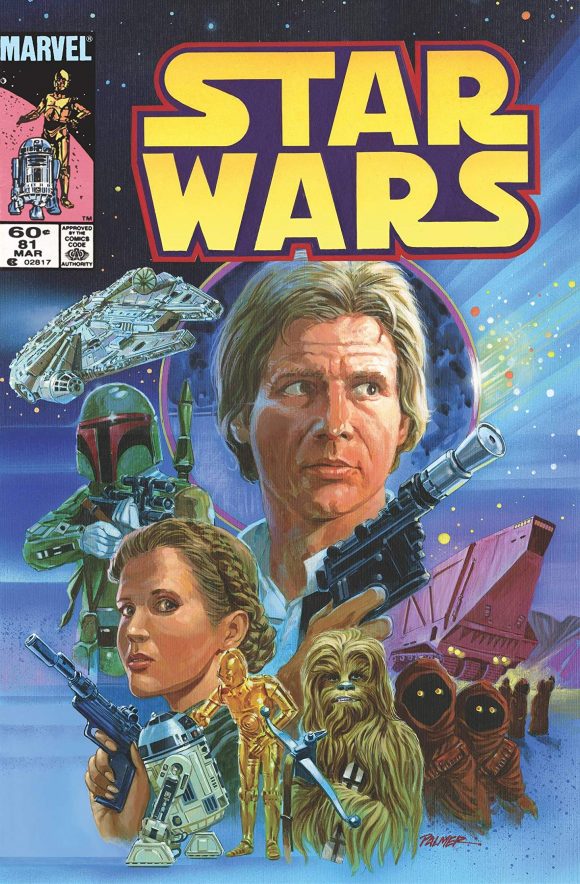 Determined to rescue Han Solo from his carbonite prison, the heroes of the Rebel Alliance undertake mission after mission to track him down…while staying one step ahead of the Empire! But Darth Vader remains equally determined to capture Luke Skywalker, and — with the evil Emperor Palpatine — prepares one final trap to reunite father and son. It all culminates in a gorgeous comic-book adaptation of Star Wars Episode VI: Return of the Jedi — but the story doesn’t end there! The rebels have one final mission: to defeat the last remnants of the Empire and create a New Republic to unify the galaxy once more. But another Dark Lord is waiting in the wings! 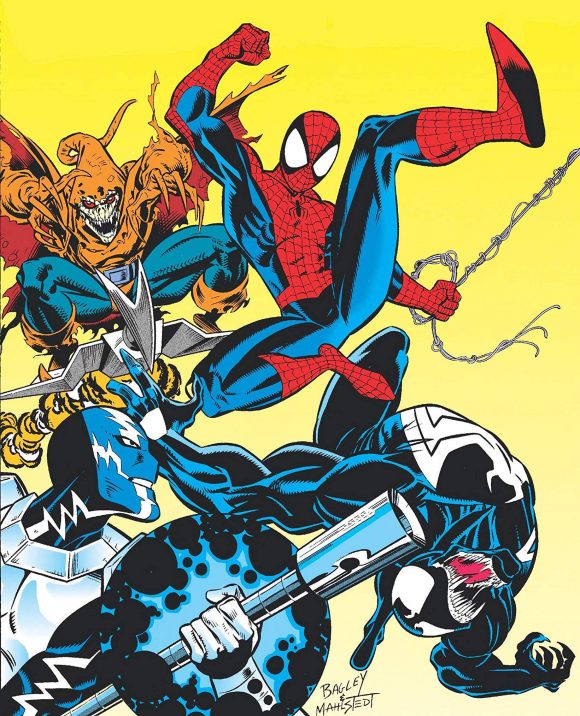 The truth about Peter Parker’s parents revealed! Mary and Richard, long presumed dead, returned home months ago alive and well — but Aunt May still has suspicions, and this family reunion is destined to be anything but happy! But first, Spider-Man must survive a showdown with an angrier than ever Hulk — and Venom’s sparring partners the Jury will serve their verdict on Spidey! But when the Vulture gains a new lease on life at Peter’s expense, it sets in motion a chain of events that will rock the wallcrawler’s world! An enraged Spider-Man vents his fury on the Chameleon, Shriek and Carrion — but can Peter Parker claw his way back from the brink of madness? 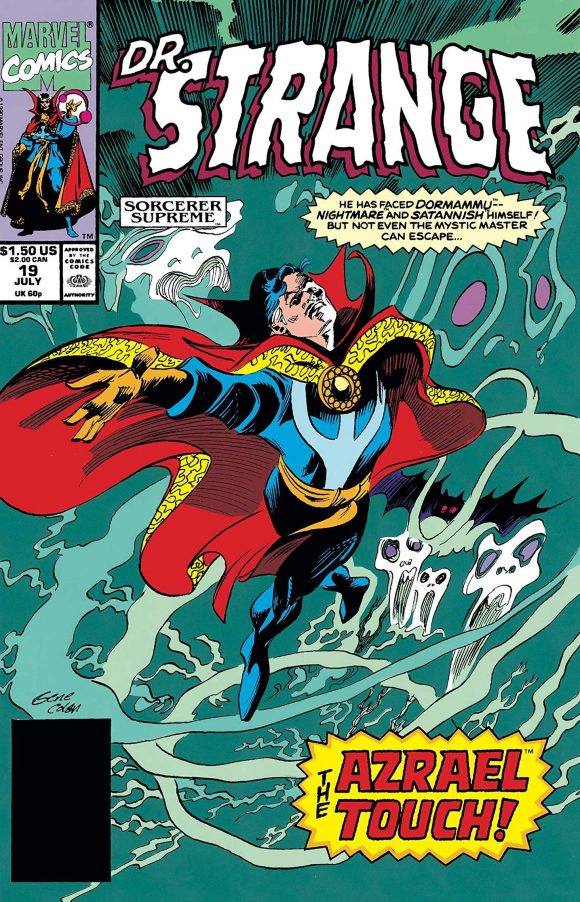 The return of the vampires! Doctor Strange once wiped bloodsuckers from the face of the Earth — but now they rise again…beginning with one very close to Stephen! Brother Voodoo has the answer for the problem — zombies?! And what is Zom — besides big trouble in a tiny form? Dormammu unleashes his Mindless Ones on New York City, captures Clea and renders Doctor Strange powerless! Does this mean that Baron Mordo will be the new Sorcerer Supreme? A possessed Topaz needs help finding the special ingredients to exorcise her demon — and her shopping list includes the fur of Werewolf By Night and the flame of Ghost Rider! And as Thanos exerts his grip on the Marvel Universe, Strange plays a crucial role in the Infinity Gauntlet saga! 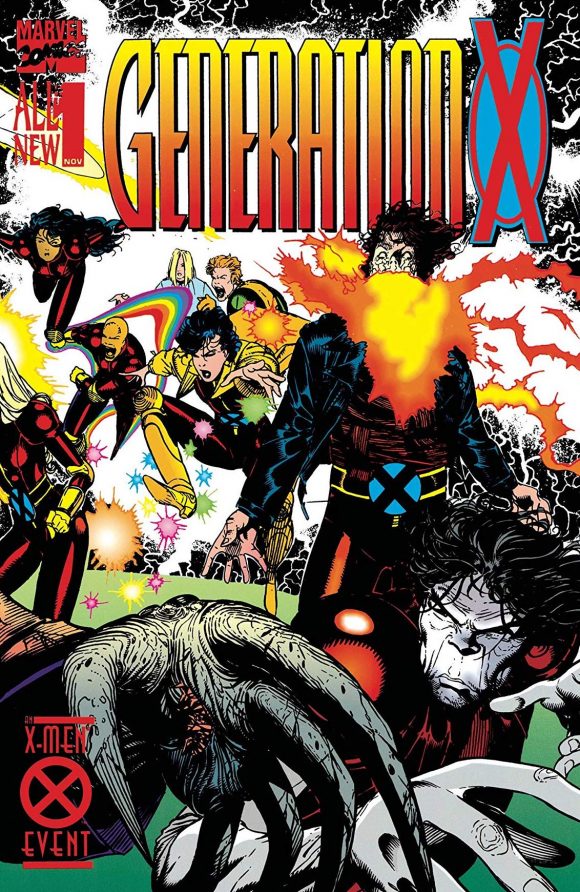 By Scott Lobdell (Author), Chris Bachalo (Artist) and others

Meet the new class! The techno-organic aliens known as the Phalanx have targeted the next generation of mutants — and now Banshee, Jubilee and the White Queen must rescue Synch, Husk, M, Skin and Blink! But will all of them survive to attend the newly reopened Xavier’s School? The sullen Chamber and mysterious Penance enroll as well — but who is the marrow-sucking monster called Emplate, and what is his connection to one of the students? As the Gen X kids adjust to their new lives, romance blossoms and rivalries form even as they battle Orphan-Maker, Gene Nation and more! But what can their mutant powers do against…magic? Scott Lobdell and Chris Bachalo’s ’90s sensation begins here!

Iron Man Epic Collection: In the Hands of Evil 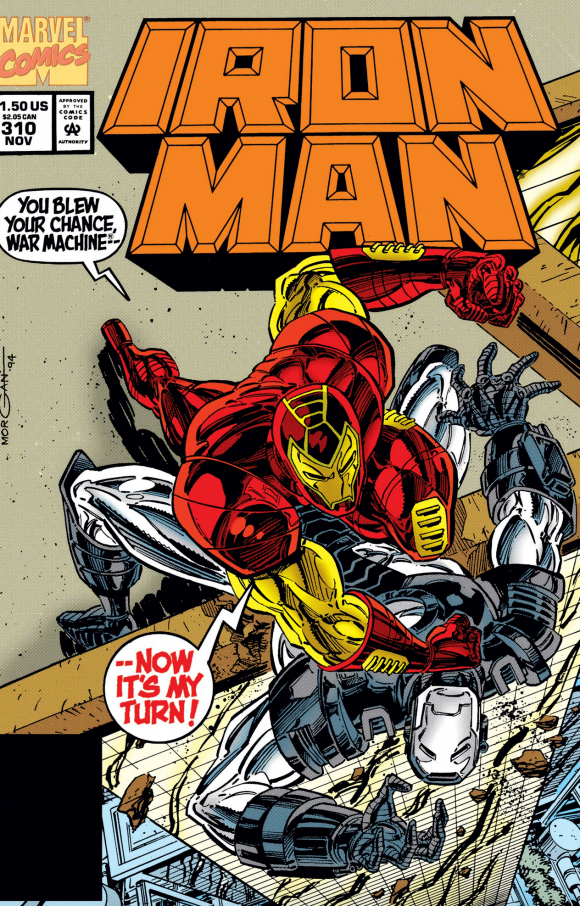 Iron Man vs. War Machine! But when Tony Stark tries to take back Jim Rhodes’ armor, the only winner in their fight is…the Mandarin! As the villain’s sinister plot unfolds, his deadly Avatars attack Iron Man’s team Force Works — and, wielding the mystical Heart of Darkness, the Mandarin unmasks Iron Man at long last! Can Iron Man, War Machine and Force Works stop the villain’s terrible crusade against technology? Then, Tony once again battles his inner demons, and undertakes a fantastic voyage…inside Captain America’s body! And the Black Widow finds herself caught in the middle of an armored conflict between Iron Man, Crimson Dynamo and Titanium Man! But will Shellhead be melted by Slag? 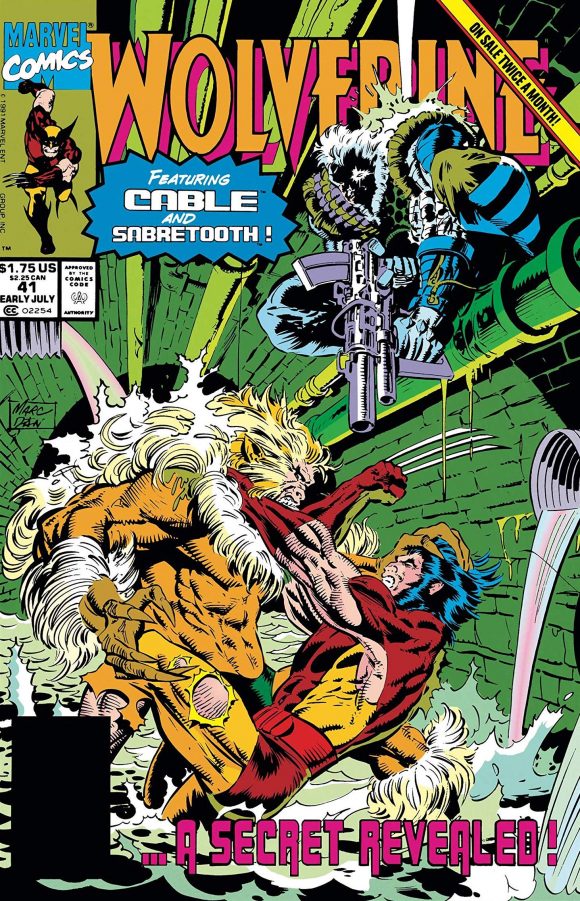 A new chapter in the life of the berserker mutant! Lethal Larry Hama kicks off his epic WOLVERINE run — together with artistic superstar Marc Silvestri! And they begin in Madripoor, where Wolverine investigates an insidious and destructive new designer drug! Then, a Yukon vacation turns deadly when Wolverine encounters the mythical Hunter in Darkness! And when Lady Deathstrike attacks, Wolverine and his old Alpha Flight buddy Puck are cast into a time vortex — and wind up reliving the Spanish Civil War! Back in the present, the Reavers cook up their deadliest cyborgs yet: Albert, a mechanical doppelganger of Wolverine, and his adorable and explosive partner Elsie-Dee! And when the savage Sabretooth returns, convinced that he’s Wolverine’s father, Jubilee, Forge, Cable and Nick Fury must come to Logan’s aid! 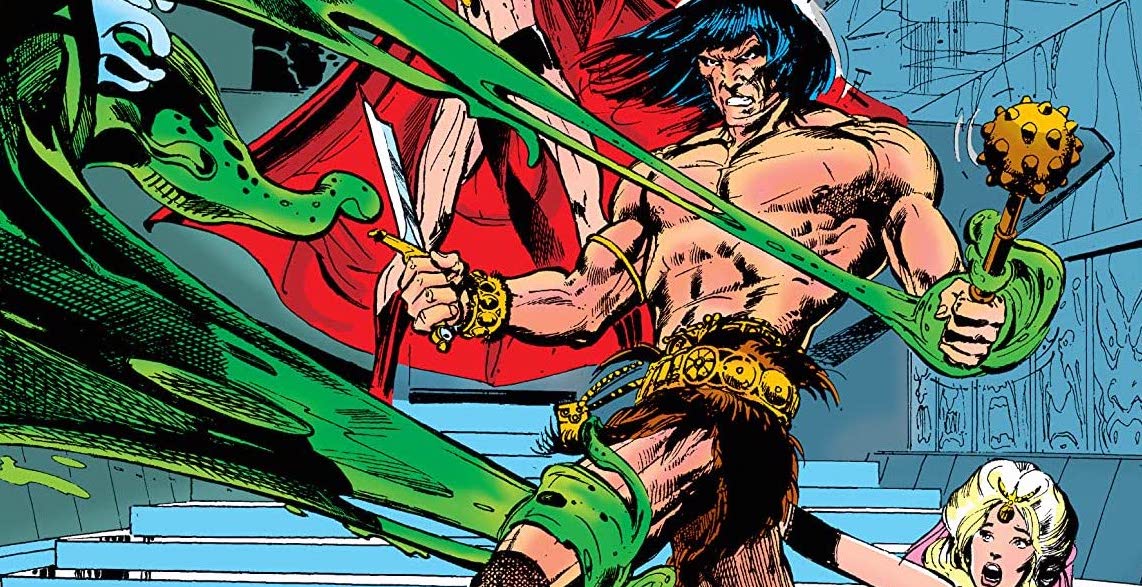 — Most of the credits were provided by Amazon, but I added a few of my own where only writers were listed. I also corrected some mistakes.

— I’m kind of amazed that The Captain hasn’t been an Epic Collection yet, but there you have it. Surely, this is pegged to Disney+’s upcoming The Falcon and the Winter Soldier.

— These listings mostly lacked final covers on Amazon. Instead, a number of placeholders were used on the site instead. Where it was blank, I added a representative cover. In other words, the final covers are still mostly to come. — The dates are Amazon sale dates, which means the books are likely to be released a week or two earlier in comics shops.

— Want more Epic Collection intel? You definitely do. Useful links are below.