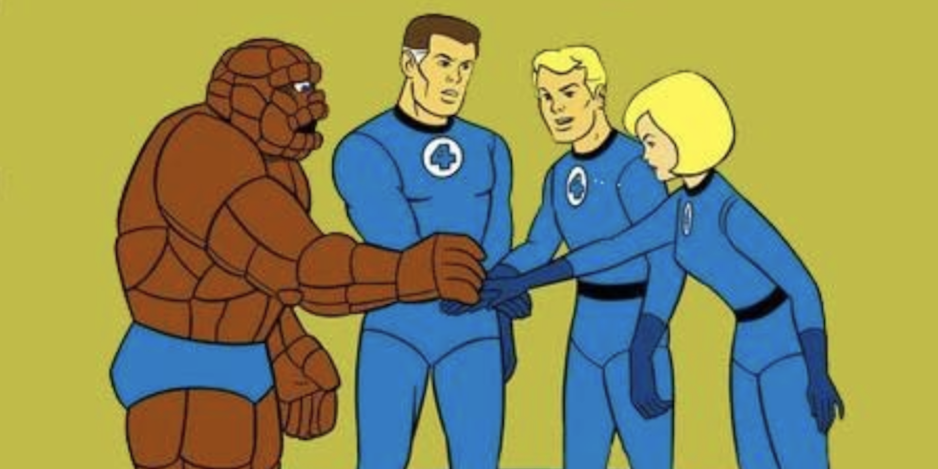 Of all of TwoMorrows’ terrific magazines, I find it the toughest to select EXCLUSIVE EXCERPTS from RetroFan. Michael Eury’s pop-culture potpourri is typically so eclectic, and filled with so many groovy features, that’s it’s hard to highlight just one. 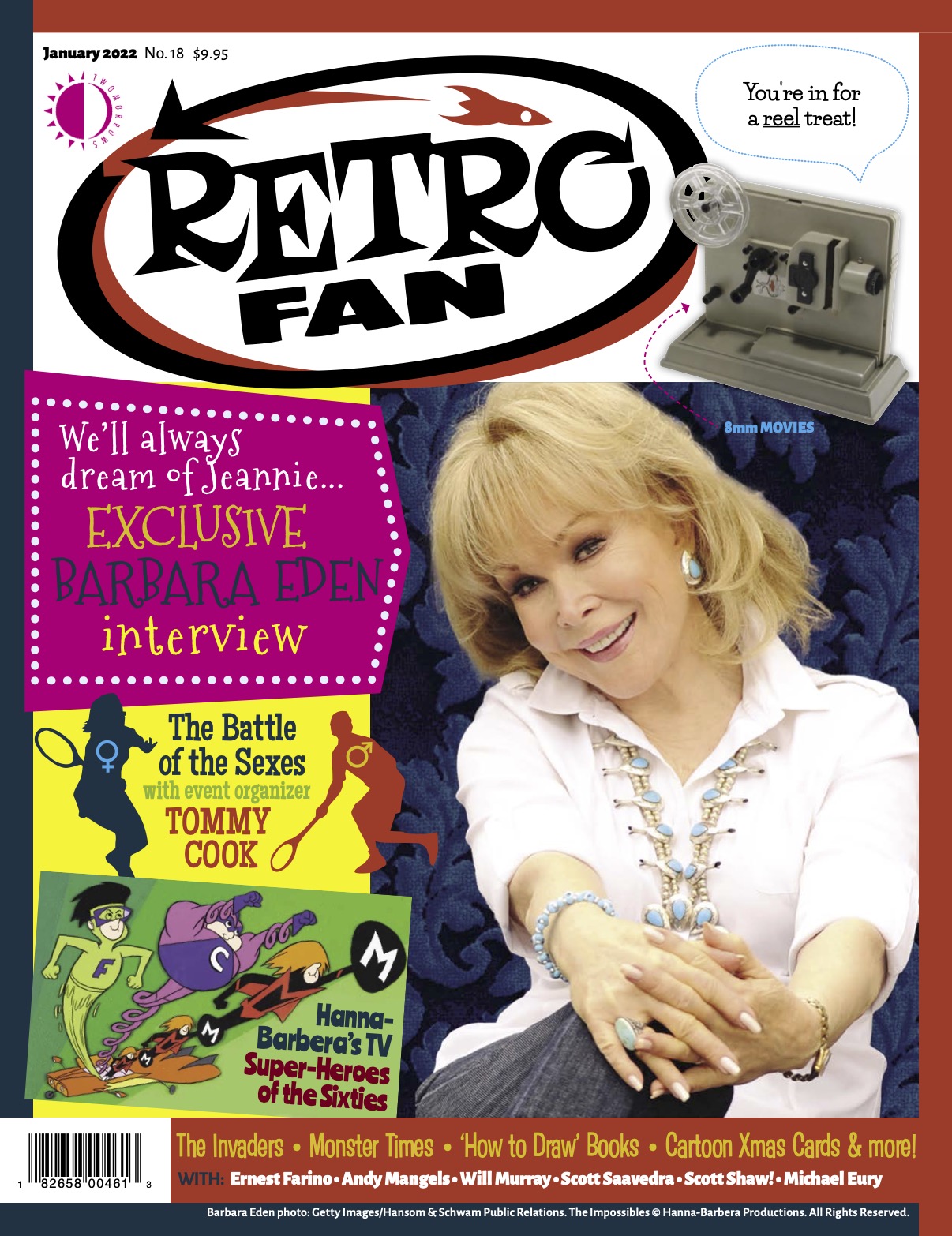 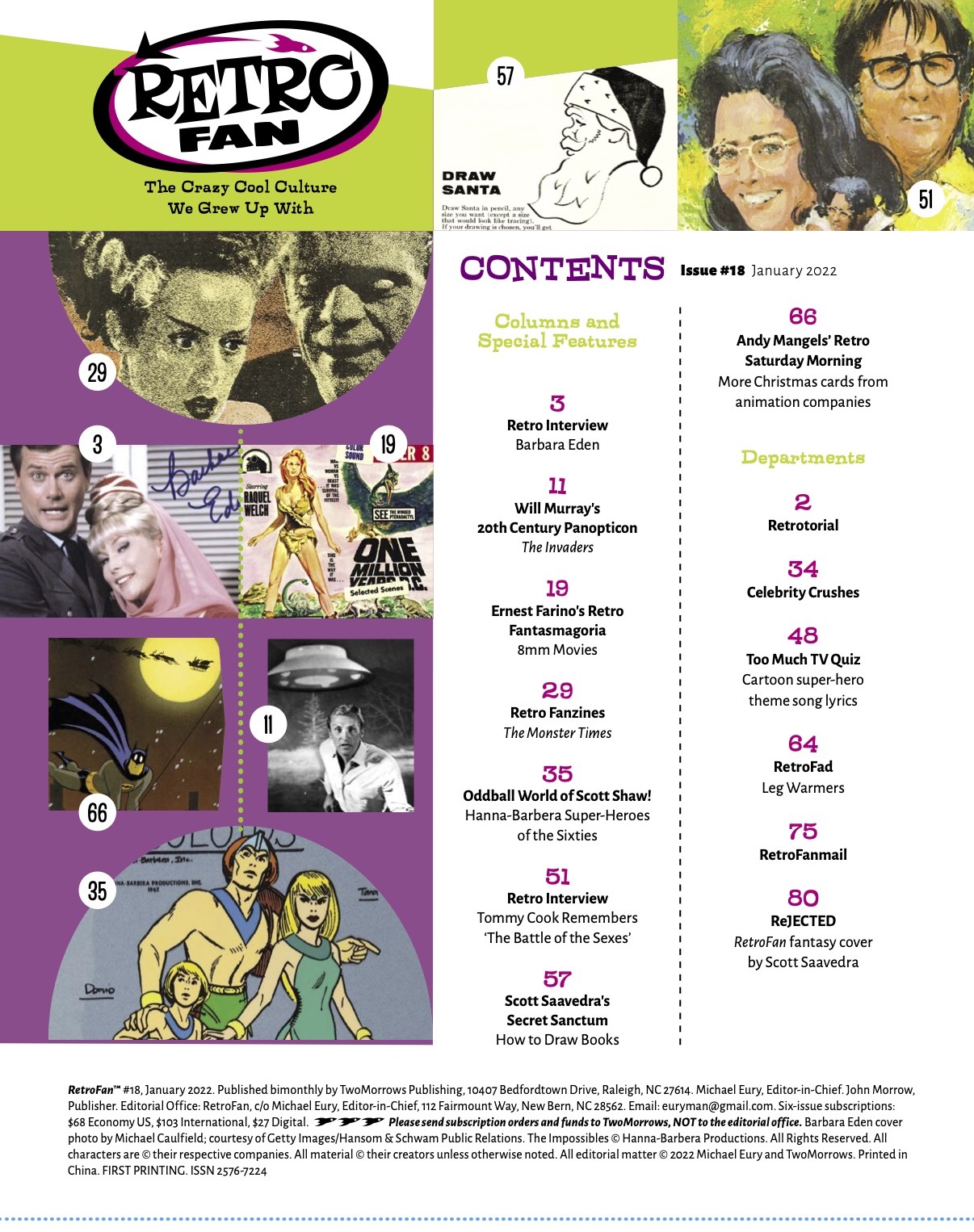 There’s so much to choose from: a great Barbara Eden interview, a round-up of classic Super 8 flicks, a focus on animation-house Christmas cards, to name just a few features.

But I’ve decided to go short and sweet with a piece from Scott Shaw!’s retrospective on Hanna-Barbera’s superhero cartoons of the ’60s — a brief but informative overview of 1967’s The Fantastic Four. 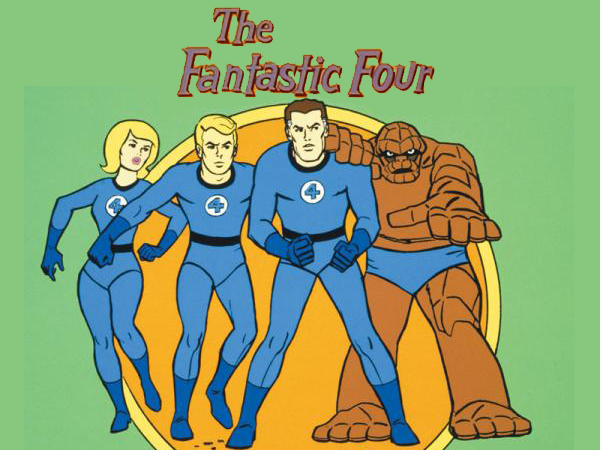 I think that Hanna-Barbera’s adaptation of The Fantastic Four is one of the two best-animated iterations of the property (the other being the 1995 season of New World’s Fantastic Four). Unfortunately, its production values can’t match that of The Herculoids on CBS, aired at the same time.

The show’s strengths include Gerald Mohr—a film, television, and radio actor—as the voice of Reed “Mr. Fantastic” Richards, exactly as you “heard” him in your head while reading
the comic. 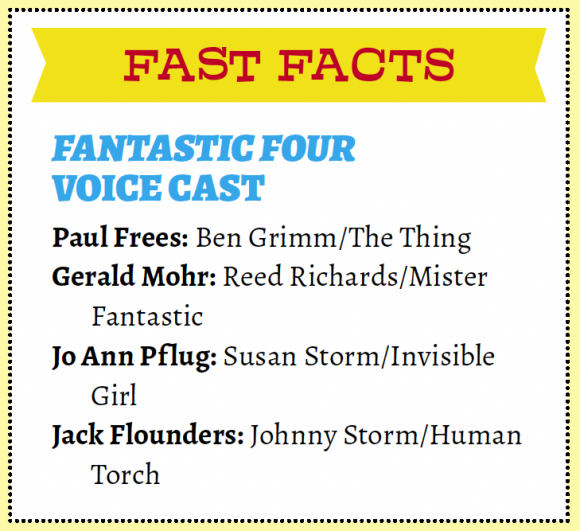 And speaking of comic books, other than the 12-foot-tall Galactus, who was smaller and less intimidating than his comics counterpart, H-B’s FF cartoon often looked very close to Marvel’s FF comics by Stan Lee and Jack Kirby, especially the backgrounds. The show’s director, Lew Marshall, would clip panels from Fantastic Four stories that H-B was adapting to hand out to layout artists and background painters to use as reference.

The show’s instrumental theme music was cool jazz, kinda adult for a Saturday morning cartoon, but appropriate for Fantastic Four. Most episodes are full-length stories, but a few have two shorter segments. My favorite is “The Way It All Began,” a Doctor Doom story that combines Fantastic Four #1 and Fantastic Four Annual #2.

When H-B adapted a story featuring Sub-Mariner, they created a completely new character, “Triton,” unrelated to the Inhuman of the same name, since Subby was already appearing as a segment of the syndicated Marvel Super Heroes series. (Editor’s note: See RetroFan #16 for Will Murray’s Marvel Super Heroes history.) 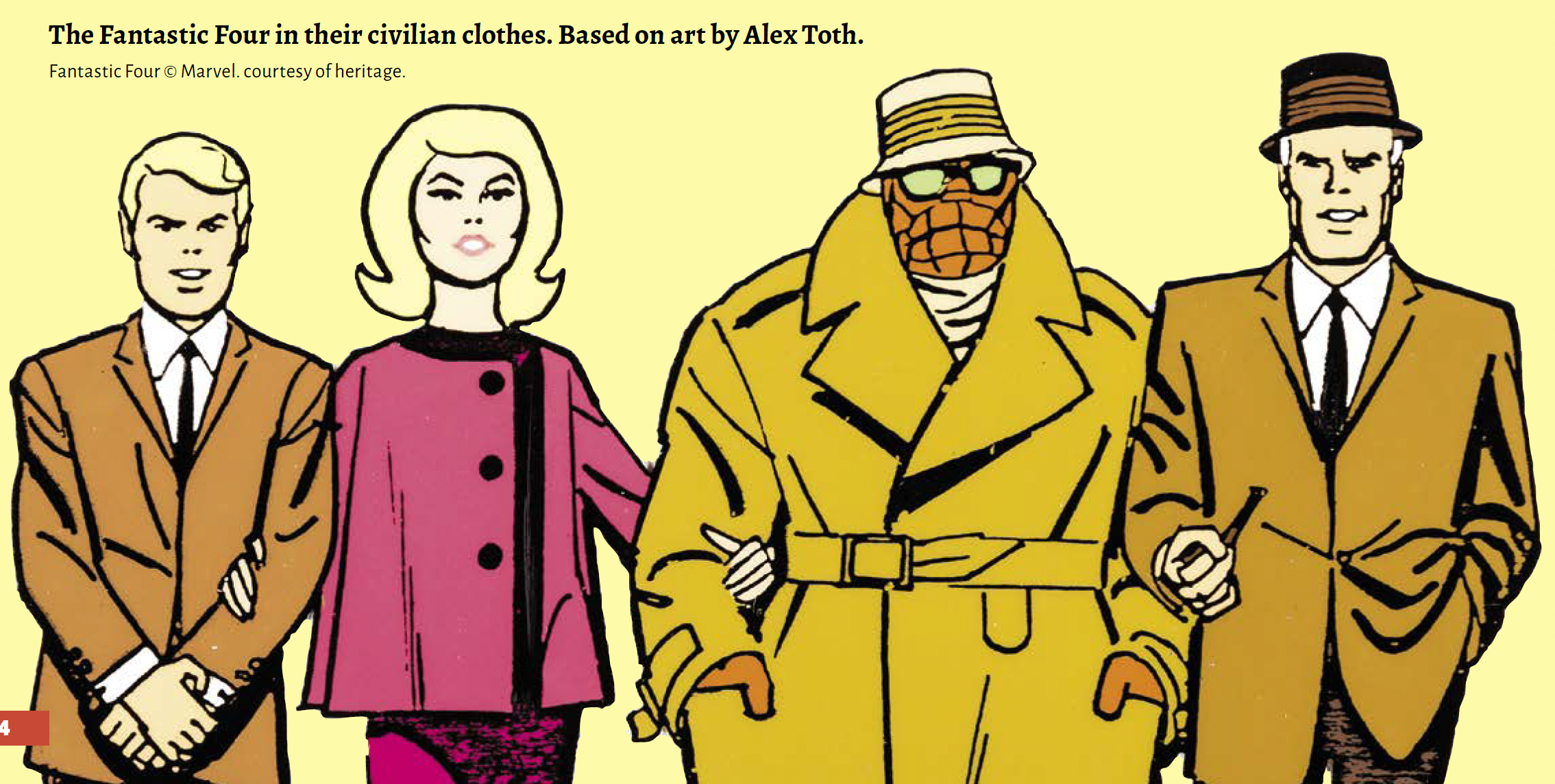 RetroFan #18 is due Dec. 15. It’s available through comics shops and magazine sellers but you can also order it directly from TwoMorrows. Click here.

— THE MARVEL SUPER HEROES: The Origin of the ’60s Cartoon Series. Click here.