It was begun in 2012 but never completed due to Wrightson’s ill health. Before his death, however, Wrightson hand-picked A-Lister Kelley Jones to finish the art. That finale, Issue #4, is out March 7 — in time for the first anniversary of Wrightson’s death March 18. (Click here to read Jones’ commentary on finishing the project.)

Here is your EXCLUSIVE FIRST LOOK at Wrightson’s finished art and Jones’ contributions: 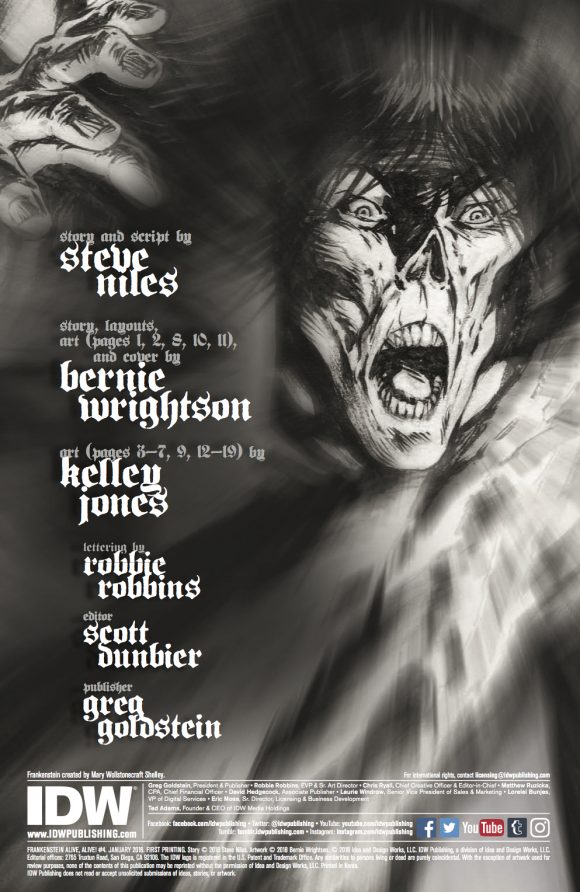 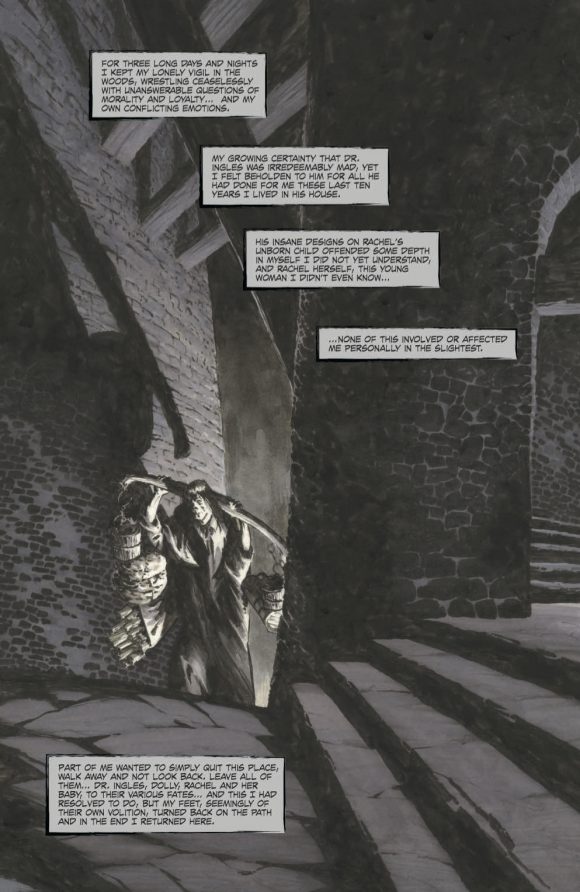 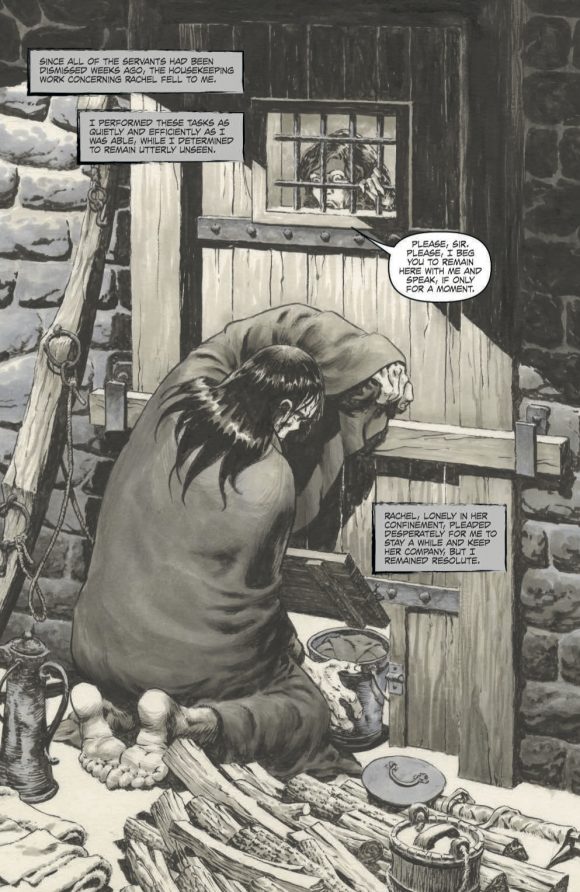 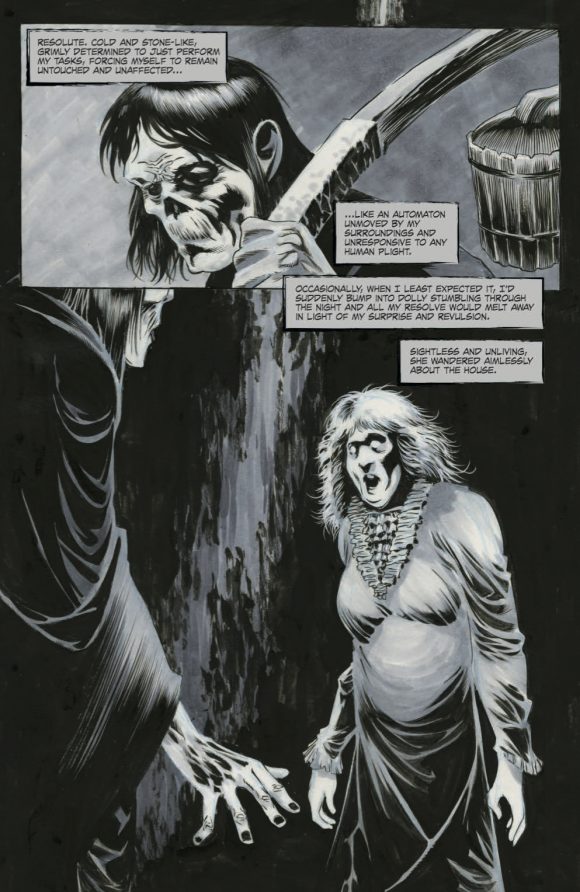 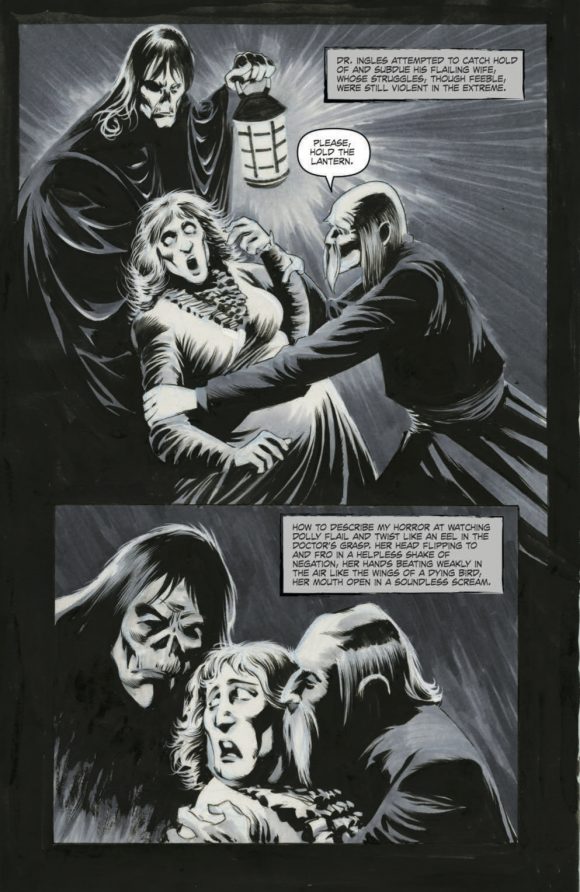 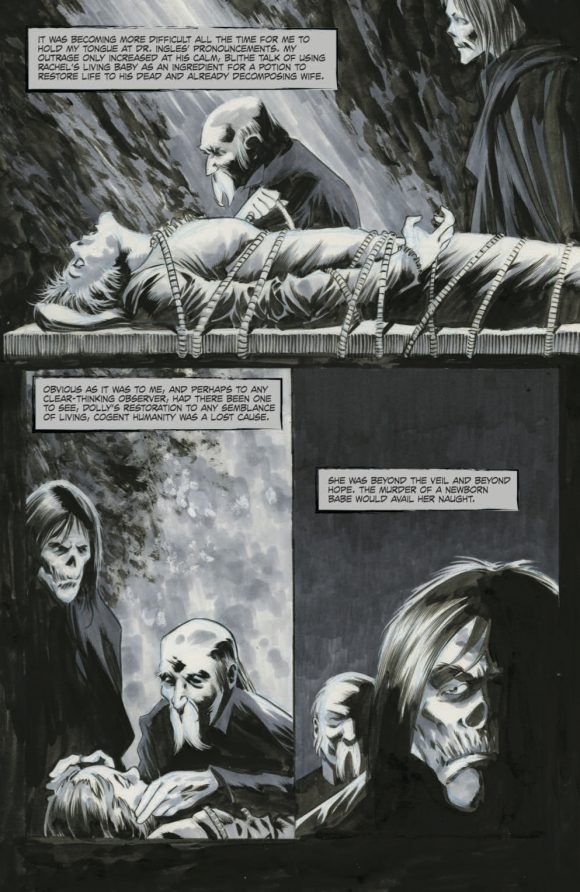 By the way, since it’s been about four years since the previous installment came out, IDW has put together Frankenstein Alive, Alive! Trio, collecting the first three issues, to get you up to speed. It’s available now. Click here for more info.

— A Farewell to BERNIE WRIGHTSON, Through Our Art, by KELLEY JONES. Click here.