A Farewell to BERNIE WRIGHTSON, Through Our Art, by KELLEY JONES

Home » COMICS HISTORY » A Farewell to BERNIE WRIGHTSON, Through Our Art, by KELLEY JONES

The great Bernie Wrightson’s final project was Frankenstein Alive, Alive! — a limited series from IDW written with collaborator Steve Niles that was a sequel to Wrightson’s 1983 Marvel masterpiece.

It was begun in 2012 but never completed due to Wrightson’s poor health. Before his death last year, however, Wrightson selected Kelley Jones to finish the art. That finale, Issue #4, is out March 7. (Click here for an EXCLUSIVE PREVIEW, including some of Wrightson’s last pages.)

Jones was not just a friend of Wrightson’s, he’s a fan of the highest magnitude, and he put together a wonderfully moving tribute that you can read below. He discusses their kinship and his bittersweet duty of trying to fill Wrightson’s enormous shoes. Kelley also shares some of his own artwork from the issue and you can see Wrightson’s influence in every stroke.

So the phone rang, and I was told, “Bernie wants you to finish it for him… finish Frankenstein.”

I knew what that meant… Bernie couldn’t because Bernie was retiring, I was told. Bernie was ill. No more Wrightson art. God…

My dream of working with the greatest artist comics has produced was hideously granted.

I reflexively said yes. Absolutely I will help out, I said.

I hung up the phone, and felt sick. You don’t just “help” on something Bernie Wrightson is drawing. You don’t because, well, he’s the greatest comics artist ever.

But I was lucky enough to call him friend, and friends you do help out. No matter what. 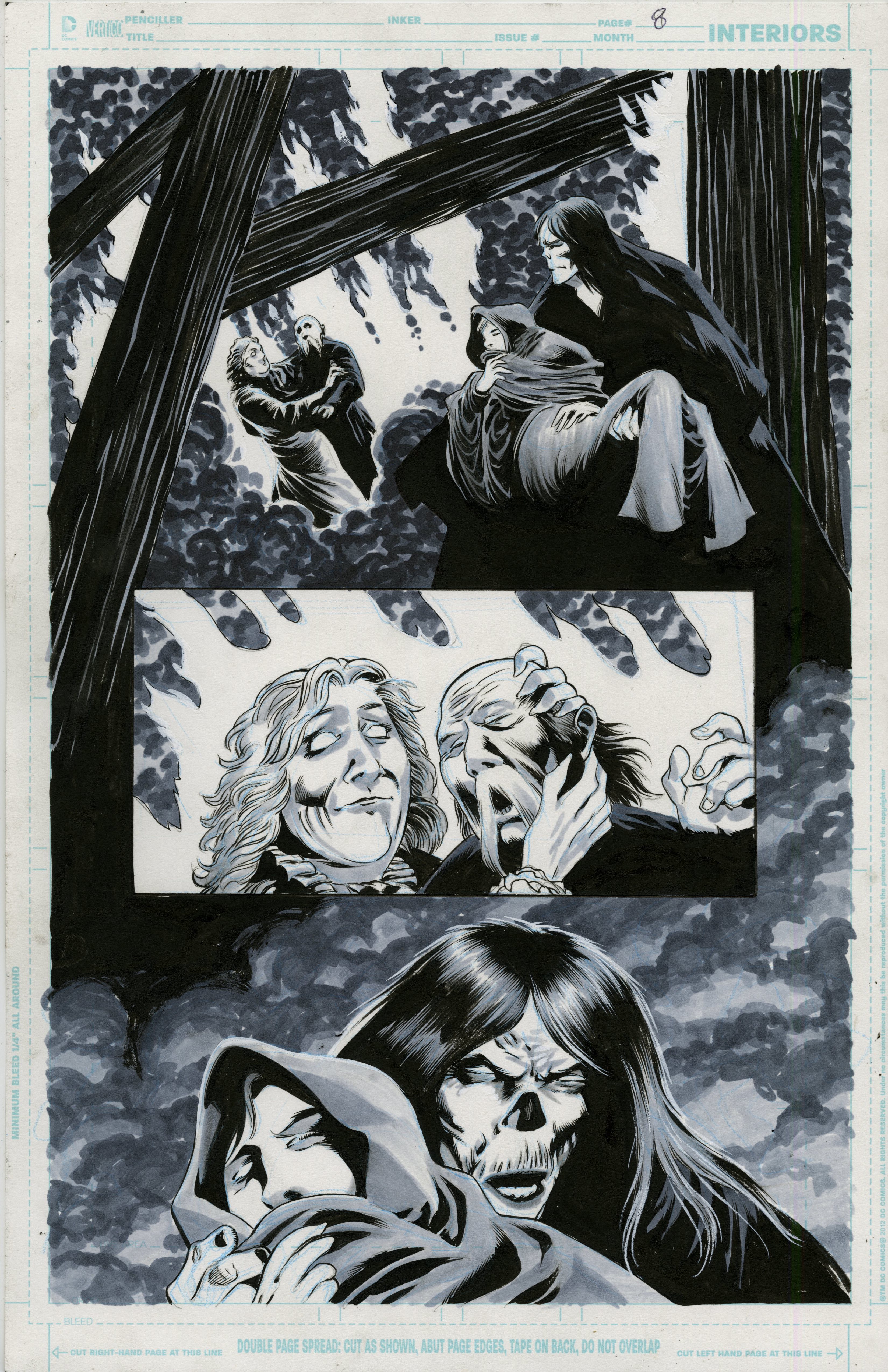 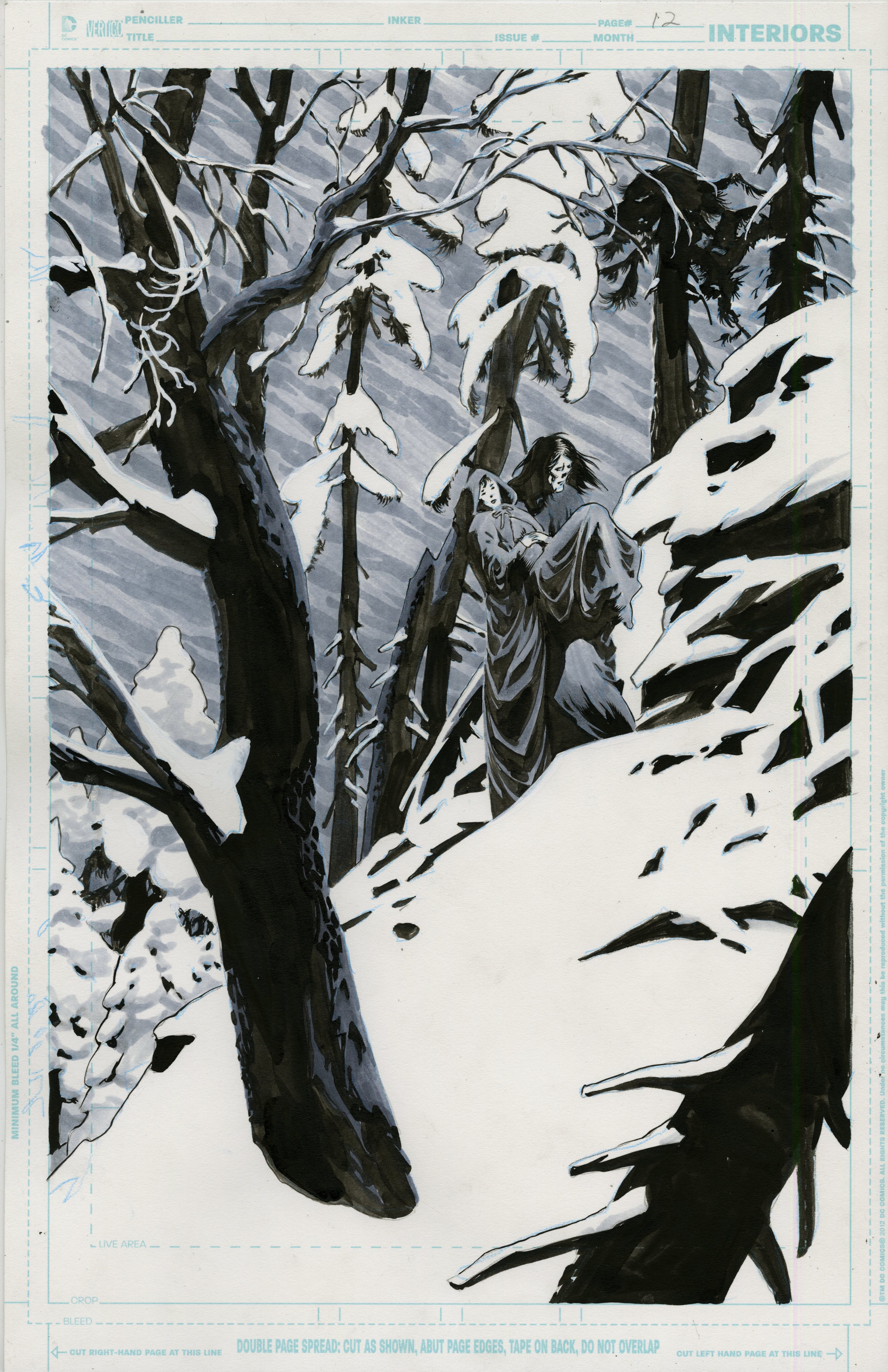 Bernie and I loved all the same things… same old horror movies, same artists, same monsters, but oddly we didn’t bond over that. We bonded over Julia Child.

Sitting next to him at a convention we got to talking. Bernie then started asking me what I like to draw to, what movies or music or such. I thought my answer would ruin our good vibe… but I told him the truth.

Bernie made a shocked face like one from the comics he drew: “Me too!” he gasped. “I love her!”

From there we proceeded to admit that horror movies scared us, we were squeamish and easily shocked, we both were extremely, and painfully, gullible… After a moment of silence we both laughed, pretty hard.

Then he said something to me so casually, without knowing how powerfully it would affect me: “You and I think alike. We are so much the same.”

I just nodded and hid what his offhand comment meant to me. It was one of the most wonderful times in my life. 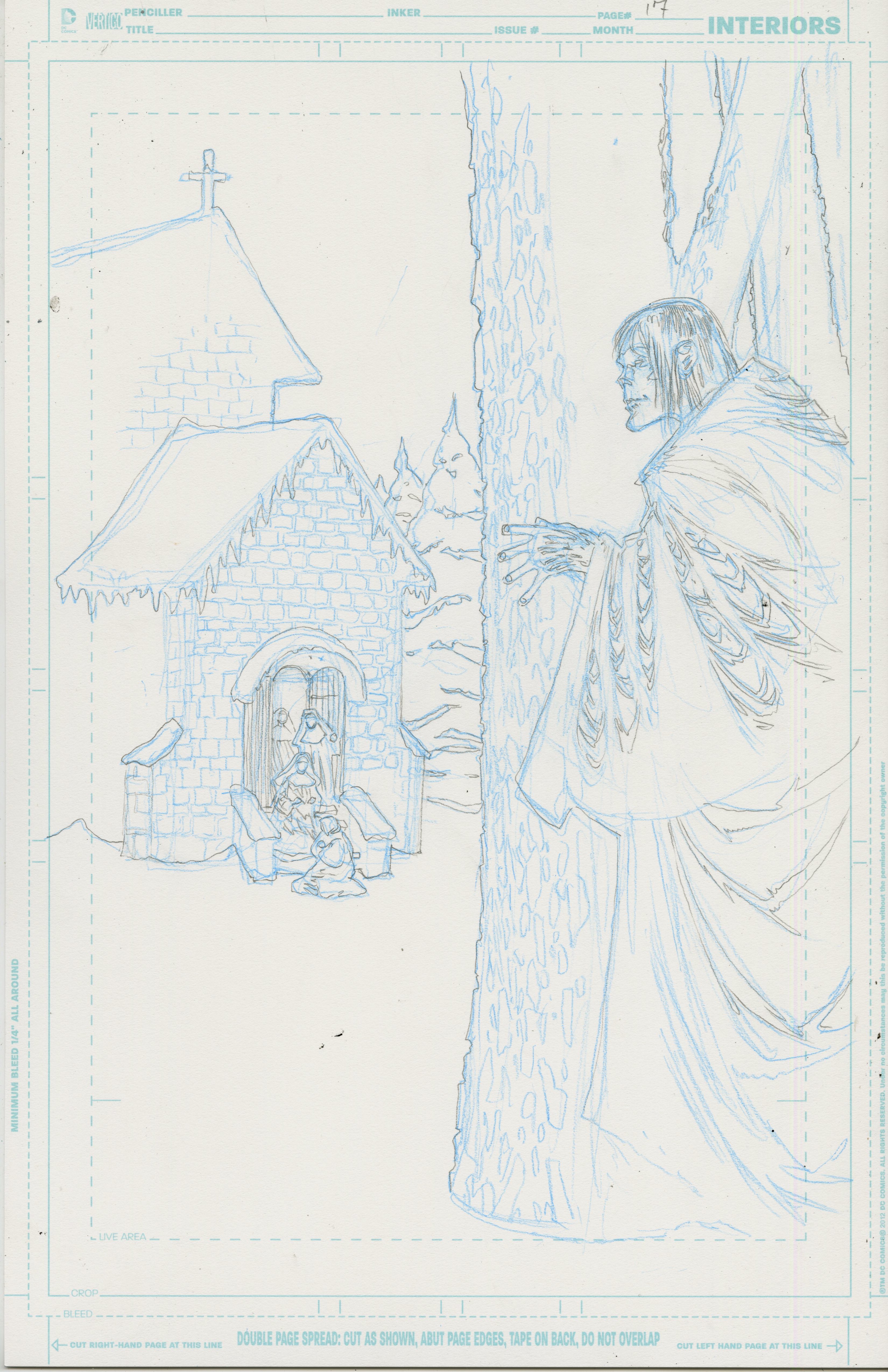 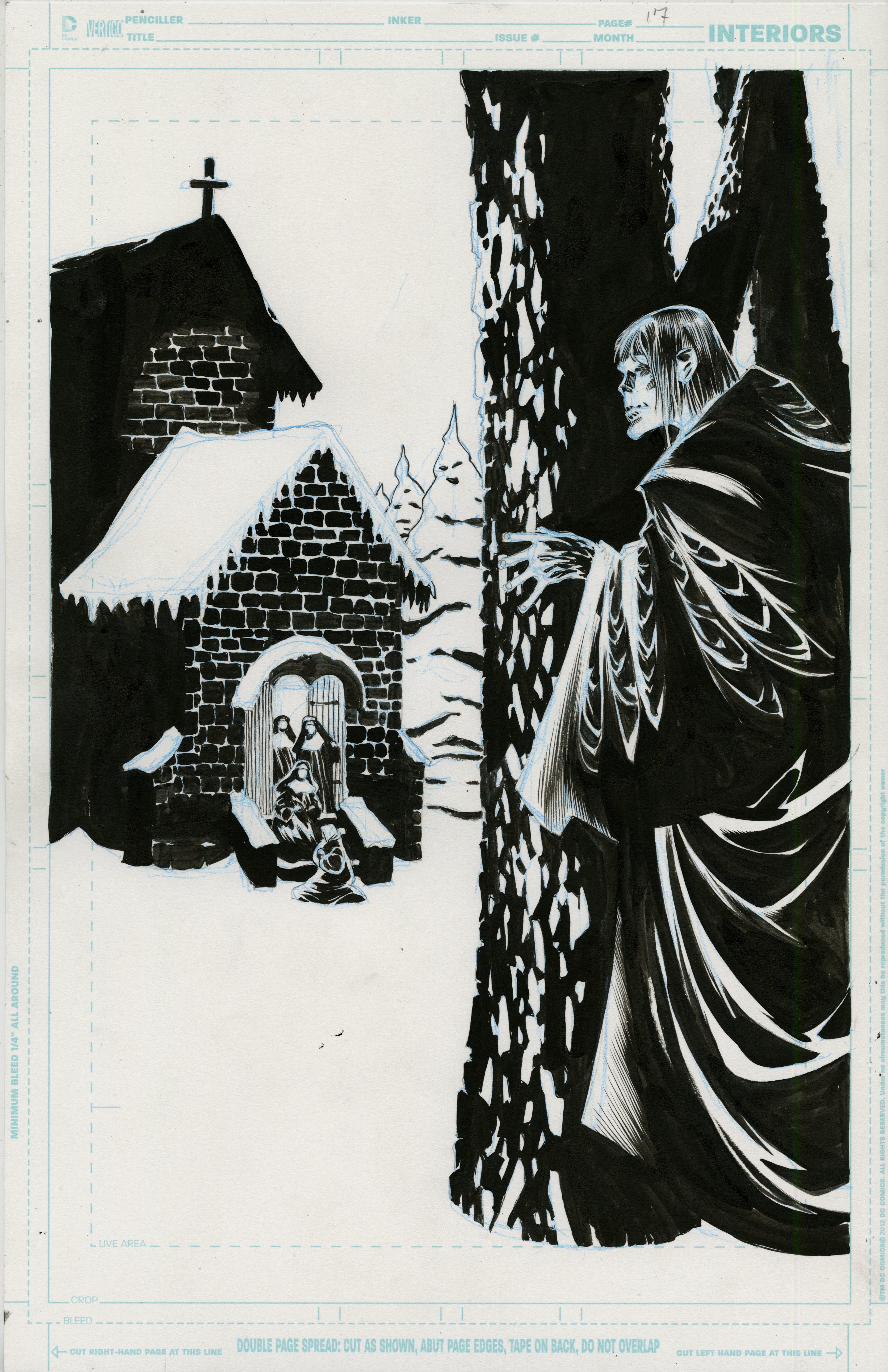 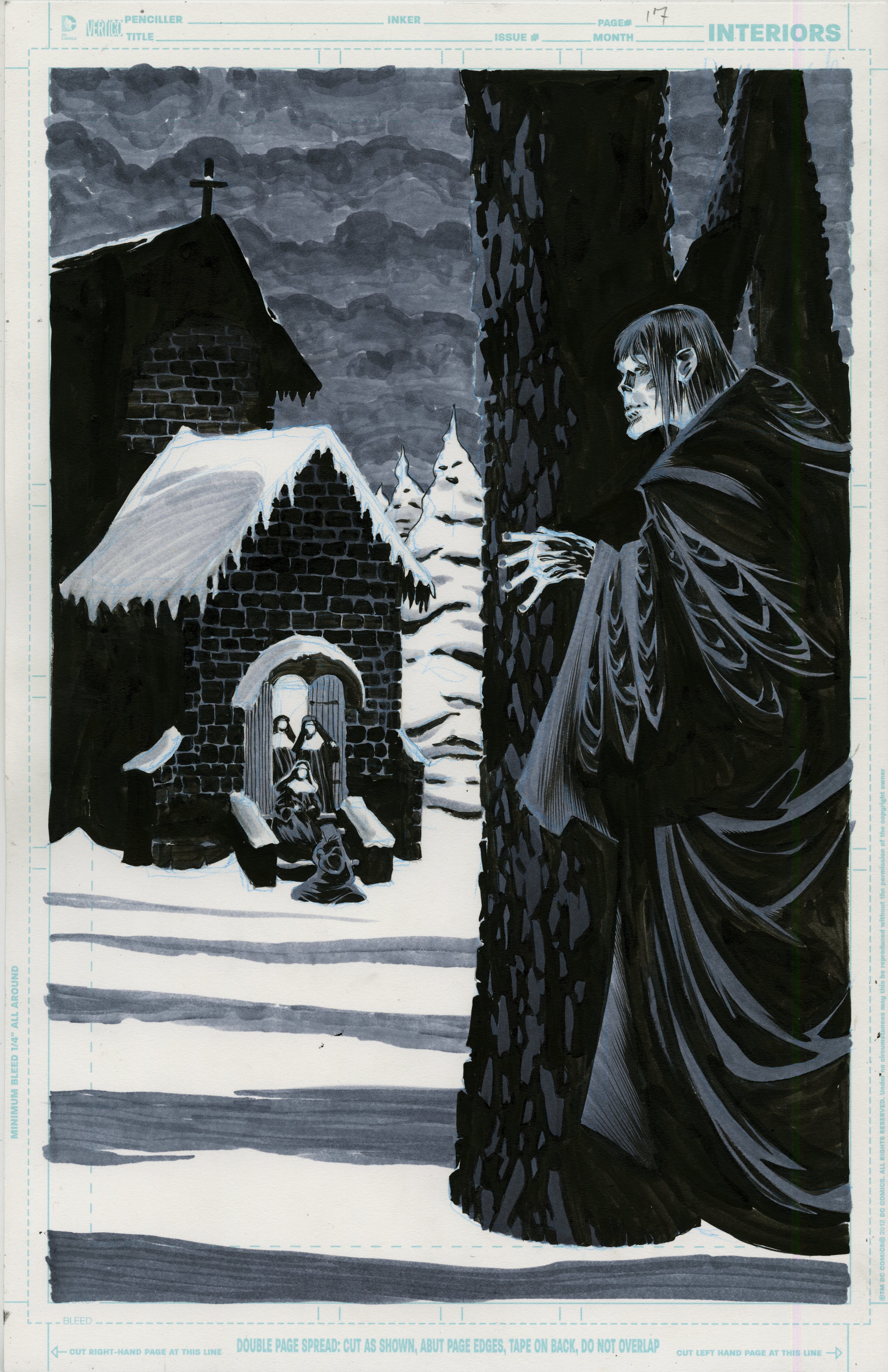 Not long after I was asked to help with Frankenstein, Bernie died. Steve Niles called me one night and told me. He was gone.

When I received all his art, sketches and notes for Frankenstein, I was immediately put in my place. We may think the same, but he’s Bernie Freaking Wrightson. The stuff was, well, genius. Perfect genius. His composition and his storytelling, pitch perfect.

There is only one Bernie Wrightson, and I held that proof in my hands. I marveled at his effortless genius. Even my wife stared at his work, looked at me, and said, “Whoa.”

For a couple days I couldn’t approach it. I found all kinds of busy work to occupy my day, things I said to myself had to be done before I could properly start, like getting supplies, cleaning my studio, watching infomercials…

But Julia Child then came to my mind, and I began to see it like deconstructing a recipe. Figure out how he did things, not my way but his. Did he push a line… or pull it when he was inking? Did he load the brush up or let it run almost dry? How much did he draw with a pencil and how much drawing with a brush? Did he set the piece up to be washed and toned before he started, or did he play that by ear? 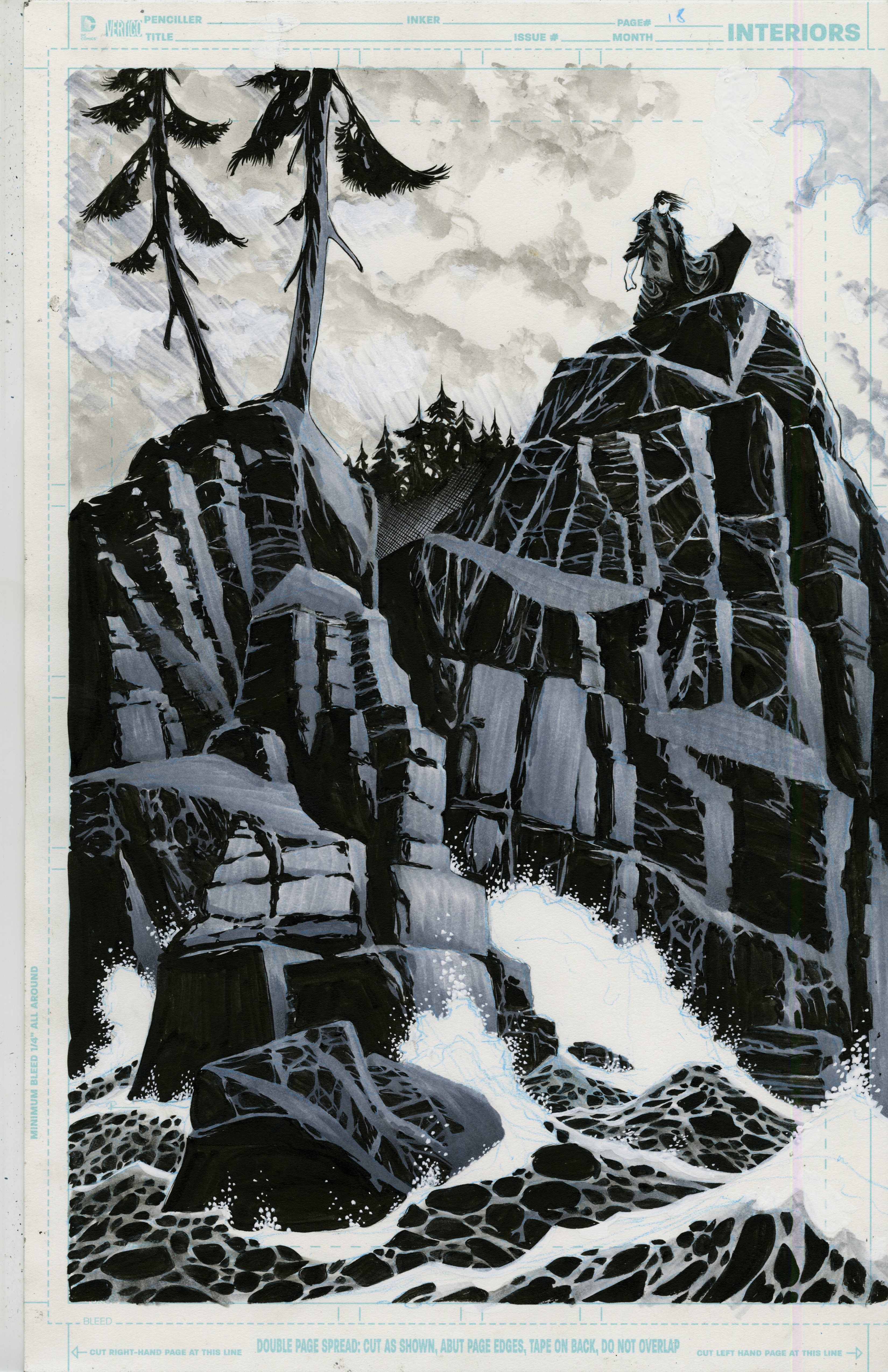 I went over the originals and began to see that Bernie made many choices and decisions as he went, yet he knew what he wanted from the start. He did a lot of planning, but would bring so many little decisions that were out of thin air that made the piece immediate and fresh. Line widths and broken-up blacks and textures that aren’t indicated in a sketch or finished drawing. He drew with total command so he could leave a lot open for intuition to play a part.

A pinch of this and a drop of that… taste to check the seasoning and stir… I just followed Bernie’s recipe, and let that guide me.

For those weeks I drew and inked and washed. And I had… fun. I was with Bernie in a very real way. I was having a ball. It was just me and Bernie with Julia on the TV!

When I finished the last stroke of the last page, I thought I’d be sad, but oddly, I wasn’t. I felt pretty good.

Bernie Wrightson’s last book will come out, and not in sadness or grief, but with excitement and joy, like every other book he ever did!

And please nobody thank me… thank Julia! 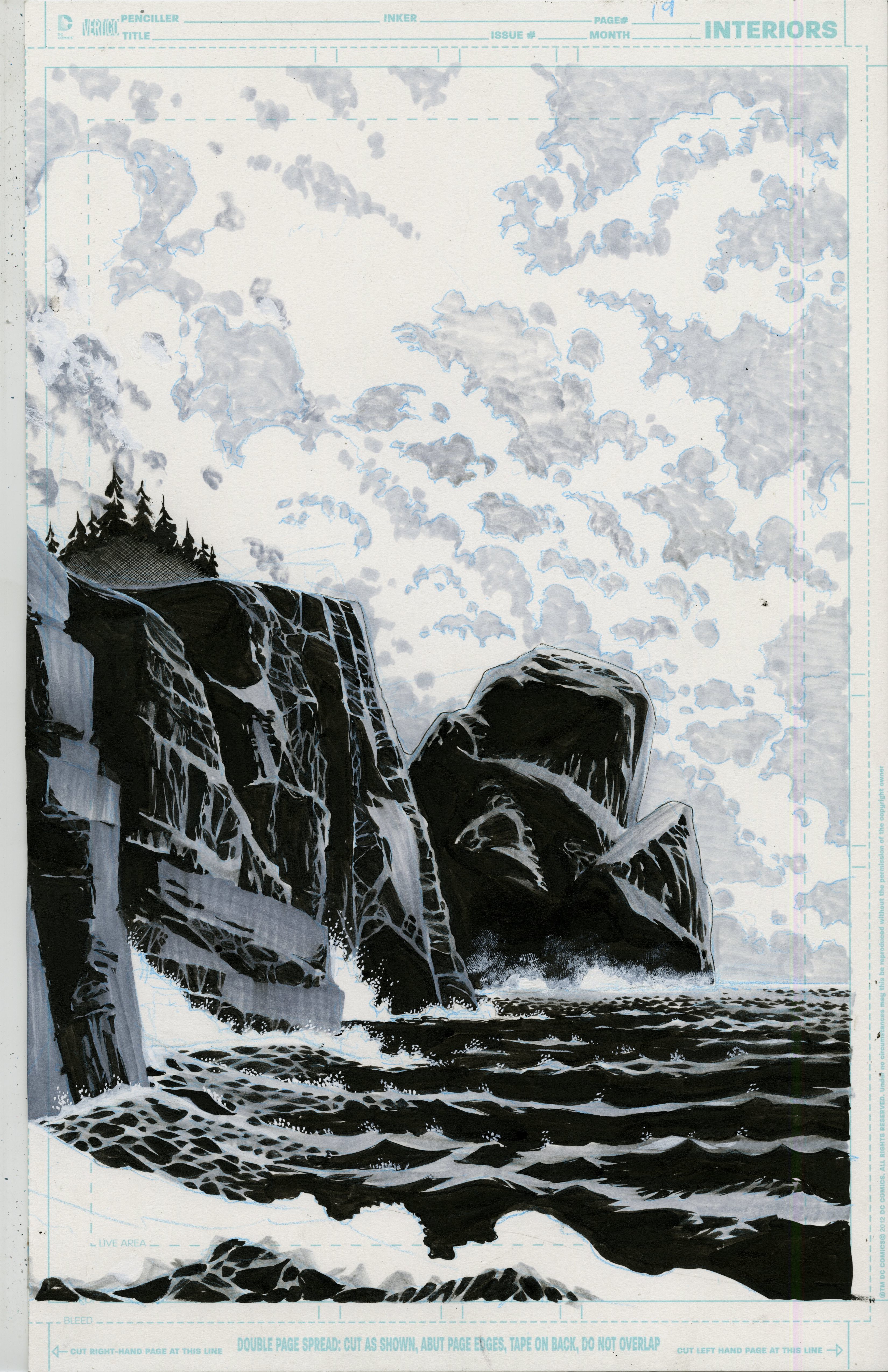