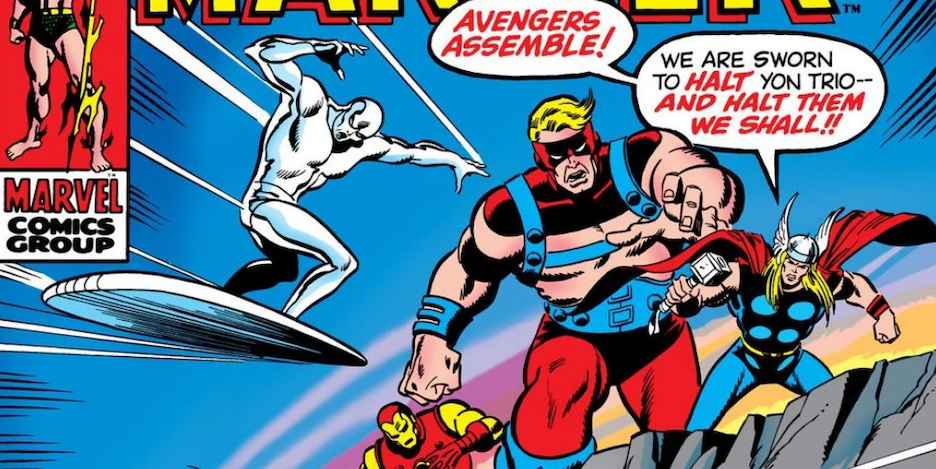 Dig the official solicitation info, which is due to be formally released by Marvel on Thursday: 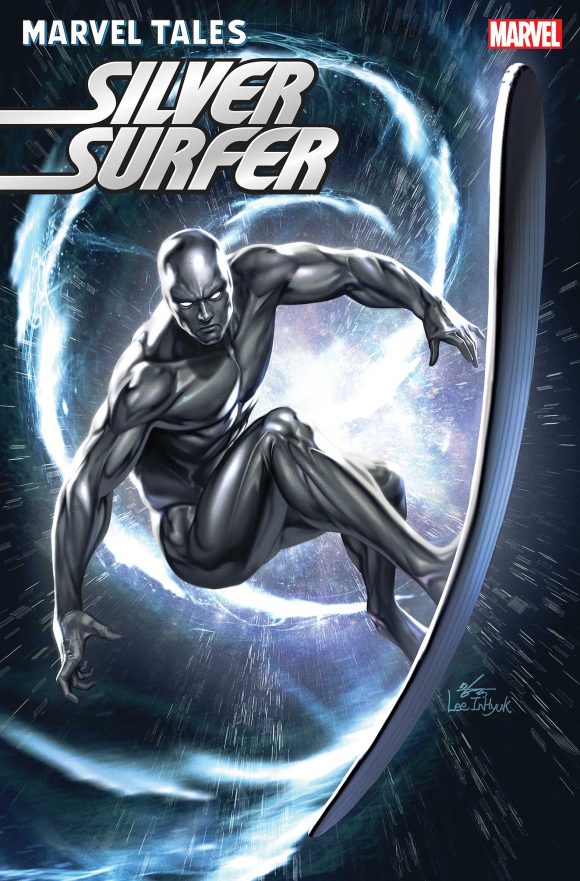 WRITTEN BY GERRY CONWAY & ROY THOMAS
PENCILED BY JOHN BUSCEMA & SAL BUSCEMA
COVER BY INHYUK LEE/VIRGIN VARIANT COVER BY INHYUK LEE
The Sentinel of the Spaceways rides the cosmic waves as we celebrate the legacy of the House of Ideas with the era-spanning MARVEL
TALES! This anthology series shines a spotlight on fan-favorite characters, features timeless stories and highlights some of our most impressive talent from the past eight decades. First, the Silver Surfer aids the mighty Thor in conflict with the deadly Durok in a heavyweight team-up from the legendary creative team of Gerry Conway and John Buscema — from THOR (1966) #193! Then, Roy Thomas and Sal Buscema pave the way for the creation of Marvel’s greatest non-team, the Defenders, when they assemble the “Titans Three” in SUB-MARINER (1968) #34-35! Can this trio of powerhouses — the Surfer, Namor and the Hulk — stop squabbling long enough to battle…the Avengers?!

— I’m not entirely clear why Marvel chose March for this collection but the Surfer is part of the Annihilation: Scourge event right now, so perhaps a new ongoing or mini is right around the corner.

— Marvel didn’t provide a price for this collection but they generally run $7.99.

— Hey, how about a mini cover gallery of the issues involved, courtesy of the Grand Comics Database! 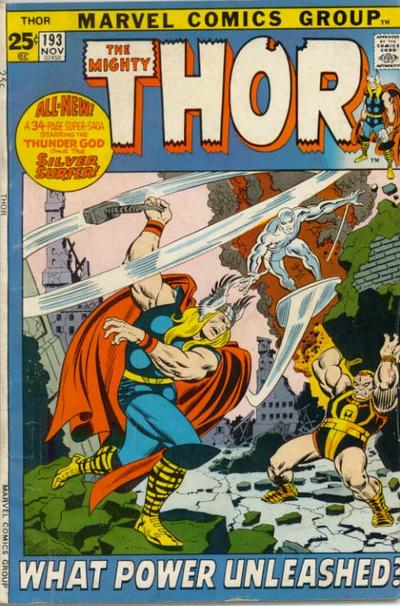 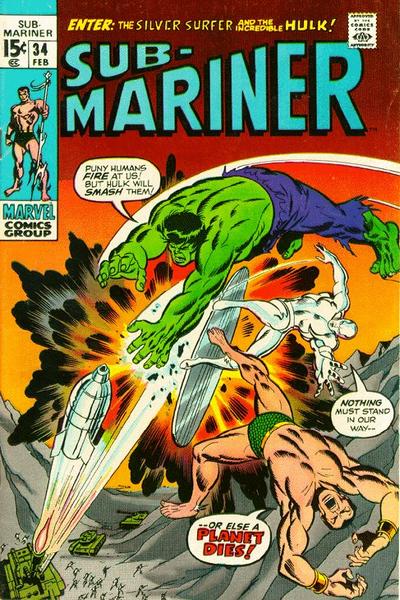 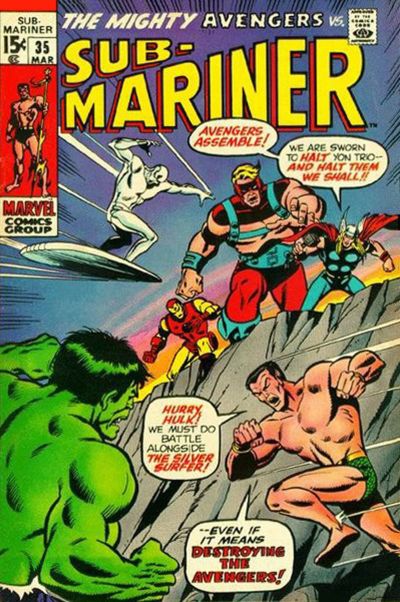