This is one of the best parts of the action-figure Kickstarter that features the offbeat greats of the Golden Age, plus Allred’s Madman and Captain Action!

Writer Christopher Irving has put together the handbook that goes along with the series of retro-styled action figures that Bill Murphy is crowdfunding. The project includes the Black Terror, Dare-Devil, Stardust the Super-Wizard, Champion of Mars, Silver Streak — plus the recently revived Green Turtle, as well as Madman and Captain Action.

You know you wanna know more, so check out our original story on the project, an in-depth look at Madman and, most importantly, Fresh Monkey Fiction‘s Kickstarter link.

In the meantime, check out this EXCLUSIVE handbook excerpt on the Green Turtle, who was brought back to the fore this year by Liew and Gene Luen Yang. 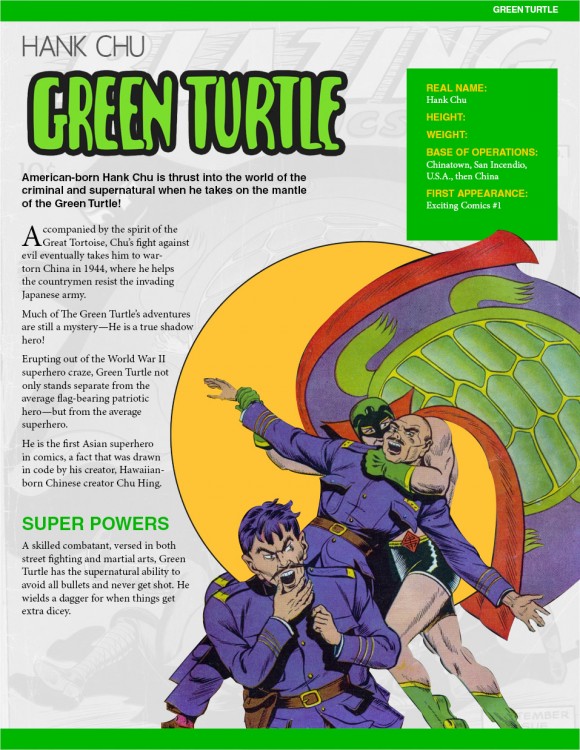 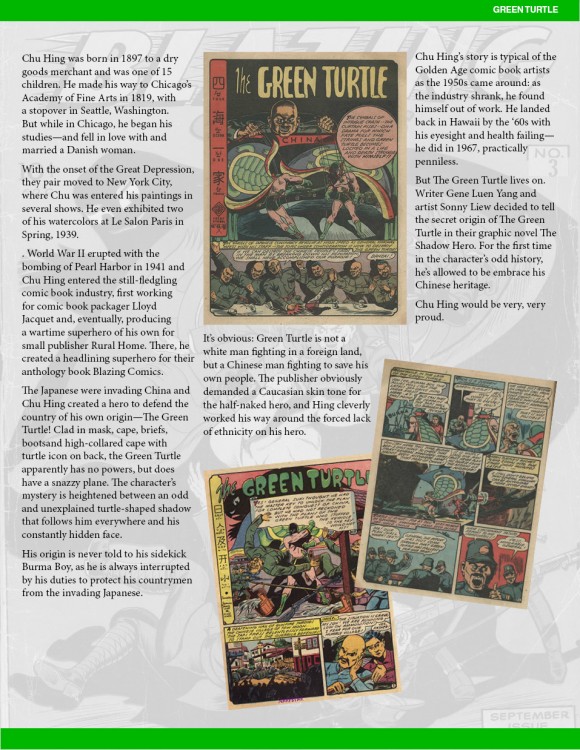 Here’s a look at some of the other pages of the Amazing Heroes Handbook, plus prototypes of the figures and packaging: 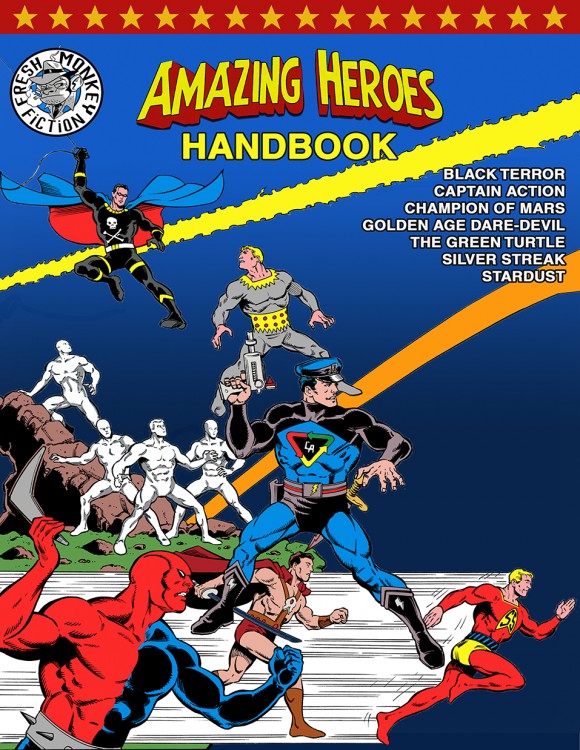 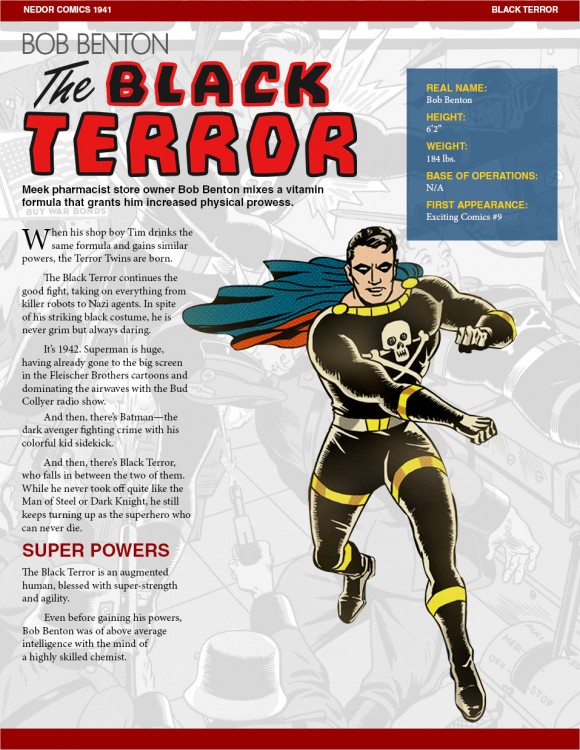 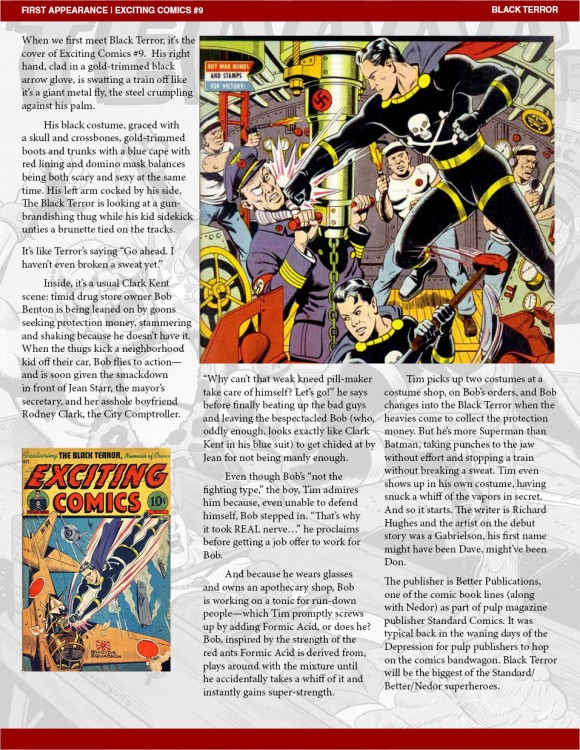 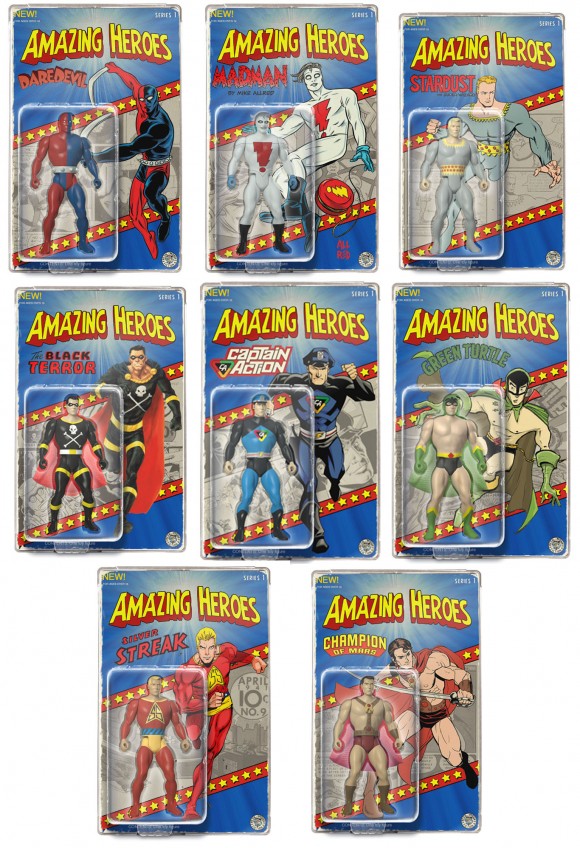