The guys behind the Amazing Heroes Kickstarter have enlisted Mike Allred for their line — and he’s itching to get started. 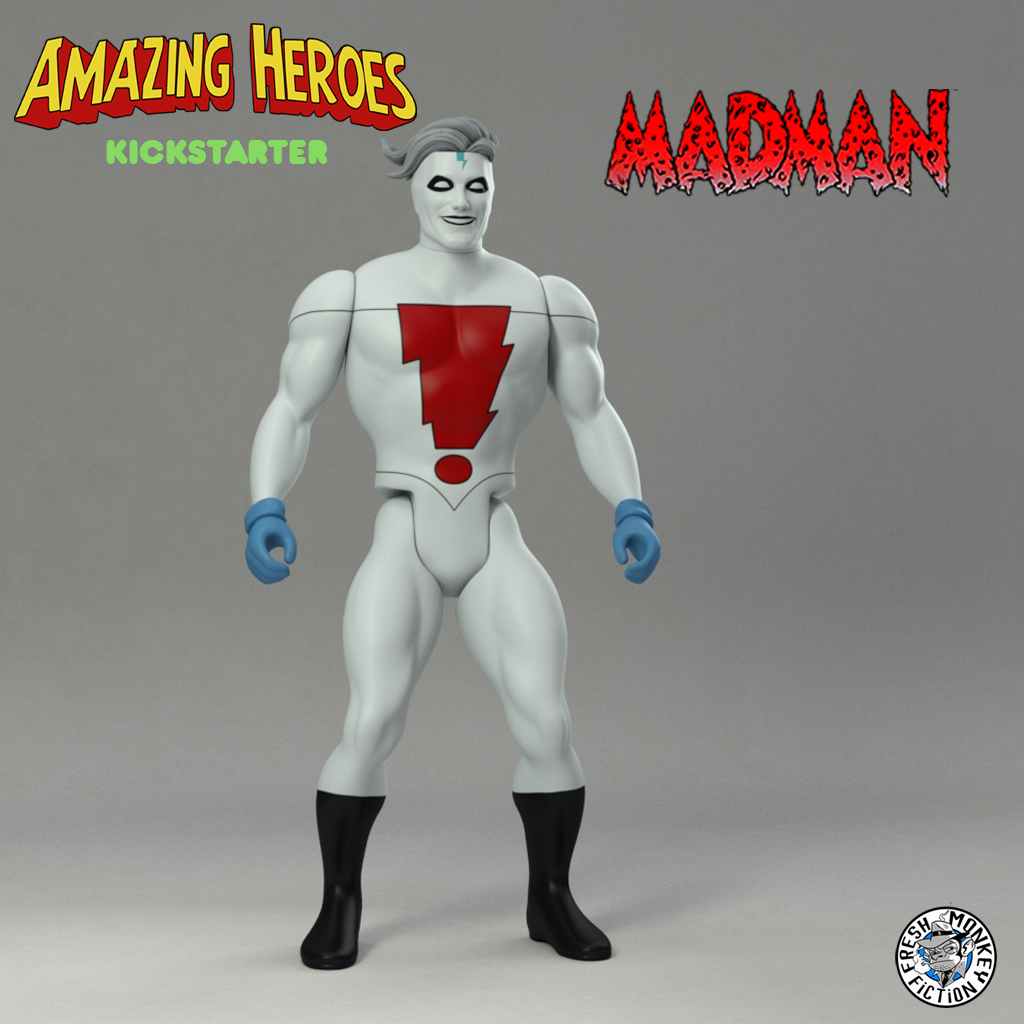 Big Mike Allred fans we are here at 13th Dimension. And we also dig this project that Bill Murphy‘s been getting off the ground through the modern magic of crowdfunding.

What is Amazing Heroes? It’s a line of mostly public domain figures done up in retro ’80s Marvel Secret Wars style, plus the likes of Captain Action and now, Allred‘s classic Madman.

For the whole shootin’ match, check out the Kickstarter pitch here and our previous coverage here. And check out more fancy pix, plus what Mike has to say about it, below: 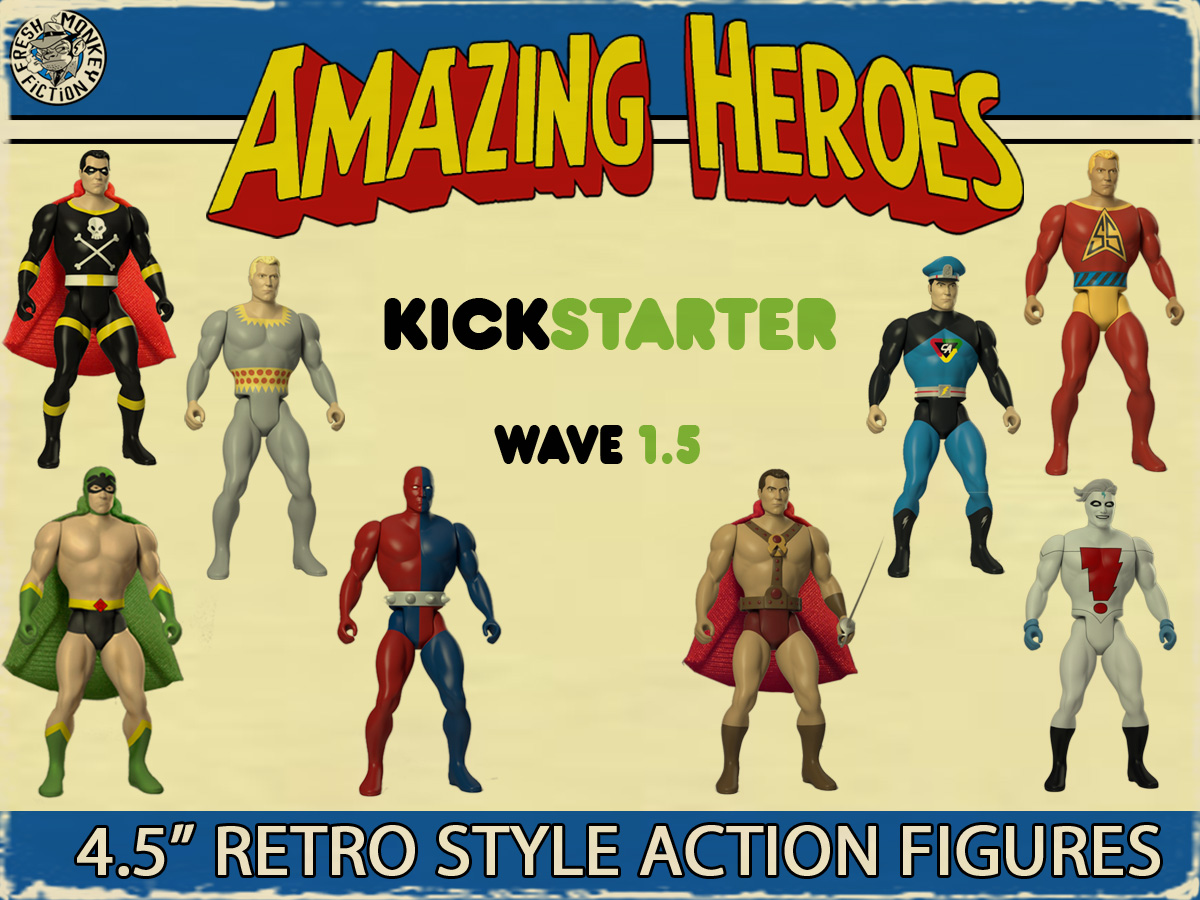 Allred will be doing the comic-strip/package art for Madman and, as he put it, “the super-cool Golden Age Daredevil.” 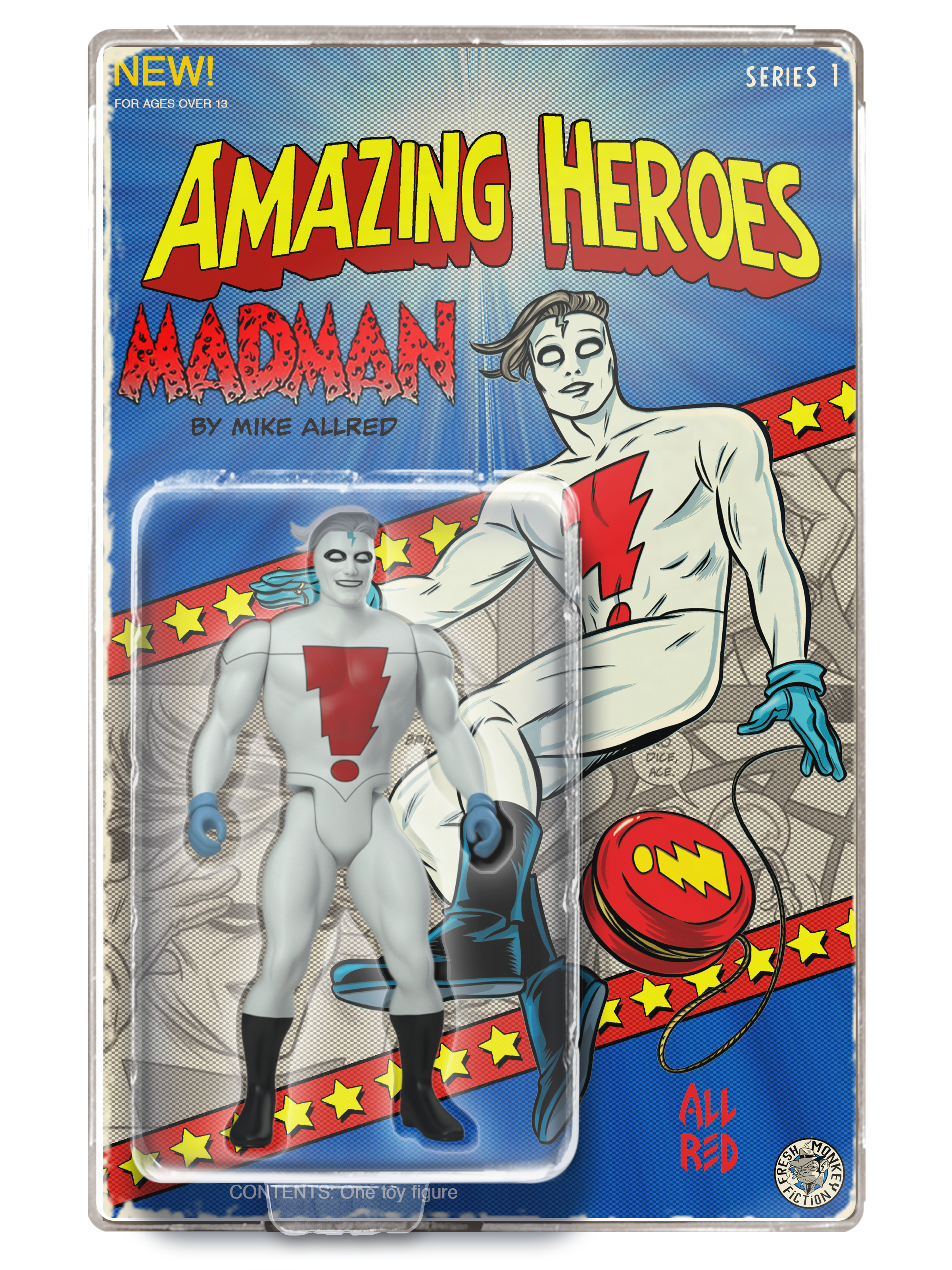 “A mutual friend, Christopher Irving, asked if I’d be interested,” he said. “Which I was instantly when I saw all the characters they were doing.”

There’ve been Madman figures before, so I asked him what makes this one extra cool.

“It’s the Secret Wars scale. My Madman will be able to play with my Secret Wars Iron Man and all the other cool figures in both lines.”