AMAZING HEROES Wants to Bring Some Golden Age to You

This is the coolest Kickstarter I’ve seen in a long time. Plus! EXCLUSIVE packaging art by Tom Fowler and concept art by Zak Plucinski — and a look at characters that just missed making Wave 1!

Lo those many years ago, when I was Li’l Dan, I picked up Steranko’s History of Comics, that tabloid-sized exploration of comicdom’s past. For awhile, I only had the first volume but I used to pore over that front-and-back cover, so exotically drawn and with so many excotic characters. I had no idea who most of them were but eventually I learned. There was the Black Terror. Daredevil, who looked nothing like Daredevil. A really sexy woman who liked like Catwoman but wasn’t. So many others.

Because of that, I always had a soft spot for the lost heroes of yesteryear. So when someone slid me the info about a Kickstarter that was aiming to produce a 4.5-inch-scale action-figure line based on these guys, I jolted to attention. And they were adding the newly popular/previously exceptionally obscure Green Turtle to the mix. A few keystrokes later, and I was in touch with Bill Murphy of Fresh Monkey Fiction, one of the main guys behind the whole thing.

I also asked the always affable Gene Luen Yang, who along with illustrator Sonny Liew, is responsible for bringing the Green Turtle into the public consciousness with the book The Shadow Hero, what he thought.

“I’m super-excited that Bill Murphy decided to include the Green Turtle in the Amazing Heroes campaign!” he wrote me. “I know he had to scramble to do it.” (For my interview with Yang, click here.)

Anyway, Bill explained all in this MIGHTY Q&A. But first, here’s the EXCLUSIVE reveal of the colored and lettered comic strip by Tom Fowler that will adorn the back of the packaging. And further below, you’ll find Zak Plucinski‘s concept art! 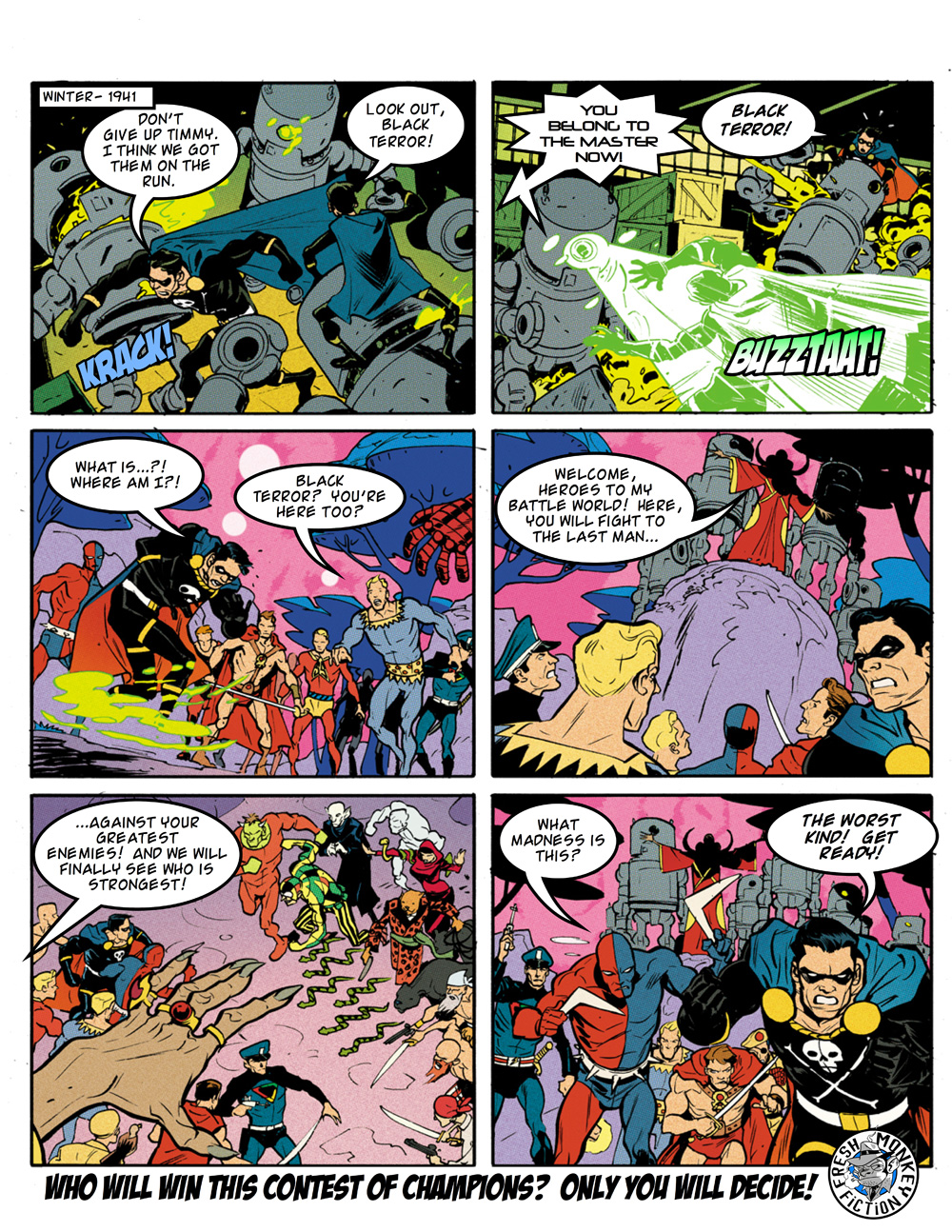 Dan Greenfield: What’s the Secret Origin on this whole project?

Bill Murphy: Well, I always loved these characters. My cousin owned a comic shop when I was a kid and he gave me a bunch of the old Nedor books. A few years ago I was looking to make a superhero action figure line with an animated feel. I was looking for some cool characters that I didn’t have to license so naturally I gravitated to these public-domain characters. The toys went through a few iterations over the last few years, but about a year ago my buddy Craig Owen at Zica Toys was doing his ’70s retro Six Million Dollar Man toys and it got me thinking about going the retro route on these guys. I grew up in the ’80s and loved the Marvel superhero toys of that time, so I based the toys around that style of figure.

Whose idea was it to add the Green Turtle to the line?

A few months before we launched the Kickstarter, Gene Luen Yang hit me up and clued me in to his awesome comic The Shadow Hero, which is based on the public-domain hero the Green Turtle. Shockingly, I had never heard of the Green Turtle, but I was so impressed with The Shadow Hero that I wanted to get him into the line as soon as I could. Thanks to the support of Gene and First Second Books we were able to sneak him into the Kickstarter.

How did you pick these heroes specifically? I assume if this is successful, other waves will follow?

There were a few characters that were MUST HAVES for the line, like Black Terror and Stardust. We also knew we needed a bit more visibility to the line so we approached Captain Action Enterprises. I really fell in love with Captain Action when they re-launched the line a few years ago and I thought the Captain would make a great addition to the line-up.

We have plans for future waves for sure. In fact, we have Wave 2 and 3 already planned out. We’d also like to go after some other licenses. … I’m looking at you, Flash Gordon and The Phantom. That would be a dream come true for us. 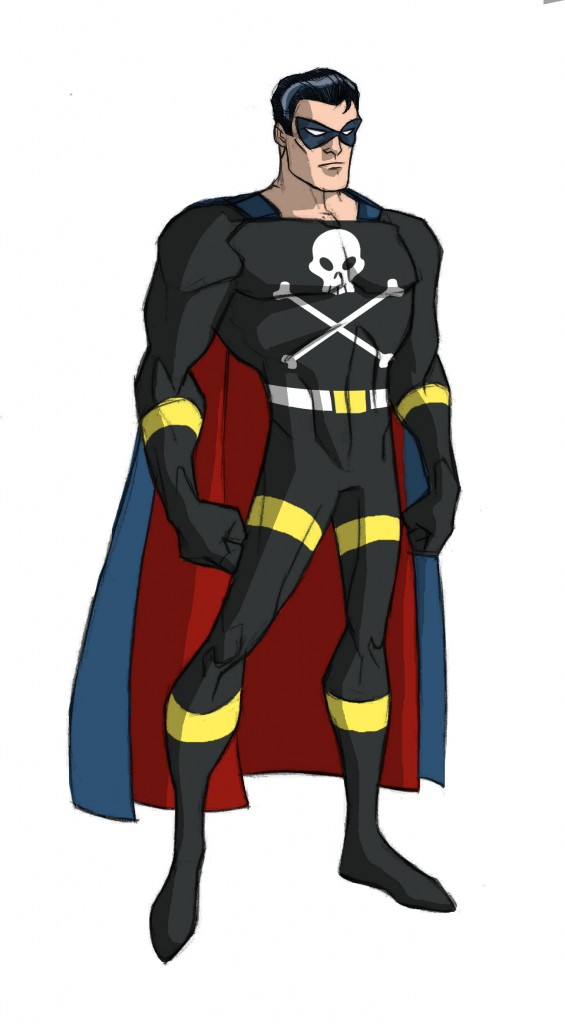 Explain the design process. What artists and sculptors are involved?

We design, sculpt, texture, and light the figures in 3D modeling software. My main sculptor Tom Bradley and I come from a visual-effects background, we’ve worked on movies like X-Men, The Incredible Hulk, Ocean’s Eleven and Life of Pi. We were just more comfortable working in a digital format. We sculpt and do the look development digitally and then make 3D prints to check for scale. As toy manufacturing is expensive, we knew we needed to keep costs low for the consumer, so we tried to build the character selection around one basic “buck” body with different heads and accessories. If the Kickstarter funds, we’d love to grow the line and do some females character as well. 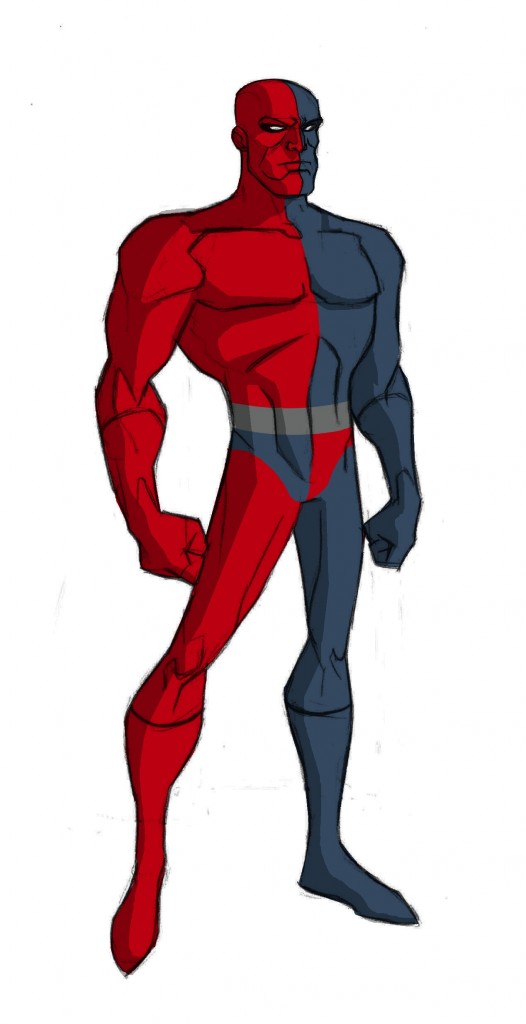 What about you? Tell us about your own collection. Any favorites?

I’m a huge comic book fan, so most of my toy collection is superhero figures. As a kid, I gravitated more toward Marvel, but I got into DC in college, thanks to James Robinson’s Starman run. I still have a Starman poster in my office today. My favorite superhero team of all time is the Invaders. I have the complete run of the Marvel books and any time a toy comes out that’s Invaders-specific, I have to pick it up. I never thought I’d have a Union Jack figure, much less in two different scales. Now if I could only get a Baron Blood figure. … Come on Hasbro, do your thing. 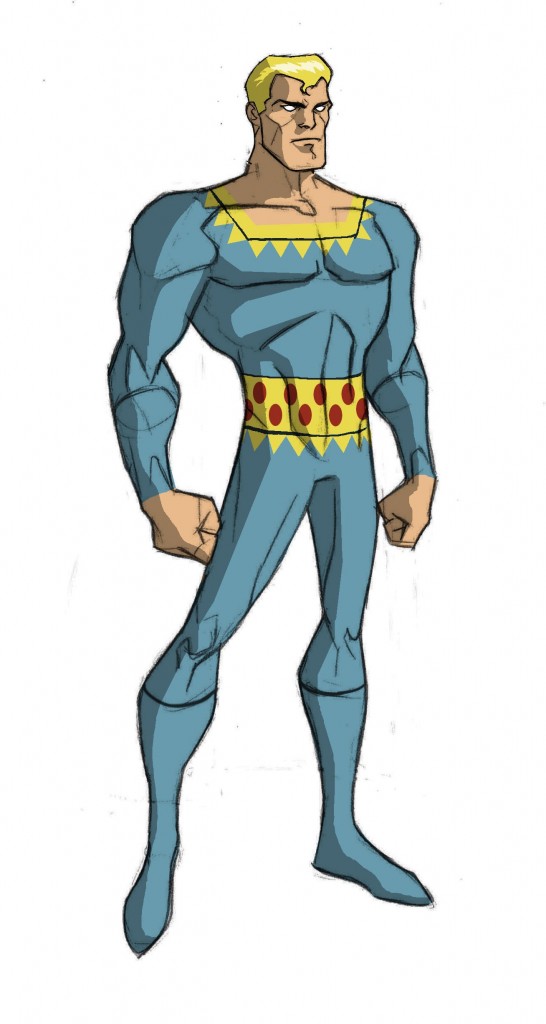 And, now, as promised, some figures, that characters that didn’t make the first cut: Golden Age Blue Beetle, Green Lama and Man of War: 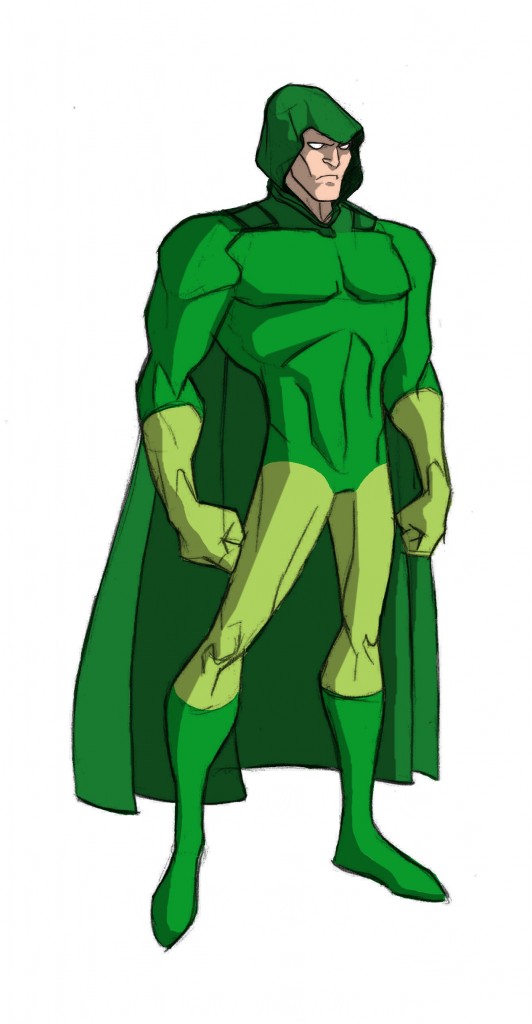