If we had a 13th Dimension Hall of Fame (hmmm), Julie Newmar would be a first-year inductee. So any item that bears her striking likeness gets our attention.

First exhibited at Toy Fair, Diamond Select has provided us with the first official look at their Batman ’66 Catwoman resin bust. She’ll be officially solicited later this month, but take a gander and check out the official Cat-blurb below: 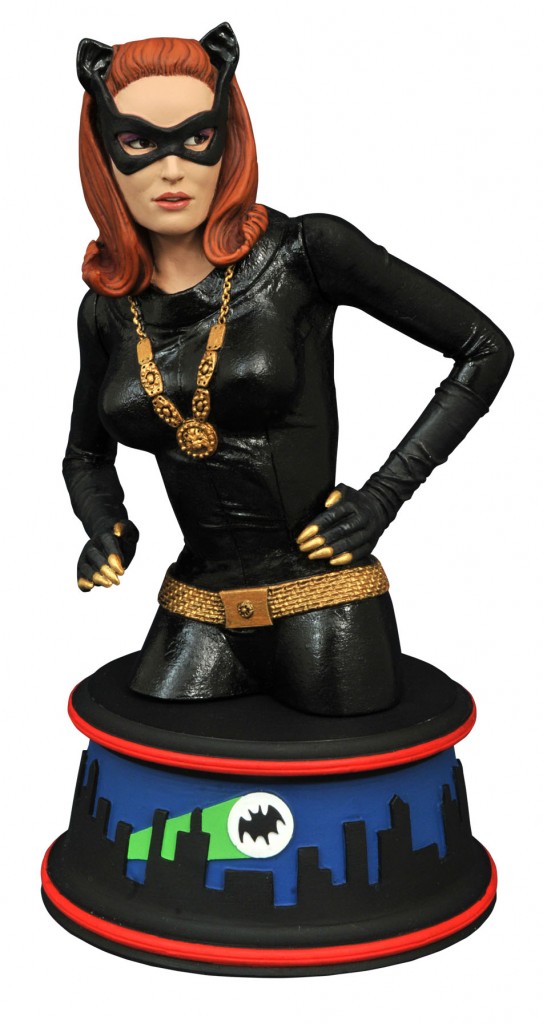 A Diamond Select Toys release! Batman‘s rogues gallery continues to grow as Catwoman joins the Riddler and the Joker in DST‘s line of busts, based on the Classic Batman TV Series! This 6-inch-tall resin bust depicts Julie Newmar as Catwoman, perched atop a colorful base inspired by the show’s animated opening credits. Even with her mask on, Catwoman‘s hypnotizing beauty will have Batman baffled! Packaged in a full-color box with a certificate of authenticity. Limited to 3,000 pieces. Designed by Barry Bradfield! Sculpted by Jean St. Jean!
SRP: $59.99