It was a star-studded night at Society of Illustrators on Thursday, March 6. The opening of Drew Friedman’s Old Jewish Comedians saw more than the talented illustrators and cartoonists and their fans who usually show up. Check out who was there… 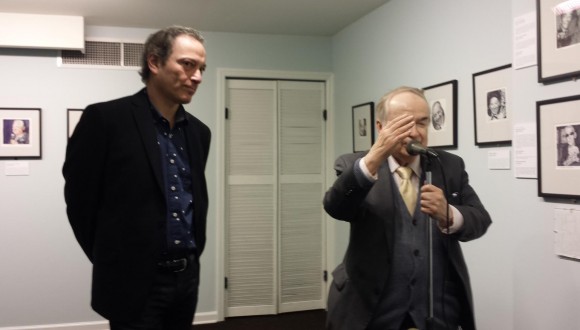 The show was curated by Monte Beauchamp, and featured two floors of Friedman’s illustrations. While we don’t usually gush about celebs here on 13D, there’s something special about meeting people like Joe Franklin, Robert Klein, Gilbert Gottfried, Paul Schaffer, and Abe Vigoda in such an intimate setting. It was a veritable petting zoo of old performers. 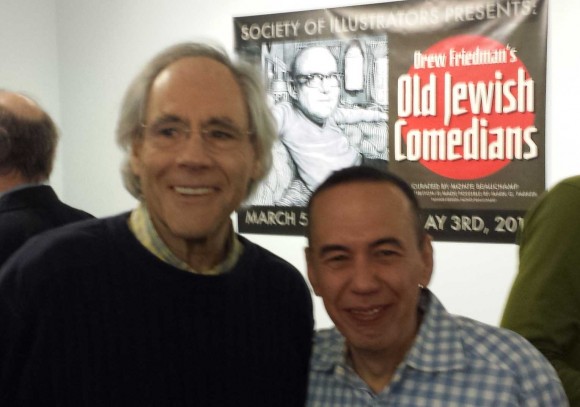 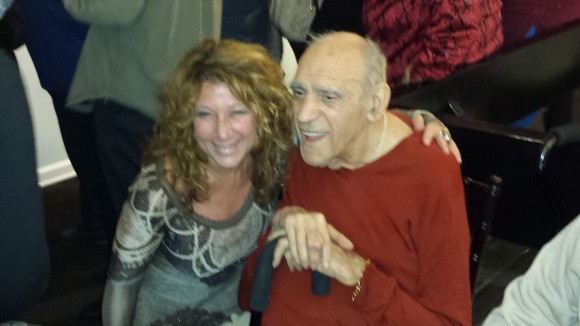 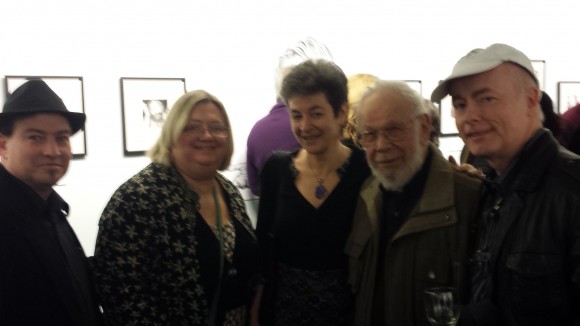 Tom Chesek and I ventured into Manhattan early to follow-up on his story on Drew Friedman.  We walked into a party that had started well before the 7 pm advertised opening time. There we ran into MAD fold-in master Al Jaffee, Columbia University’s Karen Green, author and agent J. David Spurlock, Ellen Abramowitz, Jim Salicrup, and Handsome Dick Manitoba of the 70s pre-punk band The Dictators. Later we went upstairs and shared a table and dished with fellow comics reporter Heidi MacDonald of www.comicsbeat.com, where we were surrounded by the art of the incredible Jeffery Catherine Jones.