A birthday salute to the fan-favorite…

Da Ordster, who was born Nov. 28, 1957, has been one of the most popular artists in comics for nearly 40 years and for someone of his considerable pedigree, we’d usually roll out a 13 COVERS birthday salute.

But this year, we’re doing something a bit different — an INSIDE LOOK at his original art from Batman: The 1989 Movie Adaptation, which was just re-released as a special hardcover deluxe edition. (We told you it was coming back in June, you may recall. Click here.) 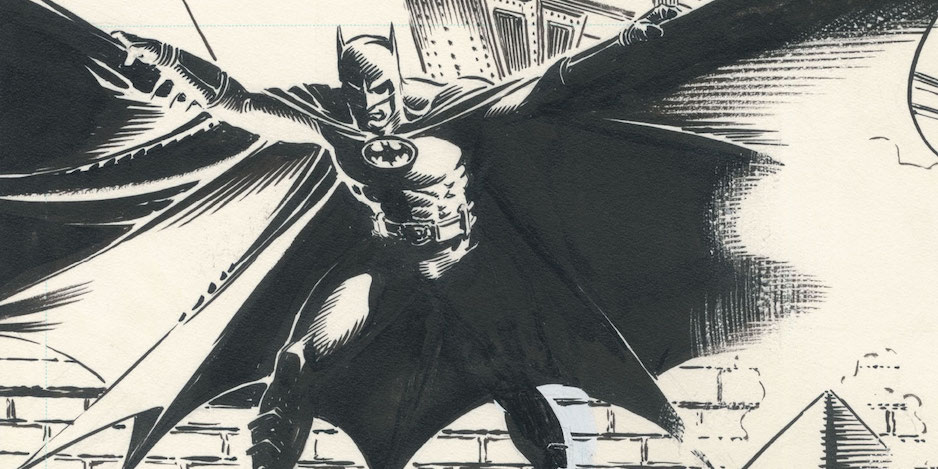 Anyway, the chief selling point for this edition isn’t just that it’s the first time we’ve gotten Denny O’Neil and Ordway’s take on the Tim Burton/Michael Keaton film in hardcover. It’s that it includes Ordway’s original art for the project. (Shown in unorthodox fashion, with each raw page displayed across its finished product.)

Well, guess what: We’ve got a bunch of those original pages to show off to you — along with their color versions (which I’ve posted mostly as smaller images to really show you how much the original art pops.)

The scene? Batman’s classic opening sequence, which showed 1989 viewers right away that this was unlike any Dark Knight they’d ever seen on screen.

So raise a turkey leg and say Happy Thanksgiving — and Happy Birthday — to Jerry Ordway. 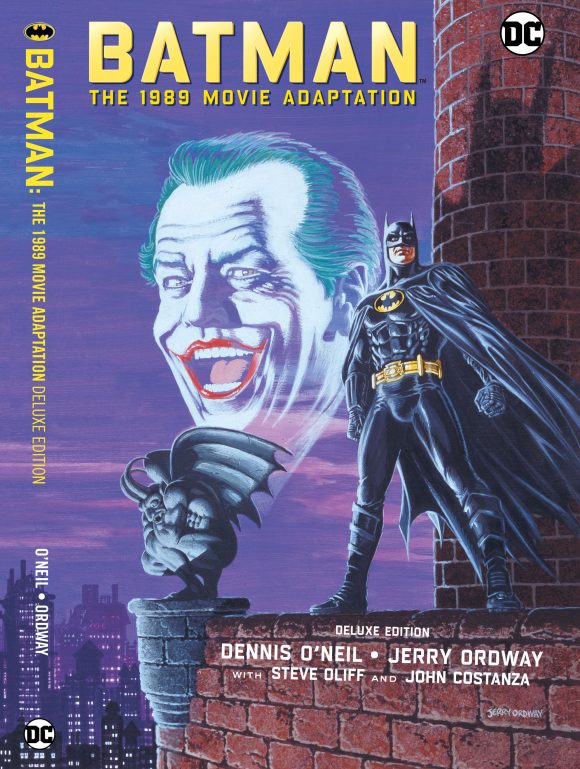 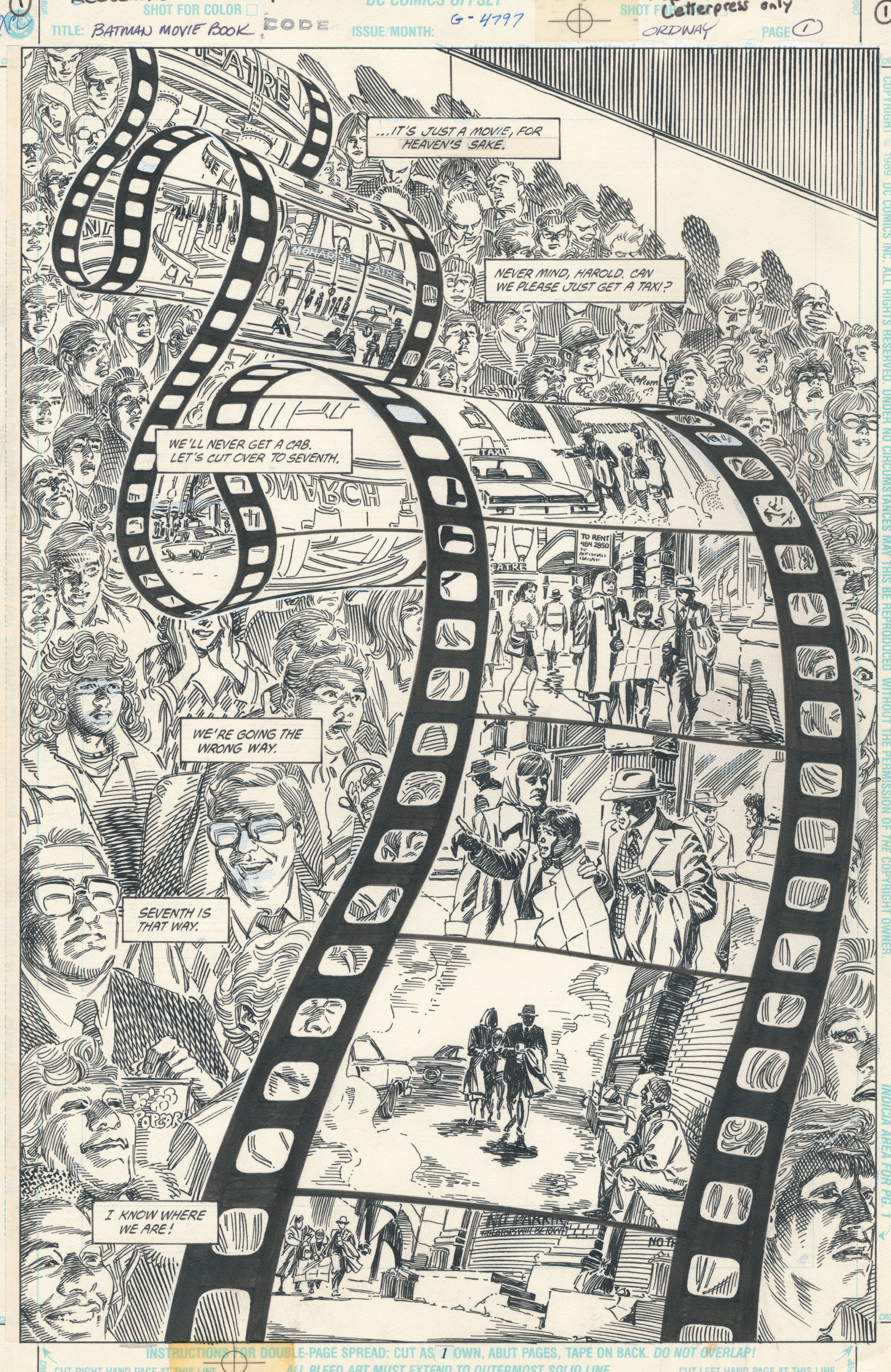 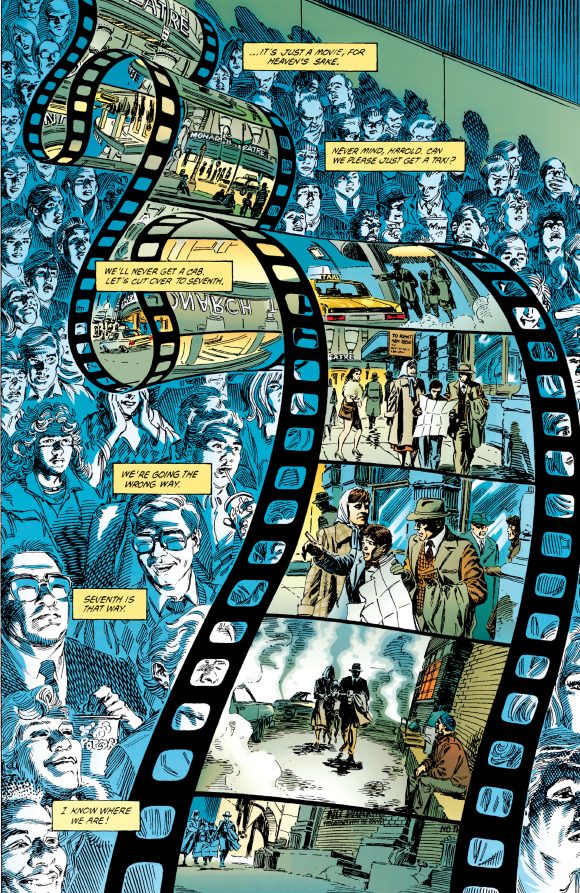 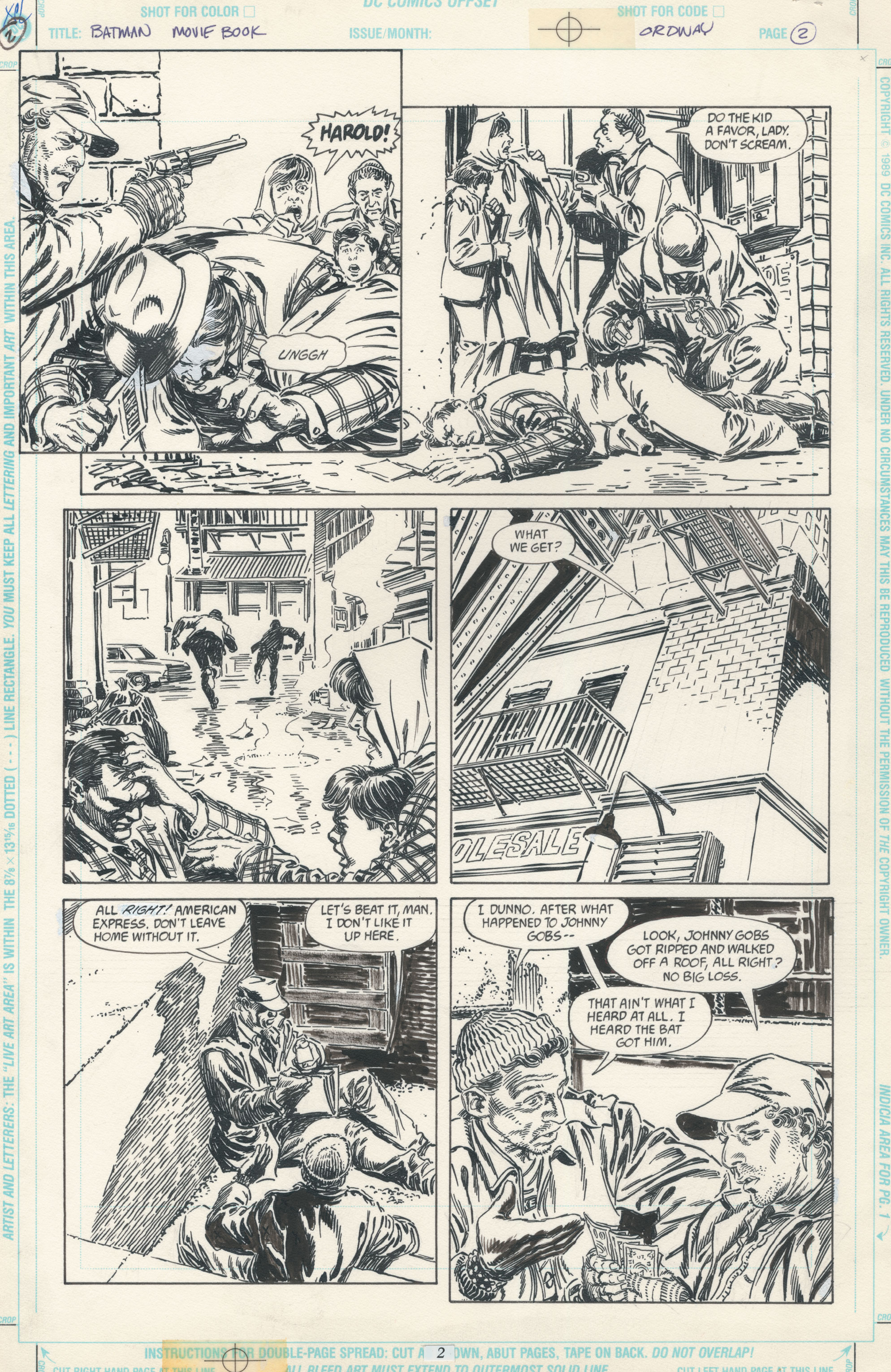 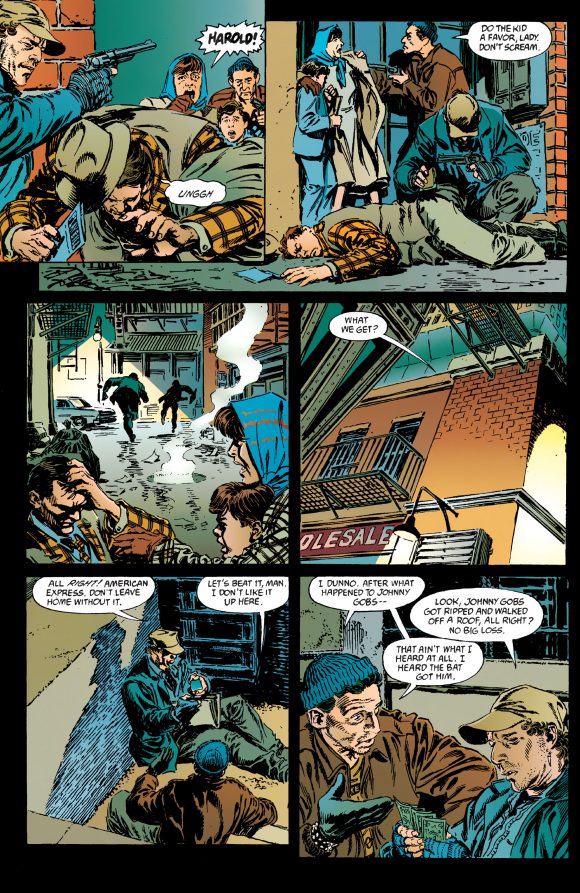 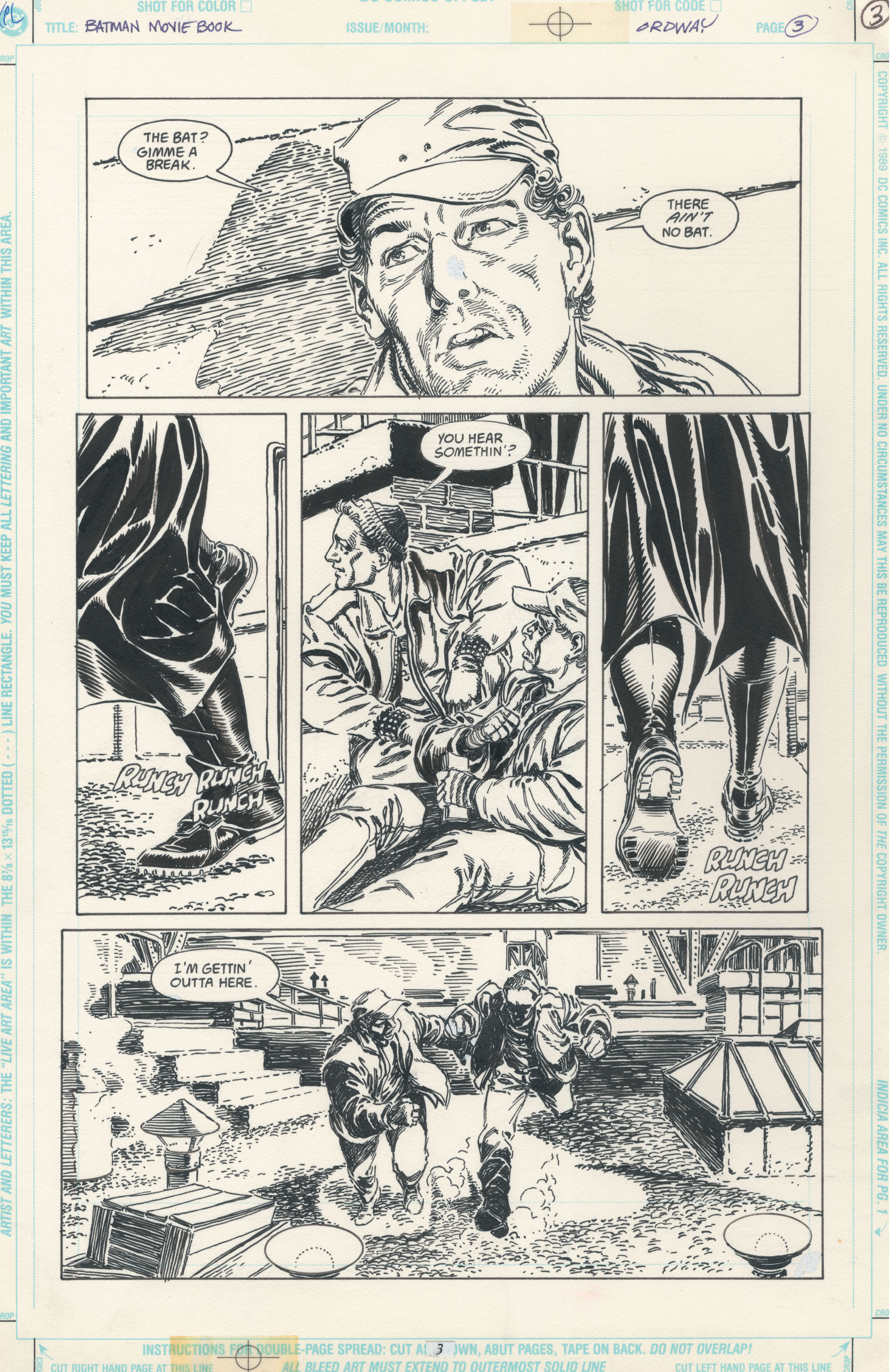 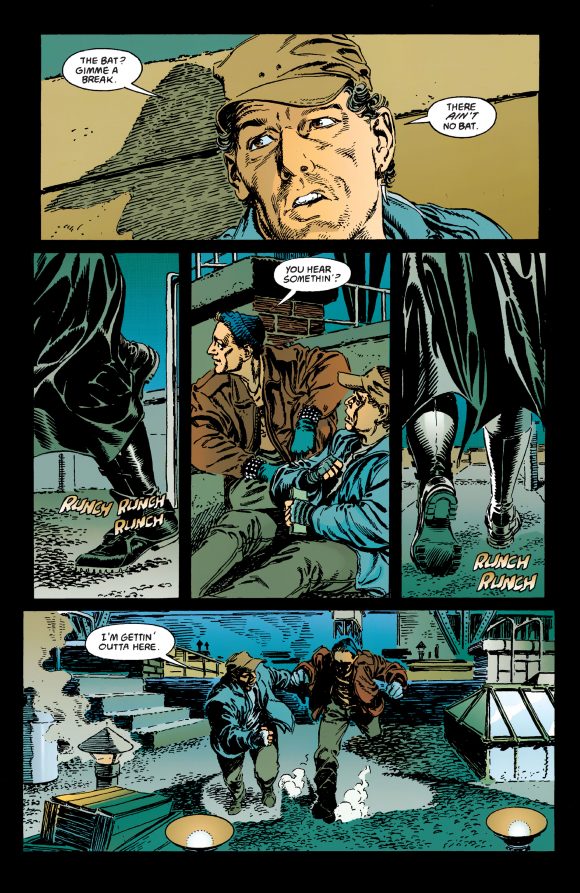 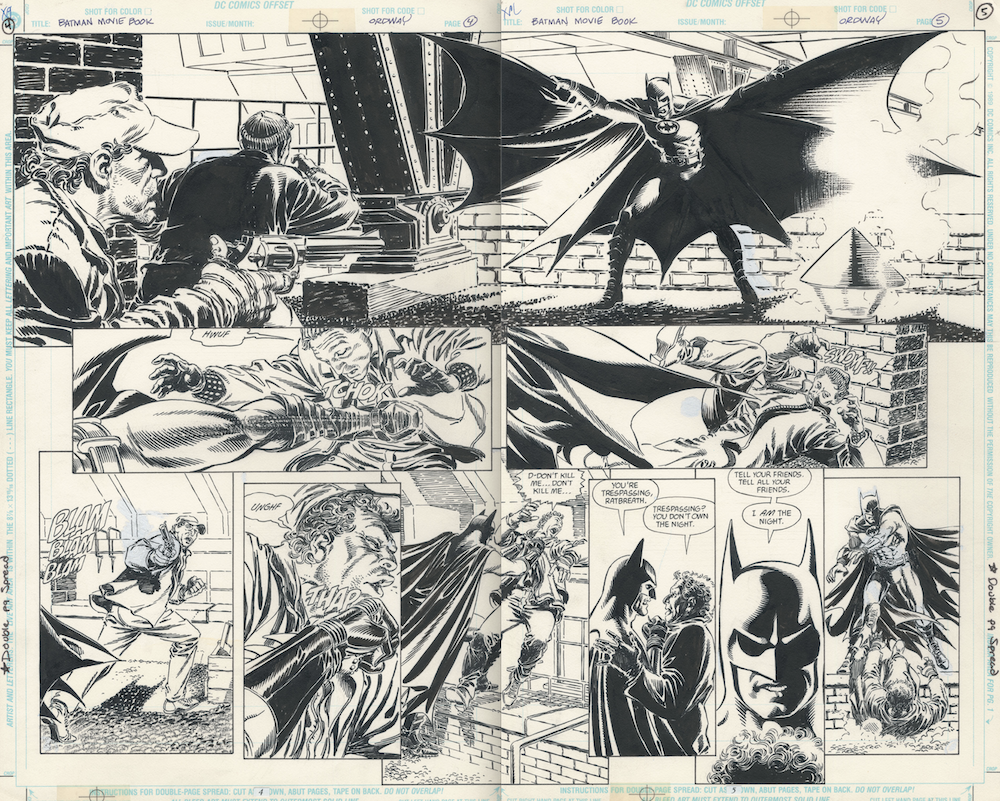 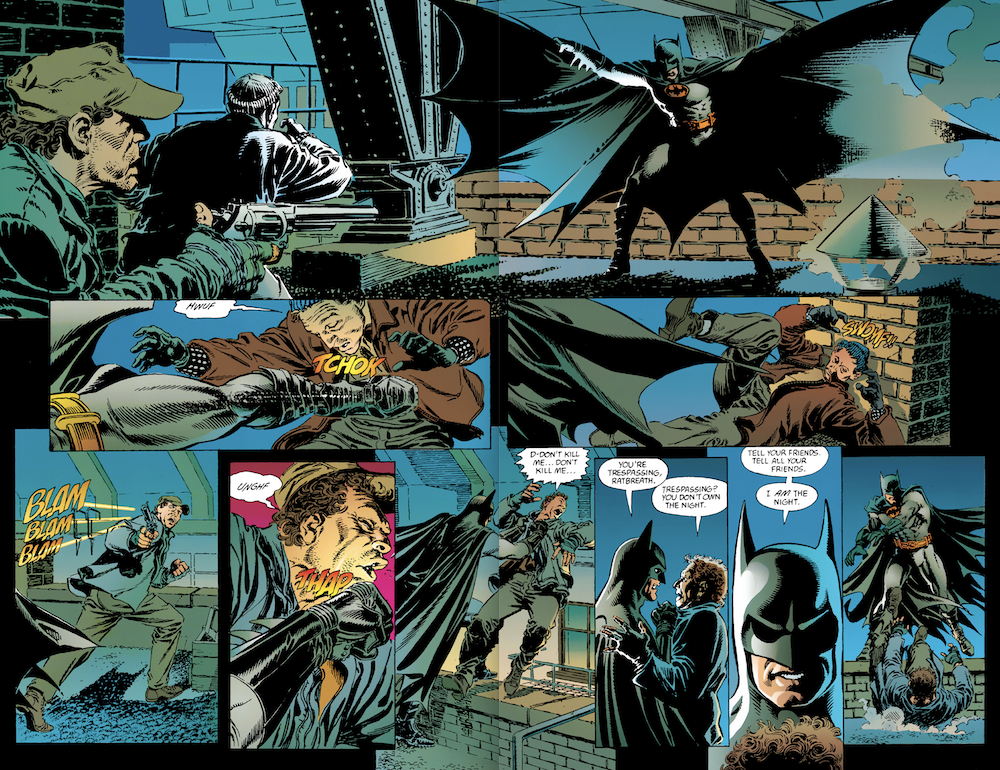 — How the BATMAN ’89 Comics Adaptation Improves Upon the Movie. Click here.