One of our most popular posts this season has been 13 GREAT ILLUSTRATIONS: The Groovy Glory of EARTH-TWO ROBIN, featuring a who’s who of artists interpreting the classic “Grown-Up Boy Wonder of Earth-Two.” We’re talking pencillers like Marshall Rogers, Neal Adams, Jerry Ordway and George Perez: 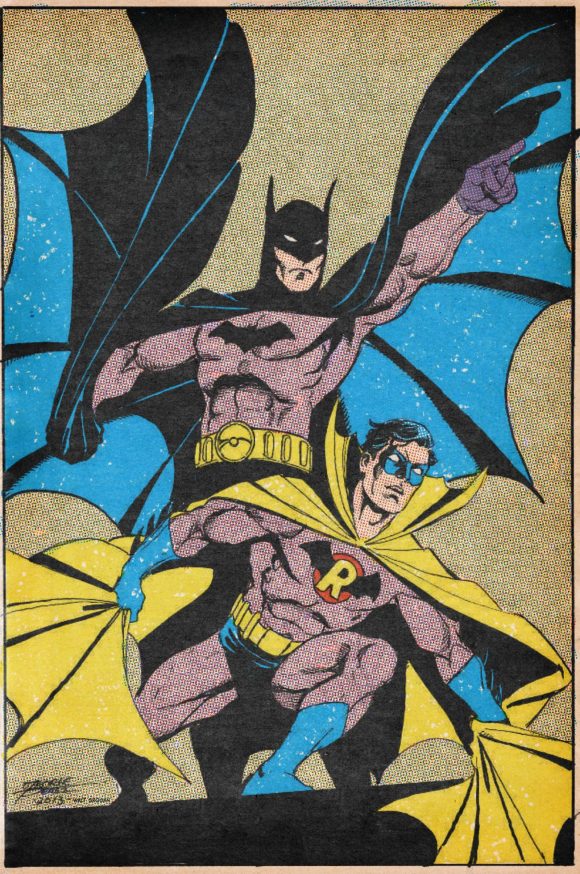 It’s dynamite stuff and superfan Walt Grogan, who runs an increasingly popular Facebook group on the subject, deserves the credit.

So picture the pleasant surprise awaiting me when I recently opened 1969’s World’s Finest #184 as part of an ongoing reading project I’m doing. The cover, by Curt Swan and Mike Esposito, shows Superman comforting Robin at Batman’s funeral, attended by the Justice League. It’s clearly labeled an “imaginary story” but I didn’t imagine what was awaiting me inside. 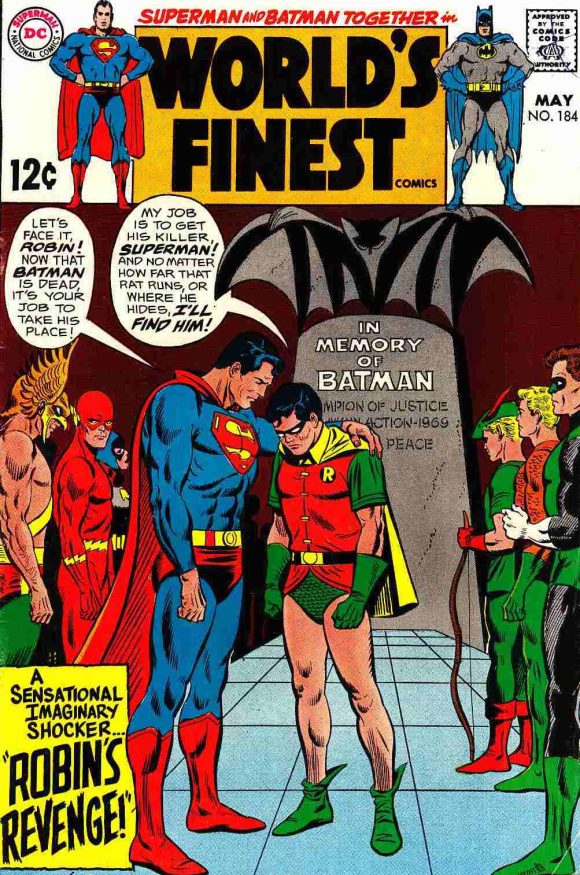 I read the issue decades ago but had completely forgotten that it takes place largely in the future, where Robin has grown to adulthood and is still thirsting for justice over the Caped Crusader’s demise. (By the way, you really know it’s an “imaginary story” because Batman is easily killed by a villain called the Automator, even though the Joker, Penguin, Riddler, Catwoman and Two-Face had all failed to do so in the Masked Manhunter’s first 30 years. Hell, even Dr. No-Face, the Zodiac Master and the Eraser failed to rub him out.)

Anyway, it’s not really that much of a story (sorry, 21-year-old Cary Bates) but the best part is that we see another imagined outfit for a grown-up Boy Wonder: 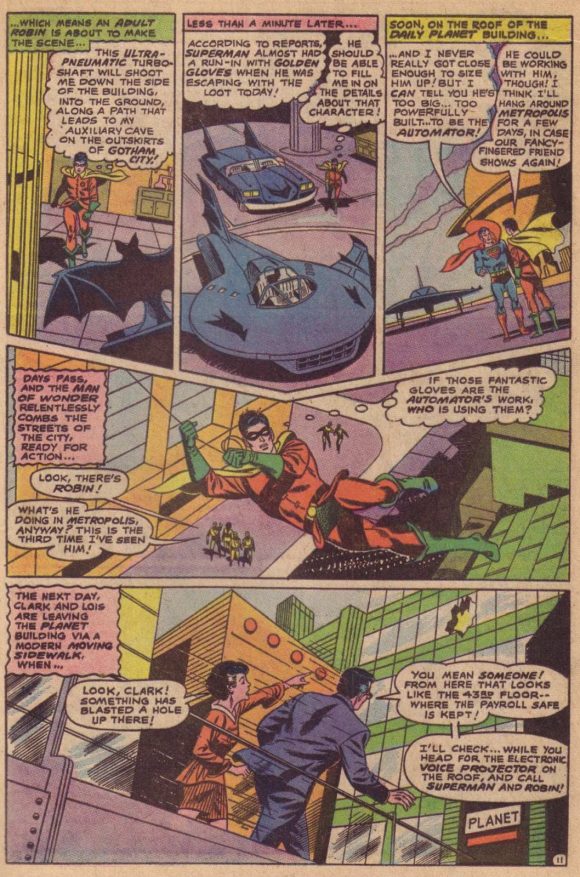 Now, it’s not Earth-Two or anything. It just is. But it’s fun to compare Swan and Jack Abel’s Man Wonder with the version that first appeared in June 1967’s Justice League of America #55 or the Neal Adams-designed version that first popped up in the ’70s. 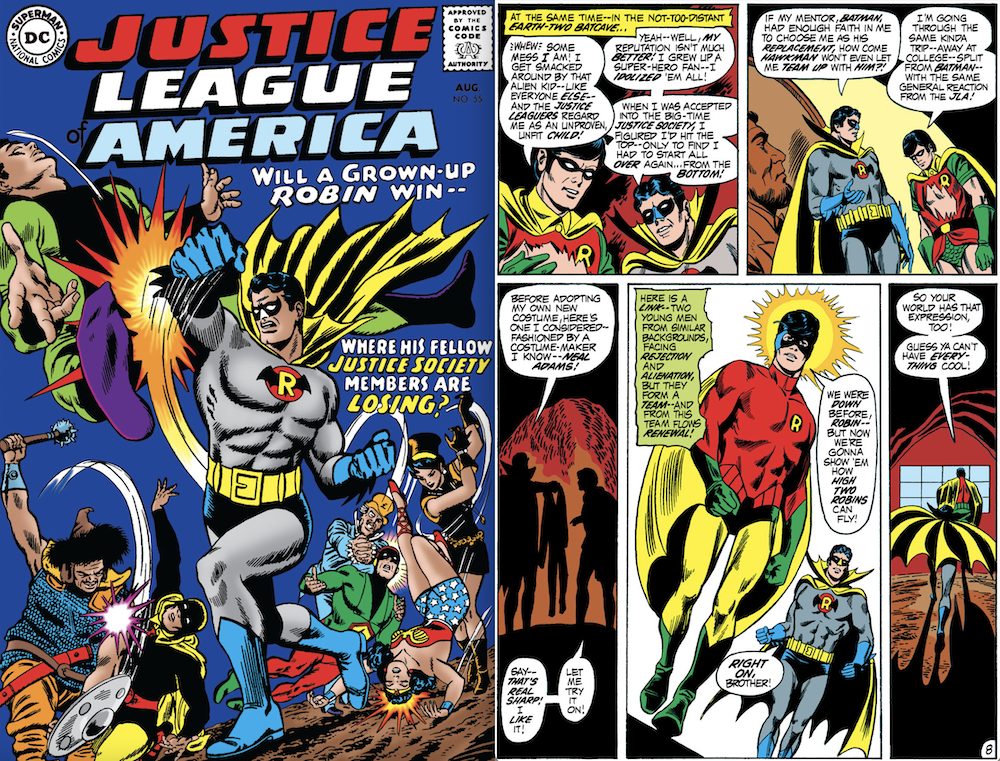 Here are another couple of looks — but be careful of the 52-YEAR-OLD SPOILERS: 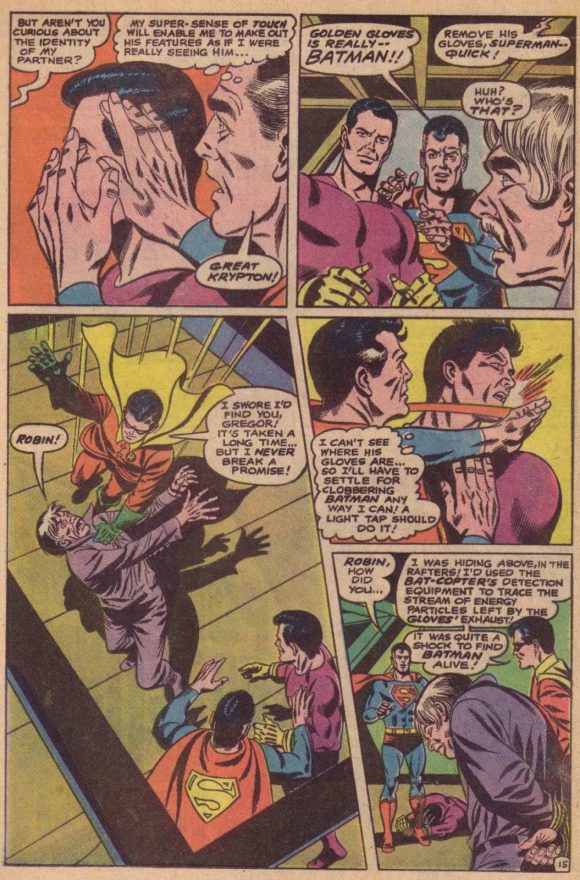 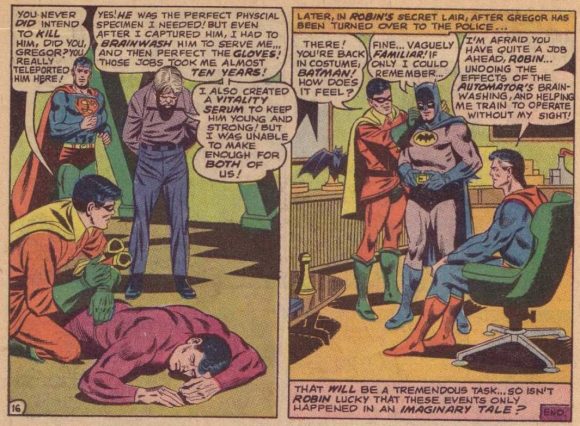 It’s not quite as cool as the JLA #55 version or as snazzy as the JLA #92 version but it definitely does the job. In its own way, it’s probably closer to what an alternate Robin’s adult costume would look like.

Still, short pants or no, it’s hard to beat the original. Just ask the kid who was lucky enough to be in the PSA on the inside front cover: 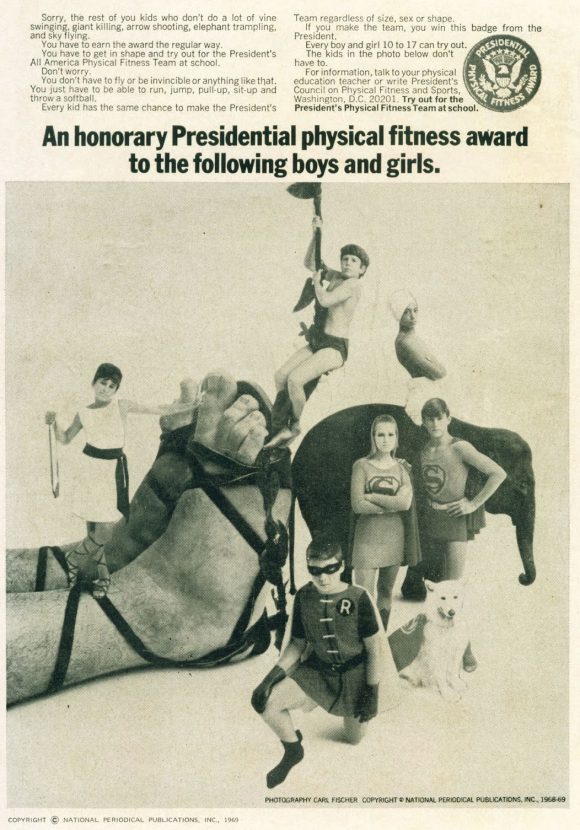