A fitting end to a compelling miniseries…

Last month, DC released the solicitations for Batman ’89 #5 and #6 simultaneously.

But what was missing was the final main cover for Issue #6. Well, now it’s here, so check out this movie-poster quality piece pencilled by series artist Joe Quinones and painted by Paolo Rivera: 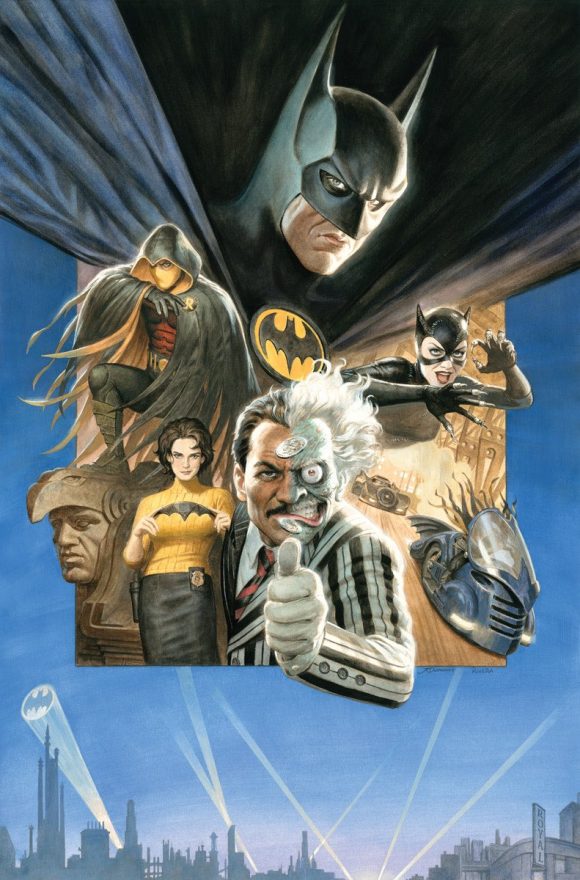 And in case you missed the solicitation info last time around, here it is again:

It’s a battle between former friends for the heart of Gotham as Batman faces down Harvey Dent. Can Bruce save his friend before he goes too far, and what does this mean for the future of Gotham City? 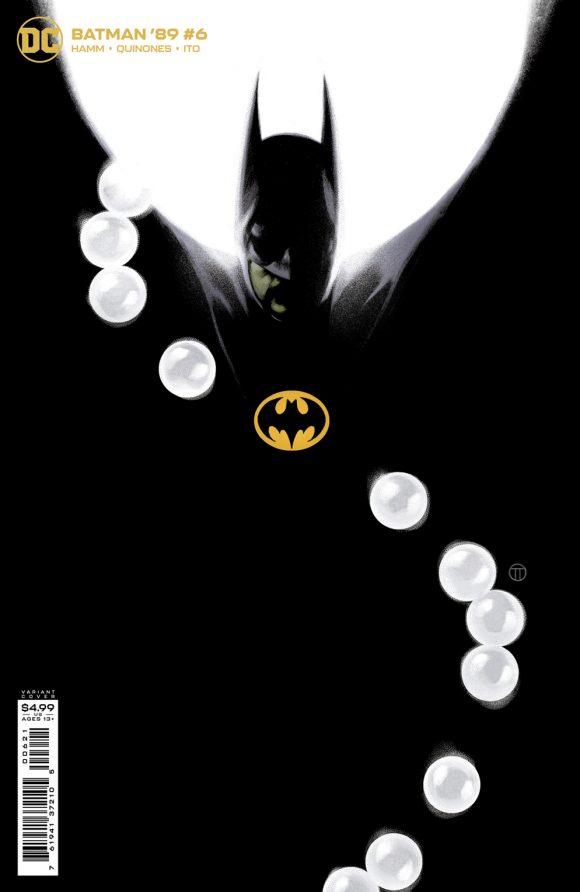 — The Julian Totino Tedesco variant was also released last month, but here it is again (above).

— I called the main cover “movie-poster quality.” Given the largely empty space at the bottom, I’m guessing that the trade dress will evoke that very idea.

— I’ve assumed all along that Robin will get a new costume by series’ end. But it’s still pretty close to the one from the cover of Issue #4.

— I like the way the batarang is arranged against Barbara Gordon’s chest. Very Batgirl — or Batwoman(?).