Dig the Final Versions of the ROBIN 80th ANNIVERSARY Variants

I love decade-tribute covers for anniversary and landmark issues — especially how DC Comics uses an era-appropriate logo for each one. Click here to check out March 4’s The Flash #750 covers, for example.

As you already probably know, the Robin 80th Anniversary 100-Page Super Spectacular #1 one-shot is coming March 11. (Click here for more info.) Thing is, Robin didn’t get his own solo title until the Modern Age. What to do about previous eras?

Well, DC found some very creative solutions — some expected, some not. 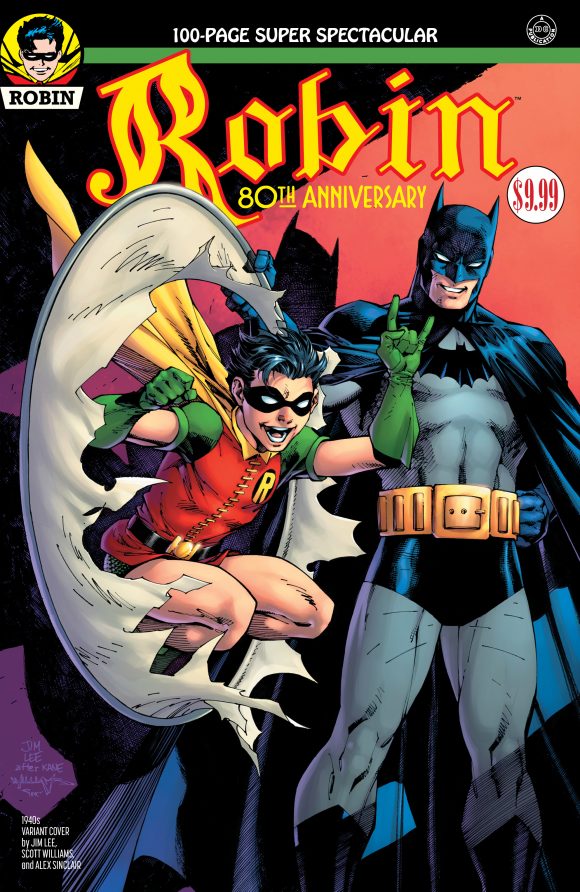 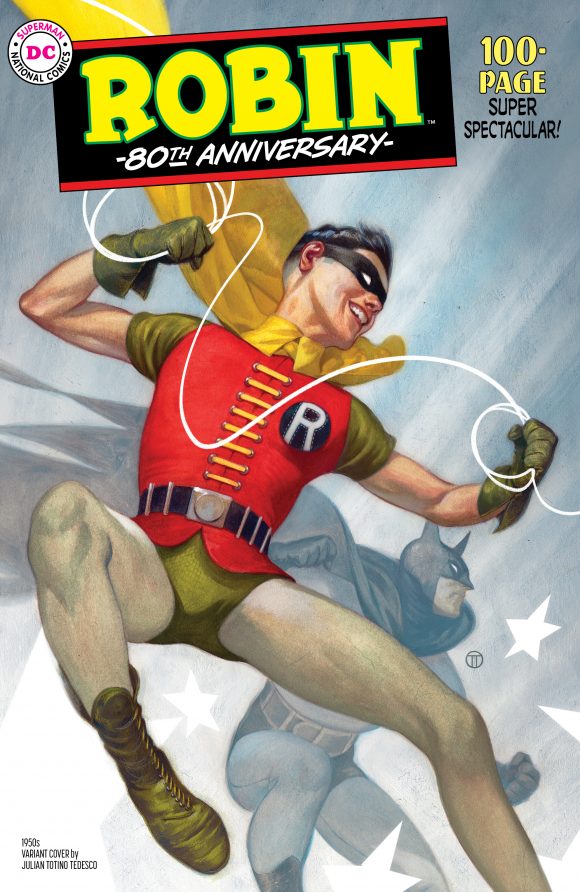 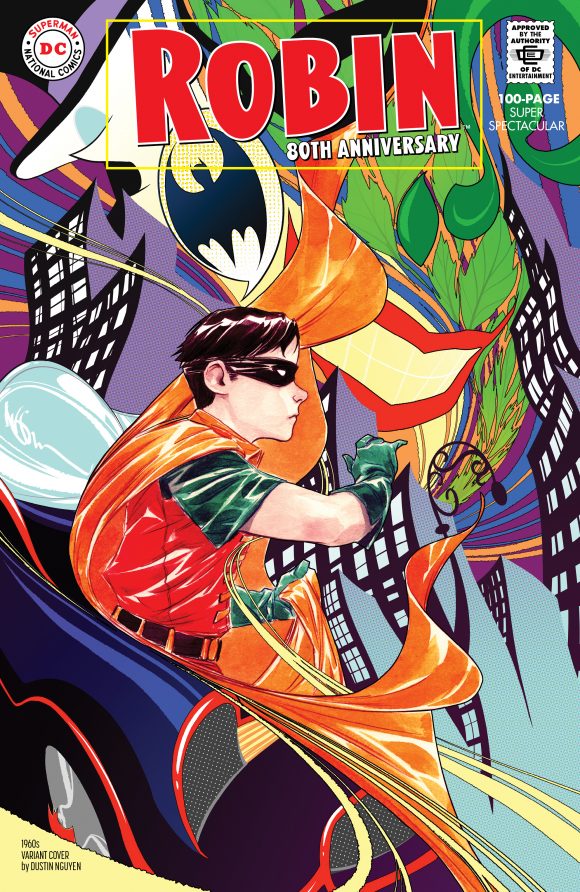 I’m gonna break in here for the 1970s cover. That one is extra-special and deserves its own spotlight. Click here to check it out.

But here’s a hint: 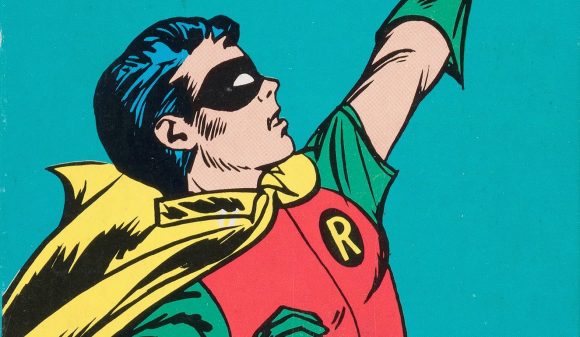 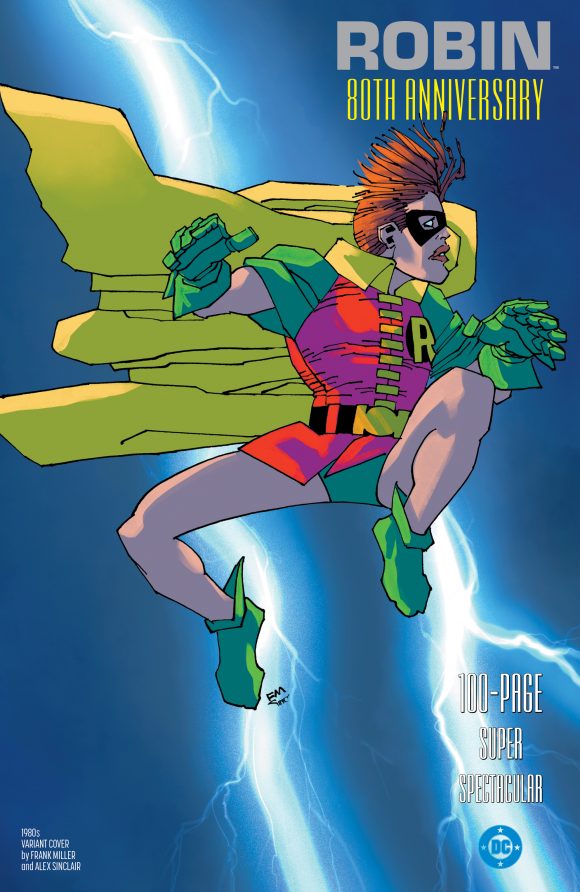 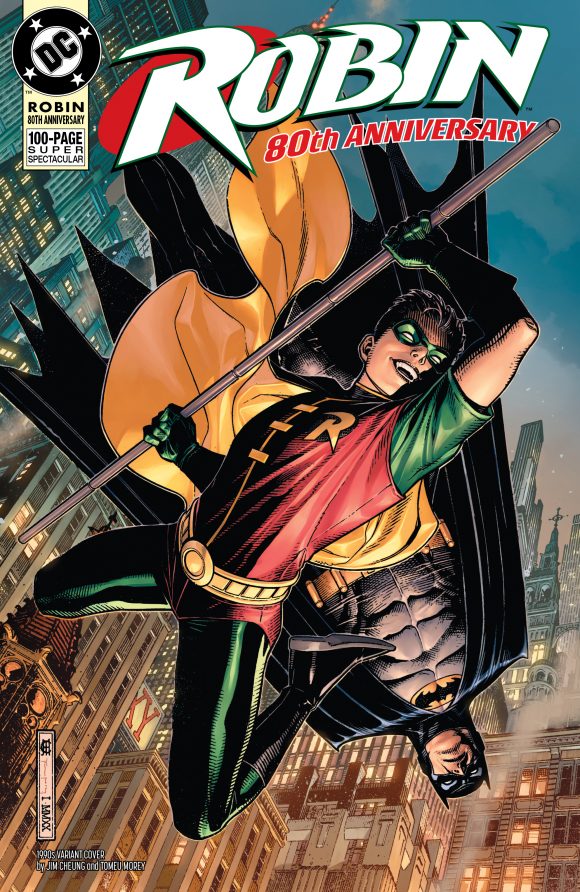 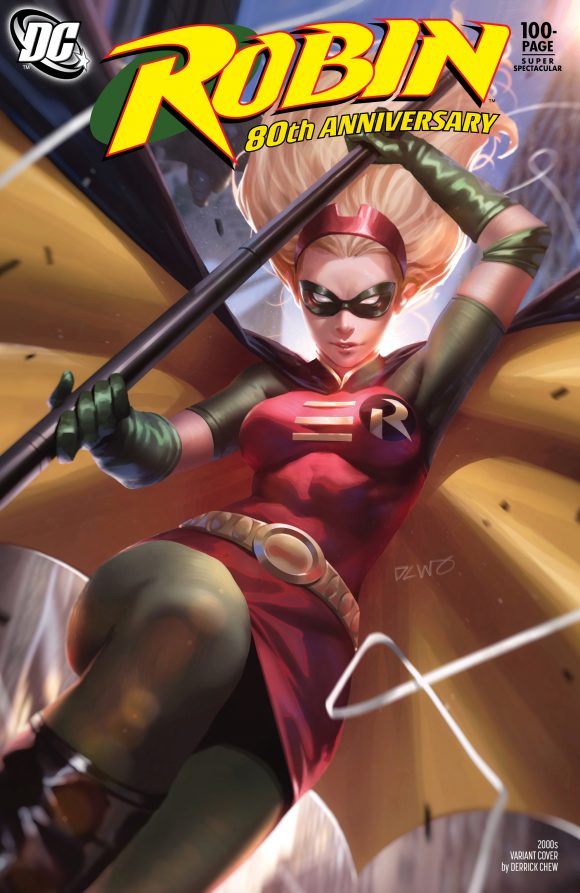 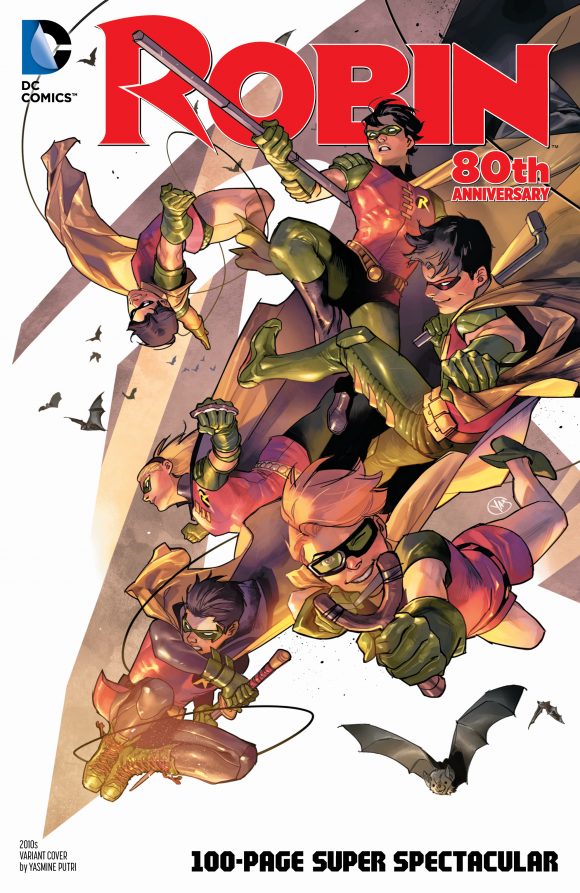 — The 1950s logo is from an interior Batman banner. At least the word “Robin” is. I’m not sure if the entire banner above was ever used anywhere, but I don’t believe so. 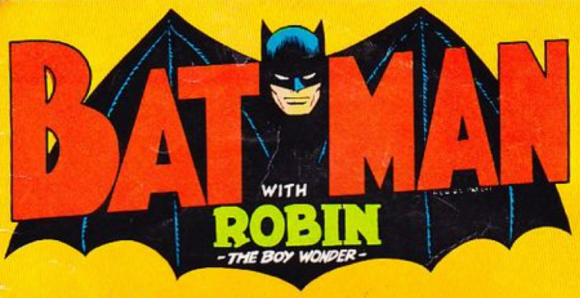 — The 1960s logo is a riff on the lettering from the Batman TV show: 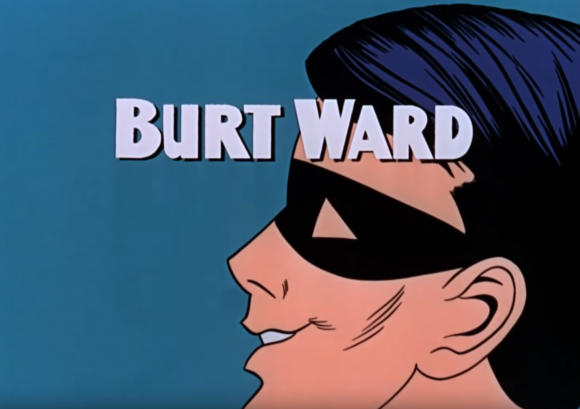 — The 1980s obviously apes The Dark Knight Returns (click here), and the others have been in use over the last 30 years.