SNEAK PEEK: Back to the Bronze Age!

You can click here to check it out. It’s outstanding.

But now, we’ve got another FIRST LOOK for you — Jim Lee, Scott Williams and Alex Sinclair’s 1970s cover. 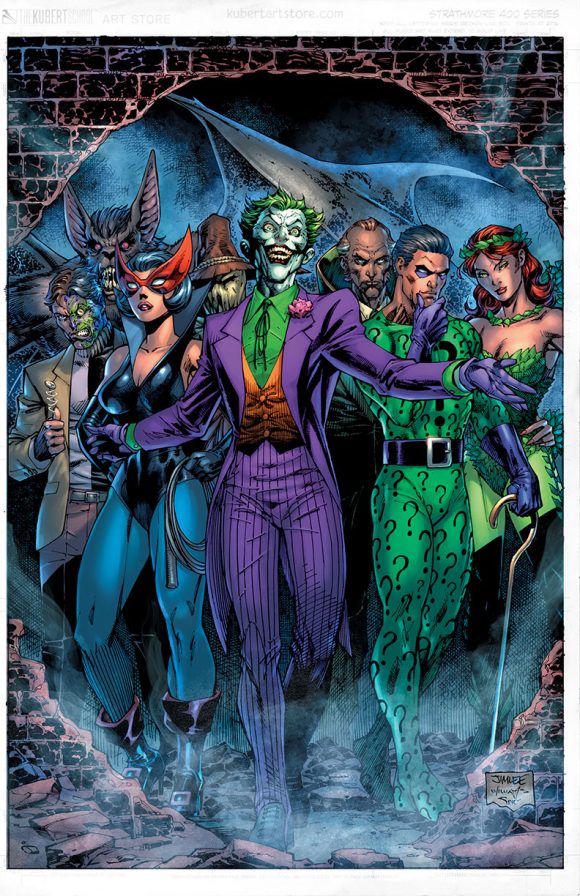 — As I noted yesterday, DC these days isn’t always sticking with the artistic style of a particular era, as the publisher largely did when it first launched decade-tribute covers with 2018’s Action Comics #1000. Instead, they’re mostly now having artists homage the decades in spirit. I have mixed feelings about that but when it works, it works. And it works here.

— Why does it work? Because that’s classic Joker there — and I love seeing Catwoman in her “pirate costume.” Plus, any time you get to see the Riddler in his jumpsuit with slicked-back black hair is a huge bonus. You also get Ra’s al Ghul and Man-Bat, who debuted in the ’70s, as well as the Scarecrow, who became became more prominent during the decade. (Quibble: Poison Ivy was pretty much absent in the ’70s. Still, I like seeing her old outfit.)

— Can’t wait to see what this looks like with the ’70s Joker logo and trade dress attached. (If you want to see the other Joker covers, click here.)