Spotlighting the Question, Blue Beetle and MORE on the Road to Watchmen… 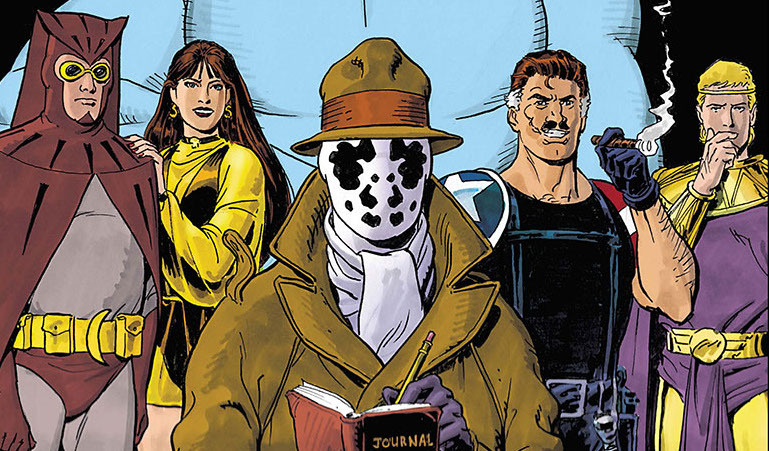 BOOK NEWS! We got BOOK NEWS! In addition to the piece you see here, we’ve got info on some other new collections DC is putting out. Click here for Super Friends: Saturday Morning Comics Vol. 1, featuring the ultra-rare Aquateers Meet the Super Friends. Click here for All-Star Comics: Only Legends Live Forever, collecting the classic Justice Society tales from All-Star and Adventure Comics — including the Death of Batman — by Paul Levitz, Gerry Conway, Joe Staton, et al. Click here for Legends of the Dark Knight: Steve Englehart, which finally brings his classic run with Marshall Rogers back into print.

An interesting take, this.

Set for fall release, according to an Amazon listing, is Road to Watchmen: The Question & Blue Beetle, featuring Silver and Bronze Age stories by the characters’ creator, Steve Ditko, as well as top pros like Alex Toth, Gary Friedrich, Steve Skeates, Roger Stern and Michael Uslan.

Here’s the official description of the hardcover (list price is $59.99): 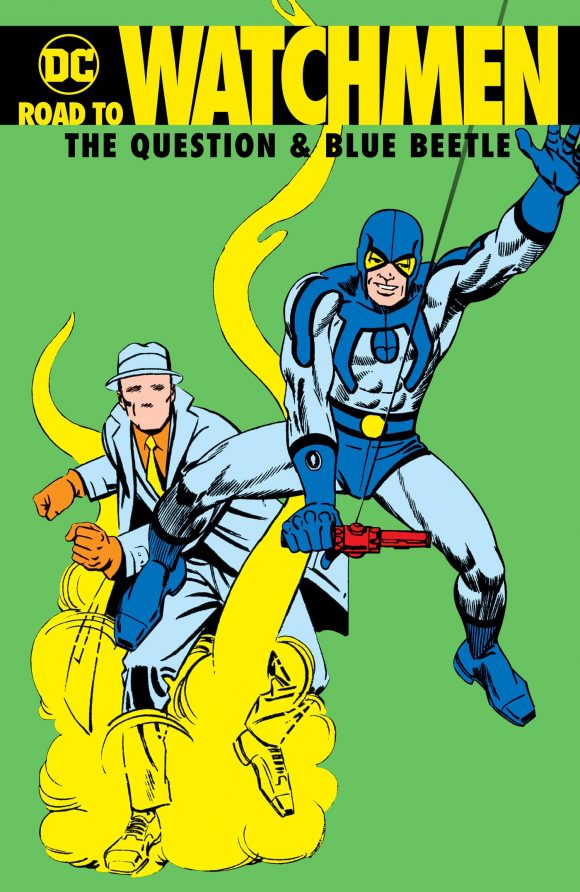 With a new HBO Watchmen series coming soon, DC collects some of the best stories starring the heroes that inspired the cast of the original WATCHMEN comic series.

At the height of comics’ 1960s Silver Age, artist Steve Ditko was winning praise for his spectacular work on Marvel’s Amazing Spider-Man and Doctor Strange. At the same time, Ditko was also creating powerful tales of other heroes: Charlton Comics’ Blue Beetle, Captain Atom and the Question. Now, for the first time, DC collects stories starring these enigmatic heroes, plus the Peacemaker and others — the heroes that provided the inspiration for WATCHMEN team members Nite Owl, Doctor Manhattan, Rorschach, the Comedian and more.

OK, so a few notes off the top of my head: 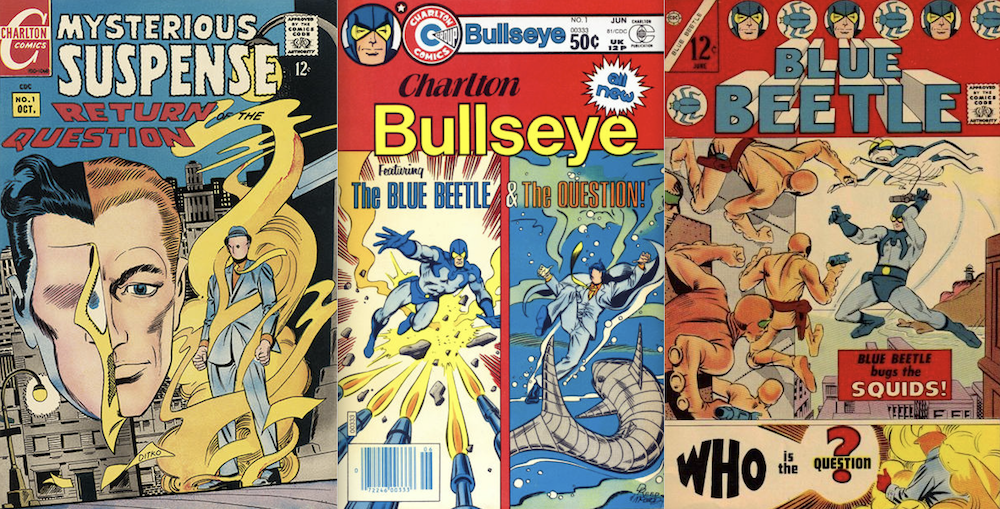 — The Amazon listing also calls the book Road to Watchmen: Rorschach and Nite Owl, so it’s not clear what the final title will be.

— I’m also not sure whether this is the first of multiple editions. Captain Atom and Nightshade don’t really factor into the description above and the title isn’t simply Road to Watchmen, so… (Peter Cannon, Thunderbolt — the inspiration for Ozymandias — is being published by Dynamite these days.)

— Requisite caveat: DC hasn’t officially solicited this book yet. Sometimes their collections show up on Amazon and in other listings before that happens. Not only that, DC has had a frustrating track record lately with its retro collections – soliciting books and then cancelling them shortly thereafter. So, it’s a matter of waiting until this actually comes to pass.

— All that said, this is a pretty groovy collection. Some of these stories popped up in DC’s The Action Heroes Archive Editions about 15 years ago but others have never been reprinted, at least as far as I can tell. Neato.