As you probably know, New York City today unveiled Bill Finger Way, renaming a street in the Bronx for the man who was the true force behind Batman’s creation. (Click here for coverage of the event.)

Bill Finger Way is located at E. 192nd St. and the Grand Concourse, outside Poe Park, where Finger and Bob Kane conceived the character. Kane for decades was incorrectly given solo credit for Batman when it was Finger’s contributions that made the character what he is. Only in the last couple of years has Finger’s name appeared in comics and on screen.

The city does these types of street-naming honors routinely but this is the first time it’s been done for a comics creator. Perhaps someone will take up the gauntlet for Jack Kirby on the Lower East Side now that a precedent has been set. 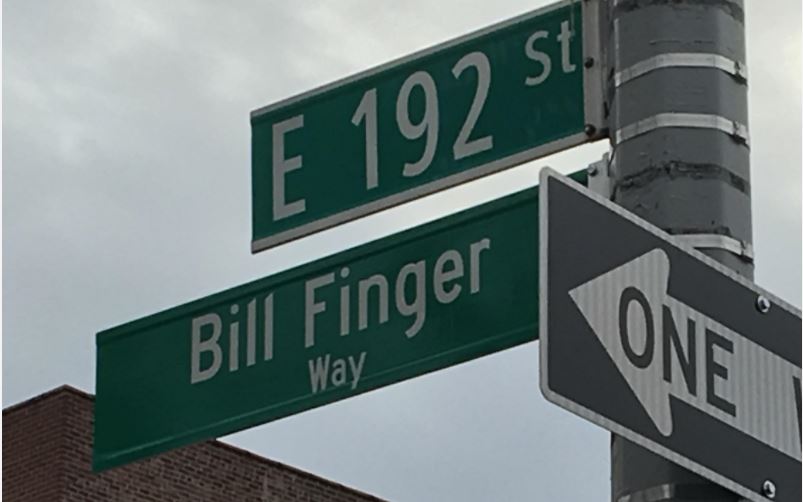 Here’s the text of the letter:

DC Entertainment applauds you and the City of New York for recognizing the significant contributions Bill Finger made to the Batman family of characters. Bill was instrumental in developing many of the key creative elements that enrich the Batman universe and still entertain fans today, nearly 80 years later.

Batman is a champion of Gotham City so it’s only fitting that New York City recognize one of their own, and one of the individuals who helped to define the character, Bill Finger.

Your Friends at DC Entertainment.