Batman’s co-creator gets another belated accolade.

New York City formally unveiled Bill Finger Way in the Bronx on Friday — paying tribute to the true creative force behind the creation of Batman.

Mike Sangregorio, friend and 13th Dimension contributor, sent along this pic from the ceremony: 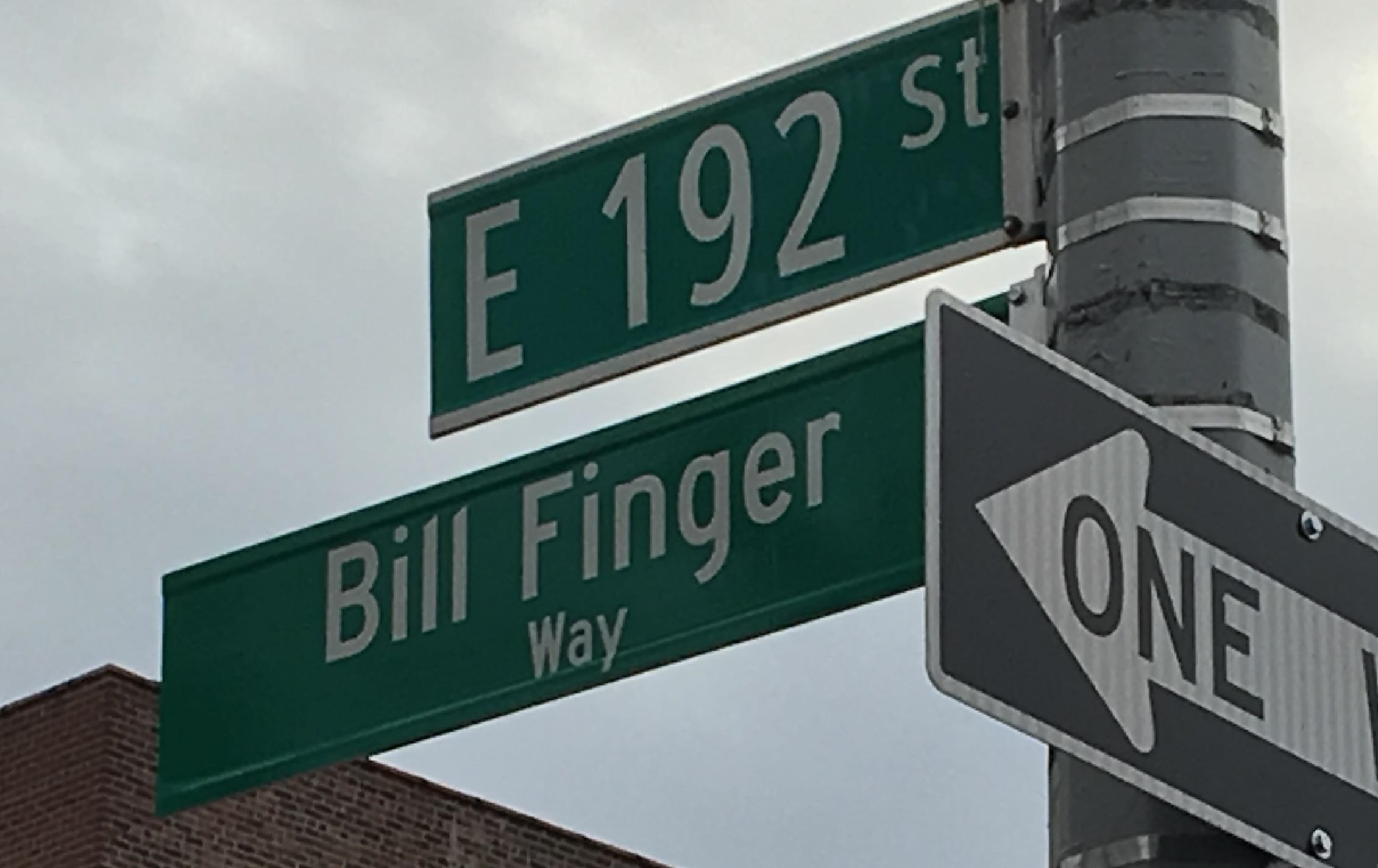 “I would like to thank Councilman Ritchie Torres, the city of New York and Marc Nobleman for recognizing the historical value of Bill Finger’s contributions to the culture of New York and to the world,” Finger’s granddaughter, Athena Finger, said in prepared remarks. “It’s a real honor for him to be recognized with a street named after Bill, along Poe Park in the Bronx, where he and Bob Kane would collaborate on Batman stories.”

Nobleman, the writer of Bill the Boy Wonder, has been a tireless, ahem, crusader to get Finger the credit he long deserved but was denied by Bob Kane’s sneaky deal with DC Comics back in the Golden Age. Only in the last couple of years has Finger’s name appeared in comics and on screen.

Nobleman appeared at the ceremony, as did Kevin “Voice of Batman” Conroy.