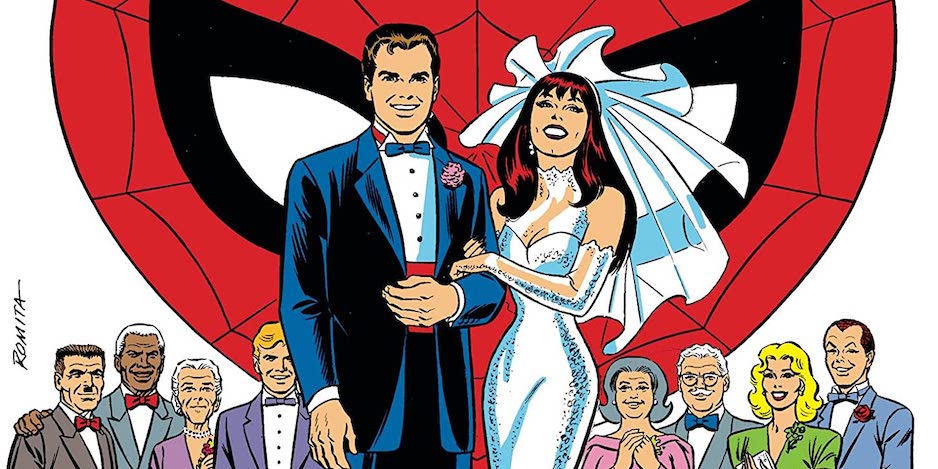 Well, there’s a big one coming your way in 2022: Spider-Man: The Wedding Album Gallery Edition. Dig the official description, according to an Amazon listing: 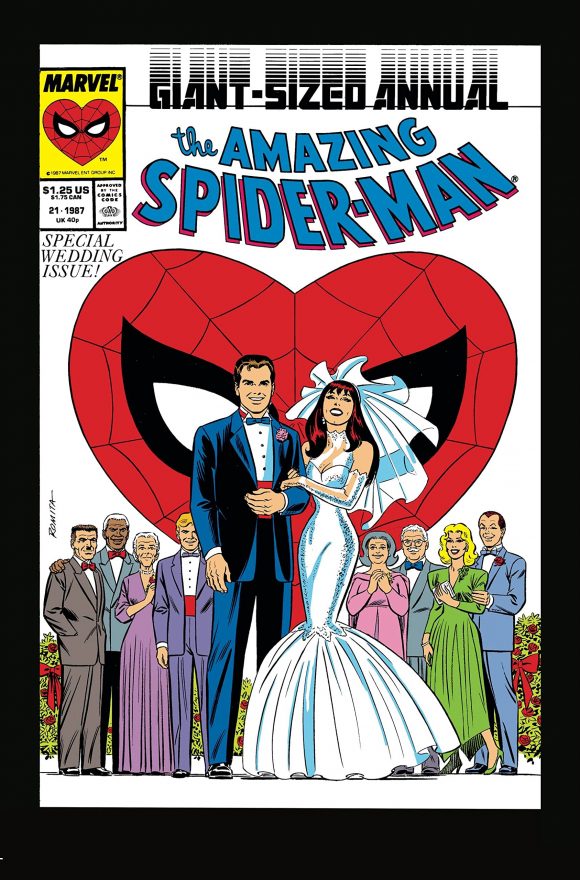 Celebrate the greatest comic-book wedding of all in this oversized Gallery Edition containing the complete story of Peter Parker and Mary Jane Watson’s 1980s nuptials — from proposal, to ceremony, to honeymoon! After years of will-they-won’t-they friendship and occasional romance, Peter pops the question…and after a lot of soul-searching, MJ says yes! But will these lovebirds truly hit the jackpot and walk down the aisle, or will that ol’ Parker luck — not to mention Electro, the Puma and the new Spider-Slayer — ruin everything for the bride and groom? Plus, vintage behind-the-scenes extras including the newspaper strip version of the wedding, and the complete saga of the happy couple’s history! 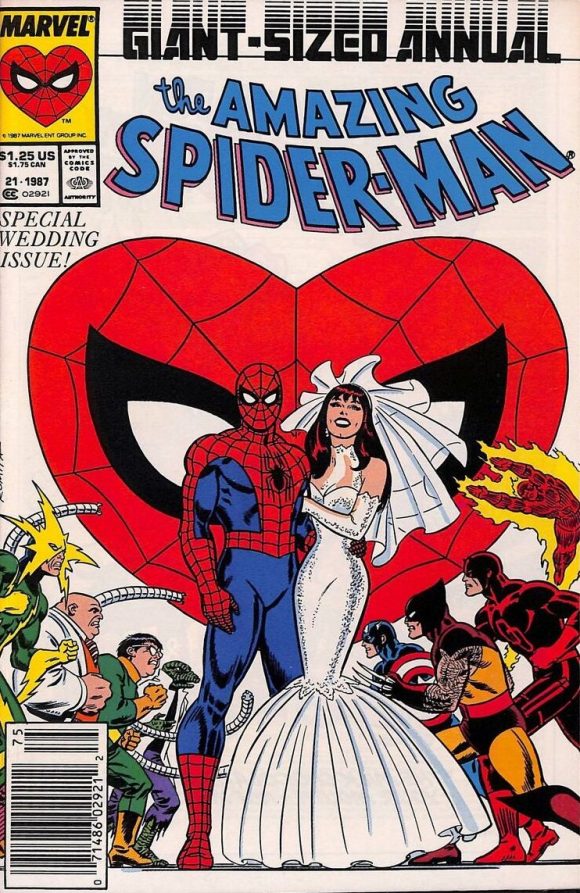 — Marvel in 2020 announced an Amazing Spider-Man Annual #21 Facsimile Edition, but I believe it was waylaid because of COVID. As far as I can tell, it never came out. Anyway, the timing and packaging here make a lot of sense. Next year is not only Spidey’s 60th anniversary, it’s the 35th anniversary of the 1987 Pete/MJ nuptials.