TOYHEM! The DC Comics artist/writer brings you little atomic batteries to power, little turbines to speed… — Welcome to TOYHEM! For the fourth straight holiday season, we’re bringing you a series of features and columns celebrating the toys of our youth, which often made for the best memories this time of year. Click here to check out the complete index of stories — and have a Merry Christmas, a Happy Chanukah and Happy Holidays! — Dan — UPDATED 12/1/22: This is one of my fave TOYHEM stories from the vault, so we’re re-presenting it this year. It first ran in 2019. Dig it! — Dan — TOYHEM! isn’t really a single series of stories. It’s sort of a series of series. We have the 13-day Custom Mego Box of the Day, for example. (Click here.) But we also have TOYHEM! MEMORIES – a collection of guest essays by comics creators on their favorite childhood toys. Last time, it was Gene Luen Yang on The Six Million Dollar Man. Click here. This time? It’s Dan Jurgens on the Corgi Batmobile. Dan’s probably best known for his role in The Death of Superman, but the comics stalwart has probably touched just about every DC character there is, and a fair number of Marvel heroes and villains too. He’s also the creator of Booster Gold, who just happens to have a big hardcover collection out right now: So dig this look back at one of the most popular Batman playthings ever — and certainly one of my own favorites: — By DAN JURGENS In the 1960s, we didn’t have much in the way of toys that were based on comics. More than anything, we had toys that were based on TV shows that were based on comics, and the king of them all was ABC TV’s Batman. Not only was it massive as a two-night-per-week TV show, it was also an iconic symbol of pop culture, capturing much of the crazy concepts of the era. Part of that craziness was the idea that almost every show on TV seemed to have a unique car as part of its “cast”. The Munsters, The Monkees, The Beverly Hillbillies and more all had recognizable cars that were worthy of exploitation by the toy industry. Batman was the leader in that regard, thanks to the Batmobile. Designed and built by George...

A BRUCE LEE BIRTHDAY CELEBRATION… By PETER BOSCH I won’t hide it, I always preferred The Green Hornet television series over Batman. It may be foolish for me to say that, when there are so many are great fans of the latter series, but the program did the one thing that I wanted: It treated the characters seriously. Don’t get me wrong, I watched and enjoyed both but I liked my superheroes without a single “BAM!” or “POW!” Regrettably, the ABC-TV show ran only one season, from September 9, 1966, to March 17, 1967. Van Williams starred as Britt Reid/the Green Hornet, with Bruce Lee as Kato, Wende Wagner as Casey, Walter Brooke as District Attorney Frank Scanlon, and Lloyd Gough as Mike Axford. For the late Bruce Lee’s birthday (born Lee Jun-fan on Nov. 27, 1940), I want to present THE TOP 13 GREEN HORNET ’66 EPISODES — RANKED: — 13. The Secret of the Sally Bell. When a criminal, who is the only one to know the location of $2 million in narcotics on board a ship, is injured and comatose, members of his gang kidnap him from the hospital with a hospital doctor to revive him long enough to reveal the location. The Hornet and Kato fight to save her and get the narcotics. The episode is one of those that could have done with a longer format in order to provide more depth to the characters, but still does a good job squeezing events into half an hour. Trivia: At one point, a gang member is watching a Batman episode on TV. (Gang Boss: “We got a fortune riding on a deal and you’re watching Batman?!”) — 12. The Hunters and the Hunted. Four big-game hunters are methodically stalking and killing the city’s top ganglords… and since the Hornet is considered a criminal, he is next on their list. Trivia: Robert Strauss, who played greasy bad guy Bud Crocker in this episode, was a regular guest star on TV programs but was probably most famous for playing the POW “Animal” in the Broadway and film productions of Stalag 17. — 11. The Silent Gun. The first broadcast episode of the series has the Hornet and Kato trying to get ahold of a gun that has no noise or flash to give away its presence when... 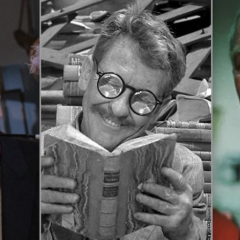 THE PENGUIN AND BEYOND: 13 Great BURGESS MEREDITH Performances

A BIRTHDAY SALUTE: The late, great character actor was born 115 years ago…

THE ADVENTURES OF BATMAN: Such great, overdue news… 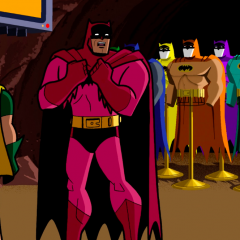 13 Classic Easter Eggs in BATMAN: THE BRAVE AND THE BOLD

A colorful ANNIVERSARY tour through the Golden, Silver and Bronze Ages… 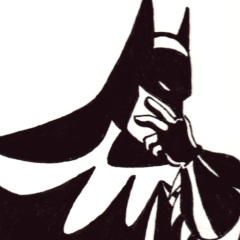 BATMAN’s KEVIN CONROY: The Voice of a Hero — And So Much More

An APPRECIATION by podcaster and Batman expert Chris Franklin… 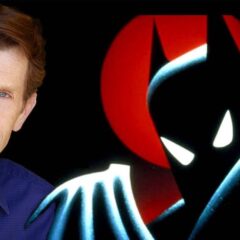 KEVIN CONROY, THE VOICE OF BATMAN, DEAD AT 66 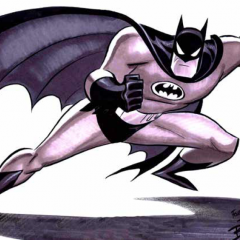 The SECRET ORIGIN of BATMAN: THE ANIMATED SERIES