CAPTAIN AMERICA and the Legacy of SECRET EMPIRE, by STEVE ENGLEHART 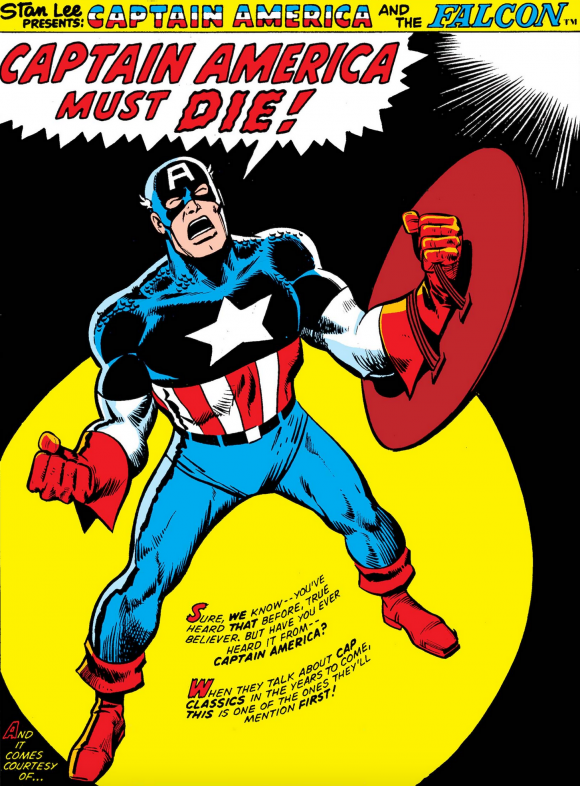 (UPDATED 5/4/20: In the 1970s, comics great Steve Englehart wrote the highly influential, politically charged Captain America story arc Secret Empire. The first part — Issue #176 — came out this week in 1974, as you can see in our latest RETRO HOT PICKS! (Click here.) Perfect time to re-present this piece from 2014 — which is quite prescient. — Dan

Dan asked me to write about connecting Captain America to Watergate, and how that applies to today. Well, the last part’s easy: Everything Nixon did to get himself nearly impeached has been made legal since.

But back in the day, when there was just CBS, NBC, ABC and PBS, and they all had news divisions that worked, what Nixon did was plainly illegal, and the Senate, which also worked, pursued a principled inquiry of it.

The whole thing played out over the entire summer of 1973, and it played out operatically. Every time the drama began to wane, as the investigators ran into the cover-up, something would break loose and ratchet the whole thing up another notch. Those four networks devoted the bulk of their daytime schedules to the Senate hearings, and America was riveted. Meanwhile, one American was writing Captain America. 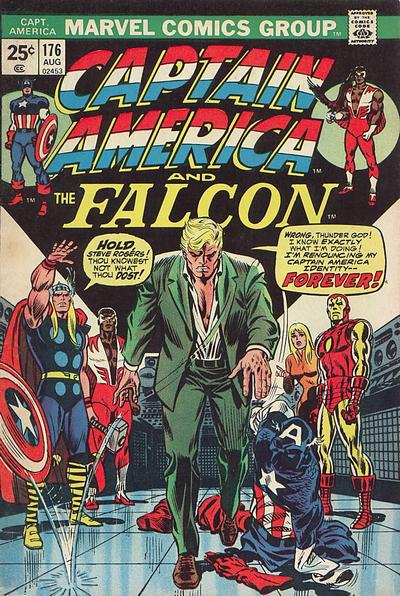 It seemed to me that if Cap existed, which was how I approached all my characters, then Cap couldn’t fight the Yellow Claw or Doctor Faustus while the president of the United States was being brought to justice. So I turned my storyline toward a version of the day’s events — remembering always that I was writing a book that appeared once a month, three months after I wrote it; I couldn’t be playing off the daily news.

But I remember watching Nixon’s famous “I am not a crook” speech, and thinking “He’s guilty, and he knows the evidence is out there.” As the saga unfolded, the Senate kept getting closer to that evidence; the end game, unless Nixon did something particularly drastic (and we all knew he would if he could), was already written. So I created a scenario in which America was being subverted by a group called the Secret Empire, through their political arm, the Committee to Regain America’s Principles (the acronym’s easy, inspired by the actual Committee to Re-Elect the President, or CREEP). In the end, Cap traced the head man to the White House, and was just too late to keep him from committing suicide.

People always ask if Marvel kept me from saying flat out that the man was Nixon, and the answer is no, that was me. Marvel was gloriously free of censorship then, but actually calling out the president might have been too controversial for a commercial company, and I chose to leave it ambiguous — though no one in that time and place could be unaware of my point. 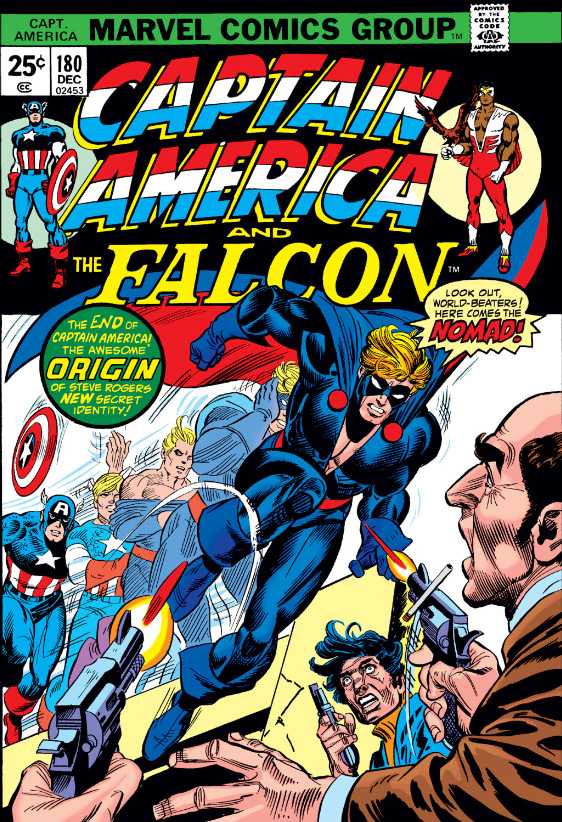 In the comic, this profoundly shook Captain America, and he quit being Cap. He became the Nomad, the Man Without a Country — leaving me a book called Captain America with no Captain America in it. I didn’t mind a bit; that was fun stuff for a writer. And when he eventually put on the costume again, it was because he stood for America’s actual principles, and not what some Americans might actually do.

In the real world, Nixon appointed Gerald Ford as vice president, and when Nixon resigned to avoid being impeached, Ford became president — and he pardoned Nixon. For the good of the country, y’know.

Since then, politicians have learned great lessons from Watergate. The most important was: When asked about bad things, lie. It will be hard to believe for some, but in Nixon’s time, everybody felt obliged to answer questions under oath with actual answers. There were rules that people observed.

The second lesson was: Change the laws so you don’t have to observe those rules. For the good of the country. 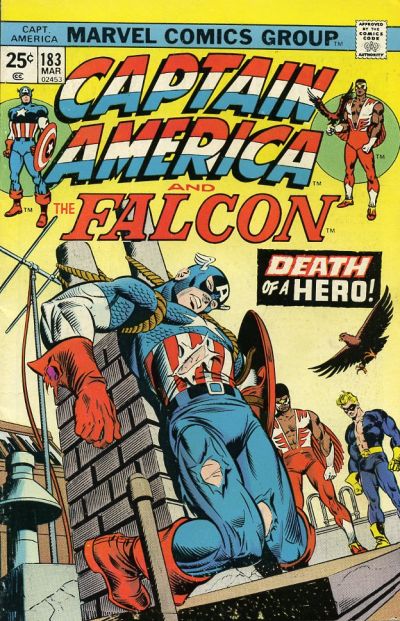 So people also ask, as Dan did, how would my Cap react to the events of the past 15 years. My best guess: My Cap would have been stripped of his costume this time around, and a more pliable Cap put in his place. But Steve Rogers would again be the Nomad, fighting outside the system for America’s principles — and what happens after that, in a world with secret black ops torture centers, is anybody’s guess.

But Cap was never anybody’s victim, so he’d be a very different man from the one in the ’70s, with some rule changes of his own. His successes — and he’d have them — would have changed the shape of the last 15 years. The world he’d be living in would diverge considerably from ours, to the point of unknowability.

My current novels are set in our real world, with a hero not so far removed from Cap, because reality fascinated me then and it fascinates me now — but Max August isn’t Cap, and he doesn’t have the Avengers behind him, so Cap’s fate would be his own.

Even with all of the above, I’d put my money on him.