Half-surprised it took this long… 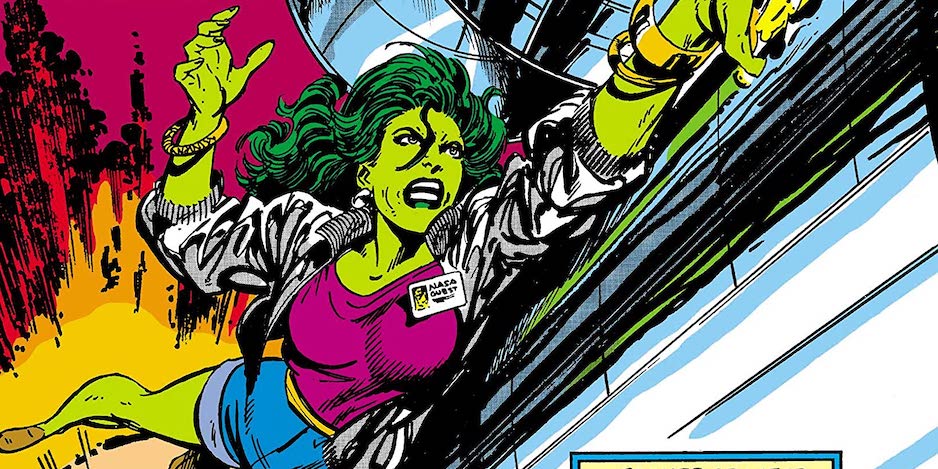 With She-Hulk getting a Disney+ show in 2022, it only makes sense that Marvel Comics would be leaning into the popular hero. The original Savage She-Hulk series, for example, is getting an omnibus edition in April.

But that’s not all!

John Byrne’s cult-fave The Sensational She-Hulk is slated for the character’s first Epic Collection come May 2022.

Dig this listing on Amazon: 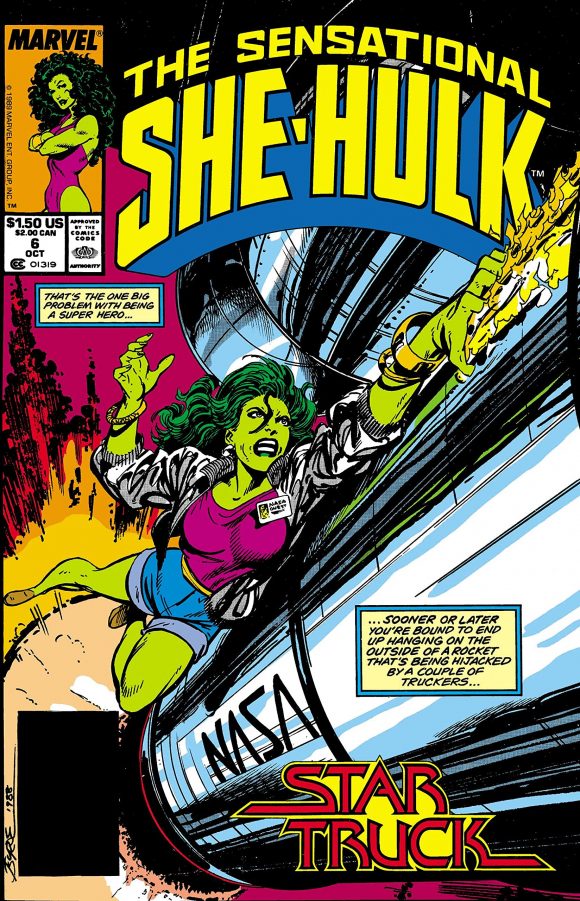 She’s done being savage…now it’s time to be sensational! Industry legend John Byrne launches She-Hulk’s second solo series with a twist — because Shulkie knows she’s a character in a comic book! As the jade giantess smashes the glass ceiling at her new law firm, she does the same to the “fourth wall” between character and audience — quipping with readers and arguing with her comic’s creators as she takes on bizarre foes including the Circus of Crime, the Toad Men, Stilt-Man and Xemnu the Titan! Plus, Jen meets Golden Age heroine the Blonde Phantom, and learns harsh lessons about the rules of comics! The mayhem of Madcap! A wedding proposal like no other! And She-Hulk: The Movie?! 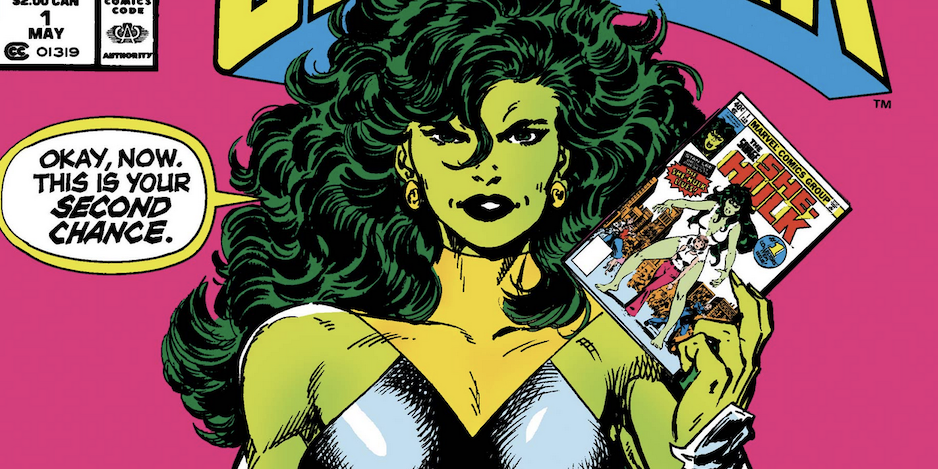 — The blurb doesn’t say which issues will be included but it’s likely to be the first 20 or so. That’s the rough number for your typical Epic Collection. Keep in mind, though, that Byrne was not on the book for its entire 1989-93, 60-issue run; he left after the first eight issues before returning later on. So even though Amazon has only listed Byrne as the creator, this volume will likely also include work by Steve Gerber, Bryan Hitch and others. (There was a Byrne Sensational She-Hulk Omnibus that came out in 2020, but it only included his stories.)

— Given the popularity of Sensational She-Hulk, I’m kind of surprised that we haven’t gotten an Epic Collection yet. But this is certainly good news.

— The SAVAGE SHE-HULK OMNIBUS Is Stomping Your Way. Click here.