BRITMANIA: You’ll Love This Illustrated History of the British Invasion 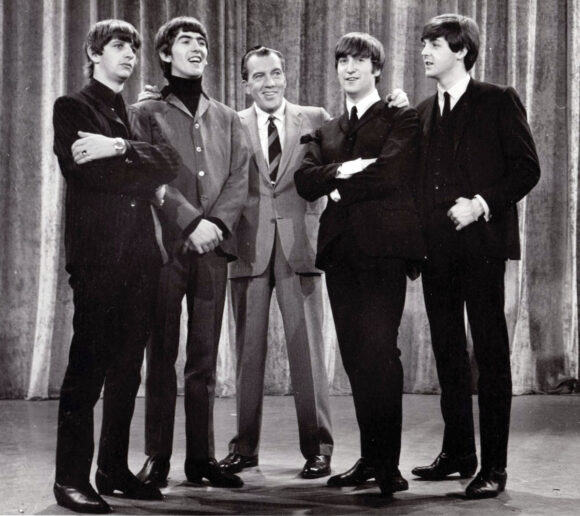 Now, as it happens, the Fab Four made their Ed Sullivan Show debut Feb. 9, 1964, so it only made sense to show off an upcoming new book from our pals at TwoMorrows: Britmania: The British Invasion of the Sixties in Pop Culture, by Mark Voger.

“The music of the Beatles, the Stones, the Who and the other British Invasion bands is timeless,” Voger said. “Peter Jackson’s docuseries Get Back has proven again that there will always be an audience, a fascination, for this music and its players. But there’s all this other weird stuff back there, too, like lunchboxes, bubble-bath toys, trading cards, comic books, as if this movement was for children,” Voger said. 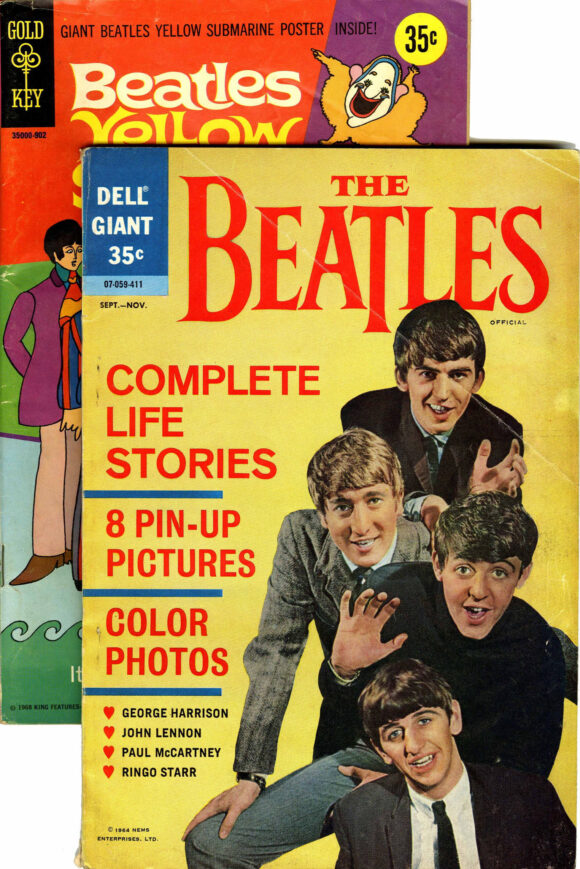 “The music itself emerged from something a bit darker. The musicians weren’t ‘posh’ Brits; they often grew up in rough parts of England, Liverpool being one of them. They were ‘Blitz babies,’ survivors of World War II as infants and toddlers, who spent their childhoods living with rationing and playing in streets of rubble. American rock ‘n’ roll turned them on, gave them hope. They learned it, elaborated upon it, then played it for us and gave us hope. With Britmania, which I designed and wrote, I tried to assemble a record of both the giddy fun and its sociopolitical context. But mostly the giddy fun,” he added. 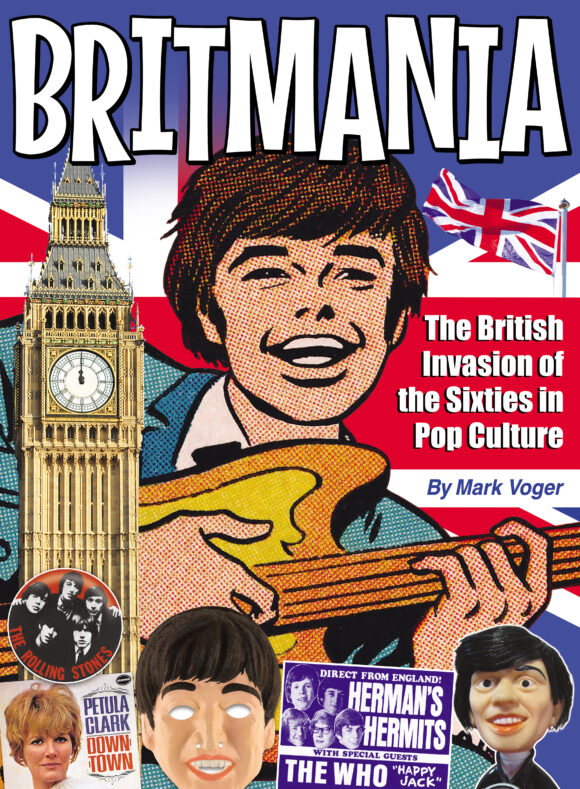 Remember when long-haired British rock ’n’ rollers made teenage girls swoon — and their parents go crazy? Britmania plunges into the period when suddenly, America went wild for All Things British. This profusely illustrated full-color hardback, subtitled “The British Invasion of the Sixties in Pop Culture,” explores the movies (A Hard Day’s Night, Having a Wild Weekend), TV (The Ed Sullivan Show, Magical Mystery Tour), collectibles (toys, games, trading cards, lunch boxes), comics (real-life Brits in the DC and Marvel Universes) and, of course, the music! Written and designed by Mark Voger (Monster Mash, Groovy, Holly Jolly), Britmania features interviews with members of the Beatles, the Rolling Stones, The Who, the Kinks, Herman’s Hermits, the Yardbirds, the Animals, the Hollies and more. It’s a gas, gas, gas! 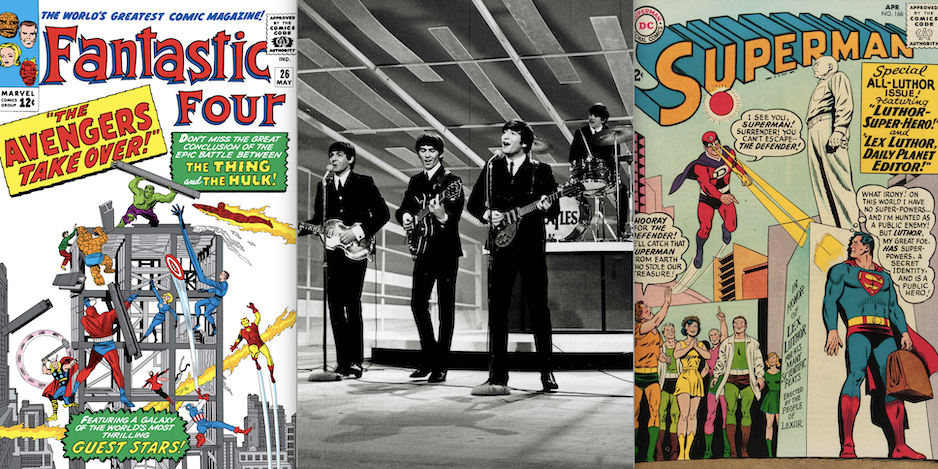 — Since this IS a comics site, click here for this week’s RETRO HOT PICKS — in which Mark joins Scott Tipton and me in picking the grooviest comics that came out the week the Beatles first hit Ed Sullivan. There are some great ones in there.

— Britmania lists for $43.95 and is due Nov. 16, 2022. It’ll be available through comics shops and booksellers but you can already pre-order it through TwoMorrows. Click here.

— Want more Beatles and comics? You definitely do. Dig this.