BEWARE THE BATMAN: 13 REASONS It Deserves a Second Look

A rare Batman misfire debuted six years ago this month…

As much as we love to celebrate the best of Batman in these parts, occasionally a project comes along that just doesn’t land.

Take Beware the Batman, the animated series that debuted in July 2013 and was effectively aborted before it really had a chance to find its footing.

Well, reader Ken Holtzhouser — who went out on a limb during our 80th Anniversary BATMAN WEEK celebration with 13 QUICK THOUGHTS: IN DEFENSE OF BATMAN & ROBIN (click here) — is back to tell you why the CG animated series deserves your respect.

After the seemingly evergreen success of Batman on the big screen and the genre-smashing success of the classic Batman: The Animated Series, you could reasonably assume that animated adventures of the Caped Crusader would always have a hope on television.

Indeed, in the years that followed BTAS, The Batman and Batman: The Brave and the Bold each chalked up solid runs and added to the character’s mythos. So, on July 13, 2013, Cartoon Network unveiled a brand-new animated exploration of Gotham City: Taking its darker cues from Christopher Nolan’s Dark Knight movies, Beware the Batman joined the channel’s DC Nation block of Saturday morning programming…

… and was pulled from the network three months later, in October, before the first season of episodes fully premiered.

Deemed a financial failure by the network, the remainder of its episodes were shown years later on Cartoon Network’s Toonami late-night slate.

What happened? Everyone seems to have a “pet” reason why the series failed with audiences. Perhaps the lack of interest on toys and merchandise from major retail outlets made the series less financially secure. 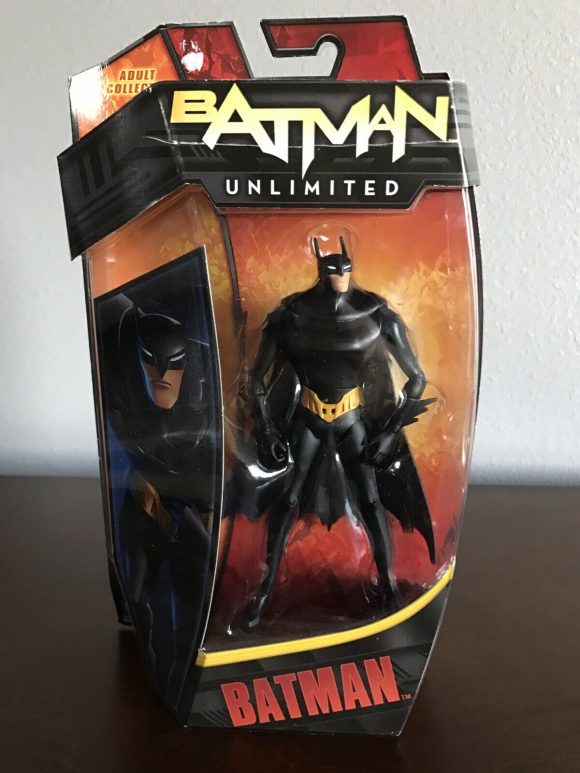 Maybe the CG animation was too different from previous Batman cartoons or the lack of well-known arch villains rendered the show too “off brand” for audiences.

Whatever the reason, Beware the Batman is a rare television failure but a fascinating one. It deserves a little attention and critical reevaluation – because there’s a lot for Bat-fans to enjoy.

So here are 13 REASONS BEWARE THE BATMAN DESERVES A SECOND LOOK: 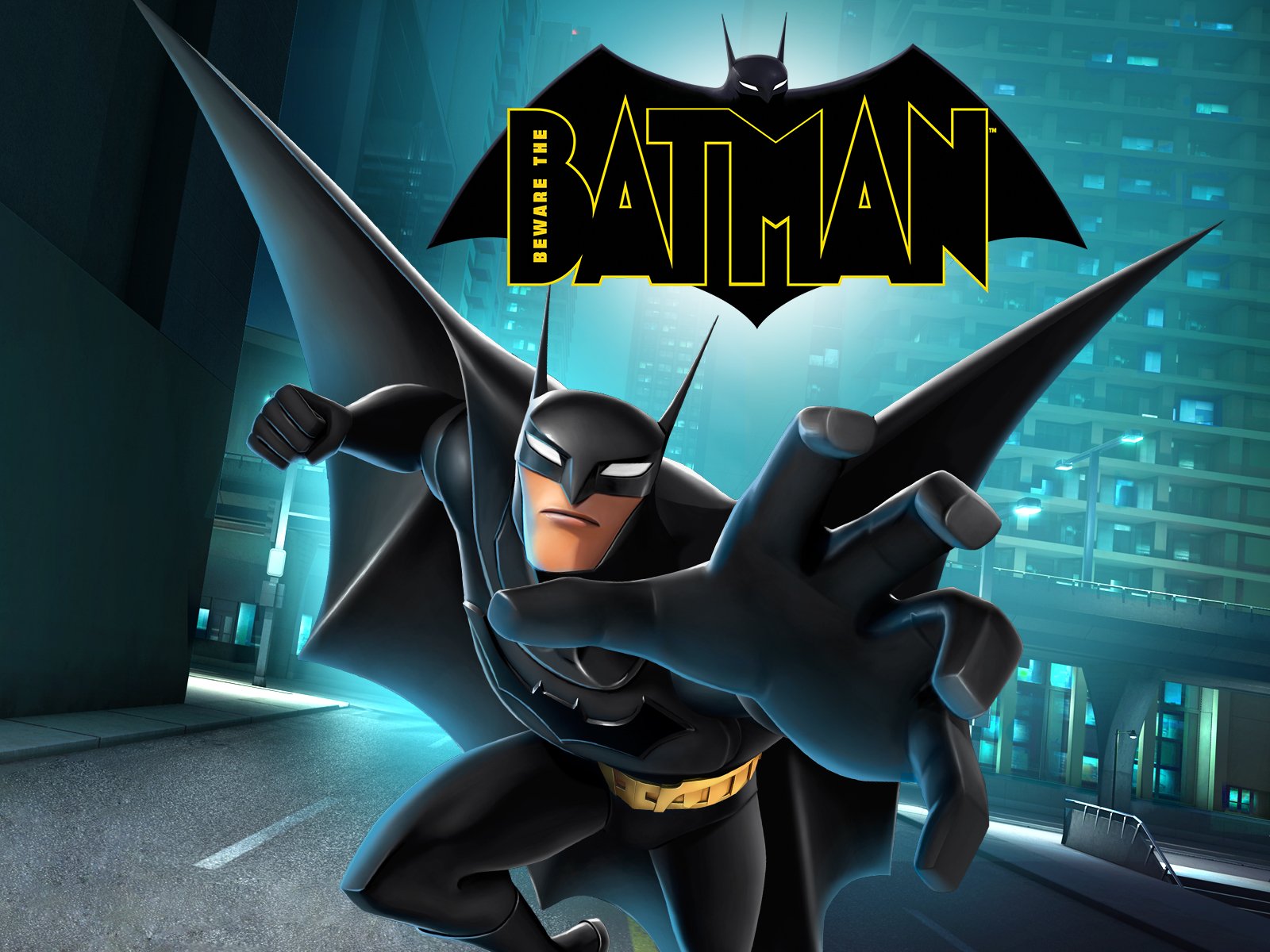 1. The decision to eschew higher profile Bat-villains for deeper cuts from the Rogue’s Gallery might have been a mistake, but it’s a bold one. Letting the Joker, Penguin and Catwoman sit out the series in favor of Tobias Whale, Lady Shiva, Deathstroke and others offers some much needed variety to the line-up. And it doesn’t necessarily affect the standard Batman tropes… 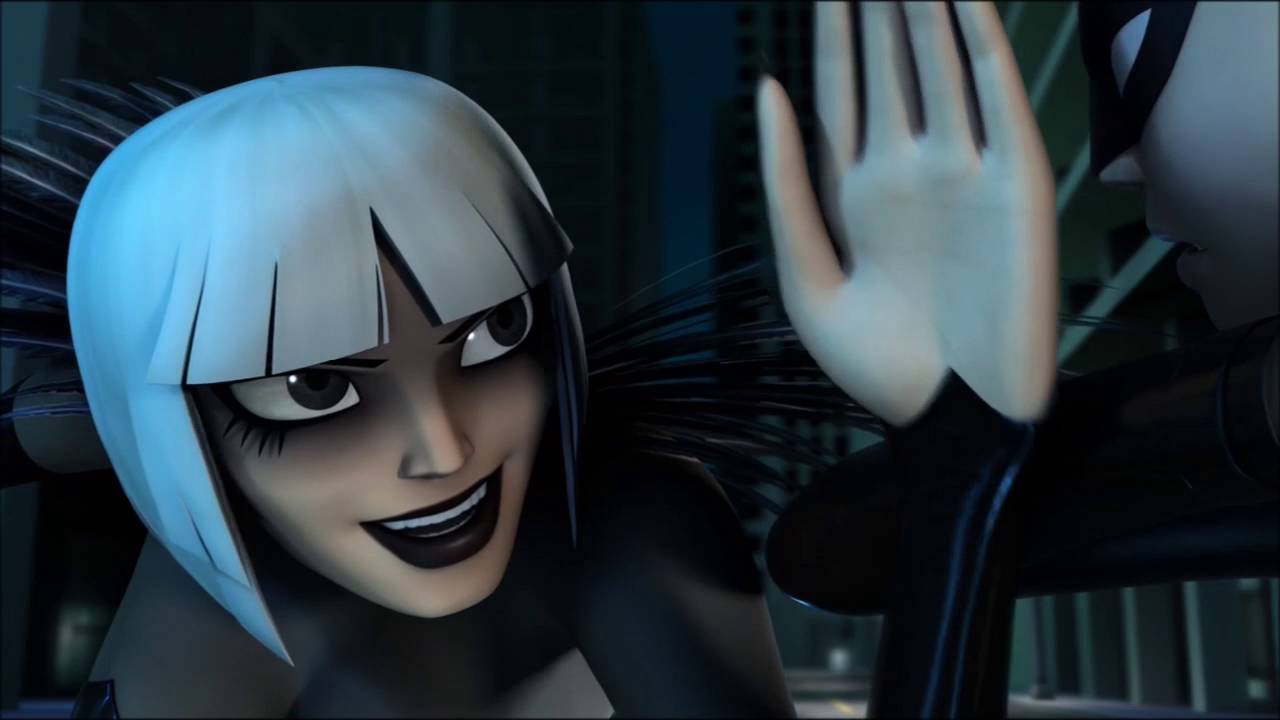 3. The character of Anarchy has never been as timely. Utilizing the character as the series’ main villain brings a nice touch of real politics to Gotham City.

4. Professor Pyg!! Could you ever imagine that there would be a Saturday morning home for a loopy Grant Morrison character — even one as heavily edited as this? Insanity!

5. The show put an important focus on Batman as a detective, not just as a slayer of multi-colored dragons. It was important to see Batman investigate because… 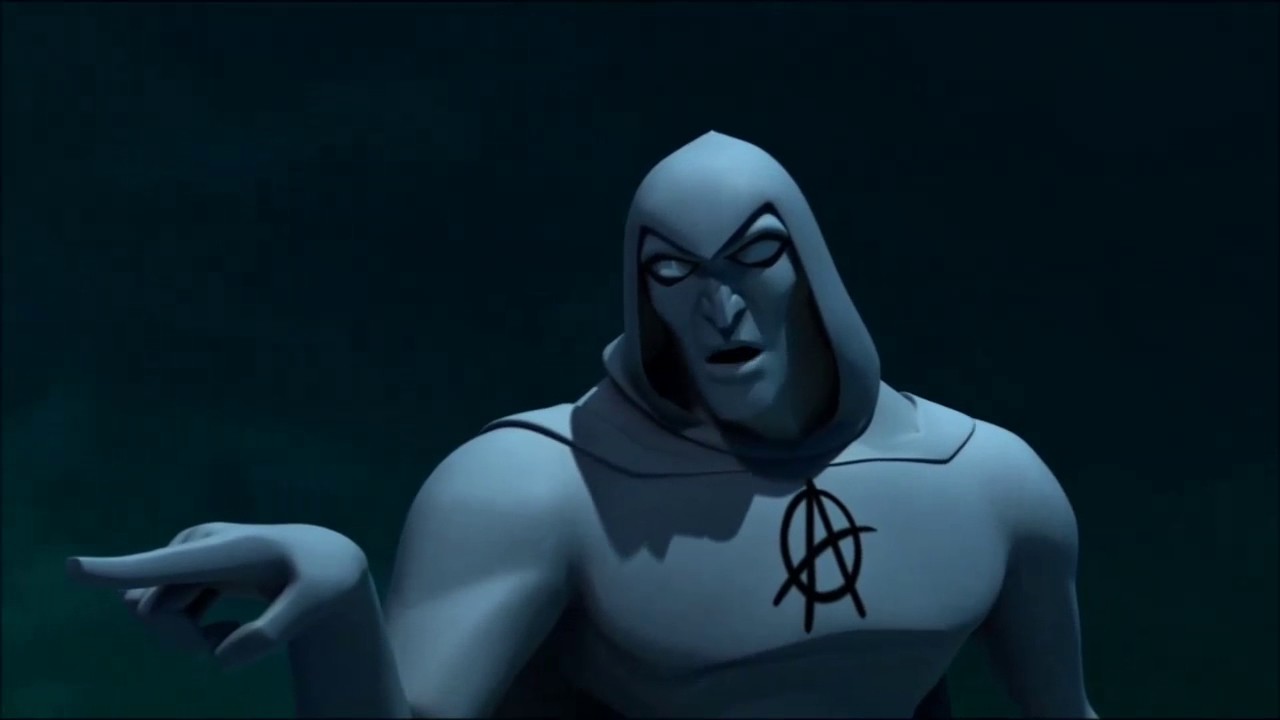 6. … the show took advantage of long-form storytelling and let events build slowly and carefully. Two of Batman’s better-known foes appear in the series eventually and they are gradually teased before they appear.

7. While the CG animation has its detractors, it makes for a very substantial Gotham City. There’s a real grounded feel to the architecture and layout of the city and Wayne Manor and its surrounding grounds have never looked so spacious.

8. The Gordon family dynamic of Jim and young Barbara is fun. The show builds a path for Barbara to become a crimefighter in her own right as Oracle, rather than Batgirl. Also… 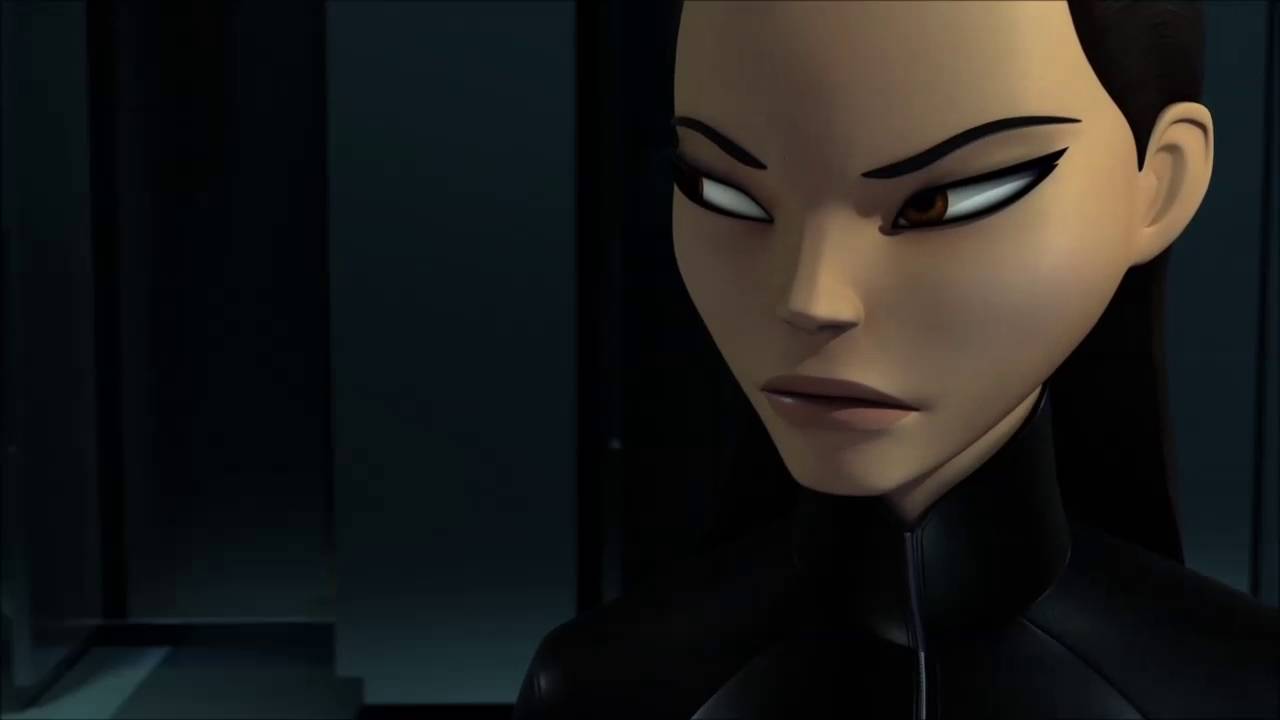 9. … the use of Katana as a partner for Batman, rather than the traditional Robin or Batgirl, gives Bruce less of a mentor’s role and gives him someone who can really challenge him. He takes it well because…

10. … the series features a very driven, yet somehow more relaxed Bruce Wayne than we’ve typically seen. The previous Batman cartoons portrayed the character as a tortured and rigid alpha male (to varying degrees), but this Bruce is depicted as just starting his journey and more open to collaboration. To that point… 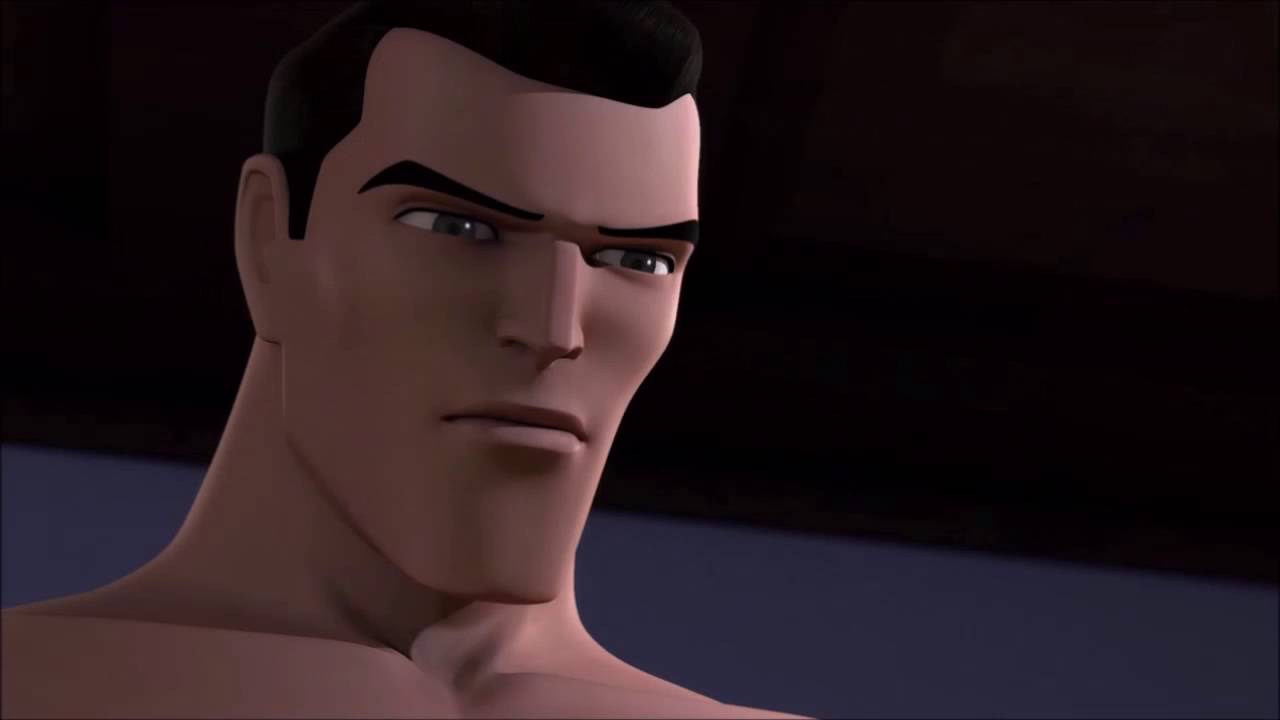 11. … the series slowly assembles Batman and the Outsiders. As a long-time fan of the classic comics series, I enjoyed seeing the pieces sliding into place. Satisfying, but not the lasting contribution to the mythos…

12. Alfred’s radical (and somewhat controversial) reinvention as a former MI6 agent and Bruce Wayne’s at-home trainer. Somehow, this version synthesizes Michael Caine and Sean Pertwee’s versions of Alfred and gives the mythology a version of the “faithful Butler” that’s less fatherly and more drill sergeant. A character with secrets that can carry his own storylines because… 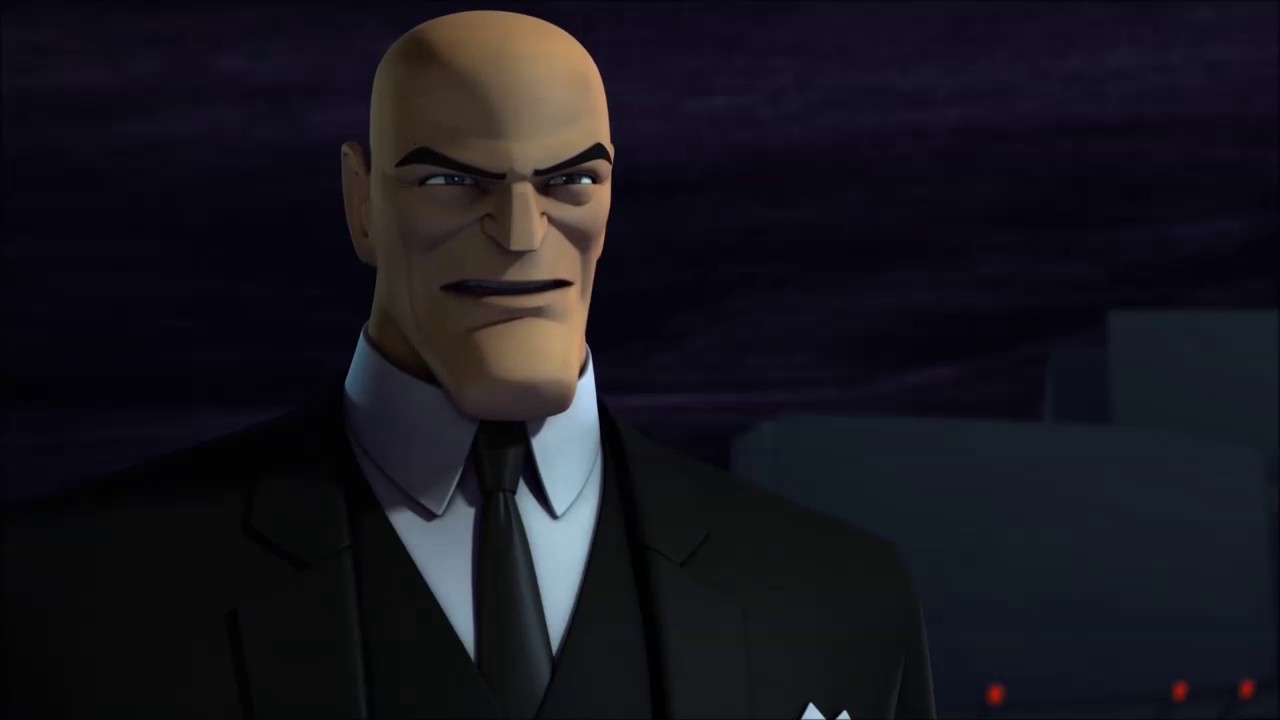 13. … it’s not all about Batman. Bruce Wayne, Katana, Alfred, the Gordons –all the characters have secrets and interpersonal dynamics that drive the stories. There’s a possible betrayal halfway through the season that carries real weight to it and has nothing to do with Batman. It’s messy and complicated. And deserves your attention.

— 13 of the Most Underrated BATMAN Covers Ever. Click here.