It’s also the only Batbook of the week. That’s not why I picked it, though.

At its best, Batman & Robin Eternal was a celebration of Robin — or all Batsidekicks and offshoots, really — addressing the eternal question of why a man who’s dedicated his life to protecting the innocent would willfully put the innocent in harm’s way. I can’t say the question was answered sufficiently, but I can say I don’t think it’s a question that really needs to be asked. Sometimes you don’t have to overthink things.

At its worst, the book was an overlong exercise that focused too much on characters that we were asked to care about — Harper Row, the new Cassie Cain, the new Spoiler — but were not given sufficient reason to. On the other hand, I liked Jason Todd more in this story than I probably have since before Crisis on Infinite Earths, when he was a completely different character. (Not that I’ll read his book or anything, but still.)

Even more than the thin story, the art was often subpar and seemingly rushed.

For a very long time, I wished for a Batman weekly comic. But two of them in rapid succession, with mostly good talent behind them, haven’t really done it for me. I think it’s too big a task to do properly. But hopefully, biweekly will be a lot smoother.

So even though this series had its moments, I’m happy to see it end — and with it, I hope, DC’s weekly publishing pretensions. Though something tells me DC’s not quite done yet. 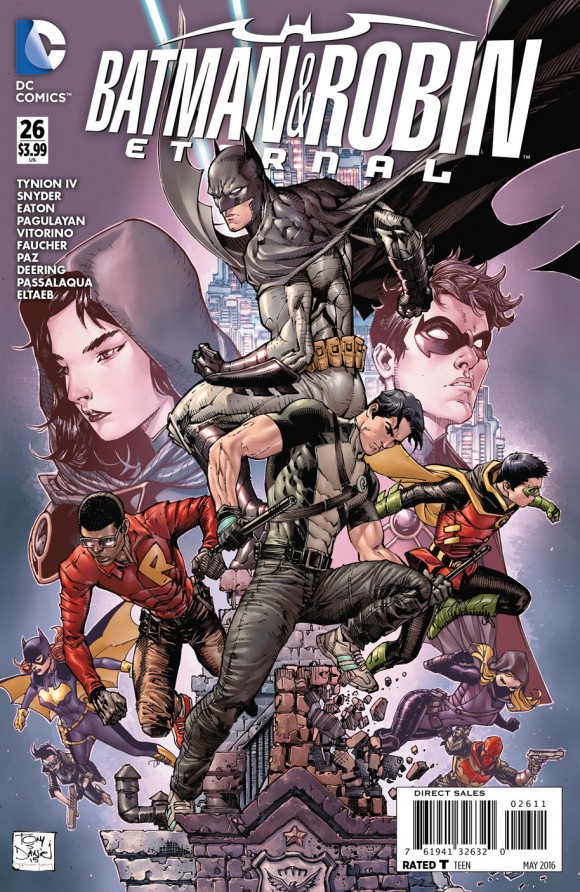