A format befitting a classic… 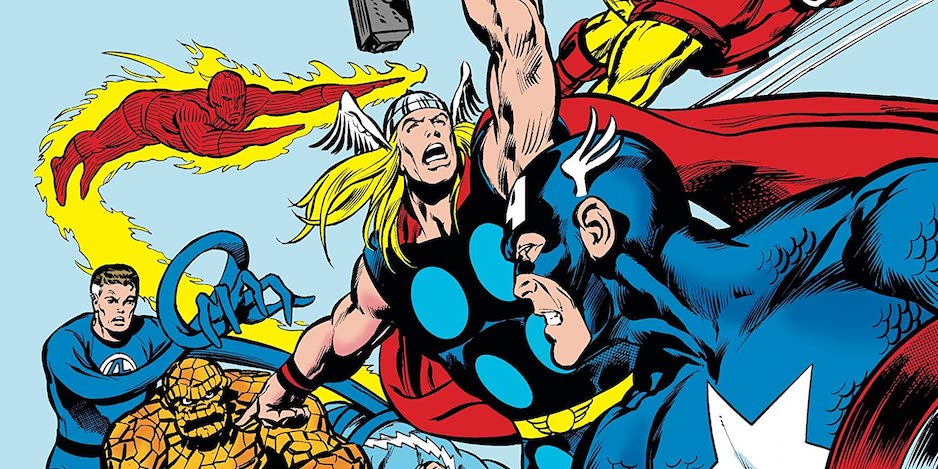 I dunno if you’ve checked Marvel’s latest solicitations, but there’s a doozy in there: The Avengers: Kree/Skrull War Gallery Edition by Roy Thomas and Neal Adams is coming in 2023 in all its oversized — 9 1/4″ x 13″ — glory. 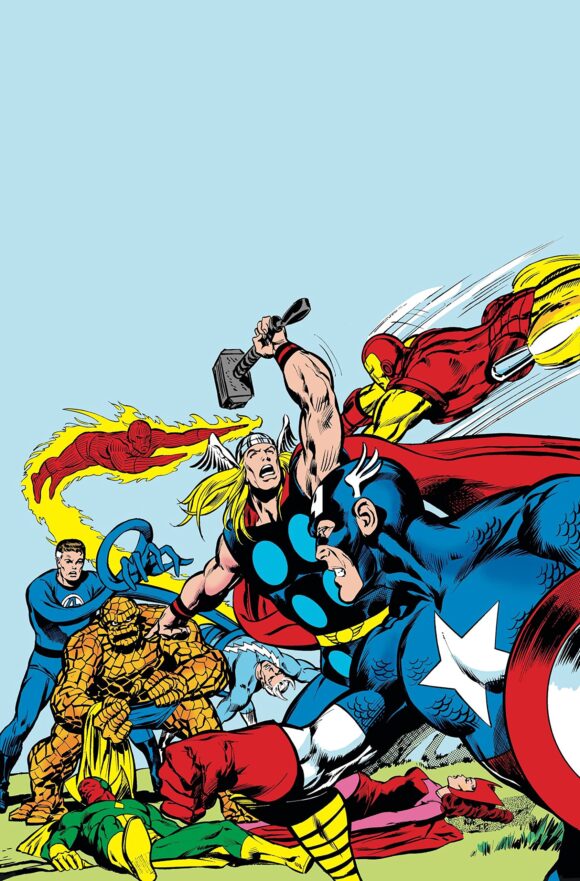 Placeholder art from the cover of Avengers #93

An all-time cosmic classic and one of the most important Marvel stories ever told! The galaxy is rocked by a conflict of star-spanning proportions — with Earth caught in the crossfire! The eternal intergalactic enemies, the merciless Kree and the shape-changing Skrulls, have gone to war — and our planet is situated on the front lines! Can Earth’s Mightiest Heroes bring about an end to the fighting before humanity becomes a casualty of war? And what good are even a dozen super-powered champions against the vast military machines of two of the great empires of the cosmos? The key to victory lies with the expatriate Kree Captain Mar-Vell and his human host, honorary Avenger Rick Jones! Collecting AVENGERS (1963) #89-97. 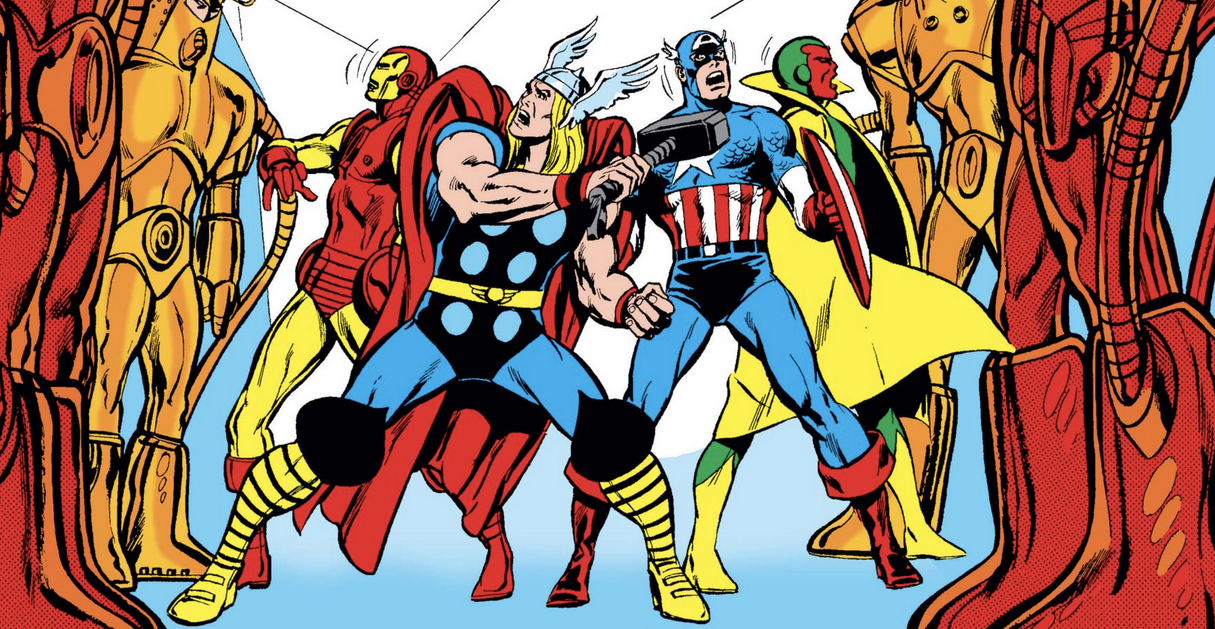 — I am getting this for sure because (don’t hit me!) the Kree-Skrull War is one of my gaps and if I’m gonna read it, I wanna read it all big-like and whatnot because of the fab art and cosmic scope. Gallery Editions are just a tad smaller than the classic Bronze Age treasury editions. Groovy!

— I’m really looking forward to seeing this double-page spread by Neal Adams and Tom Palmer in such a lush edition: 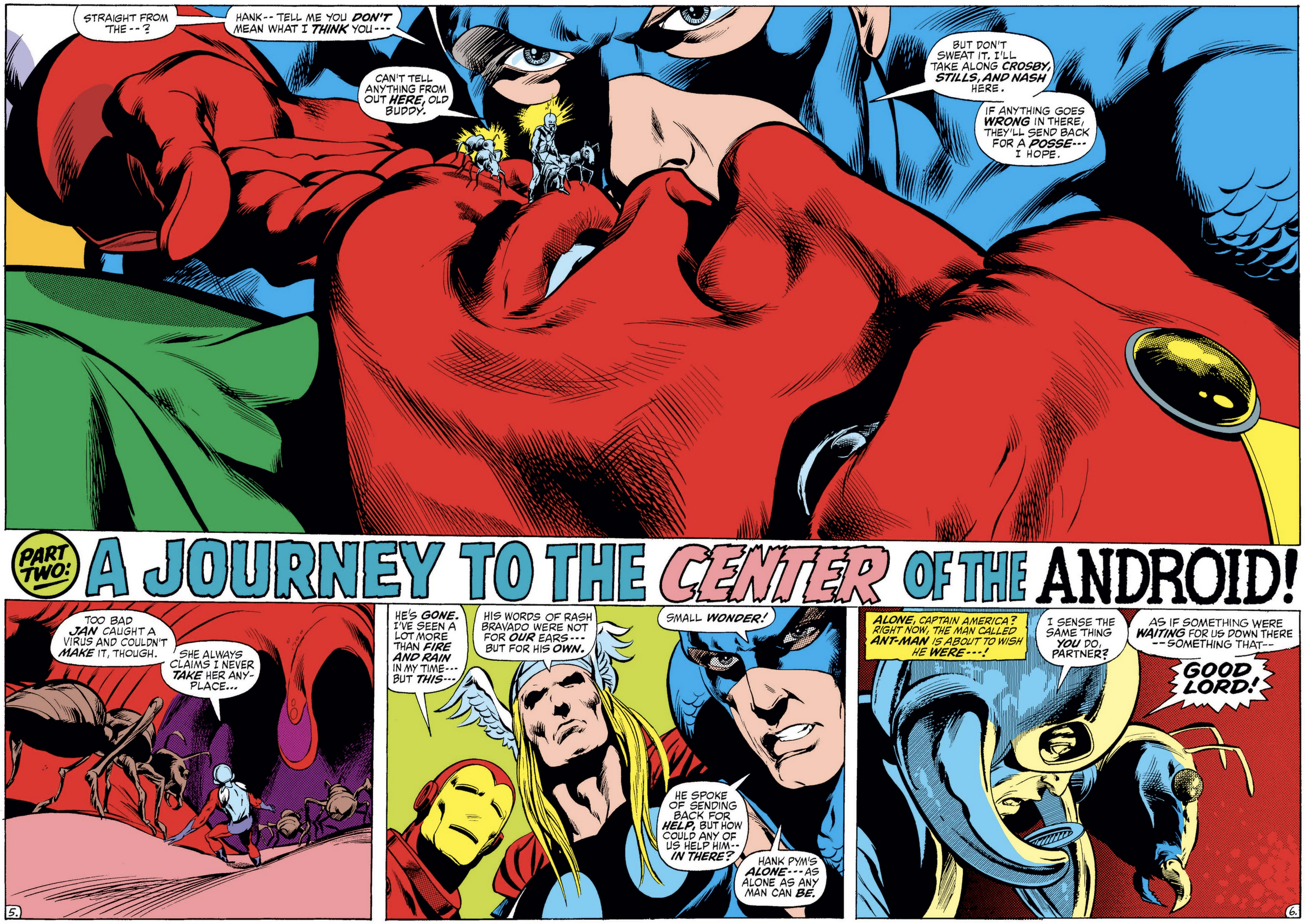 — NEAL ADAMS: Not Only Was He a Legend — He Was a MARVEL Too. Click here.