EXCLUSIVE FIRST LOOK: The artist walks in the footsteps of the King… 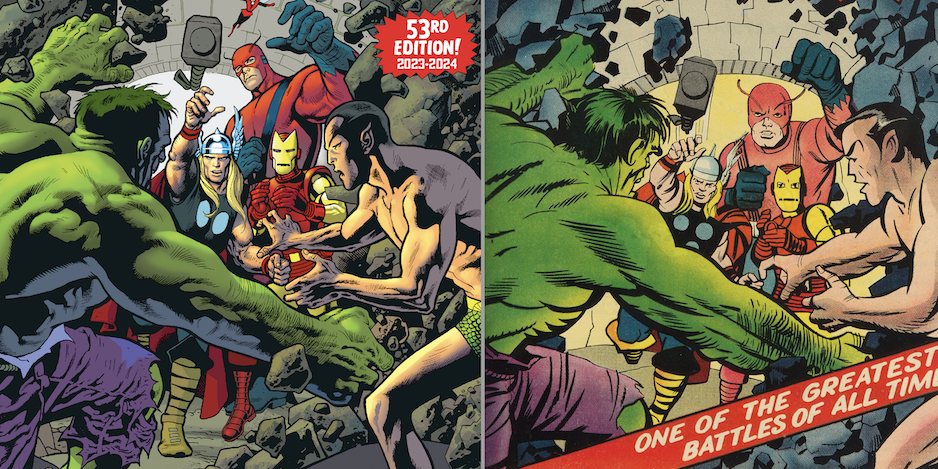 I dig tribute covers — especially when they’re done by someone with such mad skills as Kevin Nowlan.

Good thing, then, that we can bring you this EXCLUSIVE FIRST LOOK at Nowlan’s cover for the upcoming 53rd edition of The Overstreet Comic Book Price Guide — a riff on Jack Kirby’s The Avengers #3 cover. 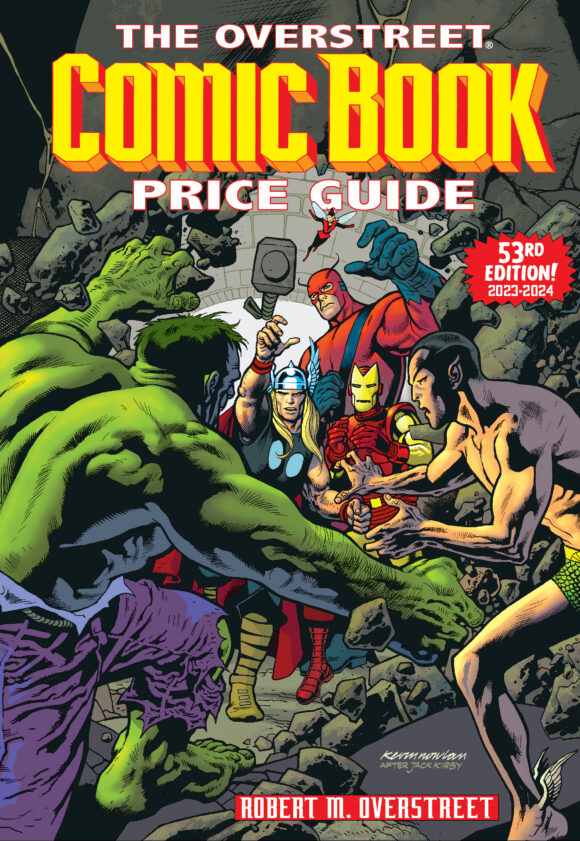 And check out Kirby’s original (inked by Paul Reinman): 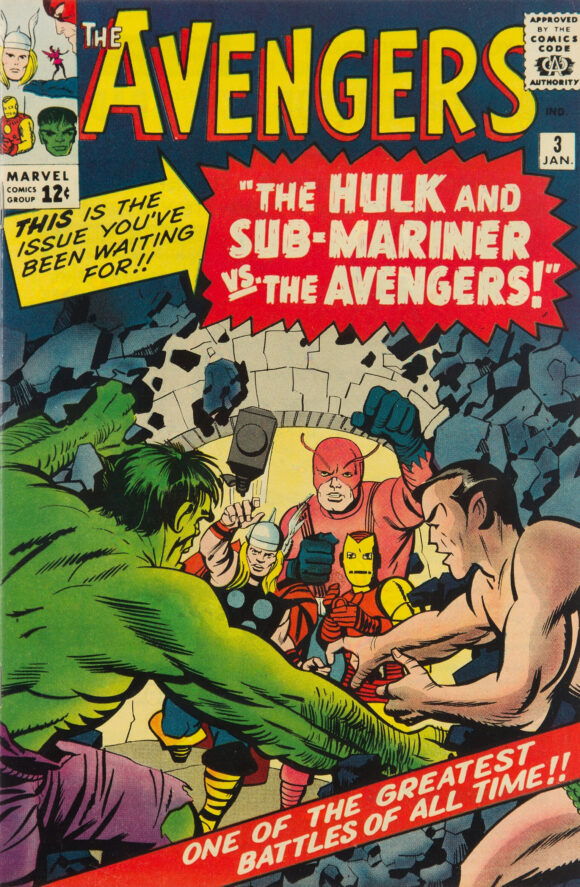 “I obviously had a lot of fun drawing a new version of The Avengers #3 cover for this year’s edition of The Overstreet Comic Book Price Guide,” Nowlan said. “Jack Kirby’s covers were always solidly constructed so I only departed a little from his basic layout. They don’t call him the King for nothing! On the other hand, I felt obligated to contribute something, so I tried to play up the shadows and lighting effects. I also moved the camera back a bit so we can see more of the Hulk and Subby, as well as fill up more of the vertical space. We thought the Wasp should be included since she was a member of the Avengers at that time, so we squeezed her in over Giant-Man. This piece was just a joy and an honor to draw. I hope you folks like it as well!”

The edition is due to hit comics shops July 19 and this cover will be available in both hardcover ($44.95) and softcover ($34.95) formats. The hardcover will be a Previews exclusive and only offered in comic shops, while the softcover will also be available at traditional booksellers. (You can pre-order now, directly through Gemstone Publishing. Click here.)

This is Nowlan’s second Overstreet cover. He previously homaged Marvel Feature #1, the first appearance of the Defenders, for the Hero Initiative edition of The Overstreet Comic Book Price Guide #50. 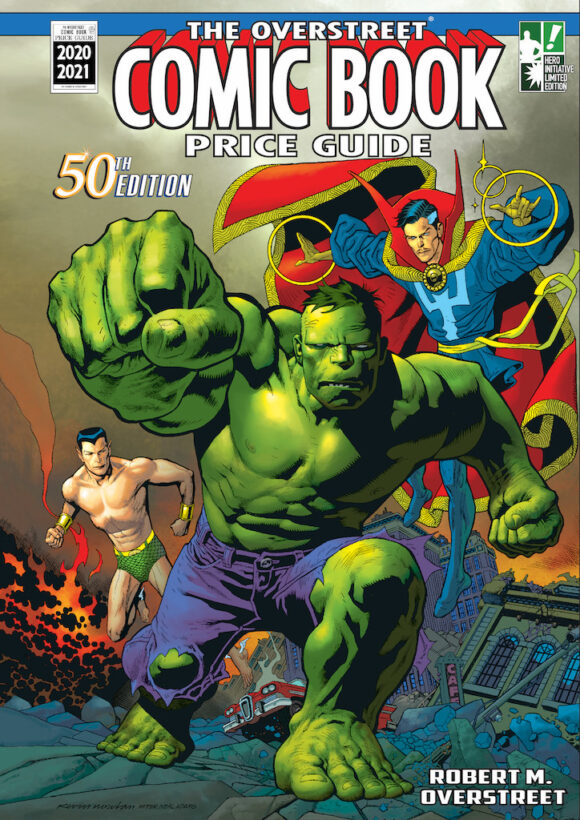 “As soon as we saw Kevin’s beautiful cover for CBPG #50, we knew we wanted to work with him again and get him on one of the covers with a wider release,” said J.C. Vaughn, vice-president of publishing for Gemstone. “There is something, well, incredible about how he illustrated and colored the Hulk, so that made suggesting this Avengers cover a snap. And as much as we thought we knew what to expect this time, he blew us away once more.”

This edition of the guide celebrates the 60th anniversaries of the Avengers and the JLA/JSA crossovers. It also includes a look at the advertising comics of R.F. Outcault, creator of the Yellow Kid and Buster Brown.

By the by, Gemstone recently announced that artist David Michael Beck did the cover for the limited edition, oversize version of the guide — The Big, Big Overstreet Comic Book Price Guide #53, which will also go on sale July 19, exclusively in comics shops (though you can also order through the publisher.) 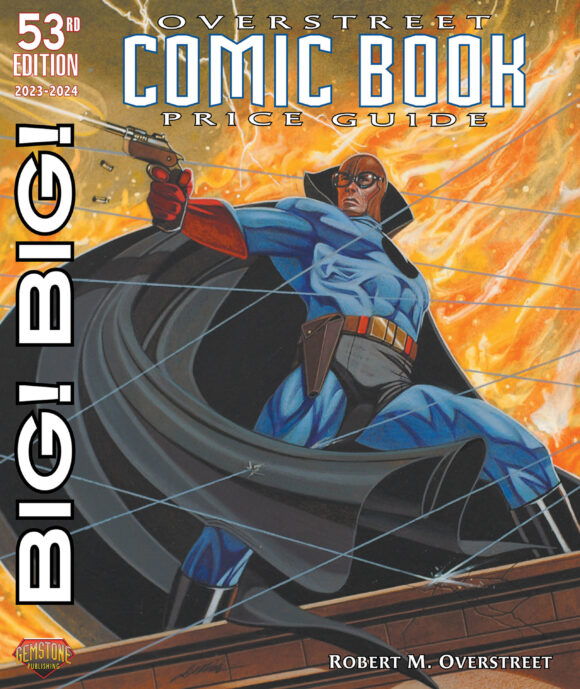