The TOP 13 OVERSTREET PRICE GUIDE Covers Ever, by JOE JUSKO 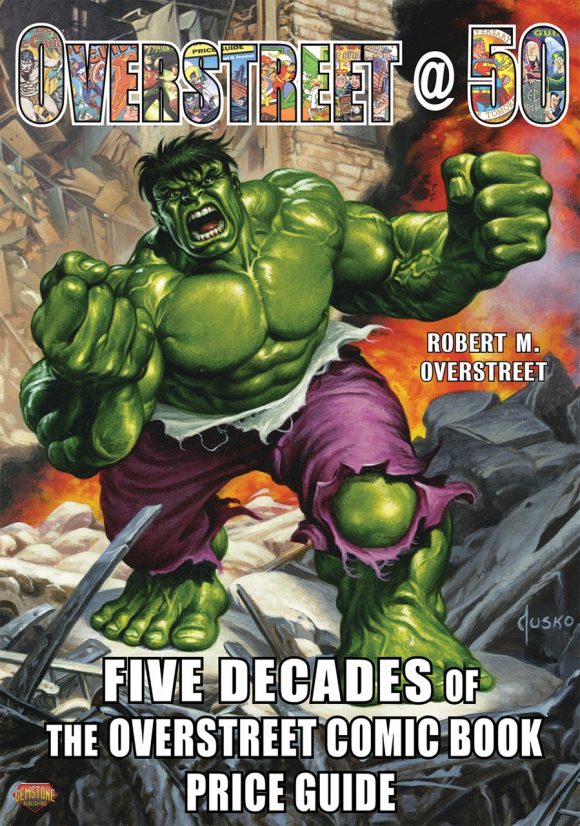 I remember the first time I saw the Overstreet Comic Book Price Guide: It was at the first comics shop I ever saw, in Highland Park, N.J.

And the first edition I ever owned had a cover by Bill Ward that sent my pre-adolescent pulse a-racing.

Little did I realize at the time that Overstreet’s covers were A Thing of their own – with so many of the industry’s best artists ultimately making contributions across five decades. 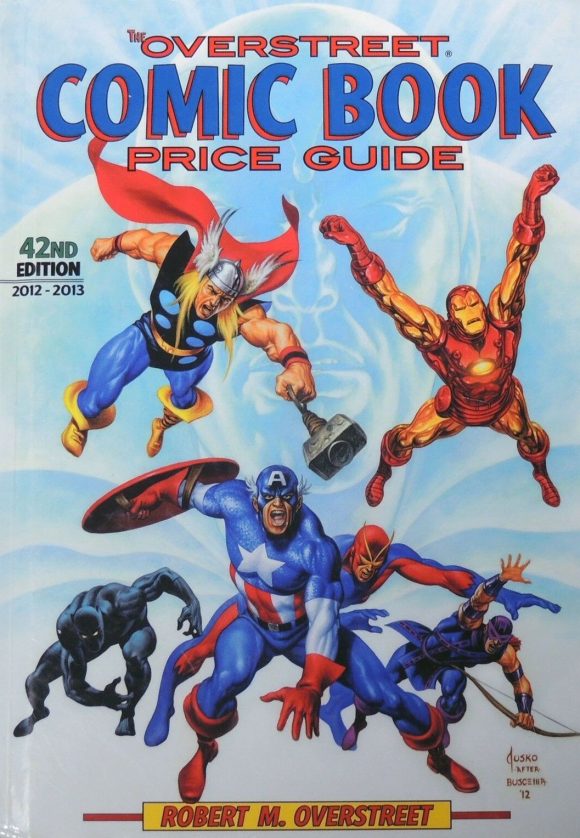 Famed fantasy and superhero painter Joe Jusko is a fellow traveler when it comes to Overstreet and he’s the cover artist for Overstreet@50, a lushly illustrated 50th anniversary retrospective of the Guide’s substantial impact on the comics world. (The book, in both hardcover and softcover, is due Nov. 4. It includes a complete cover gallery — including variants — natch.)

So it only made sense for Joe — who has also done Price Guide covers — to pick THE TOP 13 OVERSTREET PRICE GUIDE COVERS EVER. 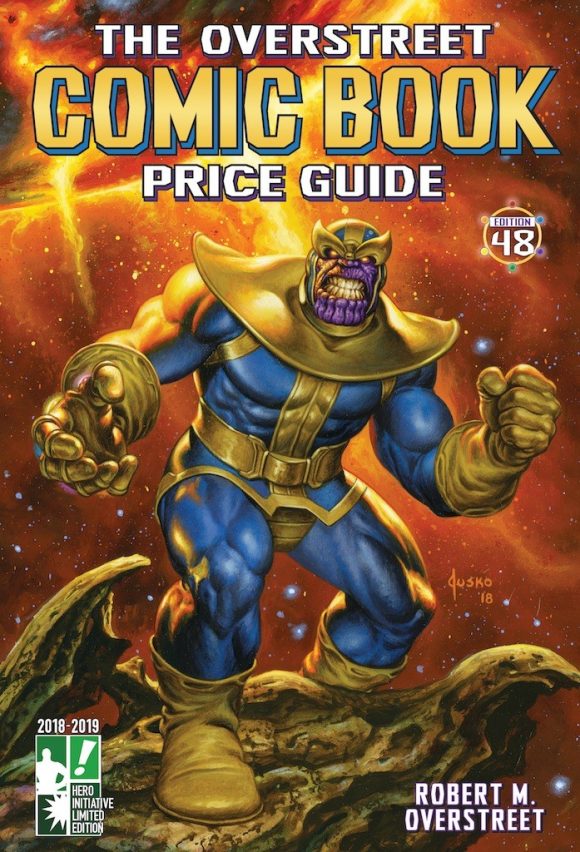 Ever since I was a kid working in a New York City comics shop, I’d known that you had to be seen as one of the most respected artists in the industry to make the cover of the Overstreet Comic Book Price Guide.

Each new edition proved it: Kubert, Eisner, Barks, Wood, etc., all the way through to the greats of today. When I was chosen for a cover a few years back I could not have considered it a greater honor to join the pantheon of supreme talent that came before me. To be asked a second time was truly humbling.

Picking only 13 favorite covers is gonna be tough, but here goes nothing! In chronological order:

1. Price Guide #5. While still in high school in 1975 I started working for a store called Black Star Comics in NYC. The first Price Guide I ever saw was #5 with the superb Joe Kubert Tarzan cover, celebrating the 100th birthday of creator Edgar Rice Burroughs. Being a fan of DC’s comics series, that cover has been seared into my brain ever since. I was thrilled to see the original some years back at the grand opening of the Geppi Museum in Baltimore. As iconic a Kubert Tarzan as one will find. 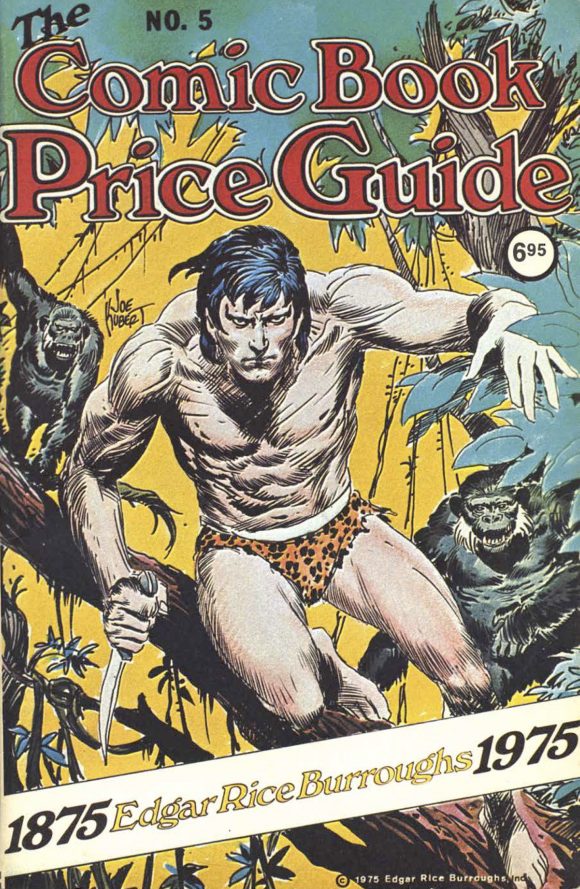 2. Price Guide #7. I have to admit I had no idea who Carl Barks was by name at that point, but I was (and still am) so taken with his realistic rendering of the normally 2D funny animals. It boasts a great color palette with a subtle message that is still relevant today. 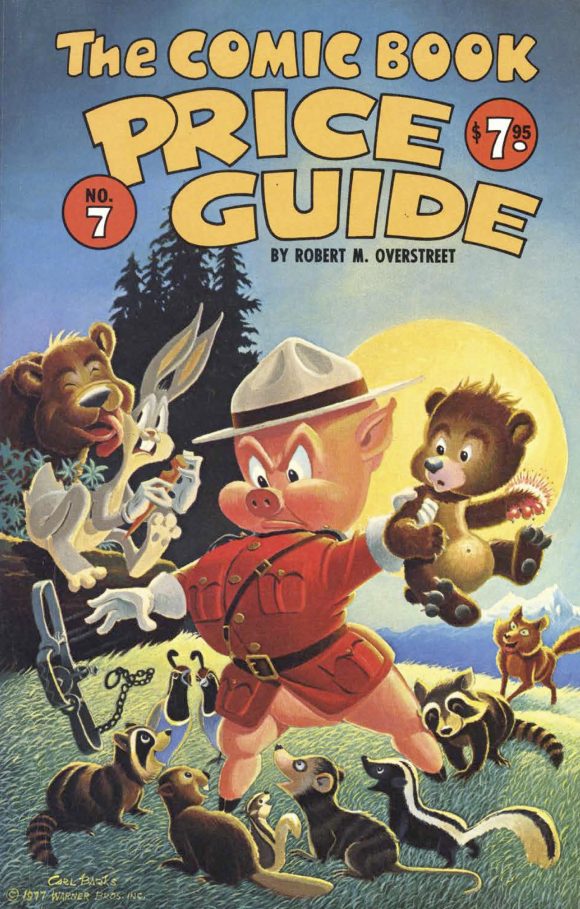 3. Price Guide #8. I remember seeing Bill Ward’s cartoons some years earlier in a few men’s magazines my friend had, but this cover was the first time I realized he was actually a name in the comics industry. There was no internet back then and very little fan press so my knowledge of anything published before the Silver Age Marvel books I collected was practically nil. This would have been my introduction to the original Good Girl comics of the Golden Age, as well. I subsequently picked up a few of his Torchy issues that I think I still have packed away somewhere. 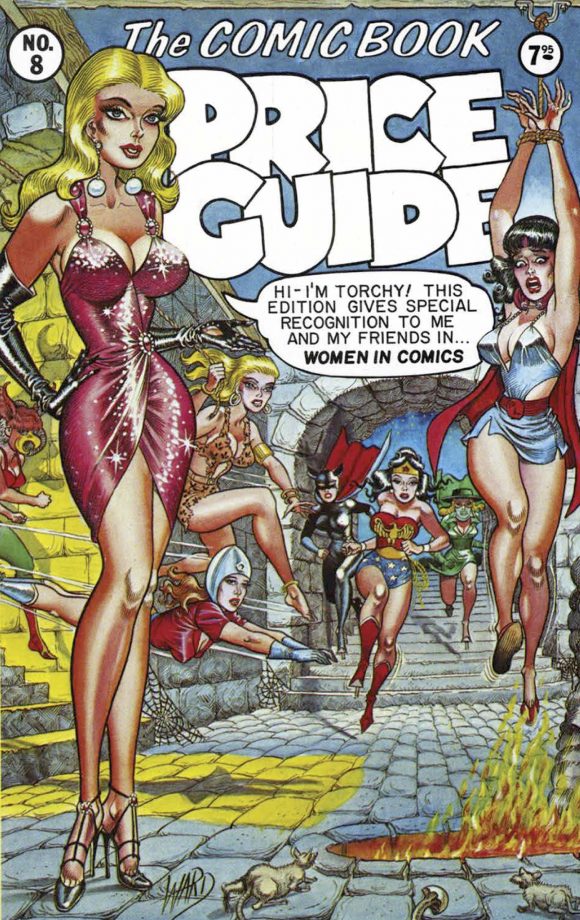 4. Price Guide #12. The defining face of Mad Magazine, it was great to see Norman Mingo on a Price Guide cover. The best thing about the Price Guide is that no artist or genre is overlooked and it’s always a treat to see the theme chosen each year. 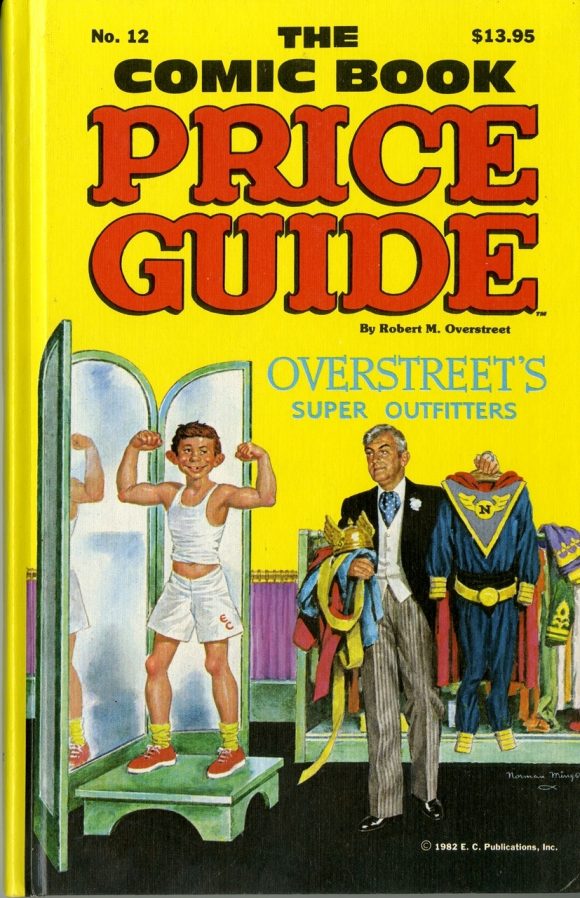 5. Price Guide #16. I was so much more a Marvel kid than DC, so seeing a 25th anniversary Marvel cover was really cool. John Romita has always been one of my favorite artists and I don’t think he gets anywhere near enough credit as a brilliant cover artist. His Spider-Man run is definitely among the best ever. I’ve always found his painted work interesting as it’s a comics art/illustration hybrid, of sorts, and is always extremely pleasant to look at. 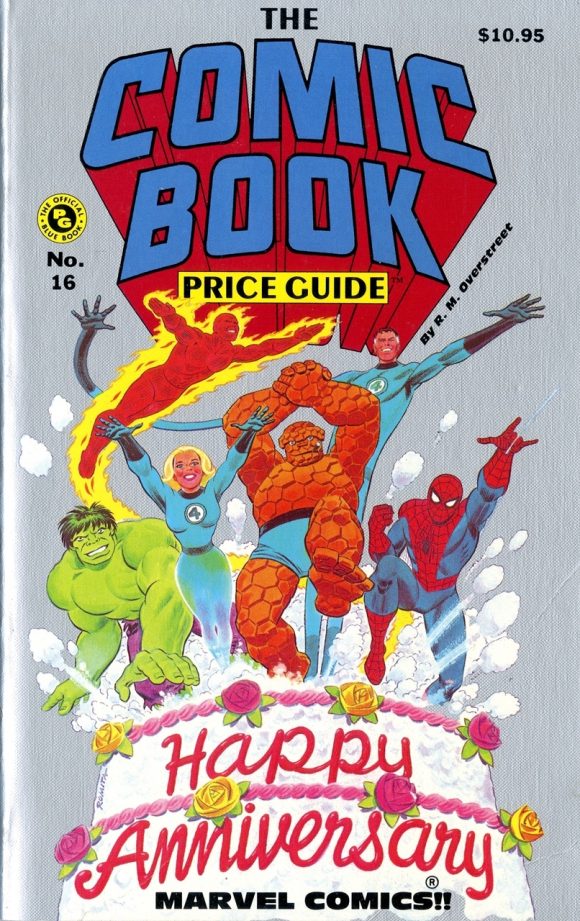 6. Price Guide #27. The first of a string of great Alex Ross covers. While other painted comics characters still look “comic-booky” in nature, Alex has an unnatural ability to envision them as real people, which makes his work look less like comics than moments captured on film. His obvious love for those characters shines through in every piece and his uniquely realistic style justifiably has made him a fan favorite. 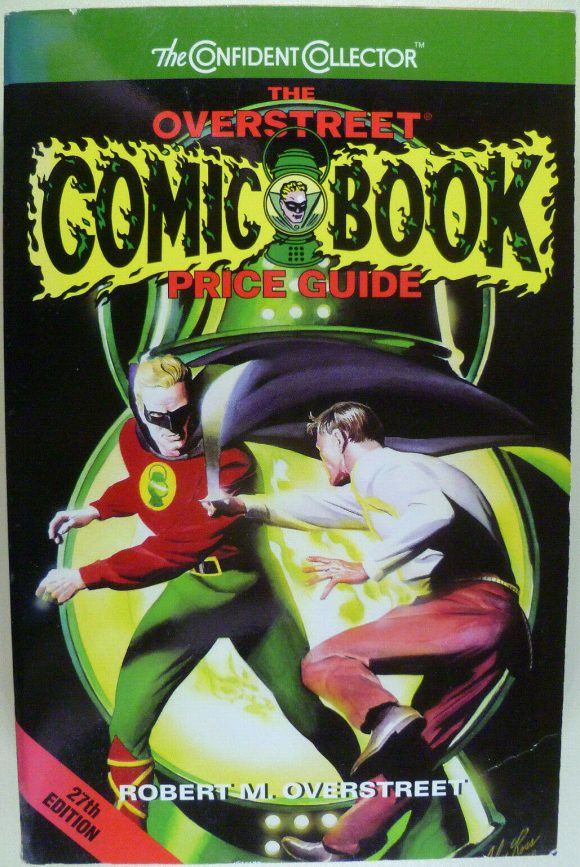 7. Price Guide #30. Ever since I saw an ad Al Williamson drew in one of the earliest issues I had, I wanted to see a cover from him. Al drew a piece that pretty much encapsulates everything a Williamson fan like me would want to see. A definitive Al Williamson illustration. 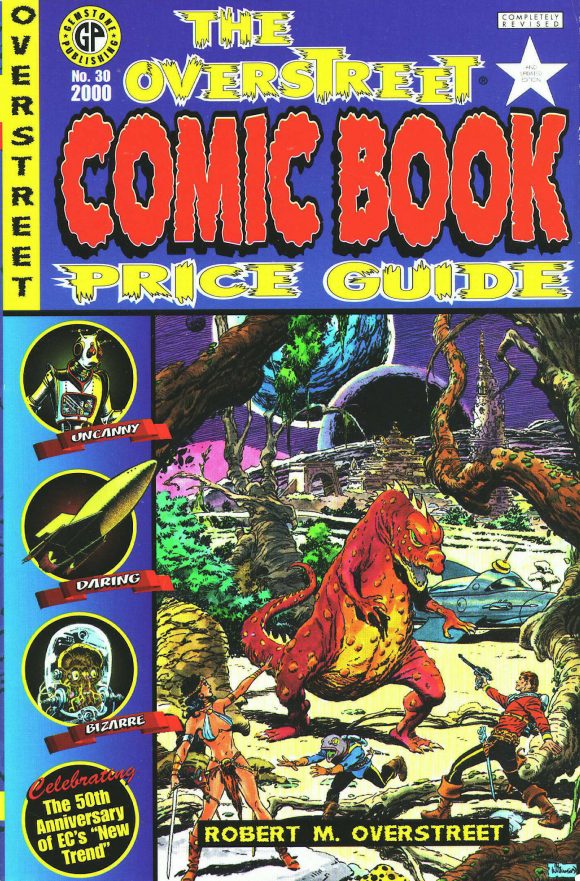 8. Price Guide #42. The undisputed king of Good Girl art, Adam Hughes combines the drawing chops of Andrew Loomis with an approach to color that makes me nothing less than envious. This Catwoman cover is pure AH! magic that showcases his impeccable design sense, as well as his innate ability to elevate a standard pinup by telling a story that automatically engages the viewer. Adam is one of the few guys working today whose work never fails to awe and inspire me. 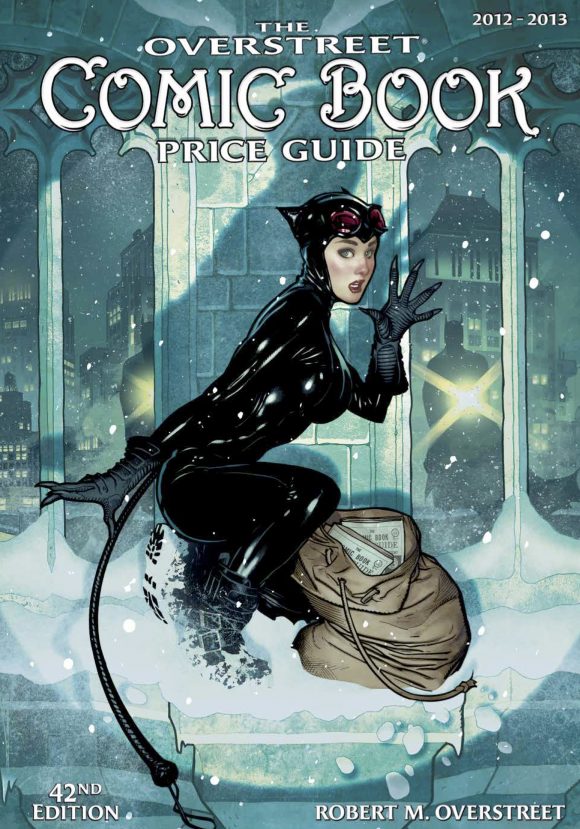 9. Price Guide #45. Widely considered the best cover artist working today, with an unparalleled sense of graphic design, Dave Johnson out-Eisners Will Eisner here with a contemporary take on the patented trope of integrating the title and copy into the actual illustration while making it look retro and period at the same time. 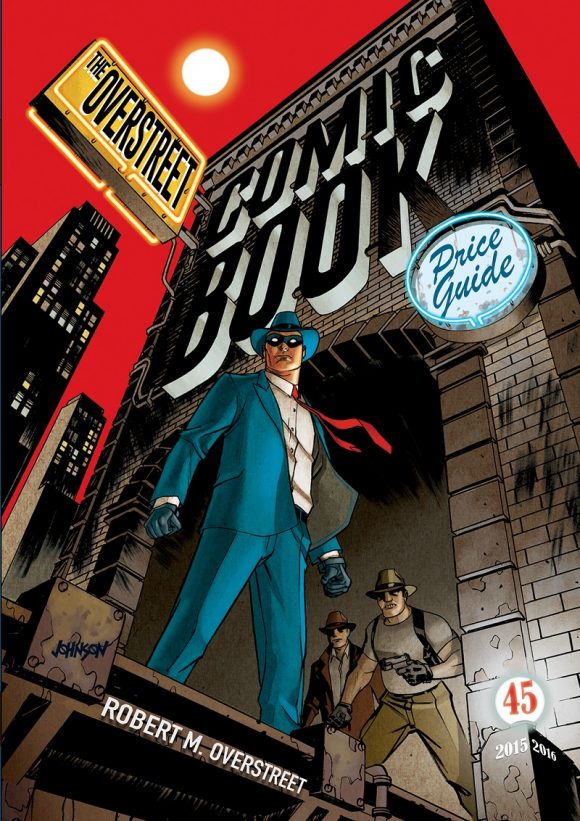 10. Price Guide #45. Captain Action was my favorite toy (ahem, action figure) when I was a kid. I loved the five-issue DC Comics series by Wally Wood and Gil Kane and was thrilled when I was asked to be the official box-art artist for the toy line several years ago. Everything about Paul Gulacy’s cover makes me smile. Paul’s expertise at spy and action drama made him the perfect choice for this cover and his movie poster approach makes me want to see this movie made today! 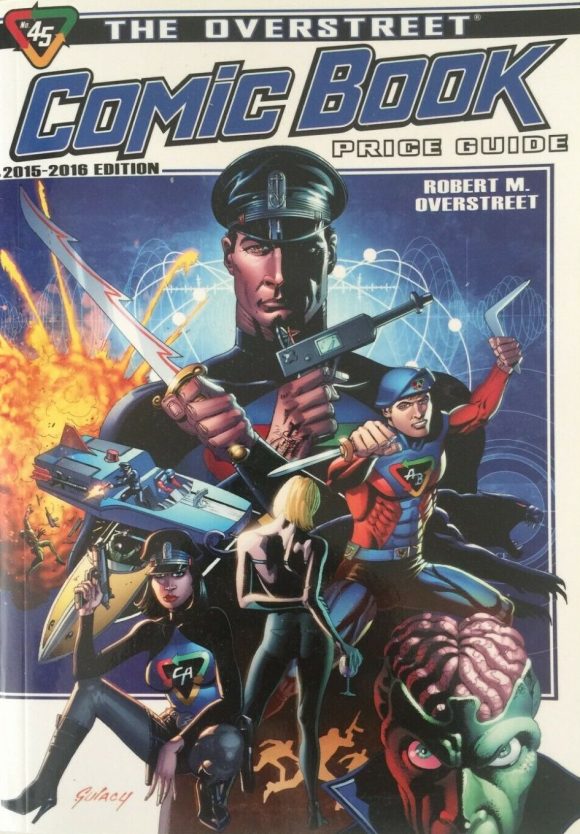 11. Price Guide #46. I’ve been a fan of Amanda Conner’s work since we first met 25 years ago. She combines superb figure work with a whimsical twist and wry sense of humor unique to her in every way. Those closest to her always knew how good she was and it was only a matter of time before everyone else finally caught on. Hard to pick only one example, but this is just a terrific cover image(s) with the usual masterful color by Paul Mounts. 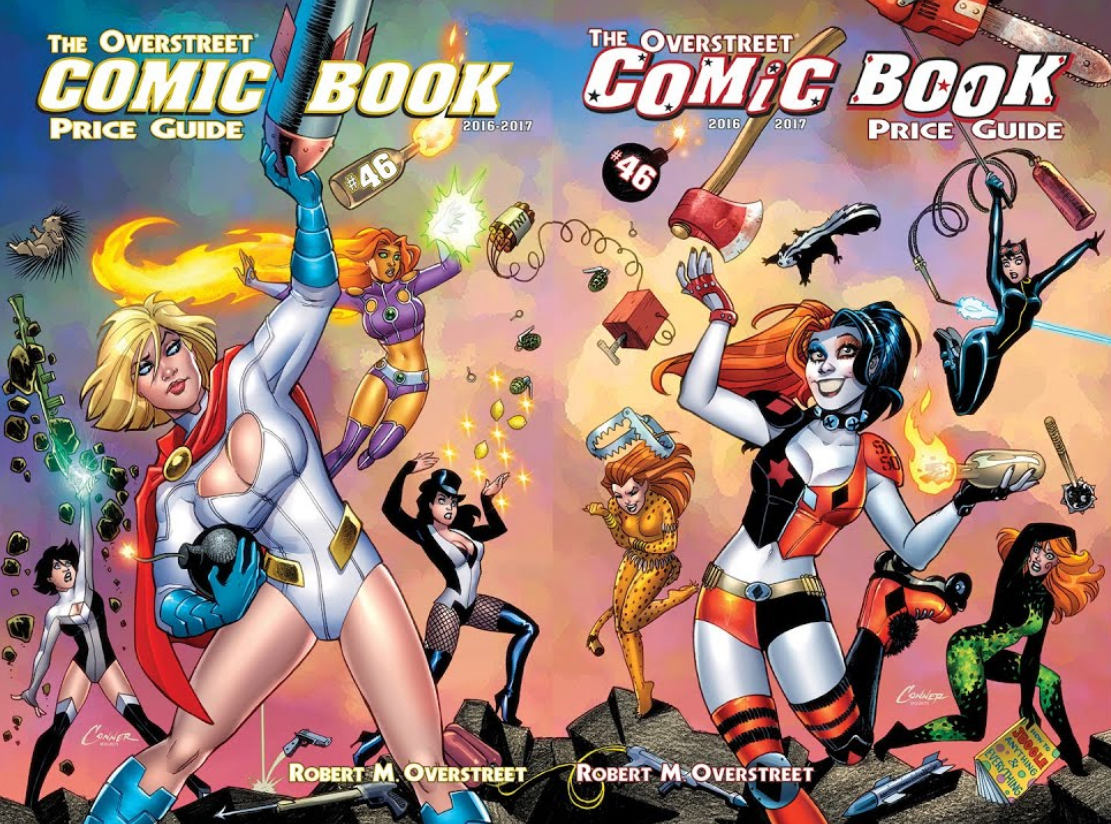 12. Price Guide #48. The 1968 Planet of the Apes is one of my favorite films and Ryan Sook is one of my favorite artists (his Kamandi pages from Wednesday Comics are mind boggling) so how do I not pick this cover? If it wasn’t a Price Guide cover it could be the cover to a box set of the original film series. Everything about this piece makes me want to watch those movies. 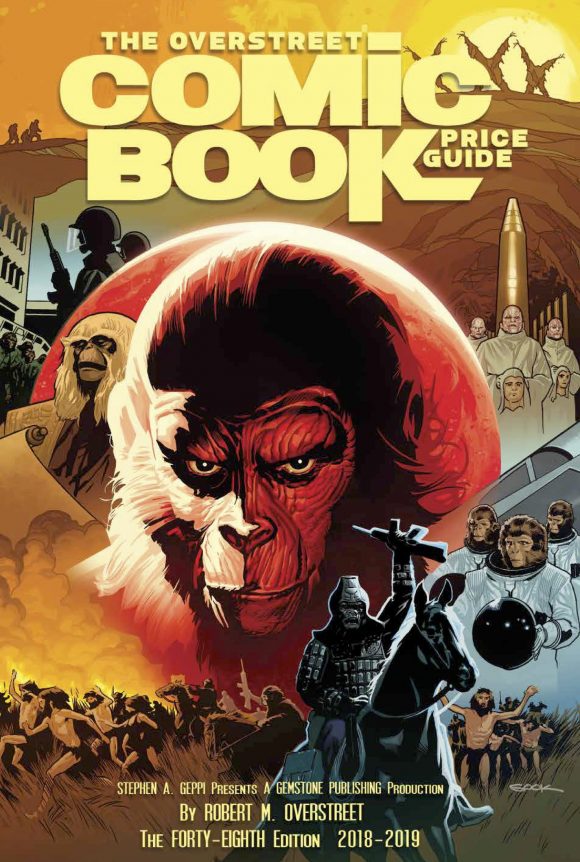 13. Price Guide #50. Holy crap, do I love this cover!! I was actually disappointed when I got my comp copy and it wasn’t this variant! I’ve loved Kevin Nowlan’s work forever and if anyone was ever going to rival the great Neal Adams’ Defenders cover from Marvel Feature #1 it was of course going to be Kevin. I’ve always thought he drew one of the best Hulks around and this just proves it! 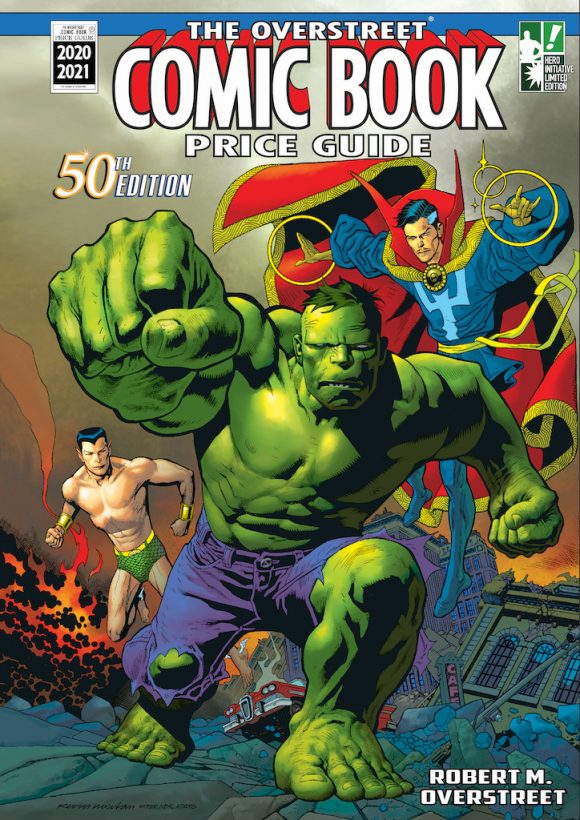 Overstreet@50 is due Nov. 4. The softcover lists for $20 and the hardcover lists for $30. It will be available at comics shops and booksellers but you can also order it directly from Gemstone Publishing. Click here.