An ANNIVERSARY TRIBUTE to the Pooch of Steel! 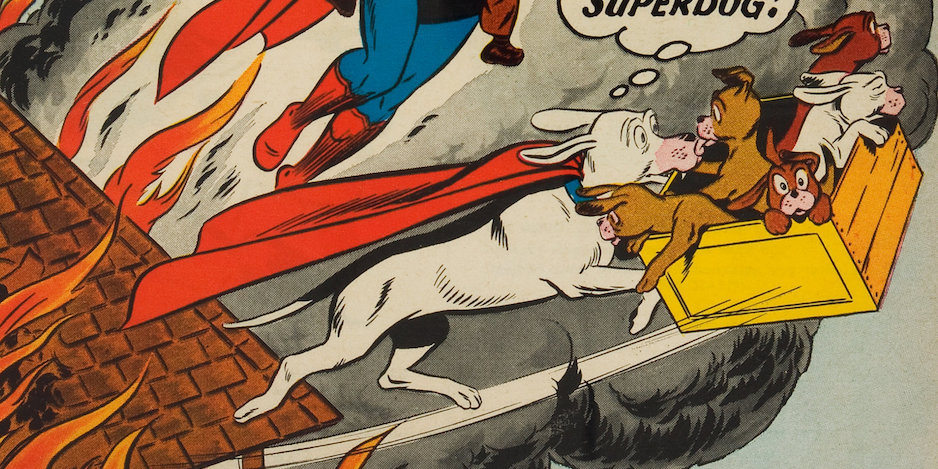 Is there any creature on this earth that is capable of providing as much complete unconditional love as a dog can for its human? And vice versa? And was there ever as much love on two planets as Krypto showed for Kal-El?

In his first appearance, Adventure Comics #210 (March 1955), which went on sale 68 years ago on Jan. 25, 1955, he was shown as a puppy on Krypton before it exploded, pet to baby Kal-El, but Jor-El used Krypto in a test rocket with the expectation it would return safely with the pup unharmed. However, a meteor knocked the rocket off course and it was diverted into space where, after many years, it flew into Earth’s orbit and landed a short distance from Smallville. It was also an important connection for Superboy because, until that moment, he felt he was the only survivor of his home planet. They were reunited and so began years of love between Superboy and Krypto.

After years away romping in space, Krypto returned to Earth in Superman’s Pal, Jimmy Olsen #29 (June 1958) to find the grown Kal-El for the first time, but the canine was now old and not as well as he used to be. Superman took Krypto to another planet which contained special water that returned years to the life of the Superdog and the rejuvenated pooch came back to Earth.

Flash forward through many more adventures. Cat Stevens once sang “I love my dog as much as I love you. But you may fade, my dog will always come through.” That certainly applies to Krypto and his human, Superman. In Action Comics #583 (Sept. 1986) — Part 2 of “Whatever Happened to the Man of Tomorrow?” — the final issue of the Superman so many of us baby boomers grew up with, Krypto joined Superman for the very last time and sacrificed everything for him.

Though he was described by others in his first appearance as “a mutt,” “a funny looking pooch,” and “a mongrel,” Superman would likely call him his best friend and the noblest canine of all.

Here are 13 TIMES KRYPTO WAS A VERY GOOD BOY: 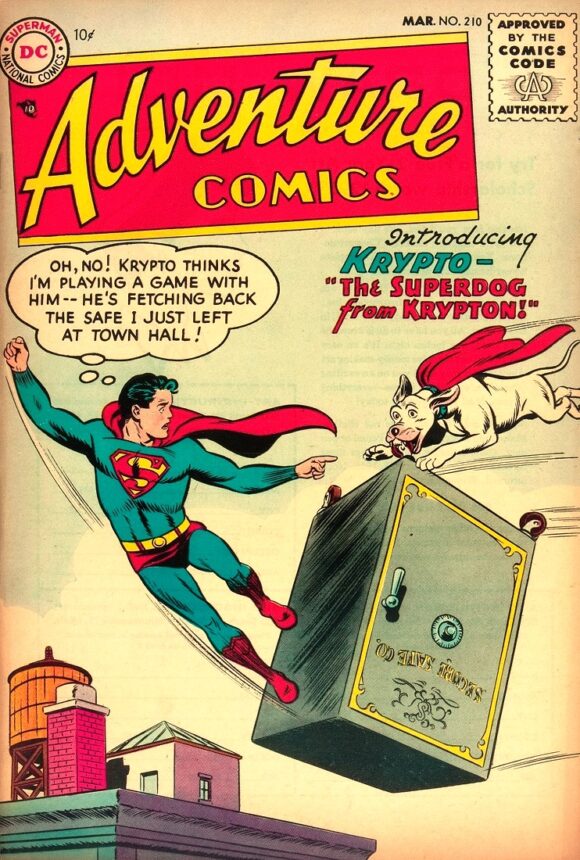 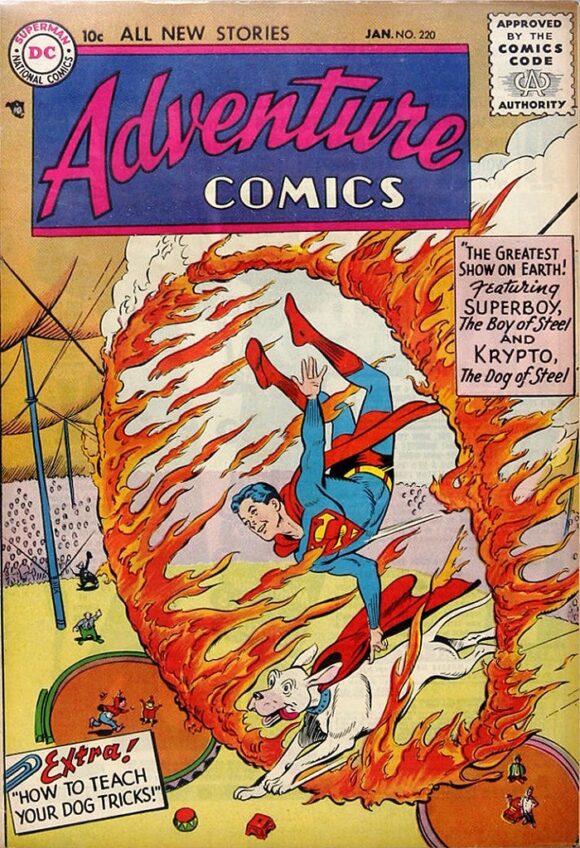 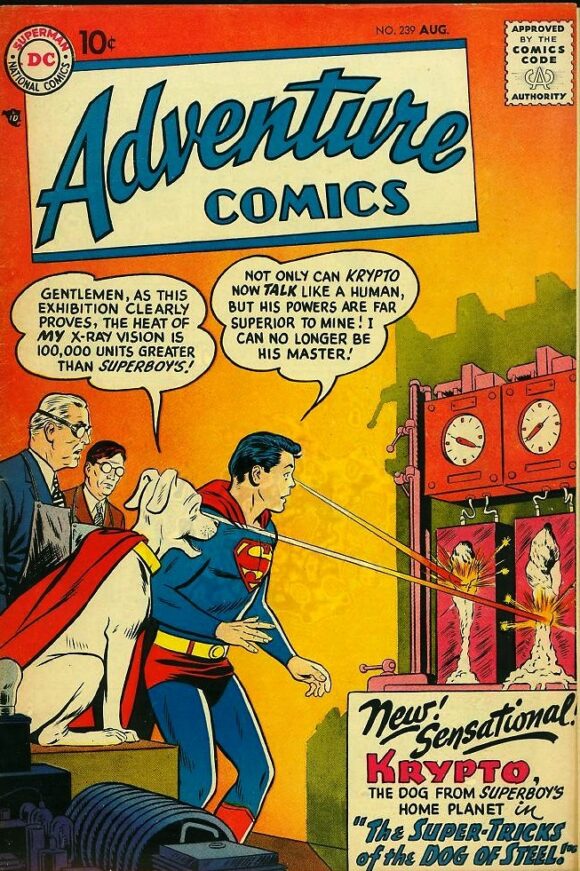 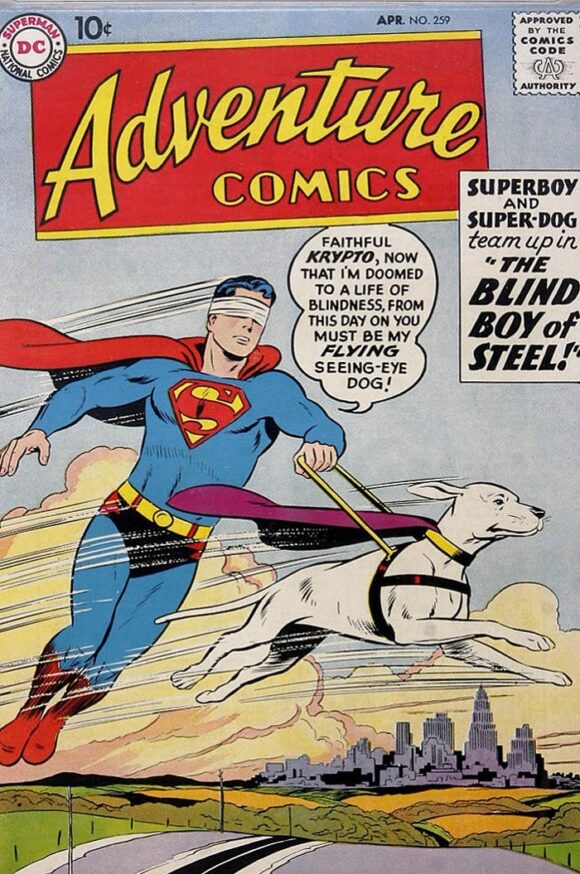 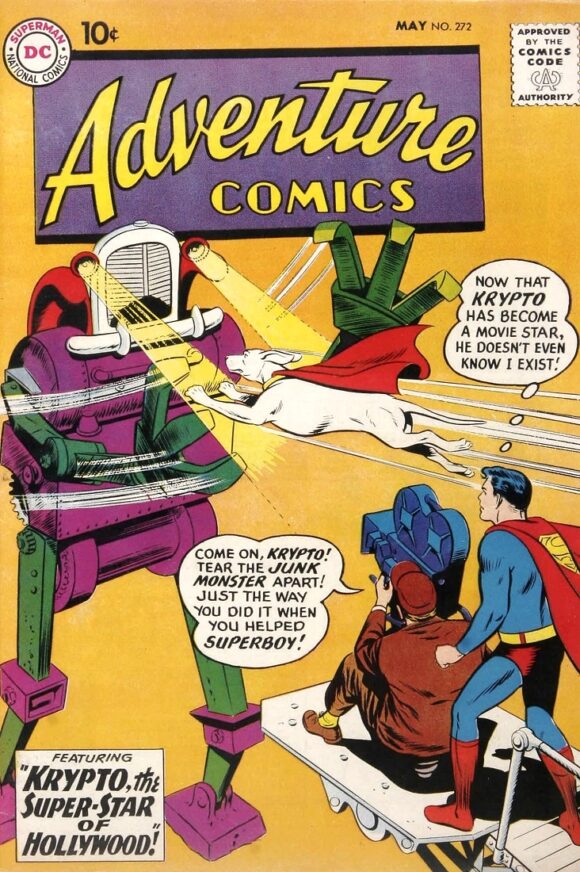 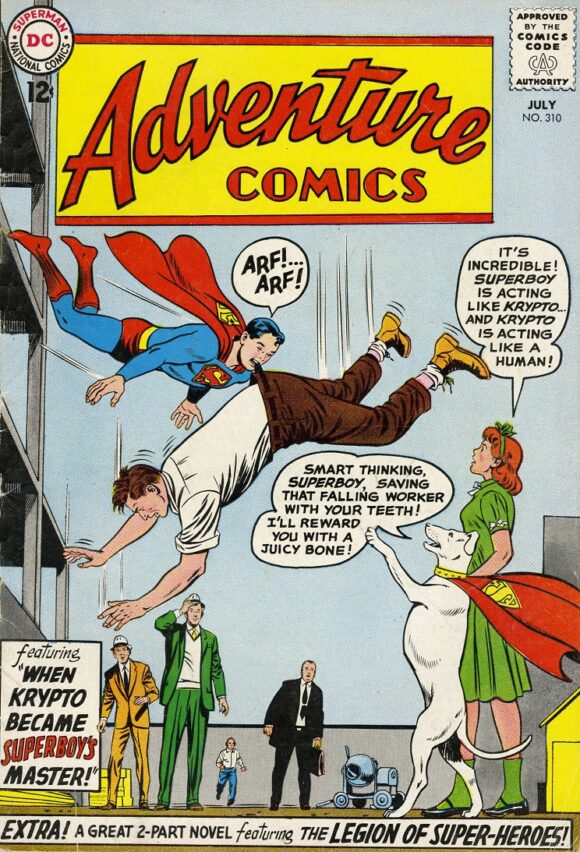 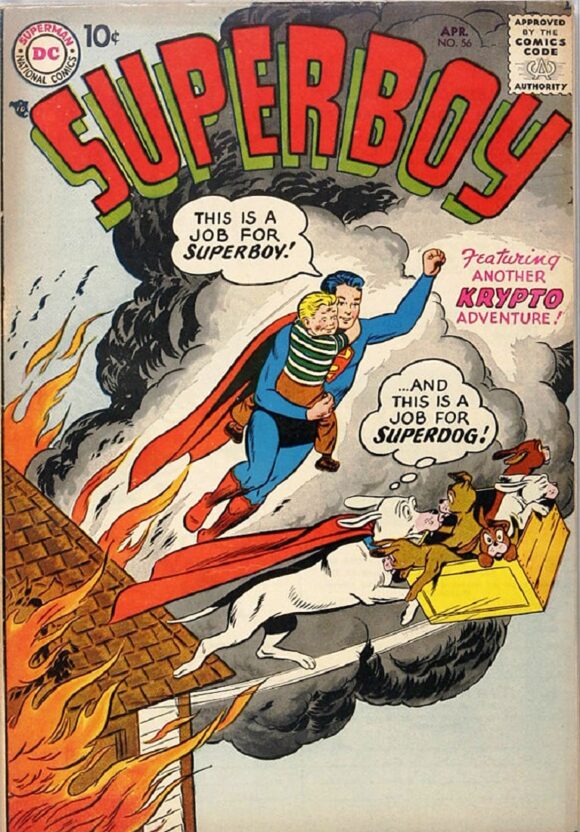 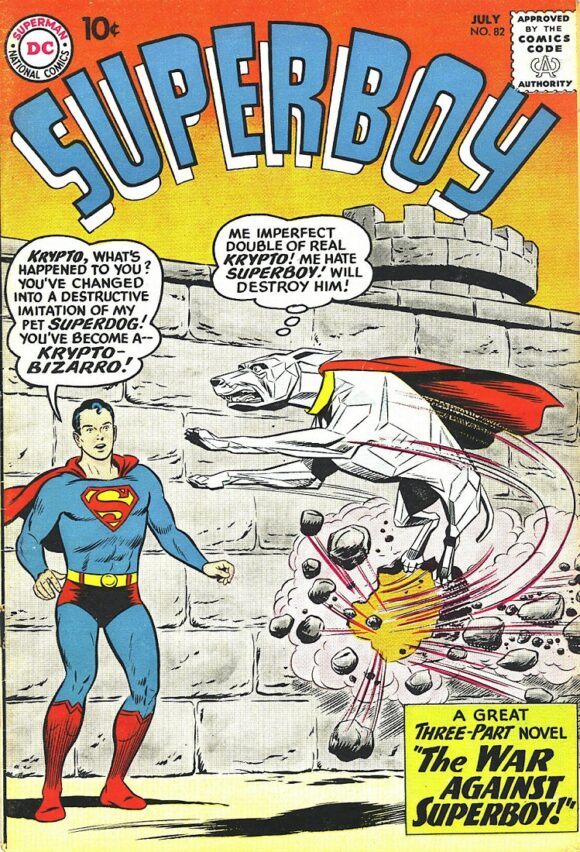 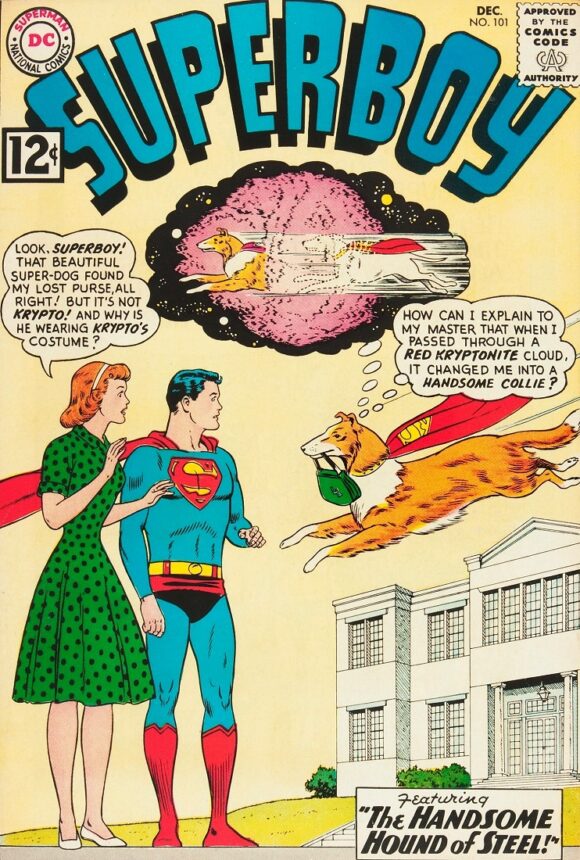 Action Comics #583 (Sept. 1986). His noblest sacrifice, saving Superman, the human he loves above all else. 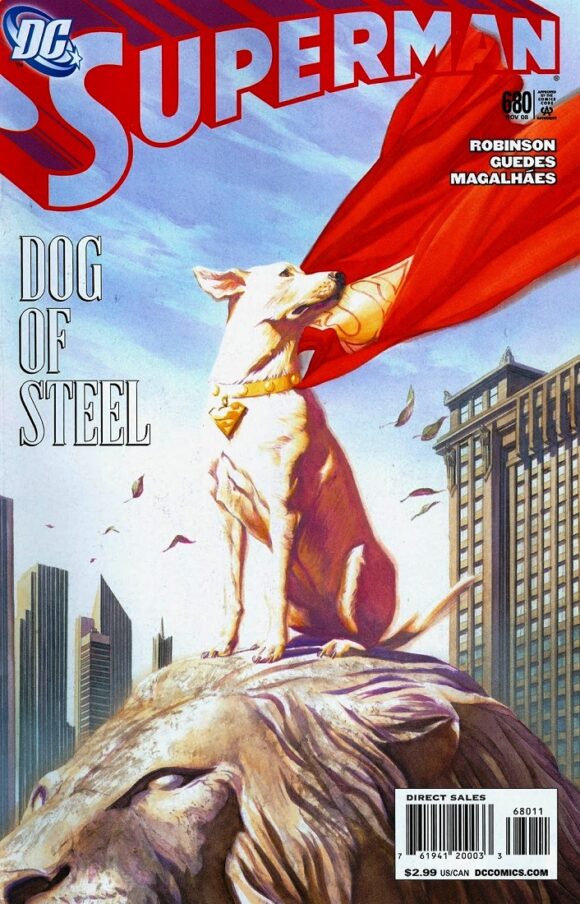 — THE TERRIBLE TRIO: Inside the Wackiest Filmation SUPERBOY Cartoon of Them All. Click here.