Boom! Studios’ Planet of the Apes co-writer/artist Gabriel Hardman has already given you his Five Best Apes Moments. His wife and collaborator, writer Corinna Bechko, has offered her Five Silliest. Here, now, are Gabriel’s Five Worst:

After the first movie, “Conquest” is my favorite. That said, the plague that kills off dogs and cats is absurd. It’s one of the silliest things in any movie. It’s basically saying that apes became humans’ slave/servant class because there were no more dogs or cats. Does that mean our pets are our servants now? Why isn’t my cat bringing me a beer?

The corny, dated jokes in the first POTA. “Never trust an ape over 30,” etc. I imagine that stuff felt pretty hacky even in 1968. 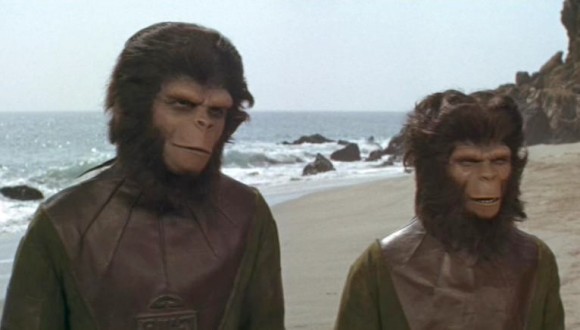 Don’t you want Lucius to just shut up? — DG

The mutants. We even used the mutants in our POTA comics but this whole concept is pretty shaky. It’s always felt to me like the mutants were someone’s concept for a totally different screenplay and barely changed it to make it into the POTA sequel. Mutants don’t make much sense and they don’t really fit in the POTA world. But they were established in that movie so we tried to make them work in a cool way in the comics.

Aaaaaaaaaaaaah!! King Tut, put your face back on! — DG

“Beneath the Planet of the Apes.” I know everybody hates “Battle,” but of the original Apes sequels, “Beneath” is the only one I genuinely don’t like. Everything about it feels sub par. James Franciscus’ Brent is obviously there in hopes that little kids won’t notice that he’s not Charlton Heston. The plot makes no sense. No Roddy McDowell. Apes in a sauna. Aforementioned mutants. But on the upside, General Ursus is a fun character and they blow up the Earth at the end. That doesn’t happen in every movie. 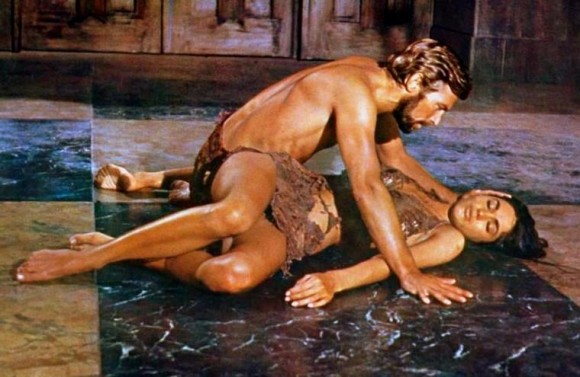 Good thing Nova had time for a pedicure. — DG

The terrible gorilla suit on the actor that kills Dr. Milo in “Escape.” The fact that John Chambers’ Apes makeup is so good makes it twice as obvious how bad this gorilla suit is. 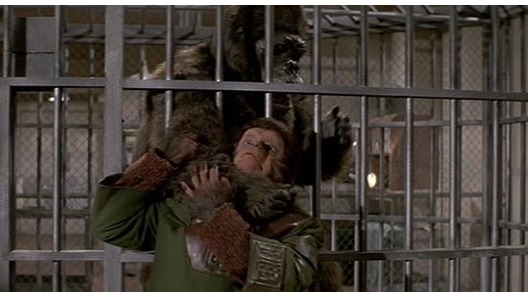