Corinna Sara Bechko is the writer who, along with her artist-writer husband Gabriel Hardman, engineered perhaps the best POTA run ever in comics, at Boom! Studios. Here, she lists her Five Silliest Moments in Apedom.By CORINNA SARA BECHKO

The “apeonauts” from the start of “Escape from the Planet of the Apes.” Yeah, this is on my “best” list too, but it’s the silliness of the image that makes it so great. 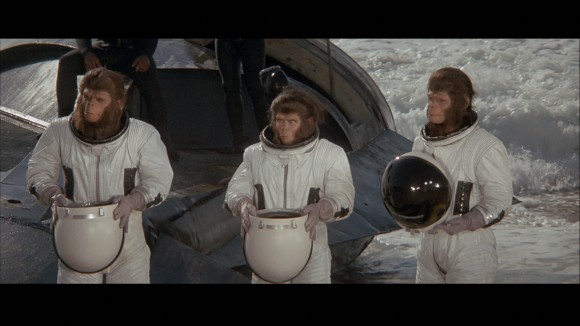 The explanation, given in “Conquest of the Planet of the Apes,” that a plague wiped out all the cats and dogs in the world, resulting in the enslavement of apes, as they were drafted to become house pets but gradually became servants instead. 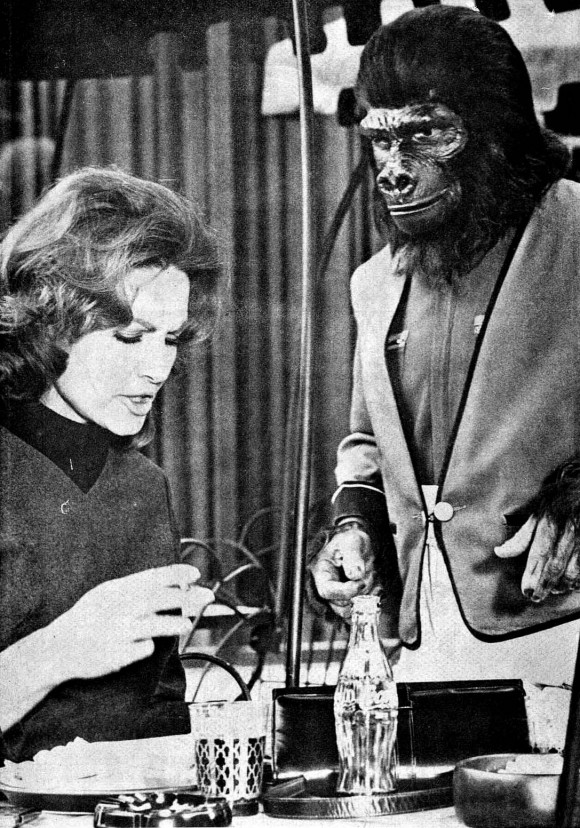 The looped (real) baby chimp saying “mama” at the end of “Escape from the Planet of the Apes.” The sentiment is deadly serious given the events that proceed it, but the result is a little comical.

The “see no evil, hear no evil, speak no evil” pose adopted by the orangutans when they put Taylor on trial in the first movie. It’s the one truly phony note in the whole film.

The fact that there aren’t any female gorillas or orangutans in the original films, something we worked hard to correct in our POTA comics!

For more Bechkomania, hit up her blog, The Frog Bag. Wanna read her Apes work from Boom! Studios? Here. 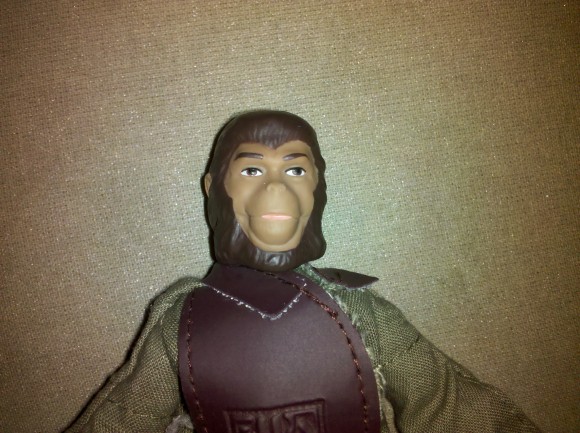 Mego Zira would tell you to GO APE but you’re too damned ugly!