Ms. Marvel #1. Writer: G. Willow Wilson. Art: Adrian Alphona. Now that’s an origin story! The introduction of the new Ms. Marvel, one Kamala Khan, a Pakistani Muslim teenager from Jersey City, was the perfect origin for Marvel’s newest hero. This one is for the new reader, the young reader, the female reader, and the readers of tomorrow. G. Willow Wilson creates the book’s mythology while tapping into modern history and the tenets of the Muslim religion. At one point, when Kamala gets dosed by what is assumed to be the Inhuman-creating Terrigen Mist, she hallucinates a visit from her heroes, the Avengers, and when Carol Danvers speaks Erdu to her, it is a perfect juxtaposition of real world spirituality and the mythology of the Marvel Universe. Just wonderful storytelling. Grade: A 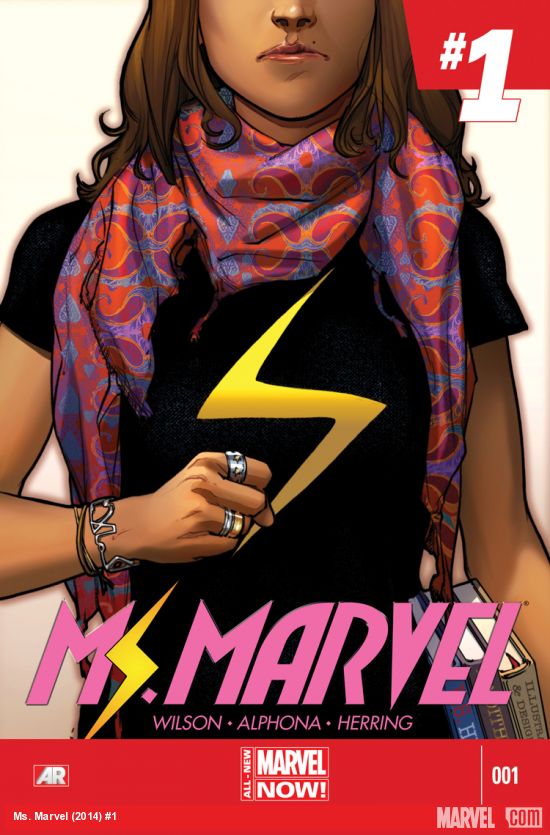 Loki: Agent of Asgard #1. Writer: Al Ewing. Artist: Lee Garbett. Most villain books just don’t work. It’s very hard to create a relatable story when the protagonist is completely abhorrent. That was the problem facing Loki: Agent of Asgard, a book, thanks to the Tom Hiddleston love sweeping fandom, that Marvel would be foolish not to publish. Ewing finds a way to write a likable and relatable hero that may just be a villain. It’s hard to tell, after all. It’s Loki. He is certainly likable and readers will root for him as he breaks into Avengers Tower on a secret mission for the All Mother. Grade: B+ 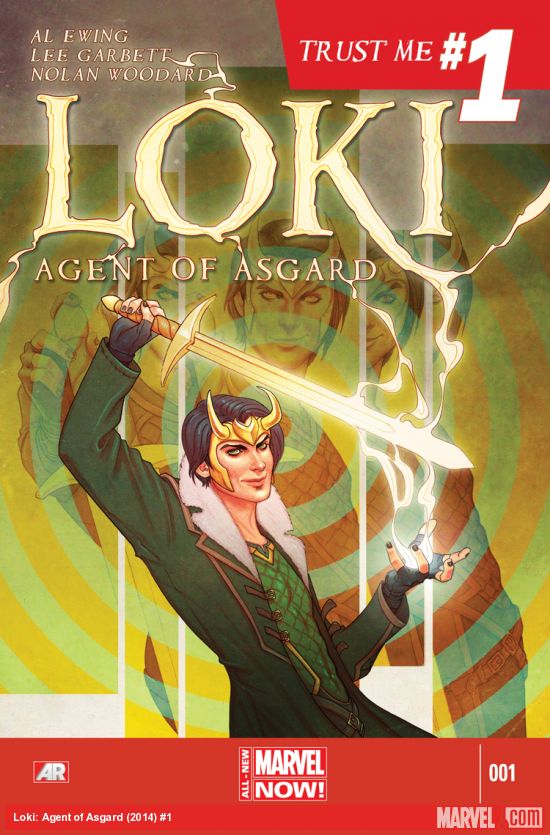 Captain America #16.NOW. Writer: Rick Remender. Penciler: Pascal Alixe. Well, Captain America’s .NOW issue certainly was light on Captain America. In fact, Steve Rogers did not appear at all. Instead, Rick Remender chooses to focus on the daughter of Arnim Zola and new cast member, Jet Black. On the surface, this issue seems like a great deal of navel gazing, as Black gives a heavy-handed commentary on contemporary American society while being tempted to join the Red Skull. It all seems a bit indulgent, except for the fact that Remender is a master at the long game, and elements that may seem extraneous become pivotal when the writer reveals the big picture he is constructing. Pascal Alixe tonally follows John Romita Jr. If this issue is any indication, Alixe should be an artist to watch. Grade: B- 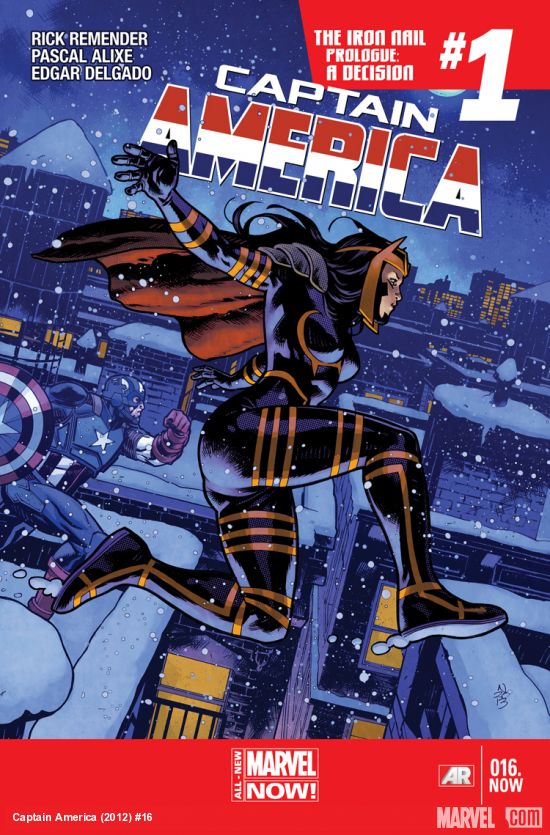 The Punisher #1. Writer: Nathan Edmondson. Artist: Mitch Gerads. There are certain constants the fans want out of a Punisher comic. Explosion, check, mayhem, check, Castle being badass, check, a high body count, check, an exaggerated but respectful knowledge of military tactics and gear, check and check. Well it seems Nathan Edmondson, the man who is currently guiding the kick-ass new Black Widow comic, has all his bases covered in the first issue of Punisher. The new series takes the Punisher into Mexico to take on the ruthless drug cartels, a battle that spills over into downtown Los Angeles. The book introduces some new intriguing supporting cast like a very friendly female cop who seems to have designs on Frank Castle. Frank is a bit more humanized than he was in the Garth Ennis, Jason Aaron, and Greg Rucka runs on the character, but Edmondson brings the old ultraviolence fans are expecting in a story ripped from today’s headlines. Mitch Gerads gritty realism and sense of action makes him a perfect Punisher artist. The book doesn’t break any new ground for Frank Castle, but it does the familiar very well. Grade: B+ 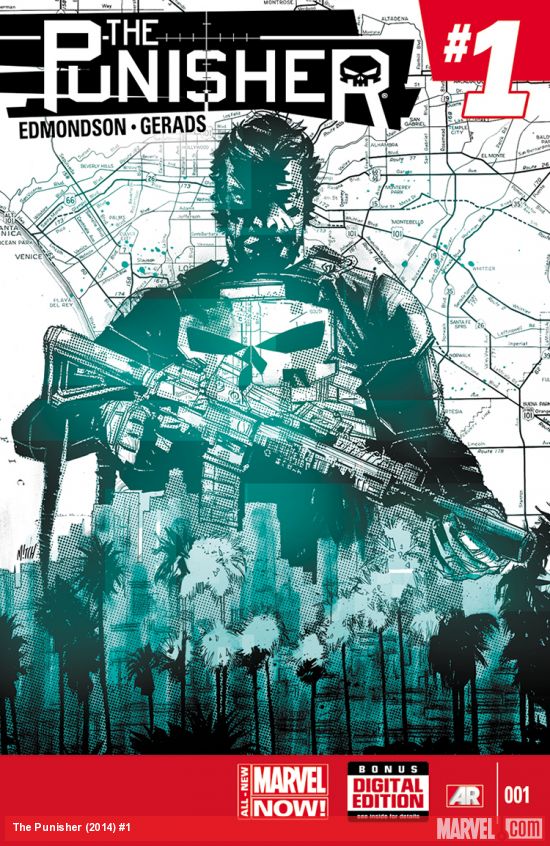 Wolverine #1. Writer: Paul Cornell. Pencils: Ryan Stegman. Inks: Mark Morales. Marvel is touting that this new series will feature Superior Spider-Man-level changes for Wolverine. The first issue doesn’t have any seismic character shifts but it is a solid Wolverine story. The big hook of the series is that Wolverine has lost his healing factor and is now mortal and killable. To overcome his new mortality, Wolverine armors up, takes shooting lessons from Black Widow, and joins with a new group of mutant mercenaries who all kind of blend together as the story progresses. Wolverine himself is played up well as the reader really feels Logan’s newfound vulnerability, made more profound by the fact that Logan has truly embraced his role of the protector of young mutants. If the book’s purpose was to establish the fact that Wolverine is now a gun wielding, armored, and killable mutant, than the issue did its job, but it didn’t do much more than that. Grade: C+ 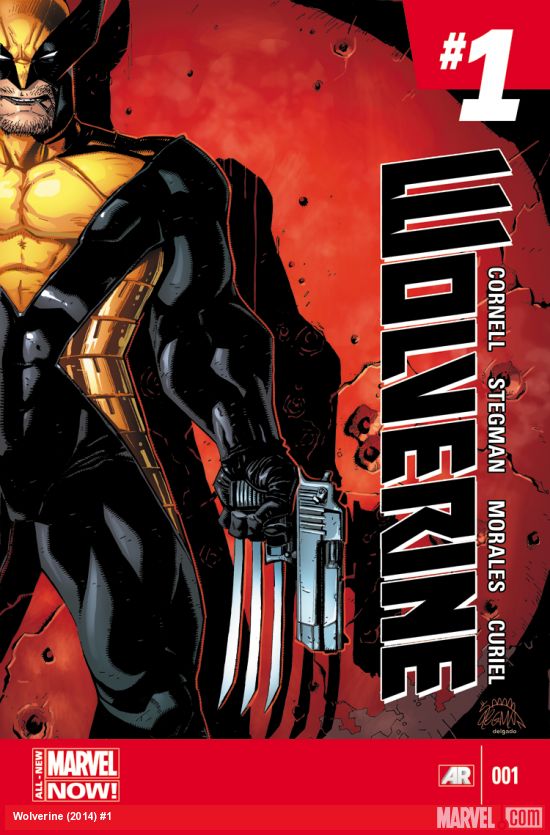 X-Men #10.NOW. Writer: Brian Wood. Artist: Anka Mann. This seems to be the type X book for fans who want an X-Men story that exists a bit outside of the sweeping narrative weaved by Brian Michael Bendis and Rick Remender in their respective books. Brian Wood tries to keep many plates spinning as an alien virus that can control machinery is set loose on the Earth. Both the X-Men and a team of killer women led by Lady Deathstryke all want to find the source of the virus. It’s all very chaotic with many characters moving in different directions but somehow it maintains a cohesiveness that makes it feel like an X-Men story. A little slowing down to allow the characters and readers to breathe would serve this title well. There are too many heroes and villains all vying for their time in the spotlight and as a result, the little story nuances that Wood is usually so good at are lost. Grade: C+ 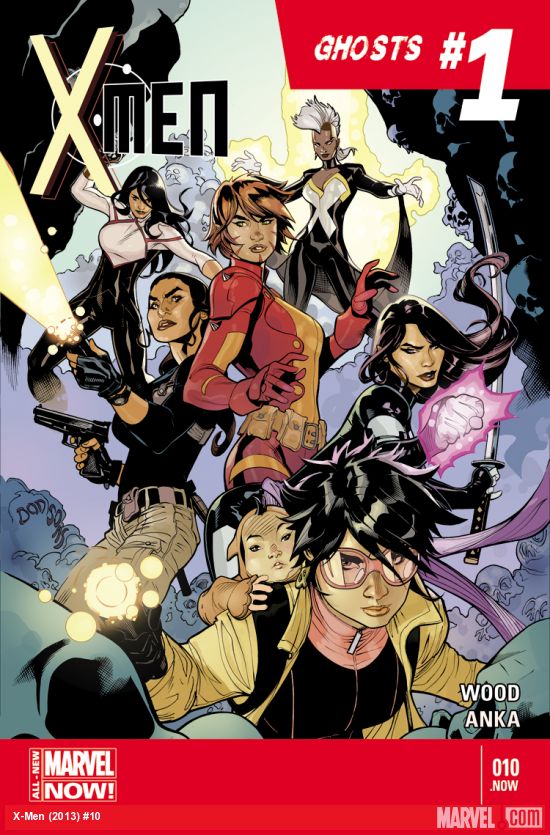