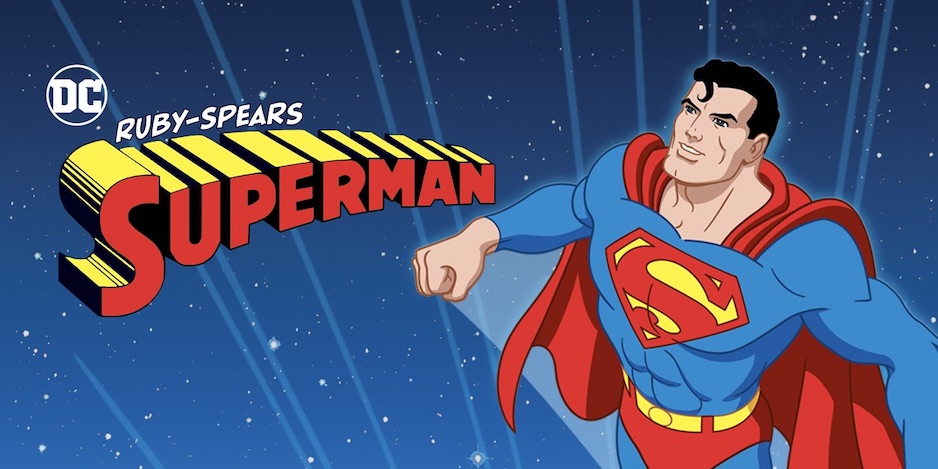 When 13th Dimension editor-in-chief Dan Greenfield asked if I’d be interested in covering the TOP 13 Ruby-Spears Superman episodes, I quickly shot back: “Well, there were only 13 episodes, so this will be a very easy list!”

Indeed, the oft-overlooked 1988 animated series (simply titled Superman) from animation house Ruby-Spears occupies an unusual place in the Super-oeuvre, in large part due to its fleeting tenure. The series aired on Saturday mornings on CBS from September to December 1988, during the milestone 50th anniversary year of the character, and a 2009 DVD set appears to be out of print. (As of this writing, you can stream it online, including for free at Tubi.) 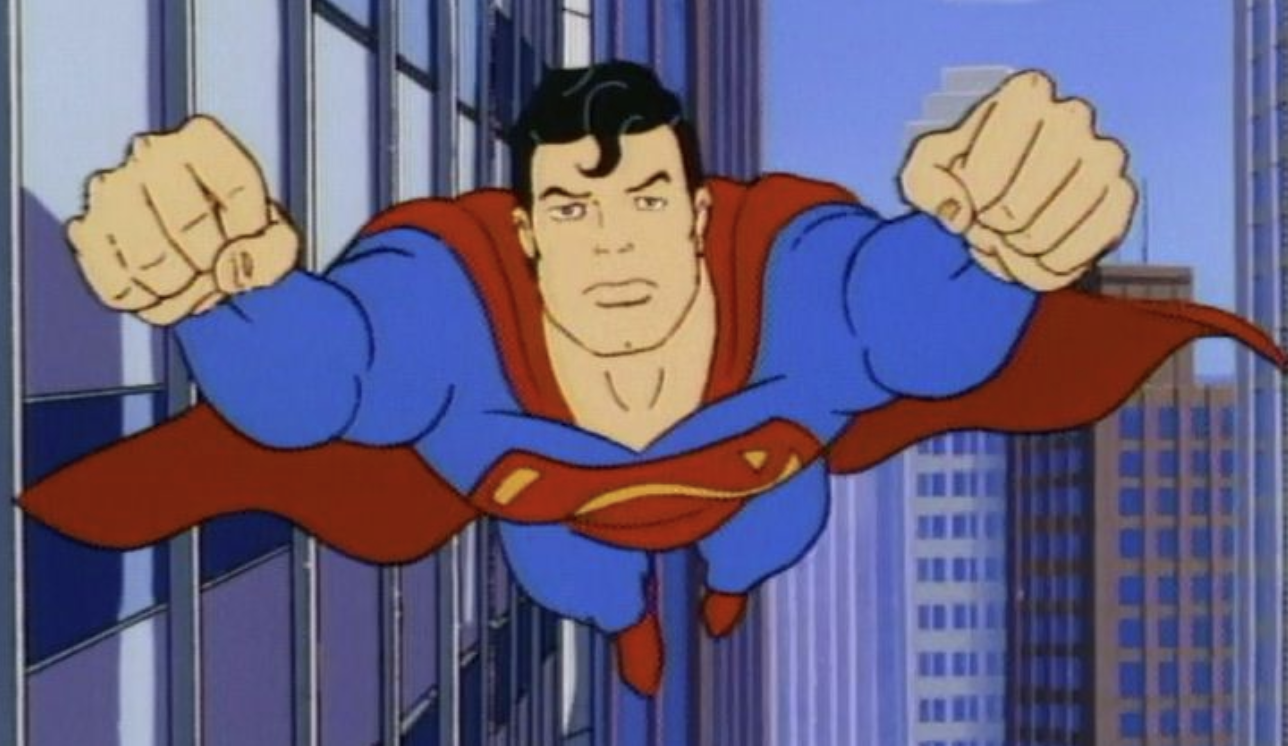 In fact — and I am a bit embarrassed to admit this, especially given how Dan usually introduces me as “Super-expert Anthony Desiato” — I only learned of the existence of this animated series at the beginning of 2021. But before I’m stripped of my title, I am happy to report that I have since immersed myself in the series, most recently for a deep-dive discussion on my podcast Digging for Kryptonite with guest Jeremy Frutkin (available in audio form on your podcast platform of choice and in video form on YouTube). 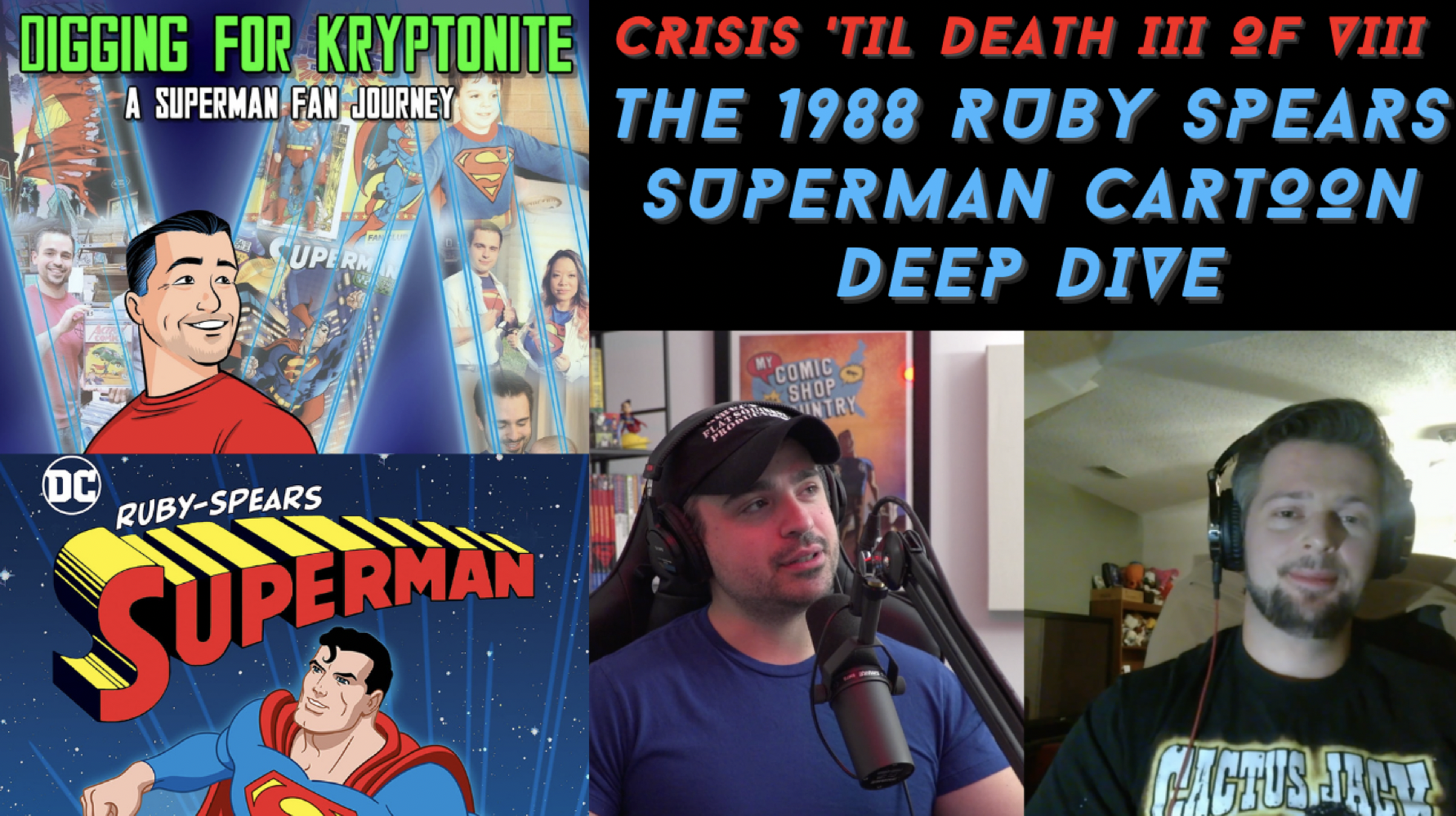 Although Ruby-Spears Superman did not come close to the technical achievements of the Fleischer theatrical shorts, last long enough to thrill a generation of budding Superman fans (like Dan) as the Filmation series did, or match the storytelling sophistication of Superman: The Animated Series, it does deserve its due in a discussion of Superman in animation.

For one, it marks the first appearance of John Byrne’s post-Crisis Superman outside of comics: 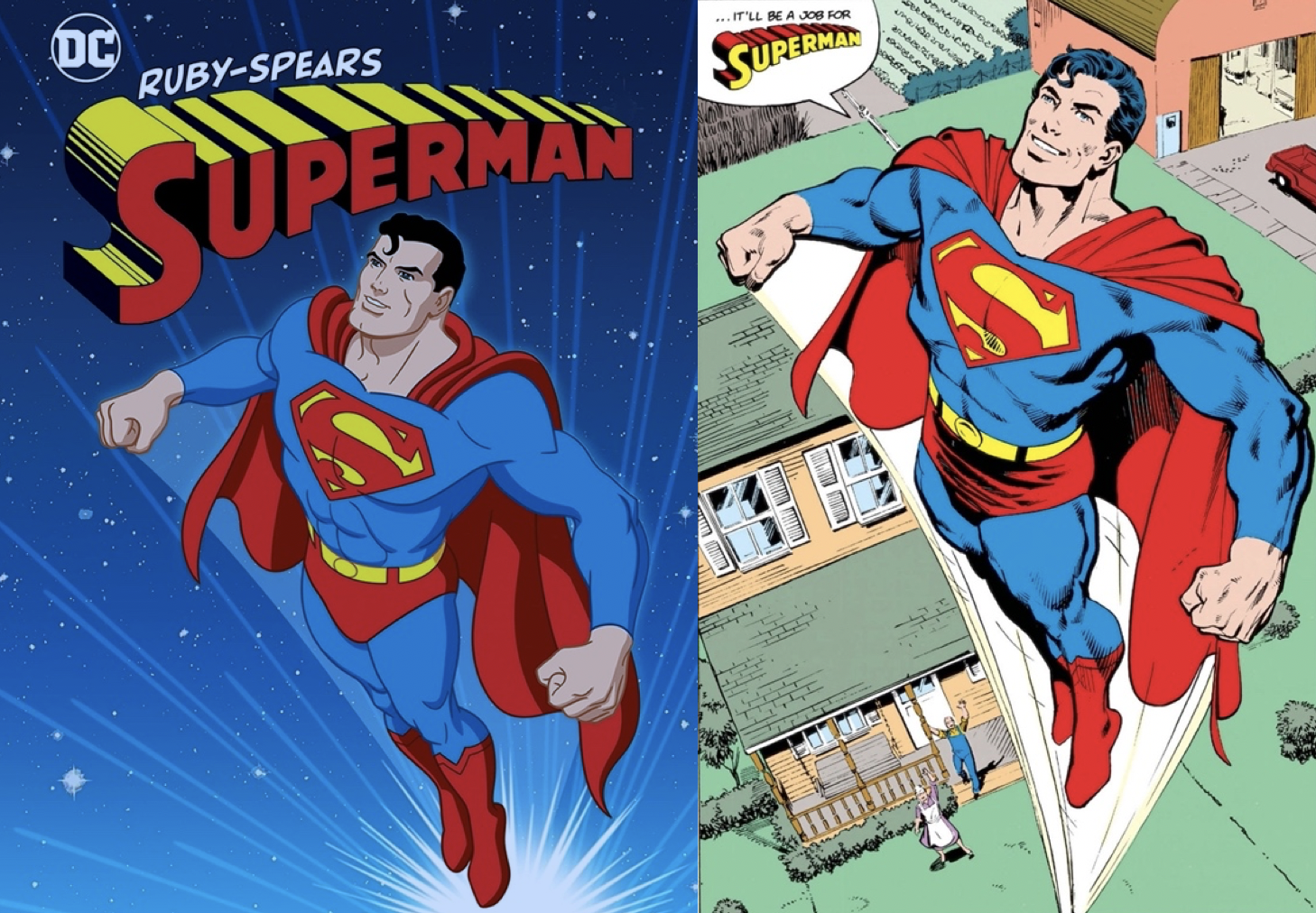 Additionally, in a touch that feels ahead of its time, each episode ends with a “Superman Family Album” vignette, a four-minute coda depicting a moment from Clark’s upbringing with the Kents in Smallville. Most involve young Clark’s powers (here, he has his abilities even as a baby) causing hijinks at school, the supermarket, the farm, and more. They’re innocuous, but endearing slice-of-life stories that give the show some added texture. 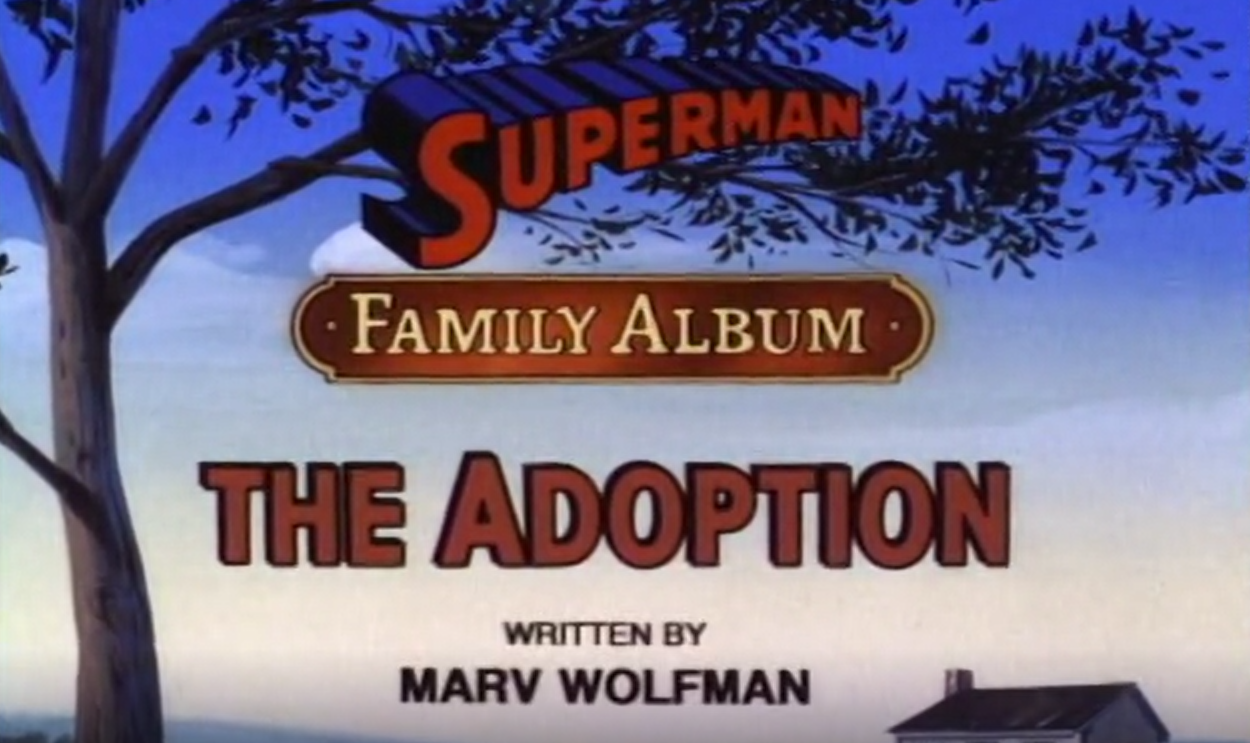 Most striking, however, is the way in which the series ably weaves together many elements from the first 50 years of Superman comics and adaptations: Its opening sequence, for example, features a rearranged version of John Williams’ iconic movie score, while the narration comes straight from the George Reeves Adventures of Superman TV series and is delivered by Super Friends narrator Bill Woodson. Beau Weaver’s meek portrayal of Clark will be very familiar to fans of Christopher Reeve’s performance, yet the show eschews the mad scientist version of Lex Luthor in favor of Byrne’s evil businessman revision.

For any fans who, like myself, may have missed this relatively obscure entry in the Super-canon, or for those who have fond memories of waking up early on Saturday mornings in 1988, I hope this guide helps in discovering or revisiting a true time capsule of Superman animation. And don’t forget to check out our podcast breakdown of Ruby-Spears Superman.

Here are ALL 13 RUBY-SPEARS SUPERMAN Episodes — RANKED. (NOTE: The second title in each entry is the bonus vignette):

13. Bonechill/The Driver’s License (Ep. 9). The series features less than a handful of traditional Superman villains and instead opts largely for original creations like Bonechill, a bookstore proprietor who uses a medallion to summon supernatural creatures — which, in a baffling turn, do not stymie Superman as one might expect given his famous vulnerability to magic. 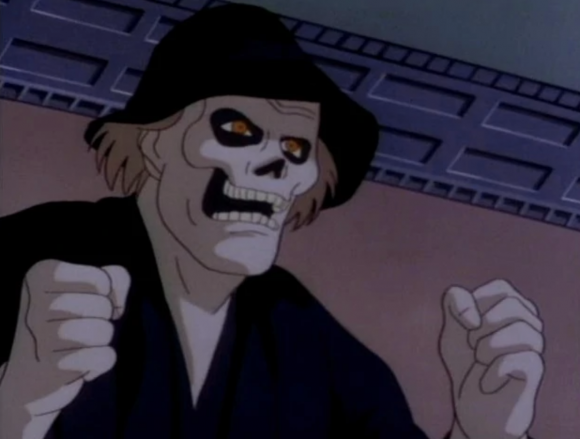 12. Wildsharkk/To Play or Not to Play (Ep. 11). The main story involves a pirate who hijacks a cruise ship with Perry and Alice White among its passengers. However, it’s the “Superman Family Album” installment that stands out: Following a run of previous episodes where an adolescent Clark uses his powers for personal benefit (such as acing his driver’s test), Clark realizes here that he has an unfair advantage in playing football and transitions to a new role as the assistant coach. 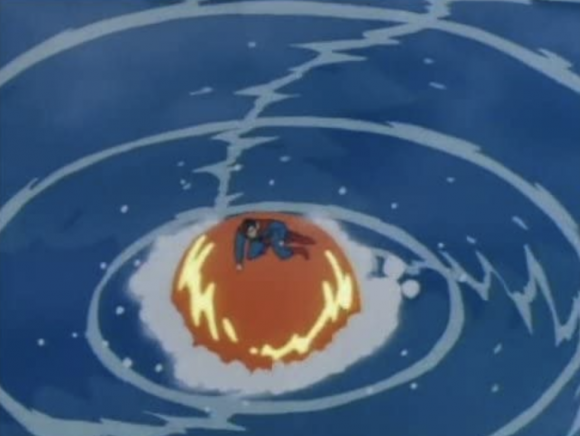 11. The Last Time I Saw Earth/It’s Superman (Ep. 13). After a season of earthbound adventures, the series ends with an off-the-wall installment in which aliens capture a space shuttle carrying Lois and Jimmy and take them to their world to eat them. 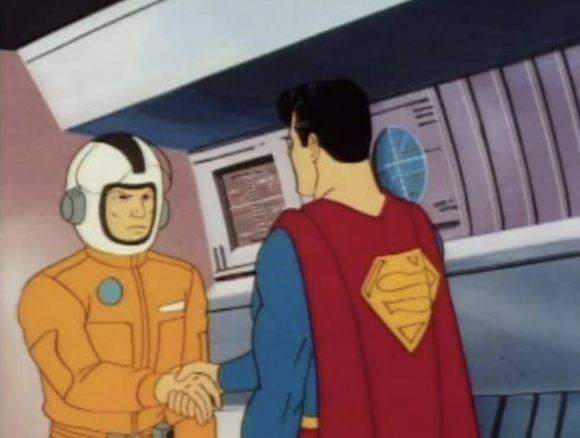 10. Fugitive from Space/The Supermarket (Ep. 2). Superman encounters two aliens, one a law enforcement officer and one a prisoner, but — in a clever narrative twist that gives the episode some teeth — he must deduce which one is really the criminal. 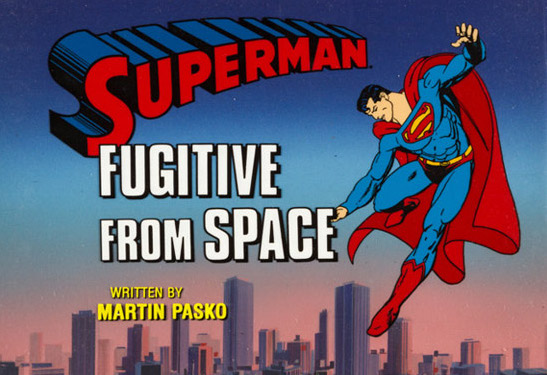 9. Night of the Living Shadows/Graduation (Ep. 12). While the cartoon’s treatment of Lex across his handful of appearances is generally a bright spot, his final appearance is also his least compelling, as he organizes a gang of invisible thieves outfitted with shadow suits. 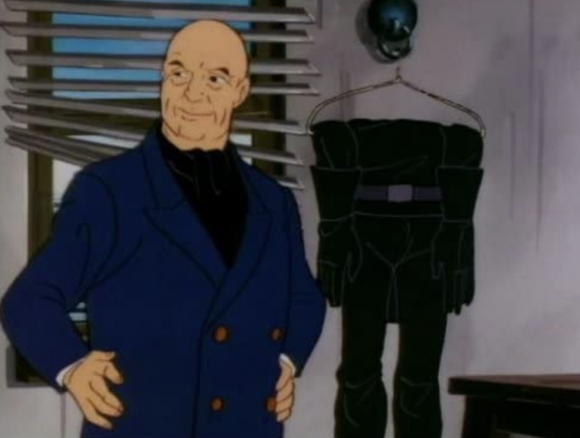 8. The Beast Beneath These Streets/First Date (Ep. 10). Yet another supernatural-themed episode pits Superman against Dr. Morpheus, a man-bat who had been buried under “Old Metropolis” for a hundred years. When Morpheus steals Superman’s powers, it challenges the Man of Steel in a new way, forcing him to rely on his wits and Lois’ help to turn the tables. 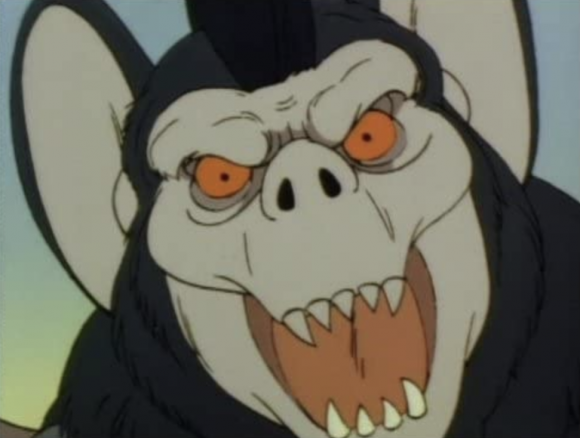 7. By the Skin of the Dragon’s Teeth/At the Babysitter’s (Ep. 3). In an unintentionally hilarious (to this viewer, at least) outing, Lex buys the Great Wall of China, stages a disaster to trick Superman into providing some free demolition work, and accidentally awakens the “Dragon King” statue. The kicker is when Superman, in an attempt to protect his secret identity, carves a stone statue of Clark Kent and imposes on poor Jimmy Olsen to carry it via a bike trailer. 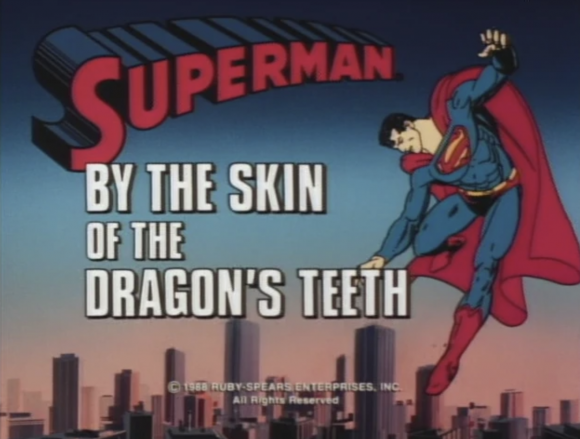 6. Superman and Wonder Woman vs. the Sorceress of Time/The Birthday Party (Ep. 8). The show’s sole DCU team-up pairs the Man of Steel with Wonder Woman as they battle Syrene, a magical (sensing a theme here?) opponent who transports mythological creatures to the present. While the series as a whole treads lightly on romance, Wonder Woman does interrupt Superman and Lois in a tender moment as they return from an evening flight together. 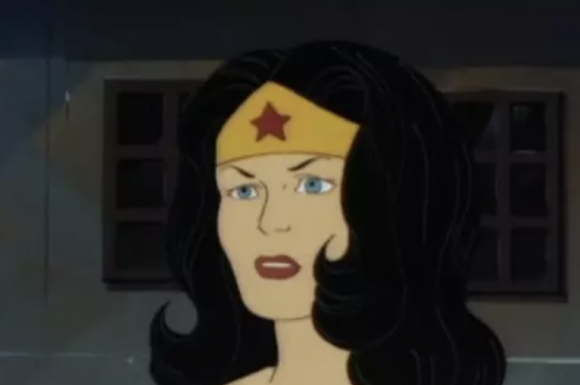 5. Cybron Strikes/The First Day of School (Ep. 4). He’s no Brainiac, but we do get Cybron, a human/machine hybrid from the future who infects Metropolis with a cybernetic virus. This episode is notable for Lois and Jimmy briefly learning that Clark is Superman when they are infected. 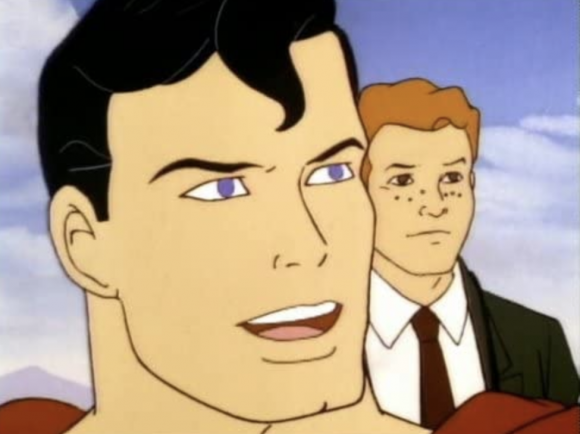 4. Triple-Play/The Circus (Ep. 6). I’ve never been a huge Prankster fan, but there was something comforting about finally seeing a familiar face from the rogues gallery. Prankster kidnaps the teams competing in the World Series, along with Superman and others he blames for his imprisonment, and forces them to play baseball. 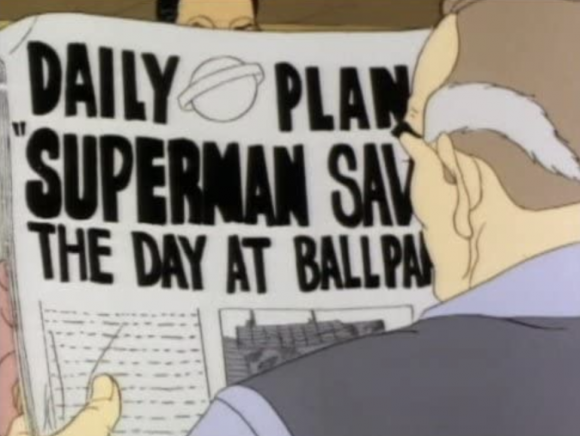 3. Destroy the Defendroids/The Adoption (Ep. 1). The series premiere effectively captures the then-new dynamic between Superman and Lex from the comics. Here, Lex deploys an army of supposed peacekeeping robots to save Metropolis (from situations of his own making, of course) to turn public opinion against Superman. While the Man of Steel stops the Defendroids, he lacks the evidence to bring Luthor to justice, showing that there are certain problems Superman cannot solve by might alone. 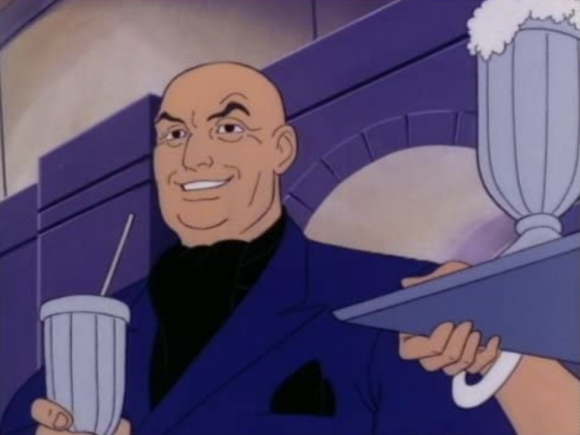 2. The Big Scoop/Overnight with the Scouts (Ep. 5). Lex deduces that Clark Kent is Superman — via a device that allows the user to see one hour into the future — then forces Clark into a situation where he must reveal his identity or let innocents die. The stakes are high in this one, and the payoff that allows Clark to preserve his identity is a bit goofy, but ultimately satisfying. 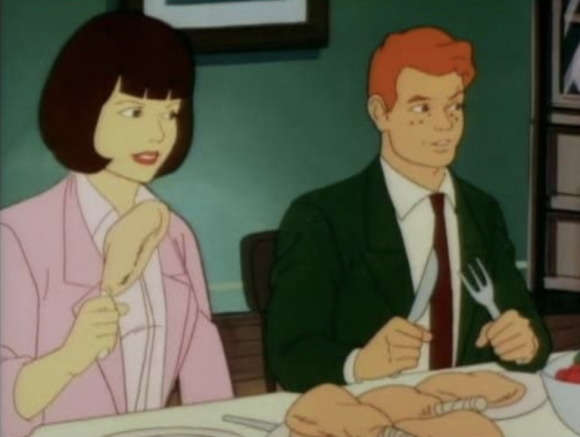 1. The Hunter/Little Runaway (1×7). In the strongest episode of the series, arriving right at its midpoint, Zod, Ursa, and Faora create a beast in the Phantom Zone called “The Hunter” and send him to Earth to destroy the son of their jailer. The Hunter’s single-mindedness, adaptability, and brute strength might lead some to see this character as a forerunner to Doomsday. In fact, Superman’s gambit to defeat the Hunter involves faking his death, leading to a very brief, but dramatic, scene where the world mourns the Man of Steel. 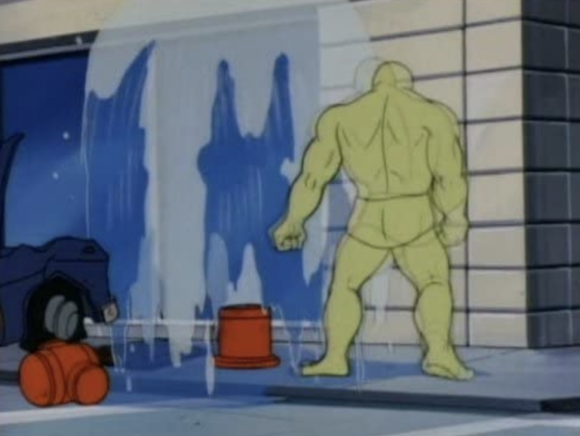 Anthony Desiato is a documentarian, podcaster, and lifelong Superman fan. He hosts the podcasts Digging for Kryptonite and My Comic Shop History, available on most major podcast platforms and in video form on YouTube. His most recent documentary film, My Comic Shop Country, is out now on Amazon and Apple TV. Visit Flat Squirrel Productions for more.