Damian Wayne in the Cave — attitude and all!

I’ve never made a secret of my fondness for the latest and second-greatest Robin of them all. Case in point: When he returned from his “demise” late last year, we celebrated with ROBIN WEEK.

Interesting thing about Damian is that he’s such a nuanced character that he can be rendered poorly by the wrong writer. Interestingly, the same is true of his merchandise. We’ve had relatively few Damian figures since his Robin debut almost six (!) years ago, and not all of them have hit the mark. 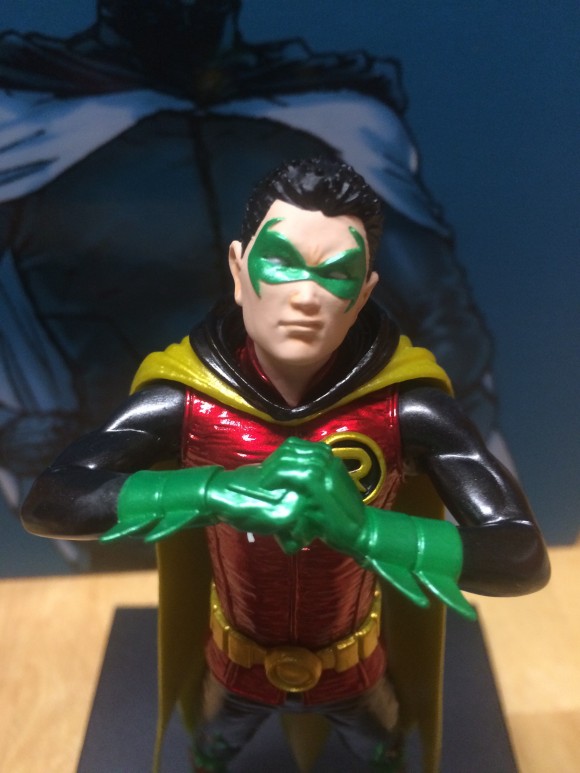 Now comes Kotobukiya with the latest in their fine ARTFX+ statue line, completing the core Batman family with Batman, Nightwing and Batgirl. (Red Hood is coming soon but I consider Jason Todd more a family cousin if I have to consider him at all.)

Kotobukiya definitely gets Robin‘s attitude right. Mimicking his Frank Quitely pose from the first volume of Batman and Robin #1 (which echoes Burt Ward‘s itching-for-a-fight stance), Damian looks ready to take on all opponents. 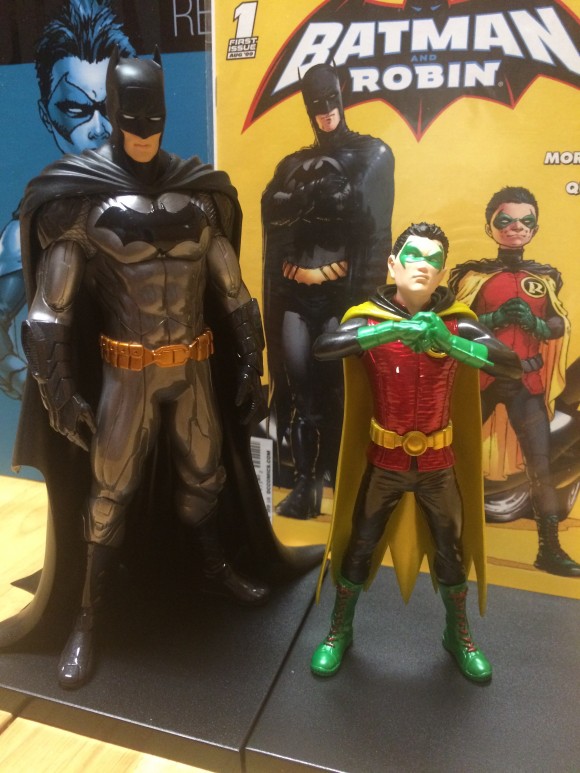 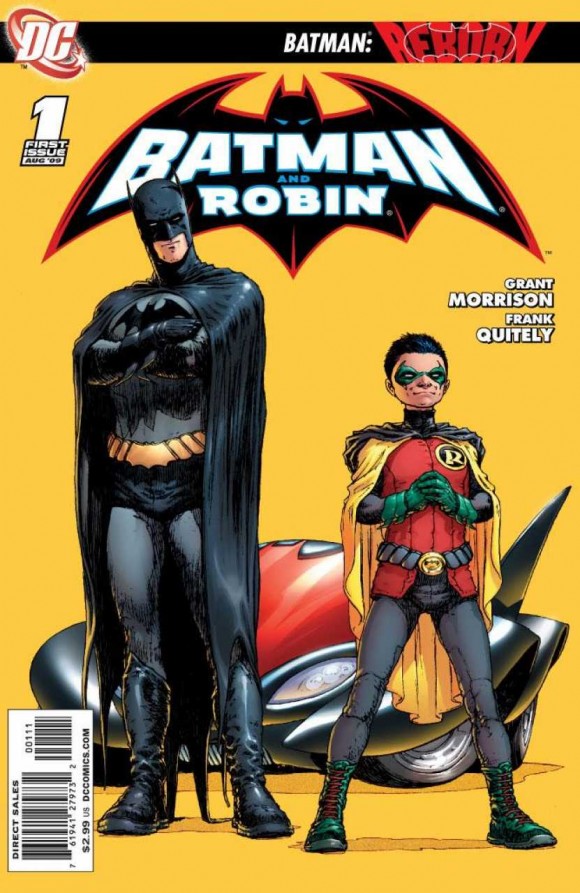 Back straight, chin thrust outward, Robin peers upward — in defiance, but also because he’s the shortest hero in the DC Universe, save the Atom.

Like all DC ARTFX+ statues, Robin‘s done up in a metallic sheen. So while not exactly on model, he’s in keeping with the rest of this line. If I have a beef, it’s that he looks a little older than Damian is supposed to be — more 13-14 than 10 or 12. Fine line, I know, but it’s something I notice. 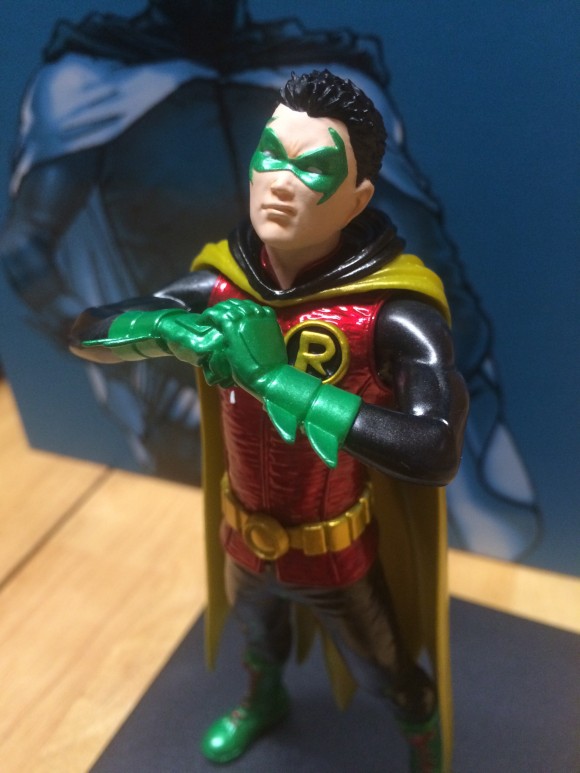 Nice detail on the ‘R’ there.

As far as specs, he’s about 6 1/2 inches tall, in scale with the rest of the line. He also comes with a magnetic base, like the others, giving him extra display support. He’s scheduled to be released within a few weeks, and costs around $40, depending on where you pick him up. I don’t mind saying that’s a bargain, considering the high level of workmanship that goes into Kotobukiya’s statues.

So bring the little badass into your personal Gotham. Like the character himself, he’s a fine and fitting addition to the Batcave. 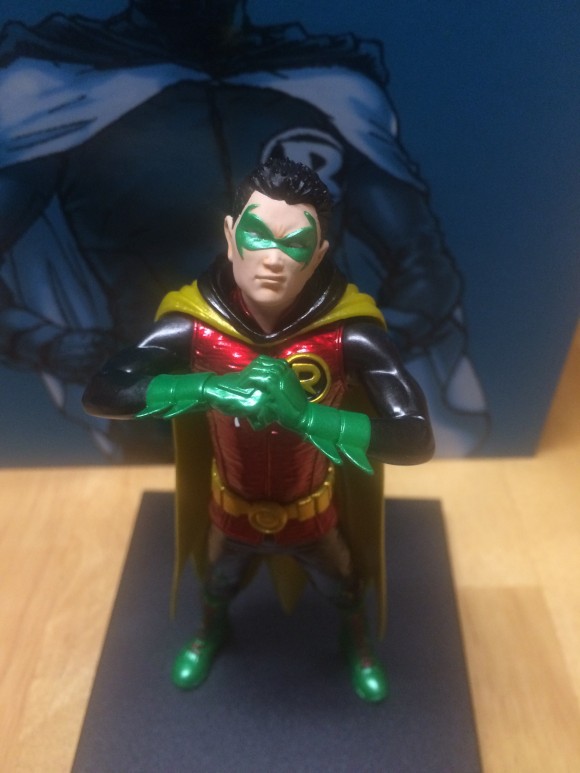