ABSOLUTE GOTHAM BY GASLIGHT Coming in 2020 From DC

The groundbreaking comic gets the mega-format it deserves…

1989’s Gotham by Gaslight by Brian Augustyn, Mike Mignola and P. Craig Russell was the unofficial launch of DC’s Elseworlds line. As you almost certainly know, it imagined Batman in Victorian times chasing Jack the Ripper.

Well, come September 2020, the landmark comic will become an Absolute Edition that will include the sequel Master of the Future and two other stories featuring this universe. 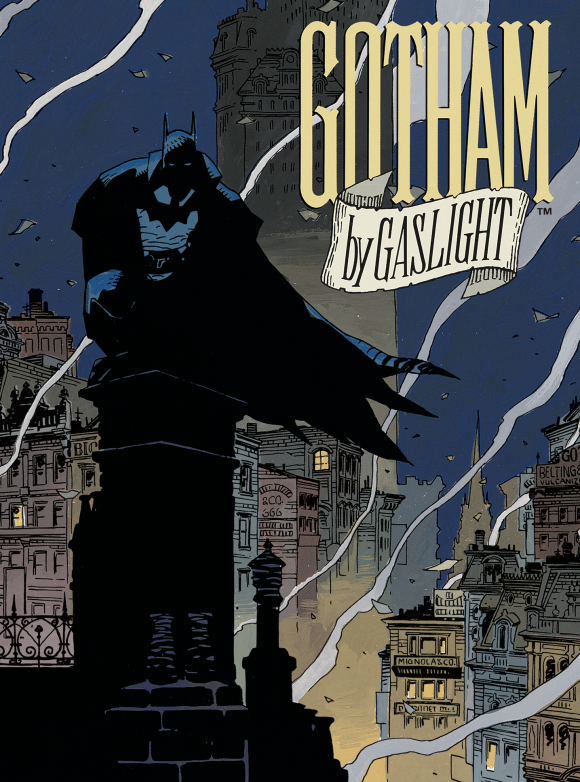 Written by BRIAN AUGUSTYN and JEFF PARKER
Art by MIKE MIGNOLA, P. CRAIG RUSSELL, EDUARDO BARRETO, GREG TOCCHINI, and EVAN “DOC” SHANER
Cover by MIKE MIGNOLA
The groundbreaking Elseworlds tales of the Victorian era are back in a new Absolute edition! This volume includes the breakthrough tales Gotham by Gaslight and Master of the Future which pit the Dark Knight against Jack the Ripper and a death-dealer from the skies over Gotham City! This collection also includes further appearances from the Victorian Dark Knight, including Countdown Special: The Search for Ray Palmer: Gotham by Gaslight #1 and Convergence: Shazam! #1-2.
ON SALE 09.09.20
$49.99 US | 8.25” x 12.5” | 240 PAGES
FC | ISBN: 978-1-4012-9982-8

Perfect for a gloomy fall night, no?

— Landmark THE FLASH #123 to Be Re-Released as Facsimile Edition. Click here.