Landmark THE FLASH #123 to Be Re-Released as Facsimile Edition

EXCLUSIVE: Flash of Two Worlds! — the birth of the DC Multiverse — gets a dead-on reprint, ads and all… 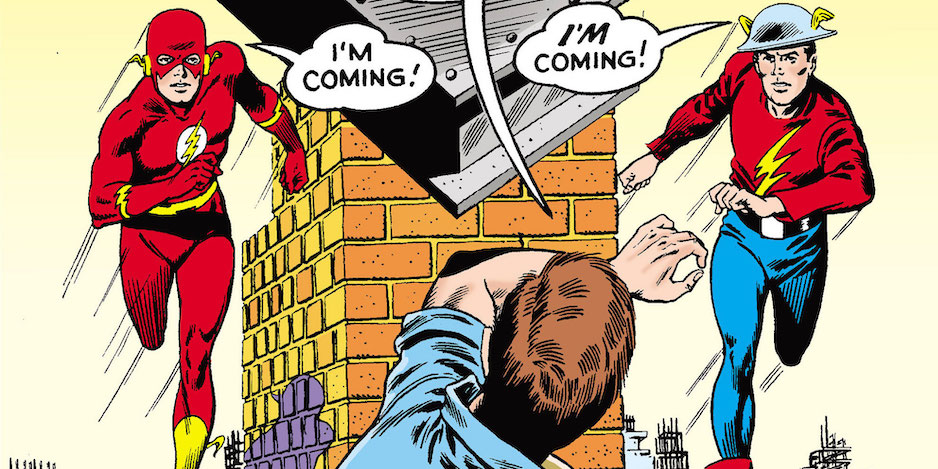 DC’s put out some pretty great Facsimile Editions since they started publishing them over the summer, but this one coming in February 2020 is probably the most historically significant to date: 1961’s The Flash #123, which introduced the publisher’s Multiverse as Barry Allen of Earth-One and Jay Garrick of Earth-Two met for the first time.

Not just that, February marks the first month that DC will be putting out more than one Facsimile Edition.

More on that below, but first check out DC’s solicitation info, which will be officially released Friday: 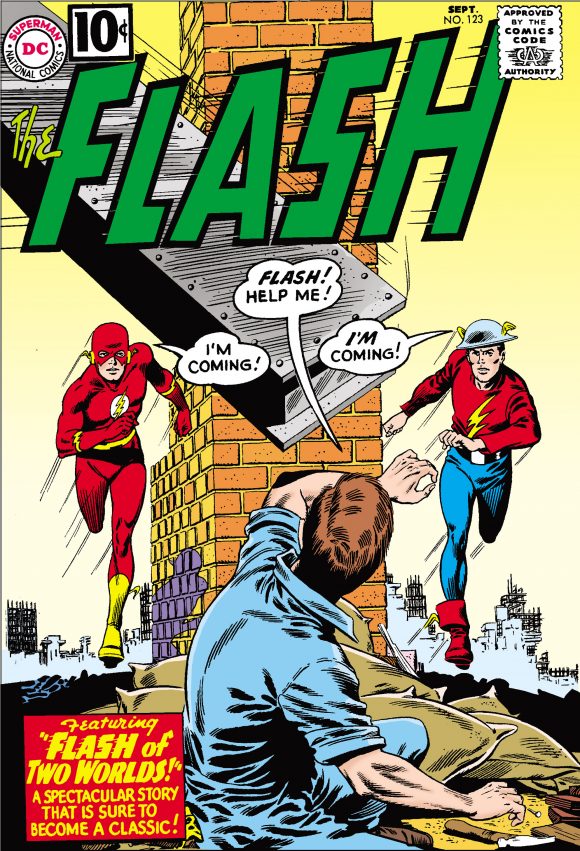 The classic tale from 1961 that introduced the concept of the Multiverse to the pages of DC Comics is reprinted here! There’s a crime wave in Central City, and the Flash will need help to stop the villains’ spree — fortunately, help is on the way in the form of the Golden Age Fastest Man Alive, Jay Garrick!

— This is one of the most famous stories in comics history and has been reprinted many times over. In fact, a hardcover featuring the story will be coming out just two weeks later. That said, it’s also one of the most collectible comics ever — especially from the Silver Age — so this is a very rare opportunity to see it close to the original format, including ads, letters and whatnot. To me, that makes it worth it every time.

— For example, here’s our requisite price comparison: The Facsimile Edition will run you $3.99 — while originals rarely show up online for sale. (A low-grade copy went for hundreds recently on eBay. And just try tracking down an unslabbed high-grade copy. Usually you can only find those at the major comics conventions and they go for mad cash.)

— I mentioned that February will be the first time DC will publish more than one Facsimile Edition. Want to know the other? Of course you do. Click here.

— Given how much focus the Multiverse is receiving in the comics and on The CW right now, this one makes a lot of sense, doesn’t it? Oh, and let’s not forget The Flash #750 is also coming out in February.